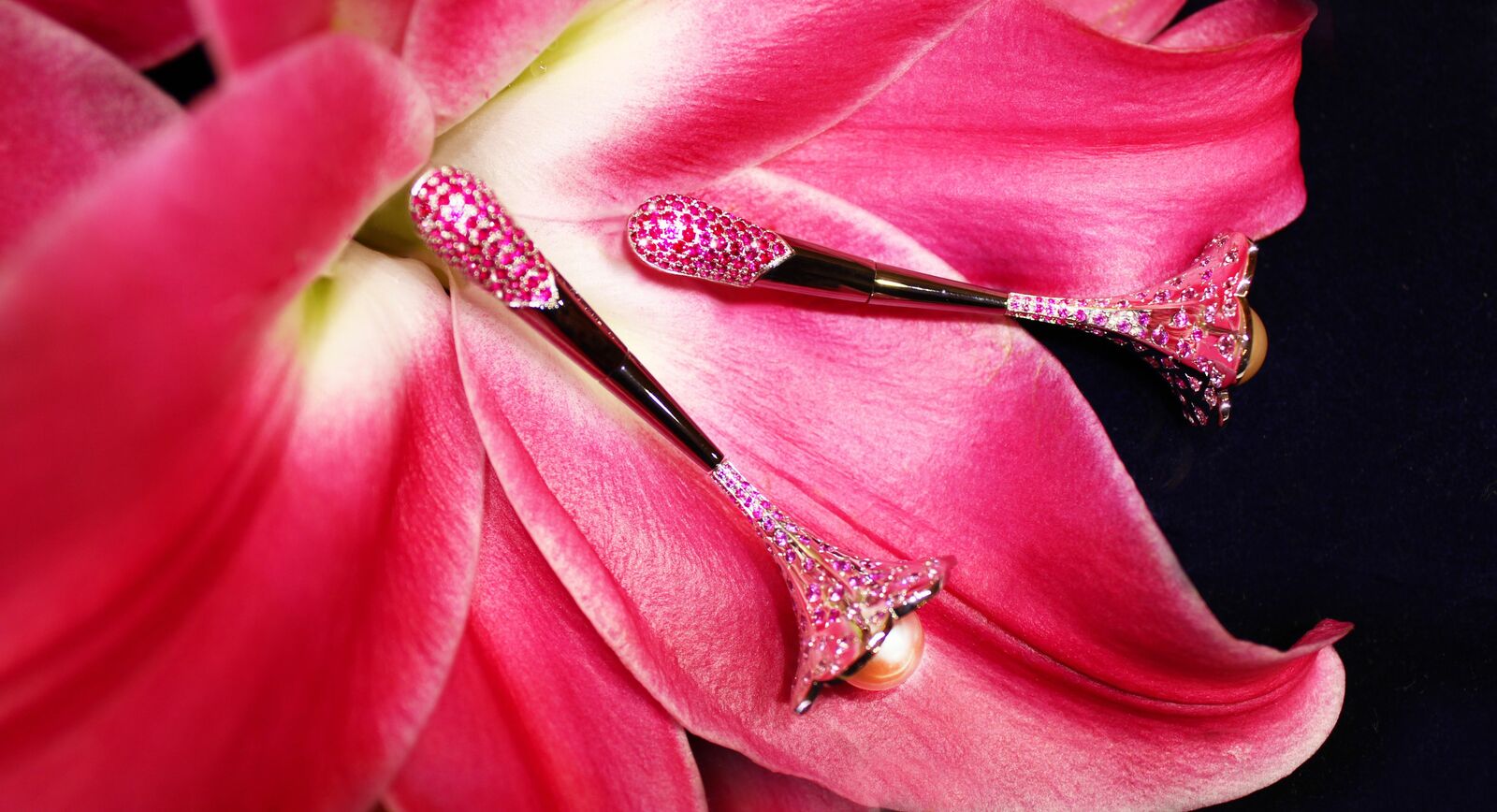 The story of Irina Falciano-Borodina: How Jewellery Came Into Her Life Along With Ballet

We have probably all heard the phrase “A talented person is talented in everything”, and I often find that this turns out to actually be the case. When you meet such people, it is always no less than a surprise and a delight, guaranteed to put a smile on your face; today I want to share one such acquaintance with you: Swiss jewellery designer Irina Falciano-Borodina.

The jewellery of Dinaboro is marked by its use of imaginative cuts of stone, which lend an intriguing peculiarity to their style. All of Irina’s pieces are unique; she specialises in haute-couture necklaces, rings and earrings, releasing her work under Dinaboro brand name. What makes her career particularly interesting, however, is that it began on a completely different course altogether. 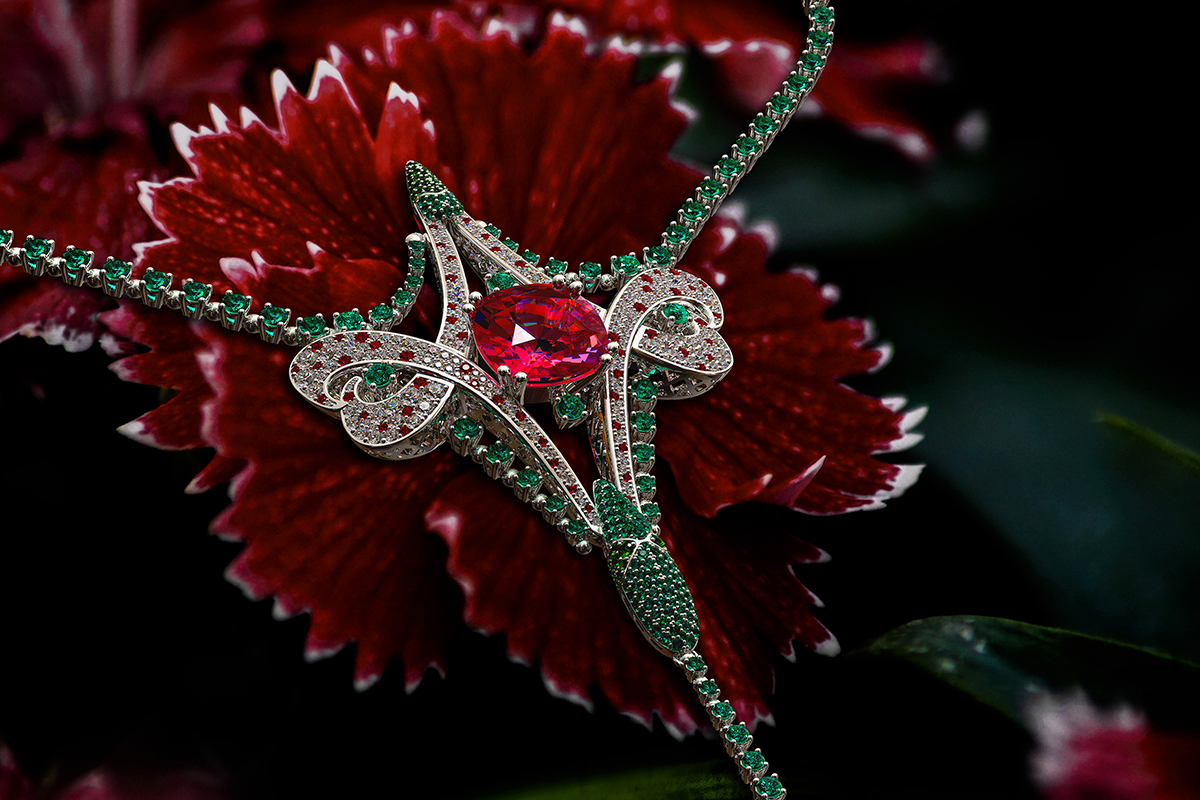 Irina’s professional life began very early when she was enrolled in ballet school. I asked Irina about the first steps in her creative journey and she told me: “Ballet was my life. It is a very taxing profession requiring discipline, responsibility, constant self-improvement, the ability to take criticism, a competitive streak and a huge amount of drive. I developed all of these qualities over the course of my studies and they have served me extremely well in later life.”

Filled with a desire to experience something new, exciting and unknown, she was drawn to countries, people and cultures she had never seen before. Irina chose a relatively unusual approach to developing her career as a ballerina: once she had completed her choreography training, she started performing with a private contemporary dance troupe which gave her the opportunity to travel abroad with her work. Thus she was able to satisfy her desire for travel, discovering new cities and communities and widening her circle of friends to include people from all sorts of religious and socio-economic backgrounds. 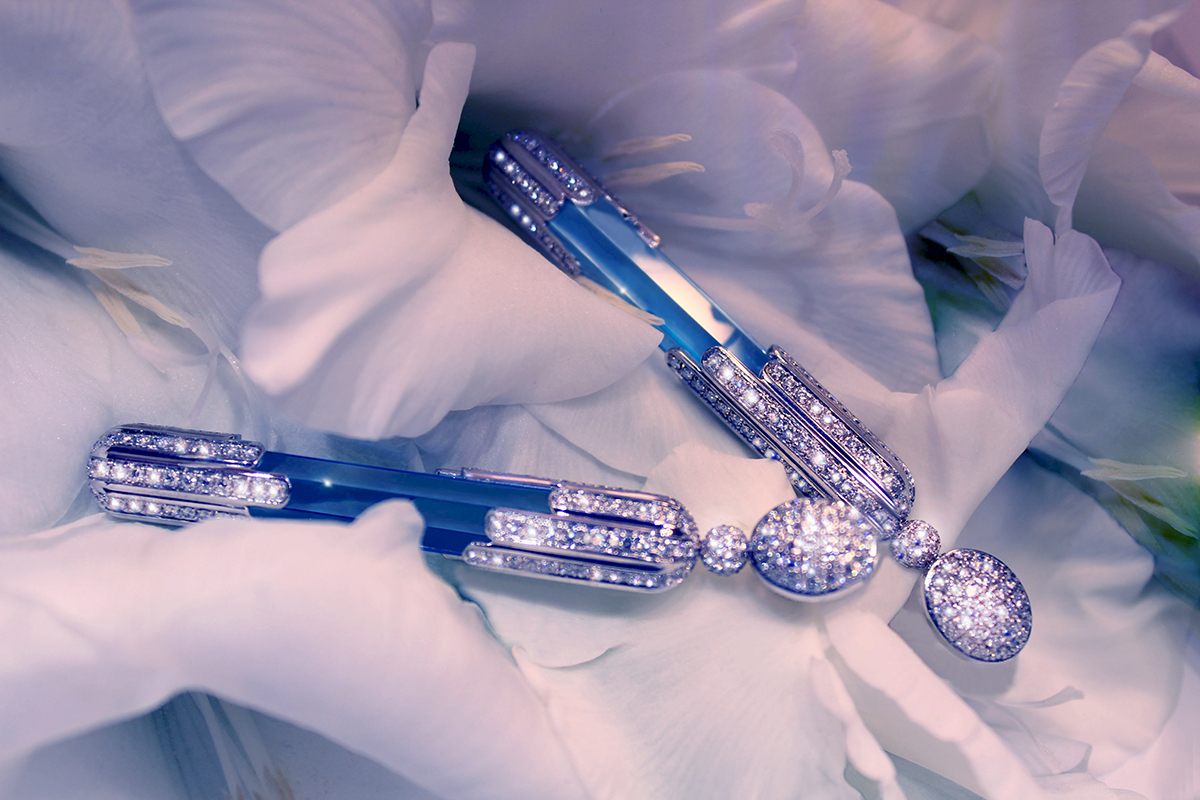 After several years travelling, during which time she met her husband, Irina finally ceased her endless touring and settled down in Switzerland. “This country has always appealed to me. Geneva is a city where people from all over the world feel comfortable,” she says.

“I have always been interested in jewellery; it came into my life at the same time as ballet,” she explains. This is hardly surprising; after all, costumes, decorations, theatricality and jewellery are all key features of classical dance. When her career on the stage came to a natural end she sought out new avenues of self-expression and landed upon the world of fashion and style. In order to achieve the necessary grounding she spend five years training at jewellery school in Geneva, before working for several years as a designer in a number of well-known Jewellery Houses. “It was while working there that I decided I wanted to establish my own brand. I liked the idea of being able to be part of the creation of a piece of jewellery from its inception to the finished article. It is such an absorbing process.” 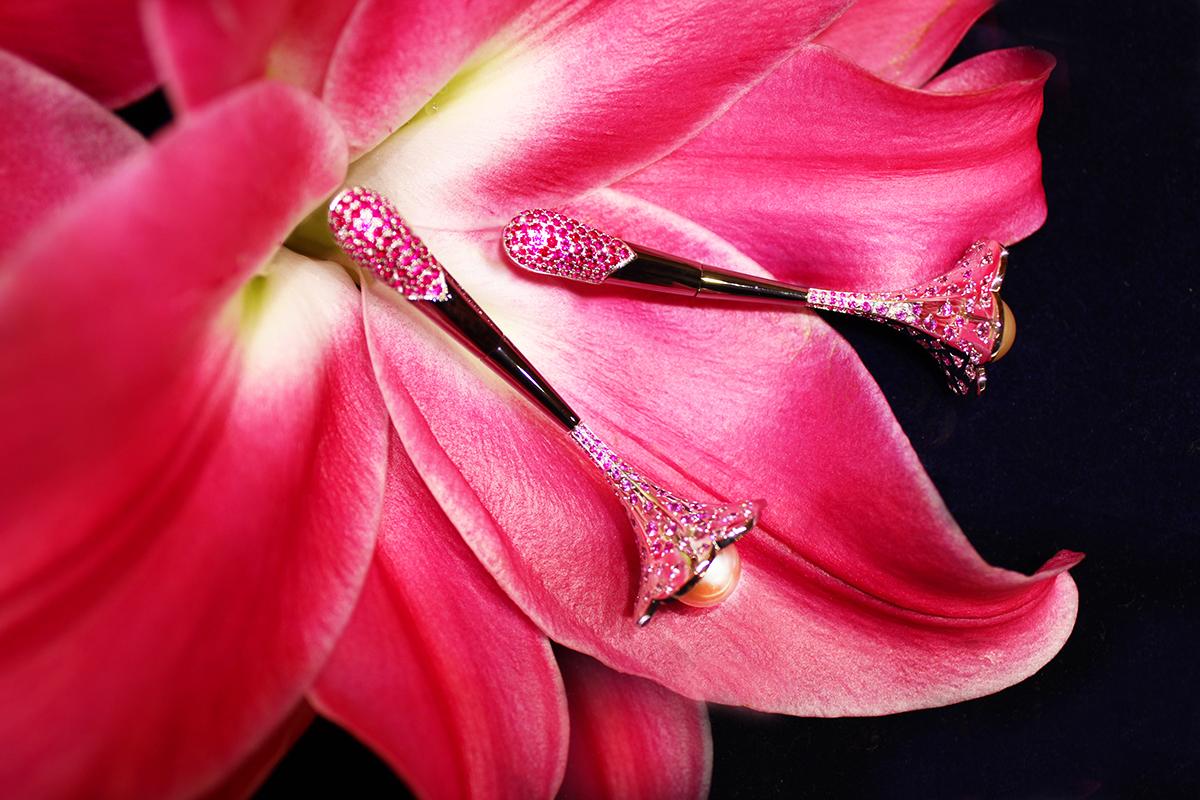 Today the Dinaboro brand creates jewellery on a limited edition basis or through private commissions, and Irina’s work can be seen on display in the Dinaboro showroom and at the Grand Hotel Kempinski in Geneva. The designer says of her work: “I genuinely hope that any woman wearing my jewellery will feel unique and beautiful.”

Clients of Dinaboro can order bespoke jewellery for special occasions designed to fit their own personal tastes. In order to ensure the best possible relationship with the client right from the initial concept stage, Irina produces a photo-quality illustration of the design, be it something based around the client’s stone of choice or a masterpiece of imagination straight from the mind of Irina herself. “I like to give a gemstone a second life.  The engaging work I do allows me to have direct contact with the people for whom I am designing, collaborating with them to bring their individual visions to life,” says Irina with a smile. 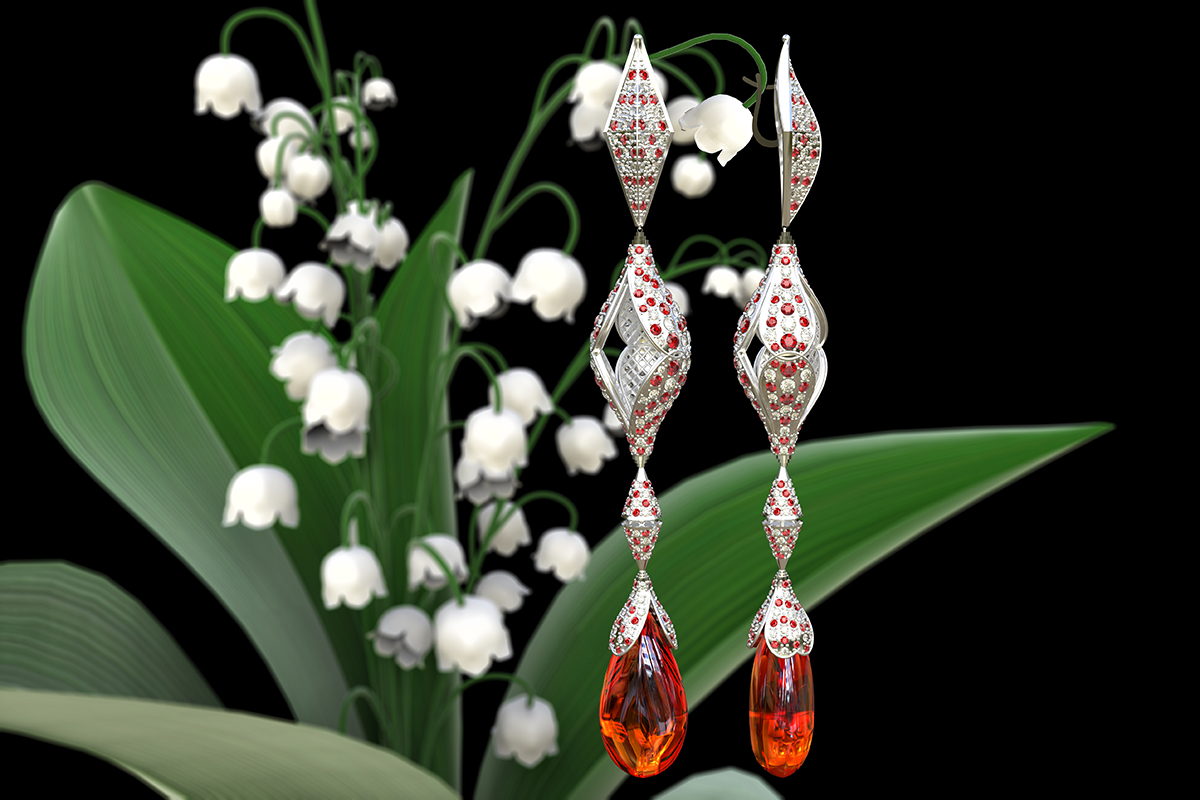 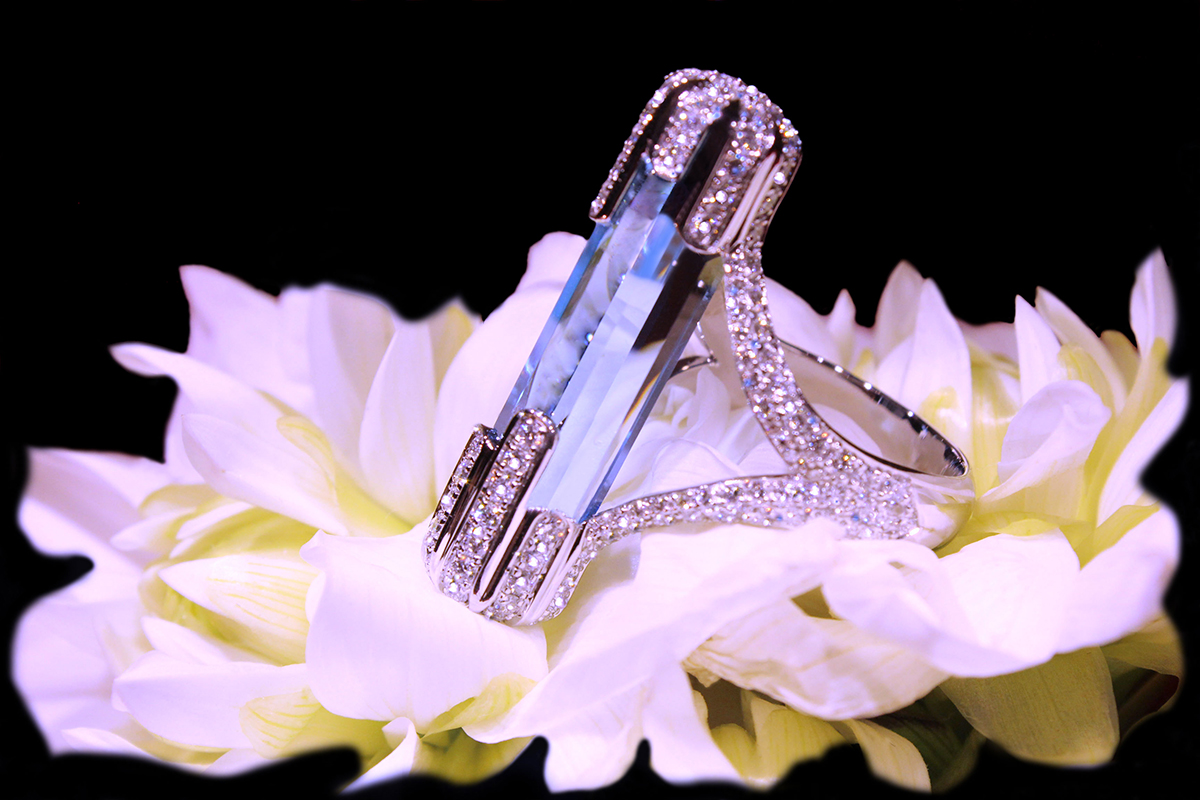 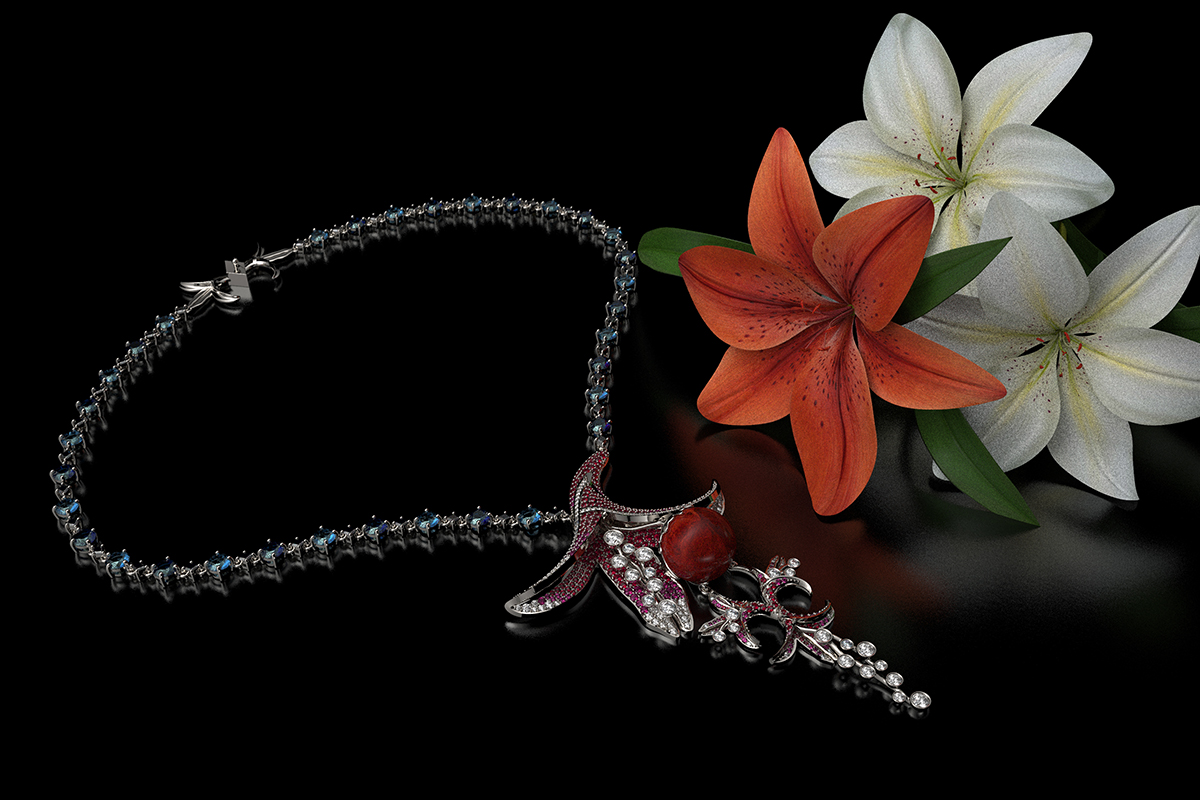 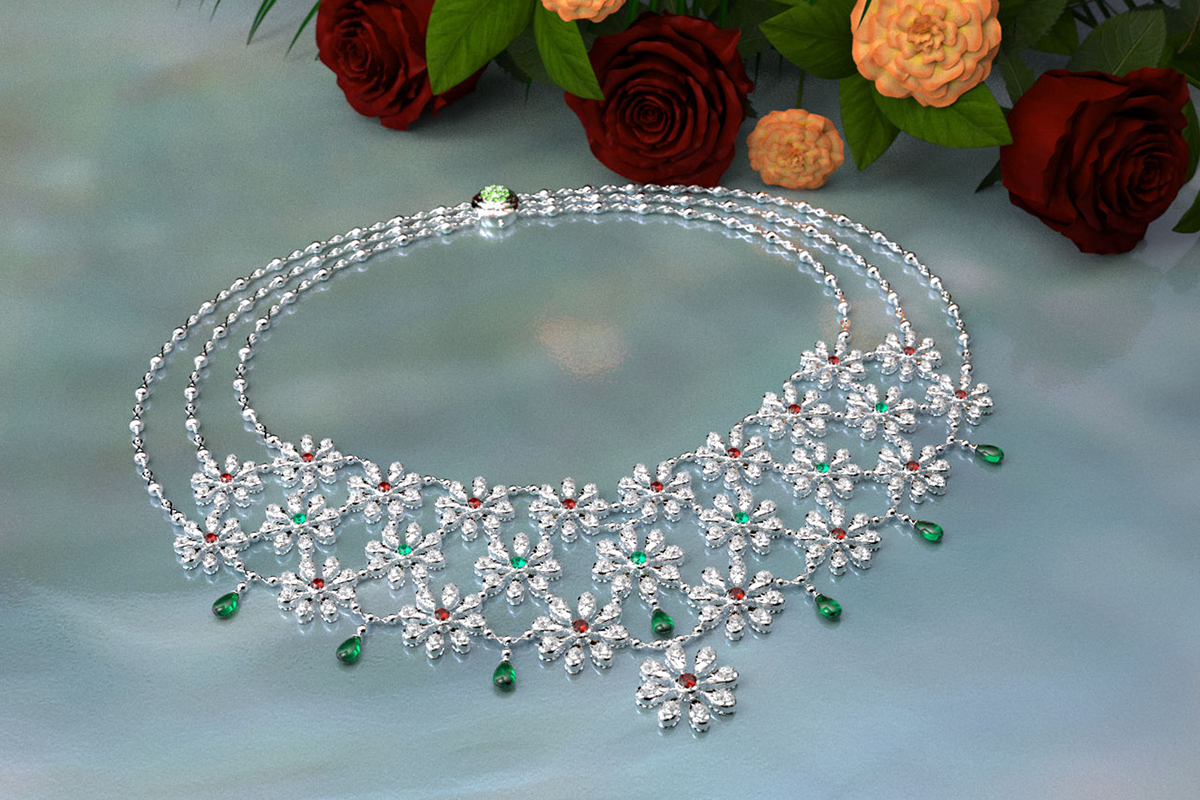 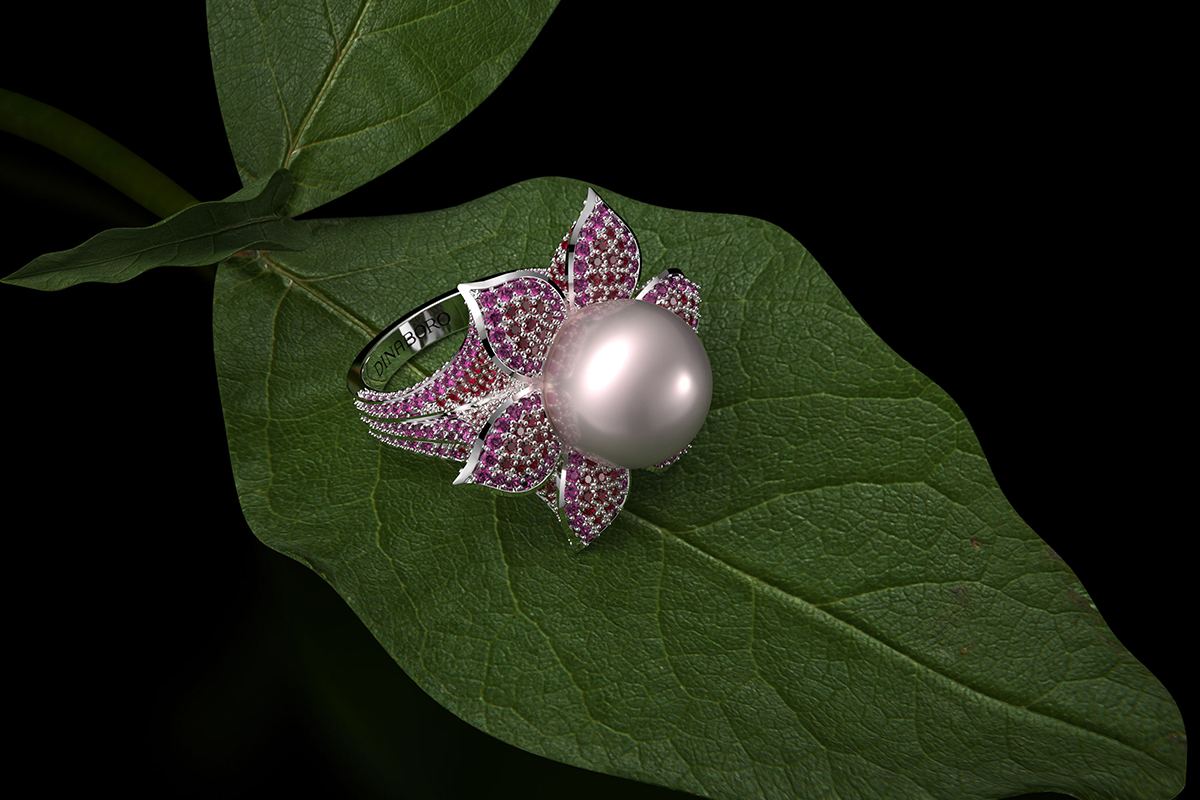 And so Irina, by unlocking a new avenue of her creative potential, has discovered the career of her dreams, and the jewellery world has discovered a source of ever brilliant new jewellery which never ceases to bring a smile to the faces of its owners.

Photos are courtesy of Dinaboro