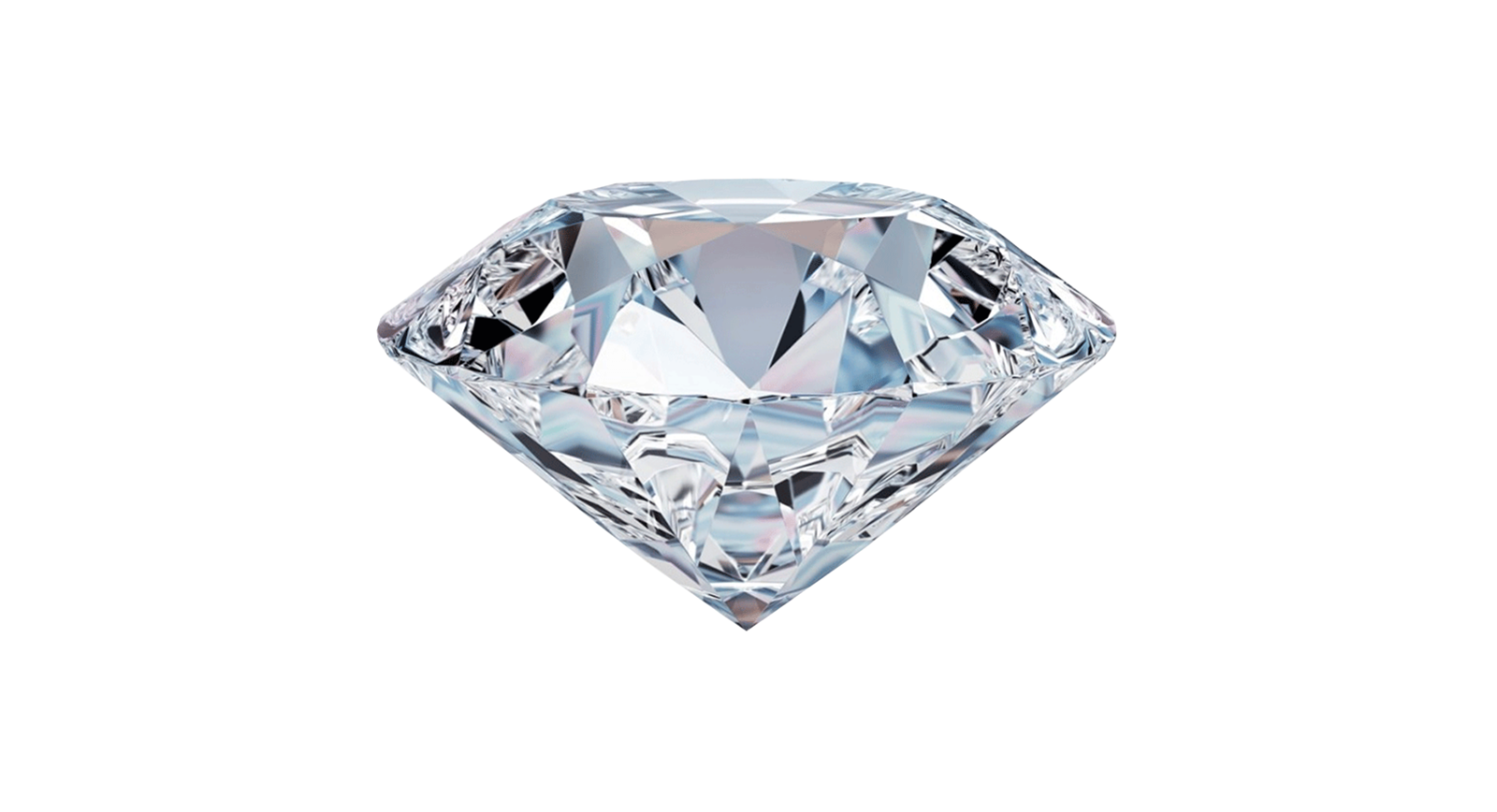 A lot is being written about branded diamonds in the jewellery marketplace as today there are more diamond brands than ever before. A few diamond shapes stand out for us among the rest, however each marketer claims its own has the highest brilliance and the best scintillation. But is one really better than the other? And is it actually worth spending extra money on a branded diamond anyway? Let us investigate so you can decide which fancy-cut diamond to choose for one of your most important lifetime occasions…with or without a branded name attached to it.

The Lucida® cut diamond was introduced by Tiffany&Co in 1999 at the culmination of many years of elaboration. Originally launched to celebrate the Eve of the new millennium, Lucida, which means “the brightest star in a constellation”, was chosen to highlight the beauty and unusual sparkle of a specific stone shape. It has 17 facets in the crown and 32 in the pavilion (33 with culet), which makes it 49 facets in total (50 with culet). Developed in-house by Tiffany, the Lucida® enjoys patent protection and a registered trademark, a testament to the cut’s significance, innovation, and exclusivity. All diamonds of or over .18ct have “LUCIDA®” inscribed on the girdle by laser.

The Asprey cut created by Gabi Tolkowsky. Asprey rings and a faceted diamond

Here is how Tiffany&Co itself describes the Lucida cut: “The diamond’s square mixed-cut shape, with wide corners, combines the classic elegance of a step-cut crown and a brilliant cut pavilion. Together these two facet styles strike a balance between period cutting-with its emphasis on line-and modern-style cutting-with its emphasis on brilliance, dispersion of light and scintillation”.

A unique diamond cut, designed by the world-renowned diamond cutter Gabi Tolkowsky, has been created to embrace the Asprey “A”. To achieve this cut, Tolkowsky looked back at historical diamond cuts and was impressed by the cushion cut diamond popularised between the seventeenth and nineteenth centuries. With its soft, not quite square shape, Tolkowsky thought it would provide him with various options for incorporating the Asprey “A” inscription around the edges of the stone. The dazzling stone is a modern interpretation of the traditional cushion cut shape. Created to maximize light refraction to brilliant effect, it has 61 facets.

Evidence of the power of family legacy, the Royal Asscher® Cut is an update of its 58-facet predecessor the Asscher Cut devised in 1902 by Joseph Asscher. In 1999, when Edward and Joop Asscher, great-grandsons of Joseph, upgraded the original cut with the help of what modern technology could then offer: The Royal Asscher Cut was born. With 16 more facets, larger step facets, a higher crown, and a smaller table, the diamond is perfectly symmetrical, produces more brilliance than the emerald cut and is more transparent than the round cut.

It is fair to say that the Royal Asscher® Cut is one of the creams of branded Cuts: there are less than seventy-five people in the world who can polish to Royal Asscher®’s exact specifications (additionally they can only be cut from an octahedral shaped rough diamond crystal, which are sawn above girdle). Naturally a worldwide patent protects the Cut and each and every Royal Asscher® diamond is laser inscribed with the logo and an identification number belonging to that particular diamond only.

The Ashoka cut diamond. Exclusively available in the UK at Boodles

In 1973, William Goldberg launched the William Goldberg Diamond Corporation, which marked the beginning of an outstanding career in purchasing and handling truly unique, prestigious and spectacular stones including the largest 102.23cts D Flawless oval-cut diamond in history, the “Beluga”. Goldberg’s business culminated in 1999 with the introduction of the diamond Ashoka® Cut named after the 41.37cts D Flawless Golconda diamond and since 2000 the William Goldberg Ashoka® is trademarked.

The Ashoka® Cut is essentially a modified cushion-cut with a rectangular shape and rounded corners. The trick is that with its 62 facets, the cut helps the stone appear larger than what it is. It can take up to six months for an Ashoka® diamond to emerge from the rough. The difficulty being that the rough must be larger and longer than most, and of course this occurrence is rare: it is said that less than 10 percent of all rough diamonds mined each year come close to have the potential to be carved into an Ashoka® Cut.

The creative obsession to come up with the ultimate engagement ring is what fuelled John Calleija’s Glacier-cut. By identifying the best from all available cushion cuts, it took John and his Antwerp-based expert stonecutter two years to define the game-changing cut that was introduced in 2005 – the Glacier Cut. Symbolically the time spent by John and his team to develop the cut is testament to enduring commitment and a labour of love, two core values of marriage. Add to that the fact that the Glacier Cut subtly instills more femininity and grace to the stone compared to what a normal cushion-cut does, and you have, by all accounts, a cut that is the epitome for engagement and the rings that cement it. Handcrafted and shaped perfectly each Glacier diamond is individually laser inscribed and its future owner may even choose to include a customised wording on the girdle of the diamond.

One day in 1998, Christopher Slowinski, owner of Christopher Designs, stood horrified at his bench when he realized he had made a huge mistake on an emerald-shaped diamond: while shaping the bottom of the stone to fit into a mounting, he accidentally sliced right into the rock, creating extra edges. This produced a 77-facet diamond that redefined how brilliant a diamond could be, and actually one Slowinski could patent. The name of this modified step-cut emerald is a reference to the crisscrossed facets that give the diamond its superior brilliance and fire, and incidentally it rings as a diminutive of Slowinski’s first name.

Crisscut diamonds set in a ring and earrings

Since its discovery, the Crisscut® design has been marketed to modify four different shapes: emerald, cushion, Asscher, round, hereby enhancing the appeal of each particular cut. Besides, Slowinski has also developed a distinct patented brand, l’Amour Crisscut® Diamond, a one-of-a-kind stone with a larger than life appearance, reflecting light from every angle. In essence, the L’Amour Crisscut® Diamond by Christopher Designs redefines just how brilliant a diamond can be.

It does not come any better than this for corporate edge, all the more if you are in the business of fashion and jewellery: having a diamond cut matching your own logo symbol. It is the Lily Cut®, developed, patented and exclusively cut by Israeli company Lili Diamonds, which since 2007 is the subject of an exclusive agreement with French Luxury power house, Louis Vuitton. It sees all Lily Cut® diamonds reserved for Louis Vuitton jewellery as it befittingly matches their iconic ‘four petals’ monogram. As a result, the diamond cut has since been synonymous with Louis Vuitton, and ultimately labeled as an ‘It’ diamond.

With 65 facets on average, the fancy Lily Cut® resembles a flower that comes with two different shapes: a rounded flower diamond with curved petals/edges and a pointed flower diamond with sharp petals/edges. Both visually arresting and so unique, the Lily Cut® comes at a price: the cutters loose anywhere between 25 and 50 percent of the weight of the rough stone. However, this is a price to pay to get the holy grail of branded cuts.