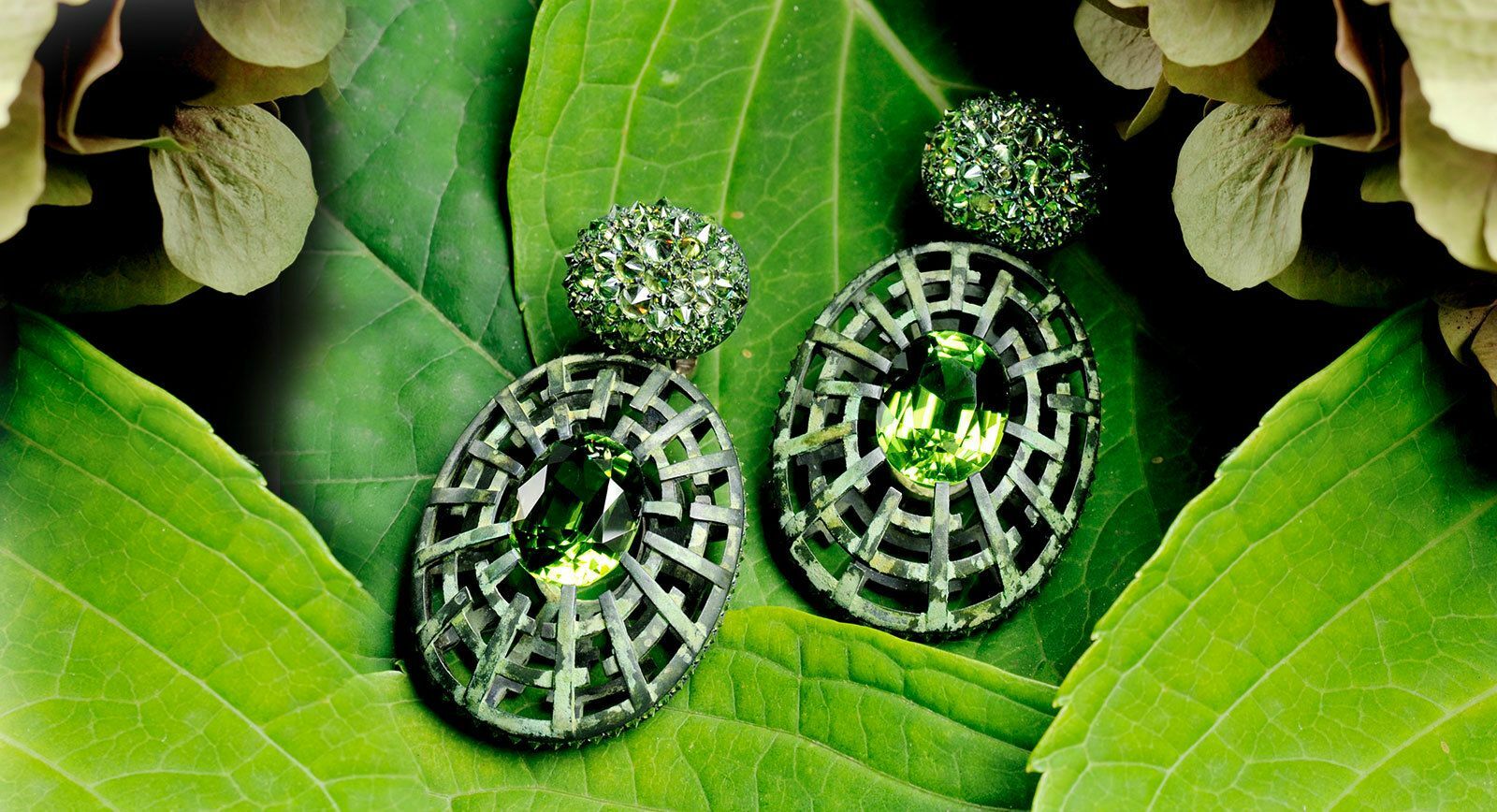 There is no stone quite like the peridot, the beautiful birthstone of August. Its vibrant hue is quite unique in the world of jewellery – a refreshing shade of green that is often compared to freshly cut grass, or olives if the peridot is green with a subtle yellow undertone.

The gem variety of the mineral olivine, peridot was first mined by the Ancient Egyptians on the volcanic Red Sea island of Zabargad. While strongly coloured specimens in larger sizes are extremely rare, smaller sized peridots are often very accessibly priced, which adds to their allure for jewellers and jewellery lovers alike. There are many myths, legends and interesting facts associated with this glorious green gem. Here are 10 of my favourites. 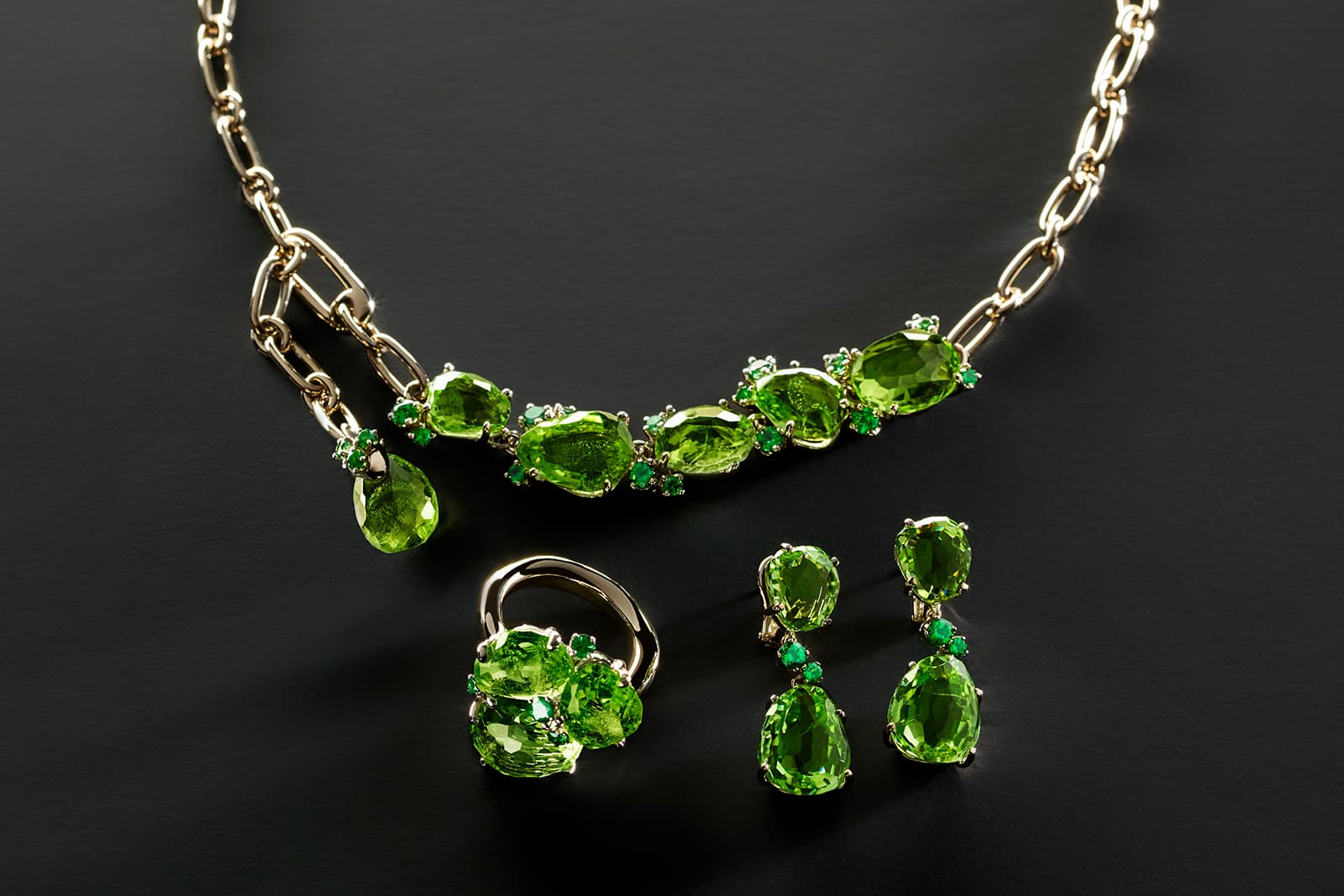 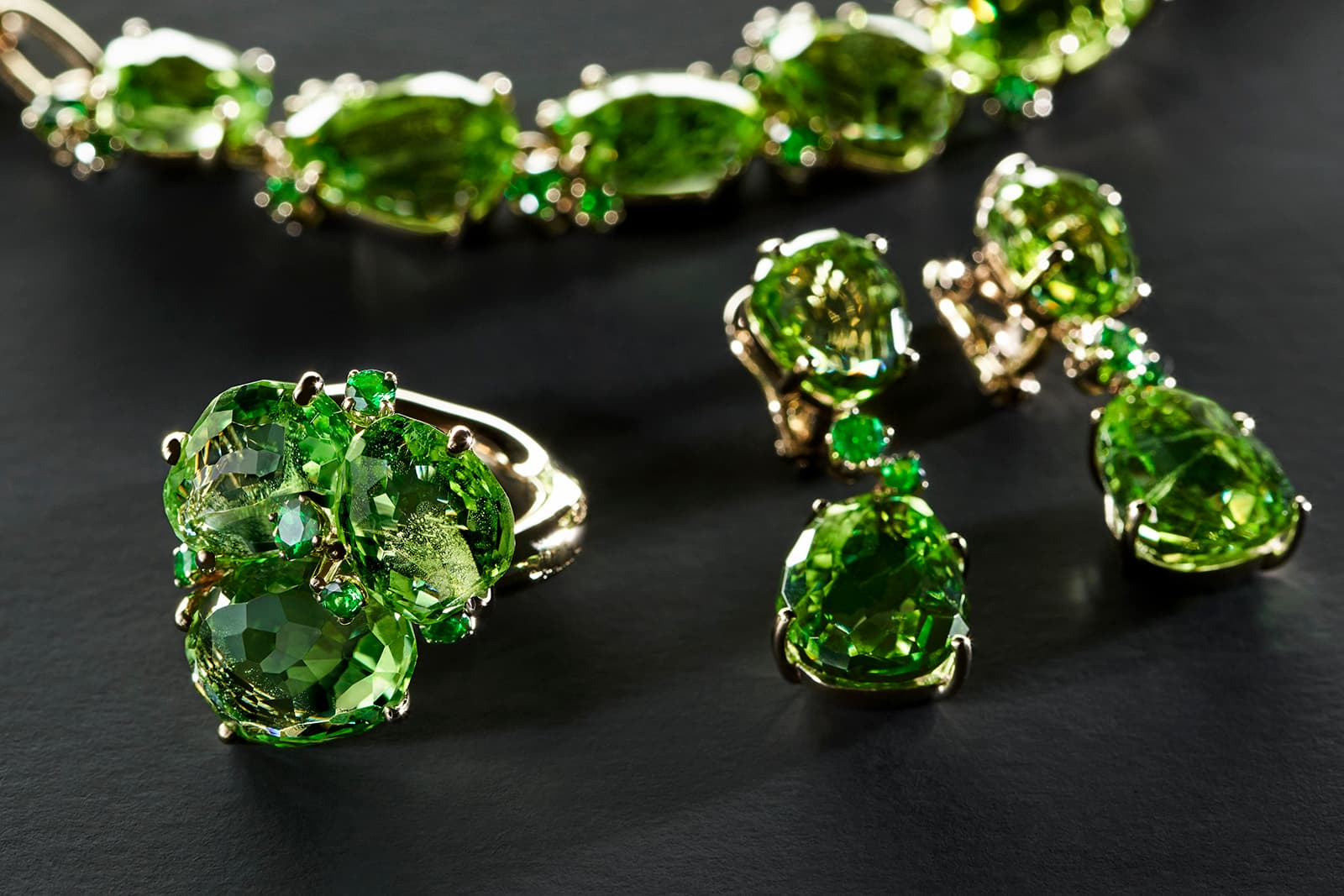 For more than two millennia, peridots have been closely associated with light. The Ancient Egyptians worshipped them, believing them to have fallen from the skies and referring to peridots as “the gems of the sun” (see fact number 10 for evidence that they were actually correct!). Egyptians priests, meanwhile, would crush them up and mix them with hot drinks. They thought that imbibing peridot would bring them closer to the light of the world. Peridot is often referred to as “the Evening Emerald” because of how it shines even at night and in artificial light, which leads us neatly to fact number two. 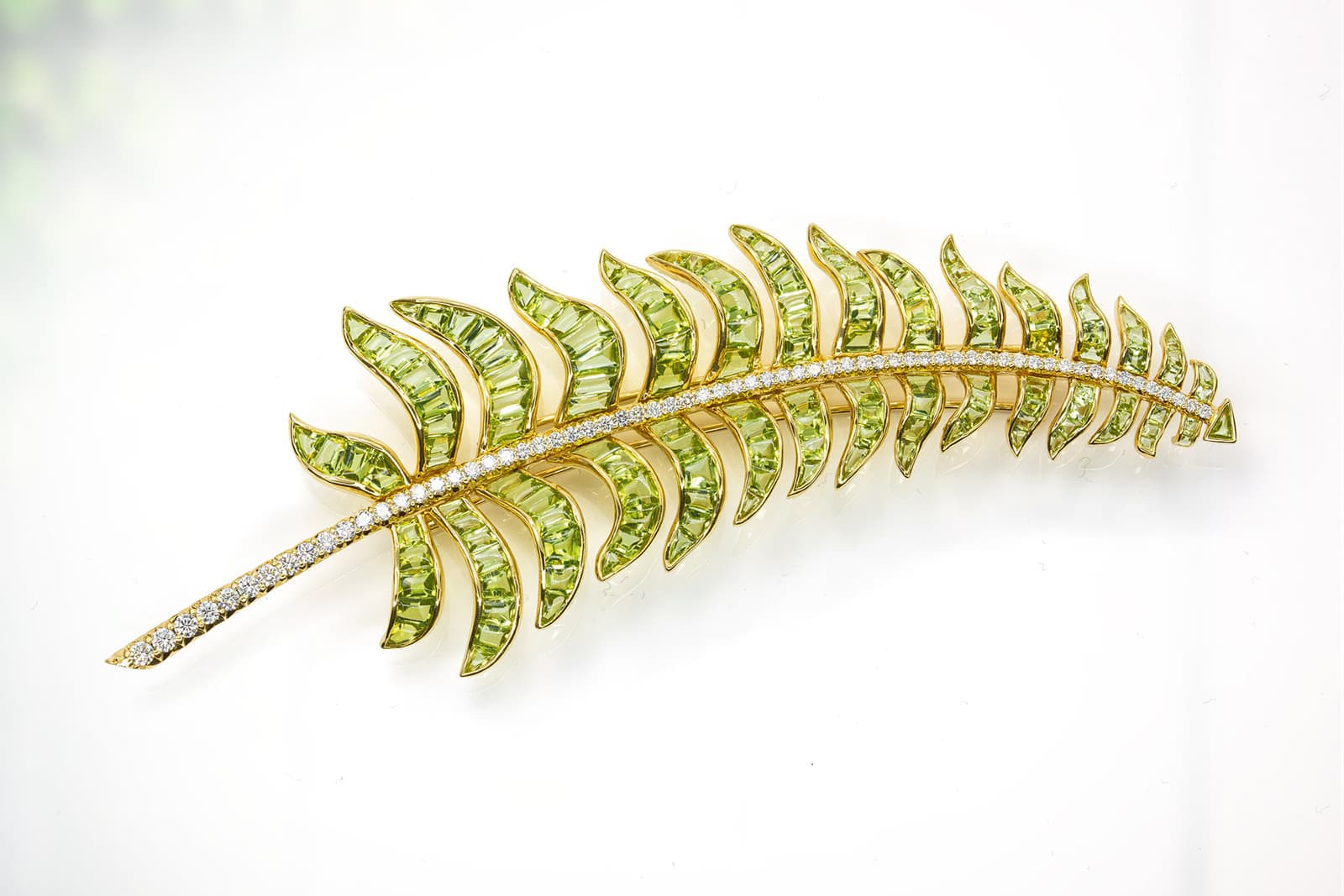 Throughout history, peridot has been wrongly classified as emerald numerous times. Legend has it that Cleopatra’s legendary collection of emerald jewels were in fact peridots, while the 200 carats of green gems gracing the shrine of the Three Holy Kings in Germany’s Cologne Cathedral, which were for centuries believed to be emeralds, are, in fact, peridots. 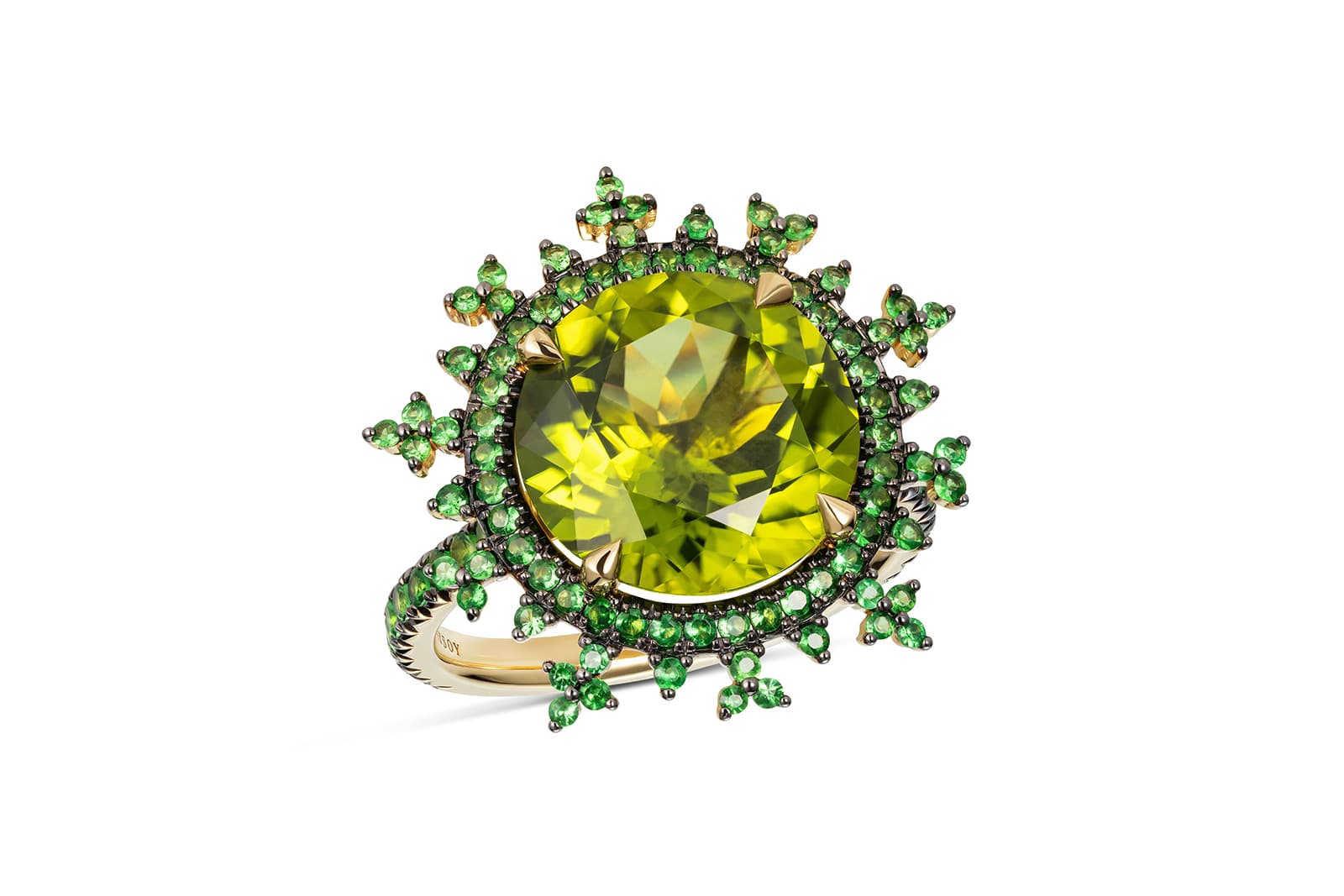 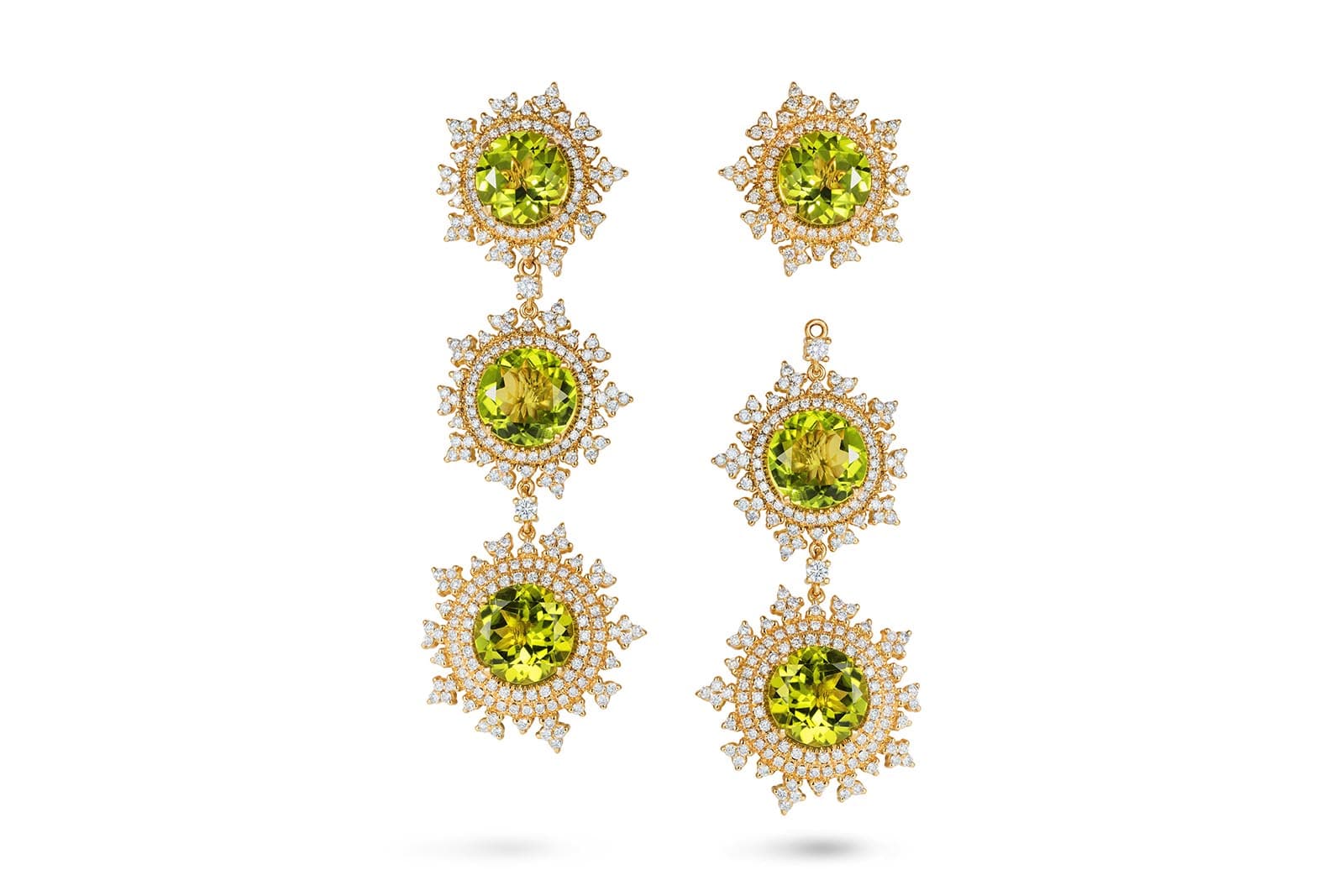 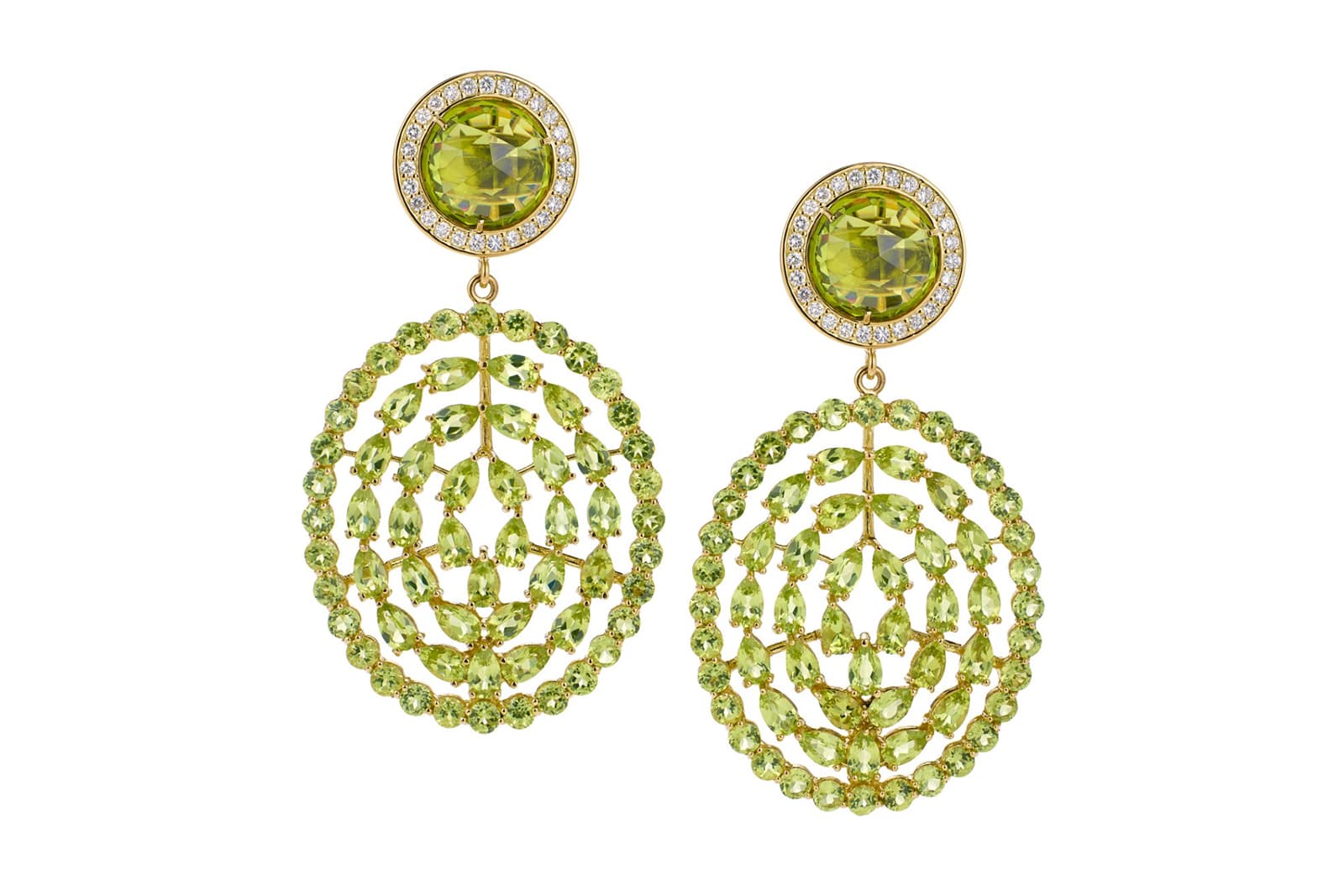 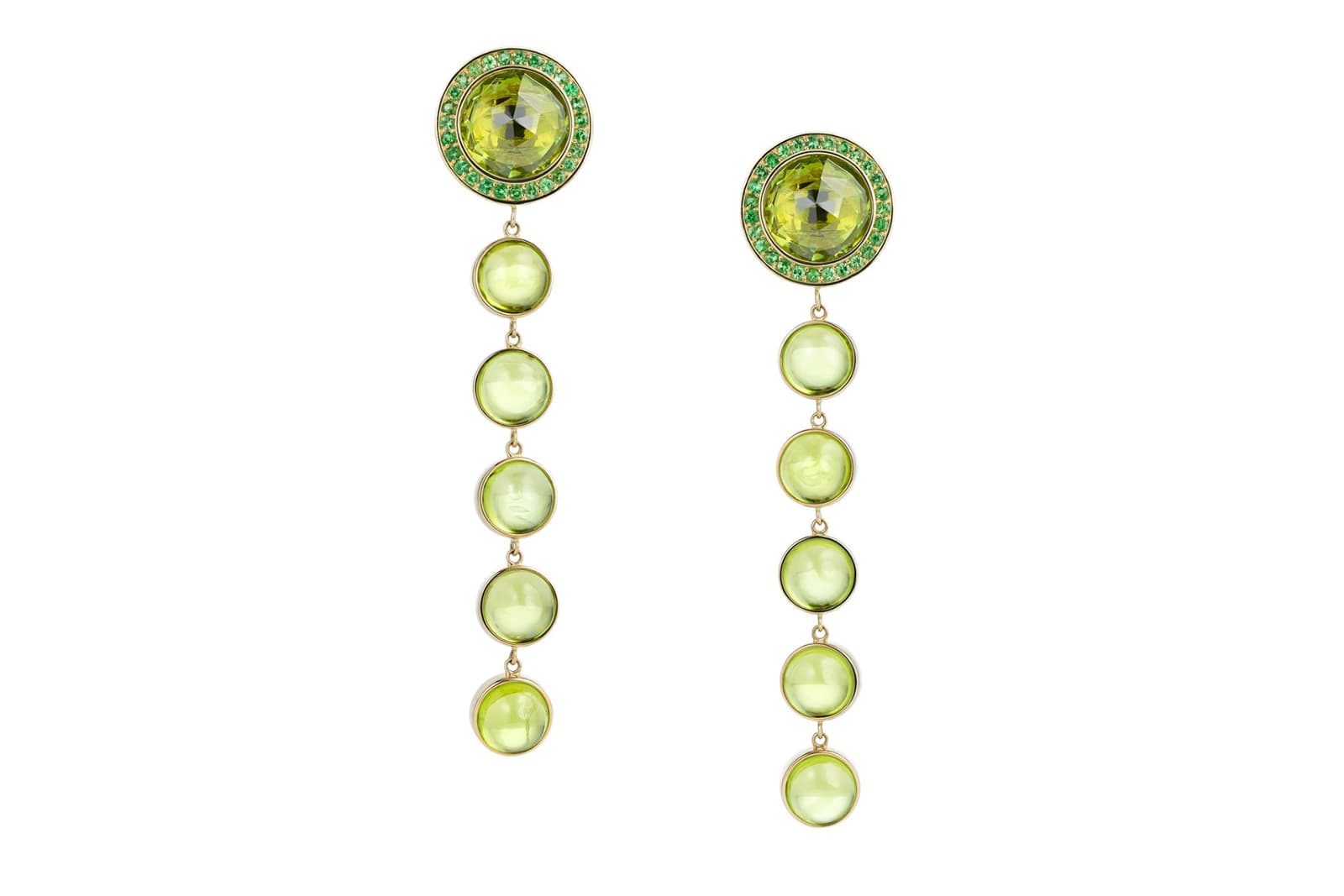 The popularity of peridots grew in the mid-1800s, reaching its peak in the Victorian and Edwardian eras, when flamboyant jewels set with colourful gemstones were the height of fashion. Edward VII of England, after whom the Edwardian era was named, loved peridots so much that he declared they were his favourite gemstone. His nine-year reign on the throne might have been short, but the peridot’s popularity continued throughout the 20th century. 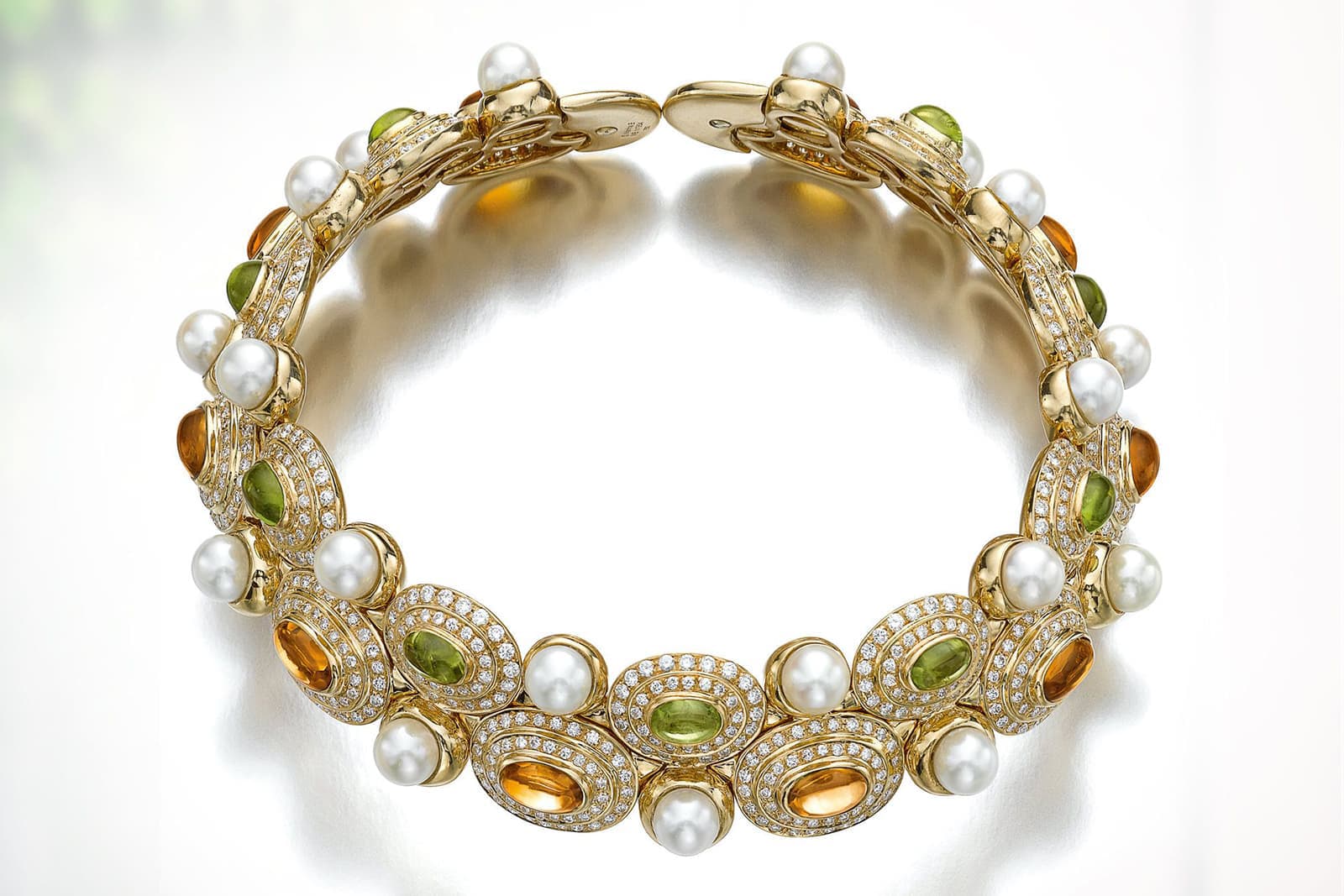 Peridot is often referred to as chrysolite, which is Greek for “golden stone”. At the turn of the 20th century, geologists stumbled upon samples of chrysolite so often that they came up with the theory that an olivine layer of rock existed above the Earth’s core. This theory has yet to be substantiated, but it is fascinating all the same. 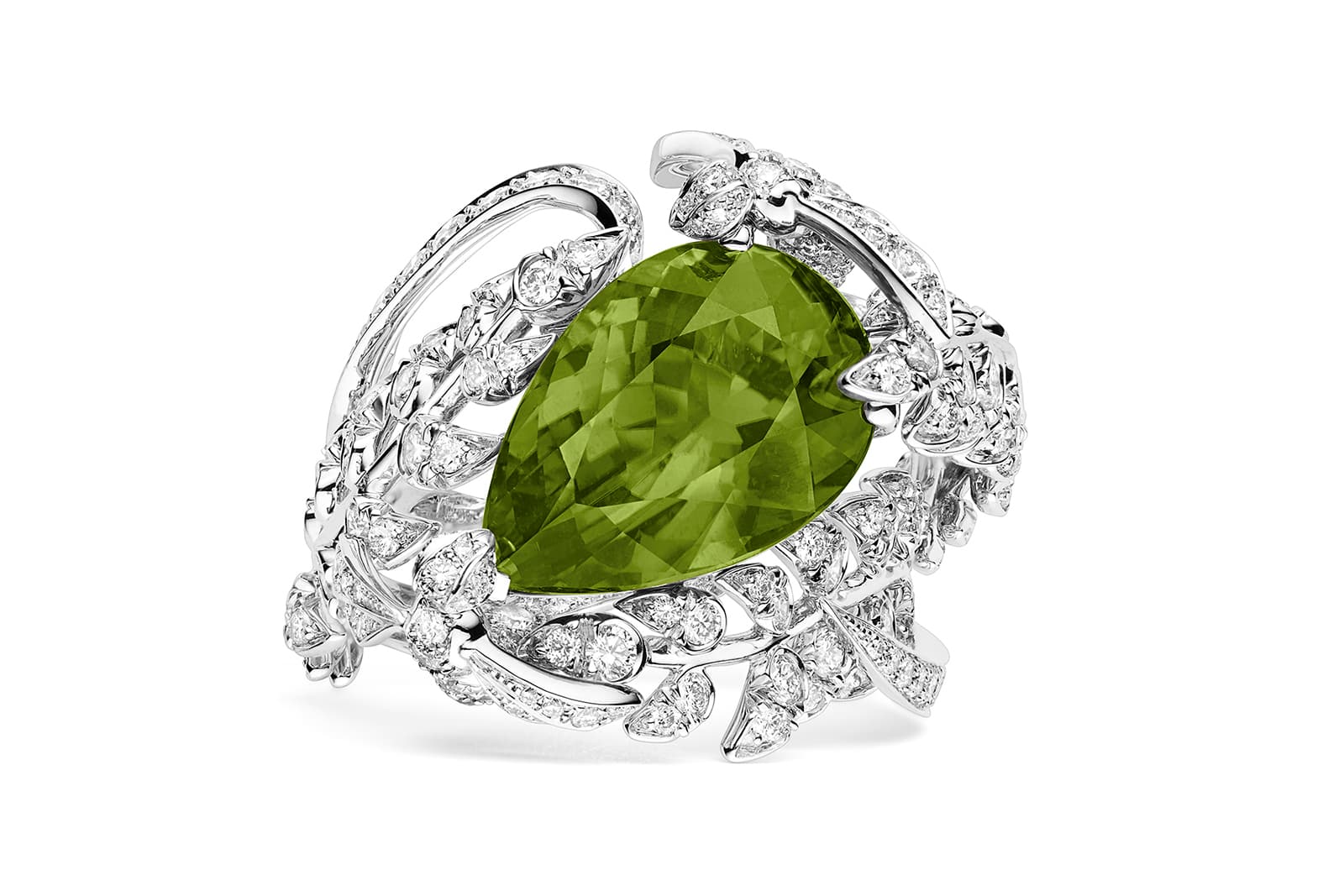 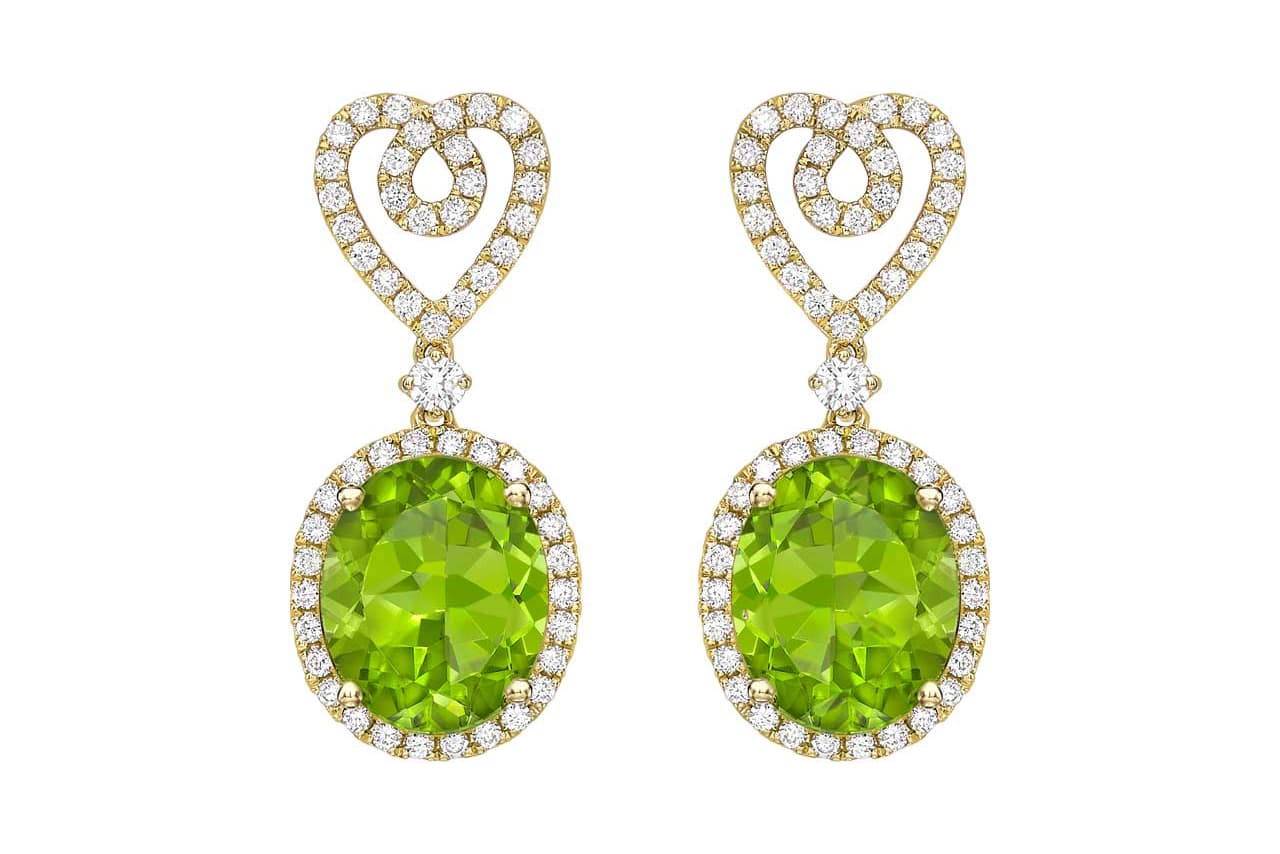 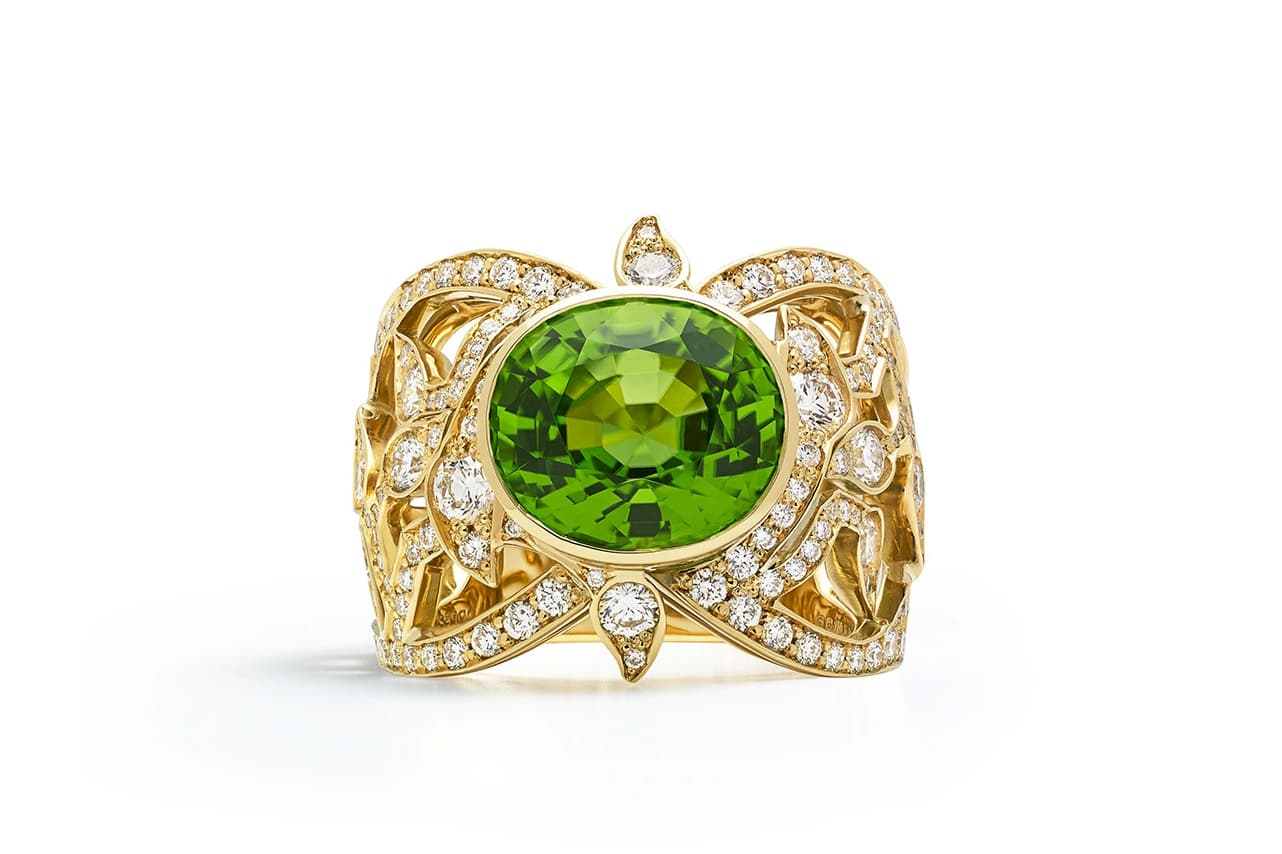 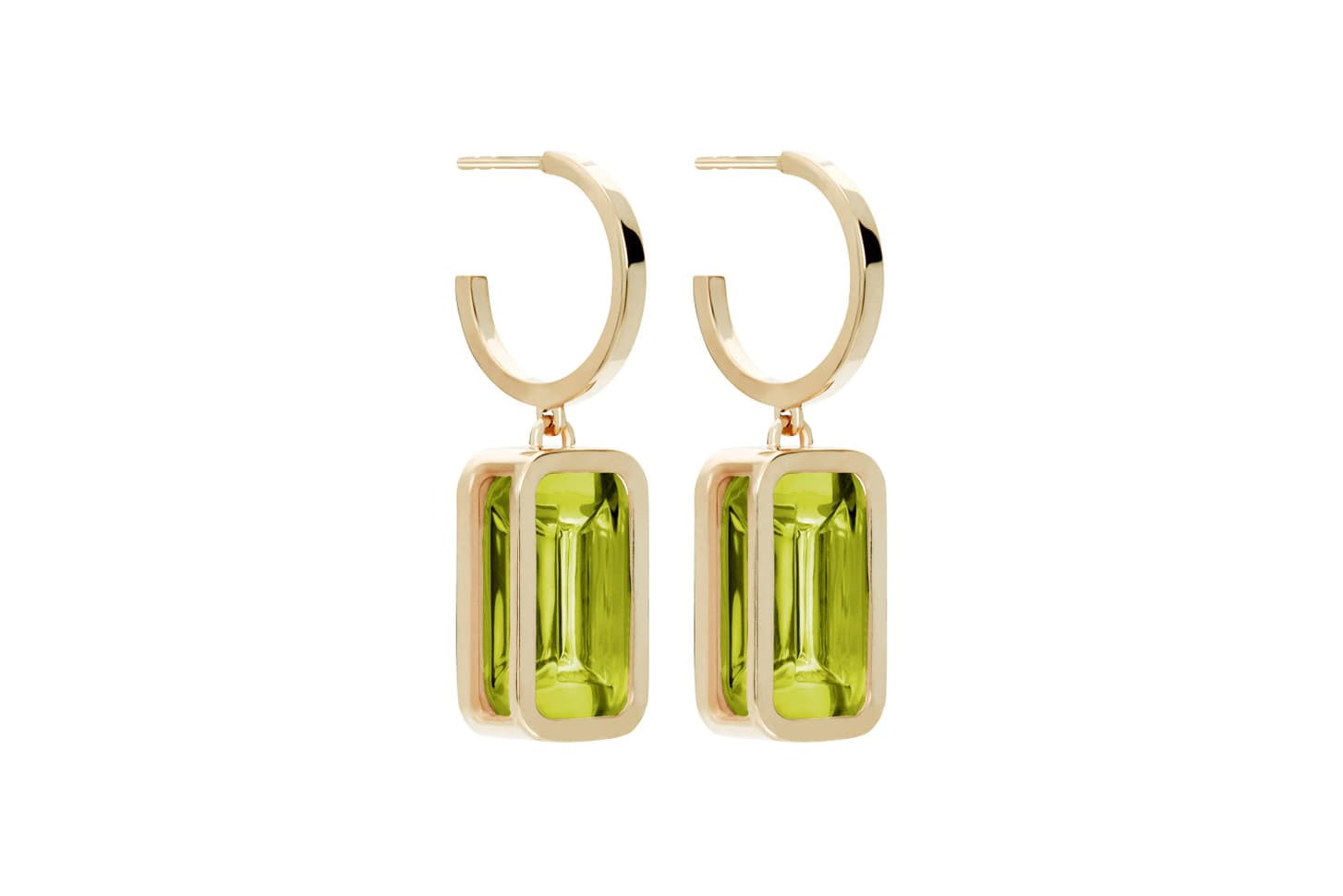 The formation of peridots occurs only in the most extreme conditions. Originating deep within the Earth’s mantle, violent volcanic eruptions propel them to the Earth’s surface or deposit them within the magma, near enough to the surface for the stones to be discovered and mined. One of the most recent geological events to shine a light on peridots occurred when the Kīlauea volcano erupted in Hawaii in 2018. Shortly after, people began discovering small green “pebbles” that were later identified as olivine. While the specimens were not gem quality, these pretty green stones are testament to the island state’s long history of peridots. Referred to by locals as the tears of Pele, the Goddess of Fire and Volcanoes, Hawaii has one of only three green beaches in the world, where the sand is rich in the mineral olivine. 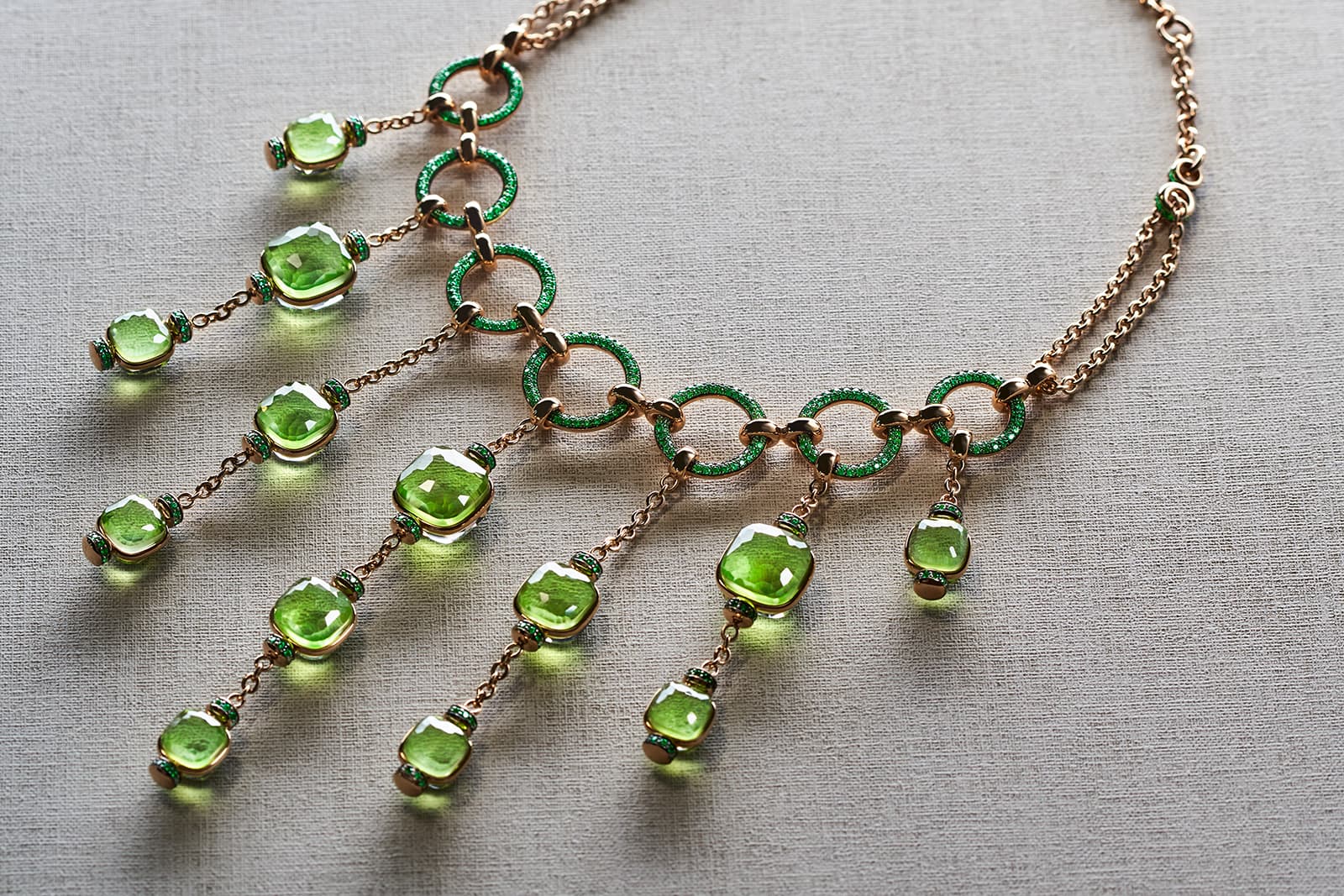 6. The greatest peridot of them all

The largest cut peridot in the world weighs 311 carats and is on display at the Smithsonian Institute in Washington, D.C. This epic mixed cushion shape stone originated from the Zabargad Island in Egypt, where peridots were first mined as early as 1500 B.C. by the Pharaohs. Another impressive peridot forms part of Russia’s Diamond Fund, a unique collection of gems, jewellery and specimens on display in the Kremlin Armoury. The yellowish-green stone weighs 192.75 carats and once belonged to the Russian royal family. 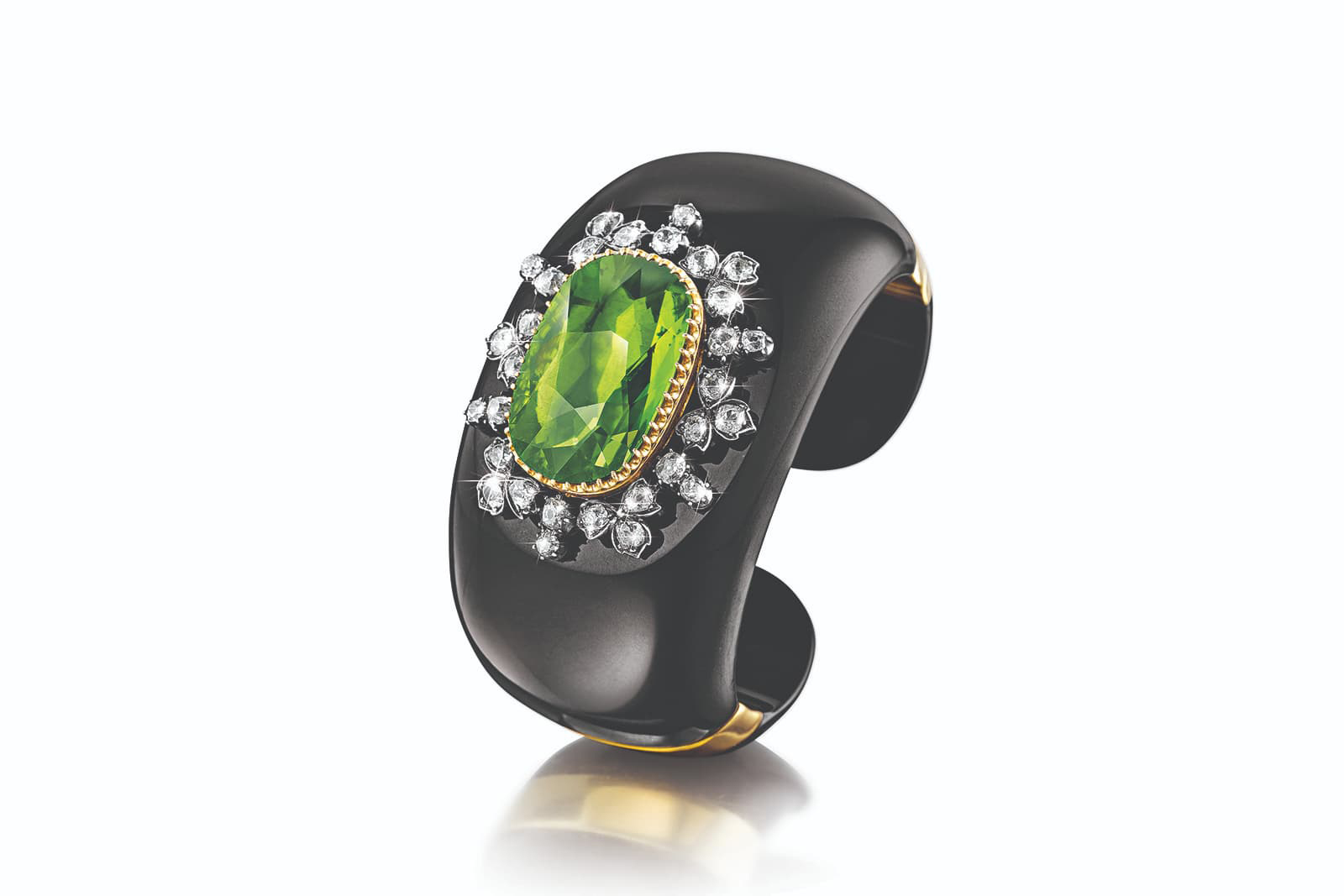 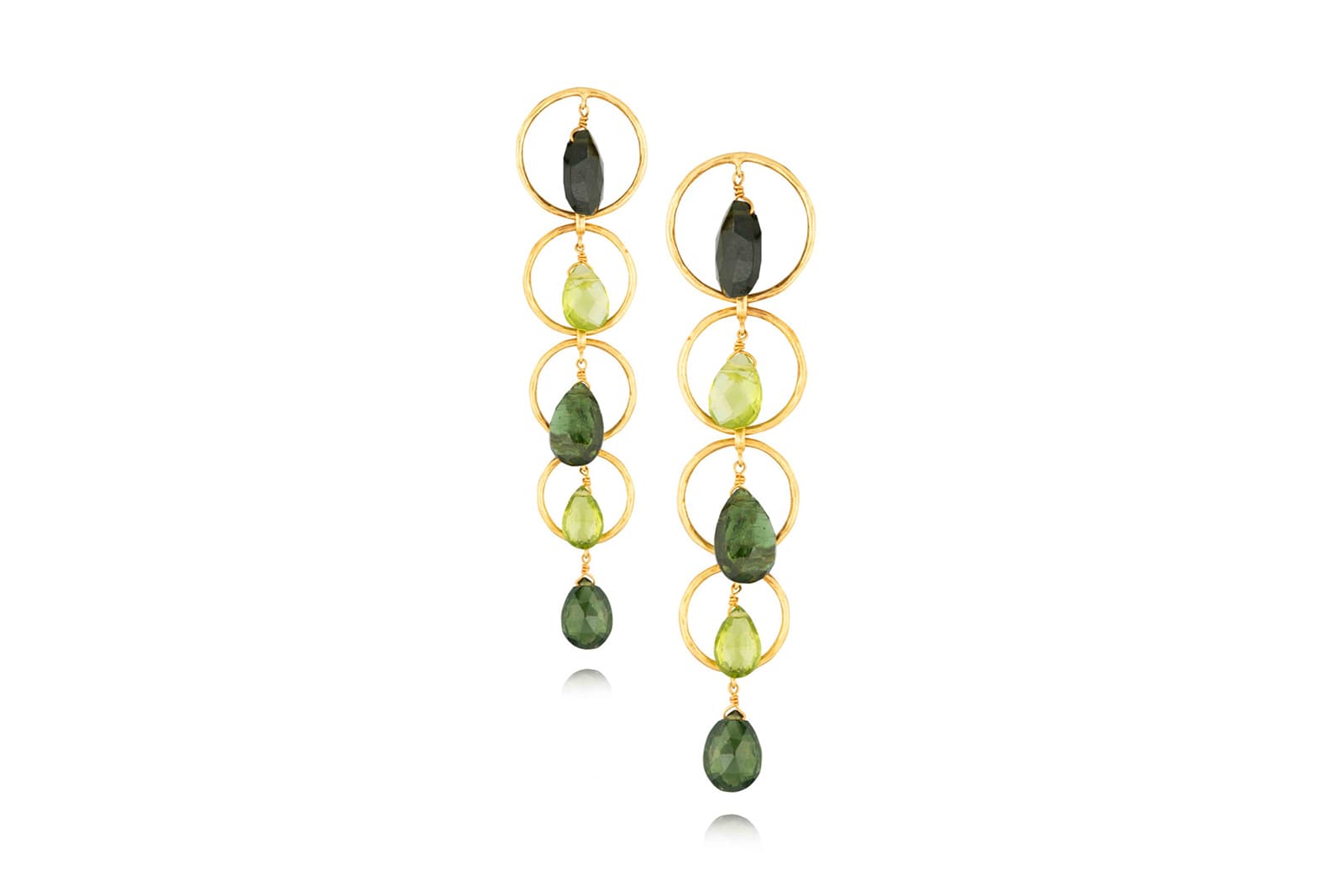 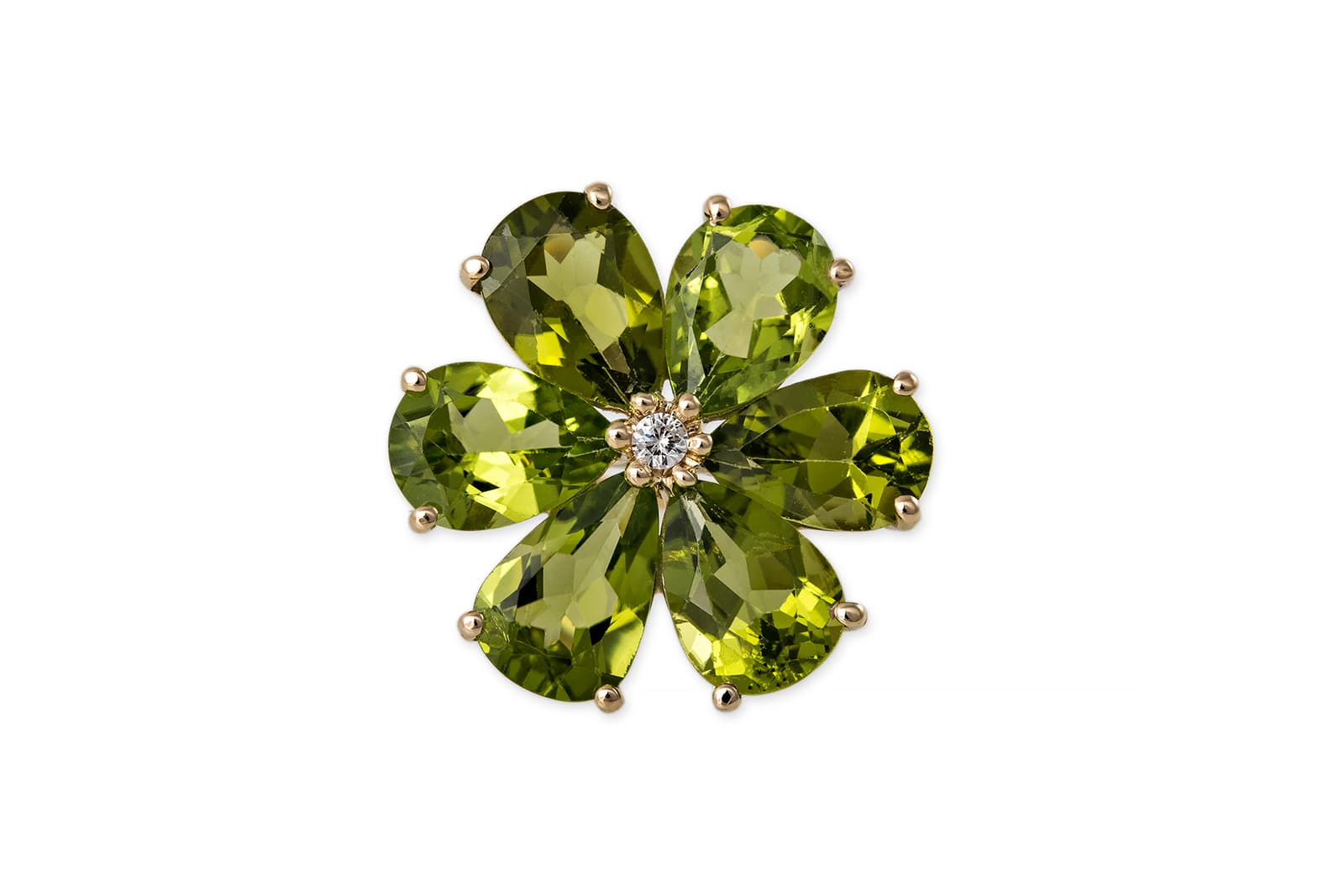 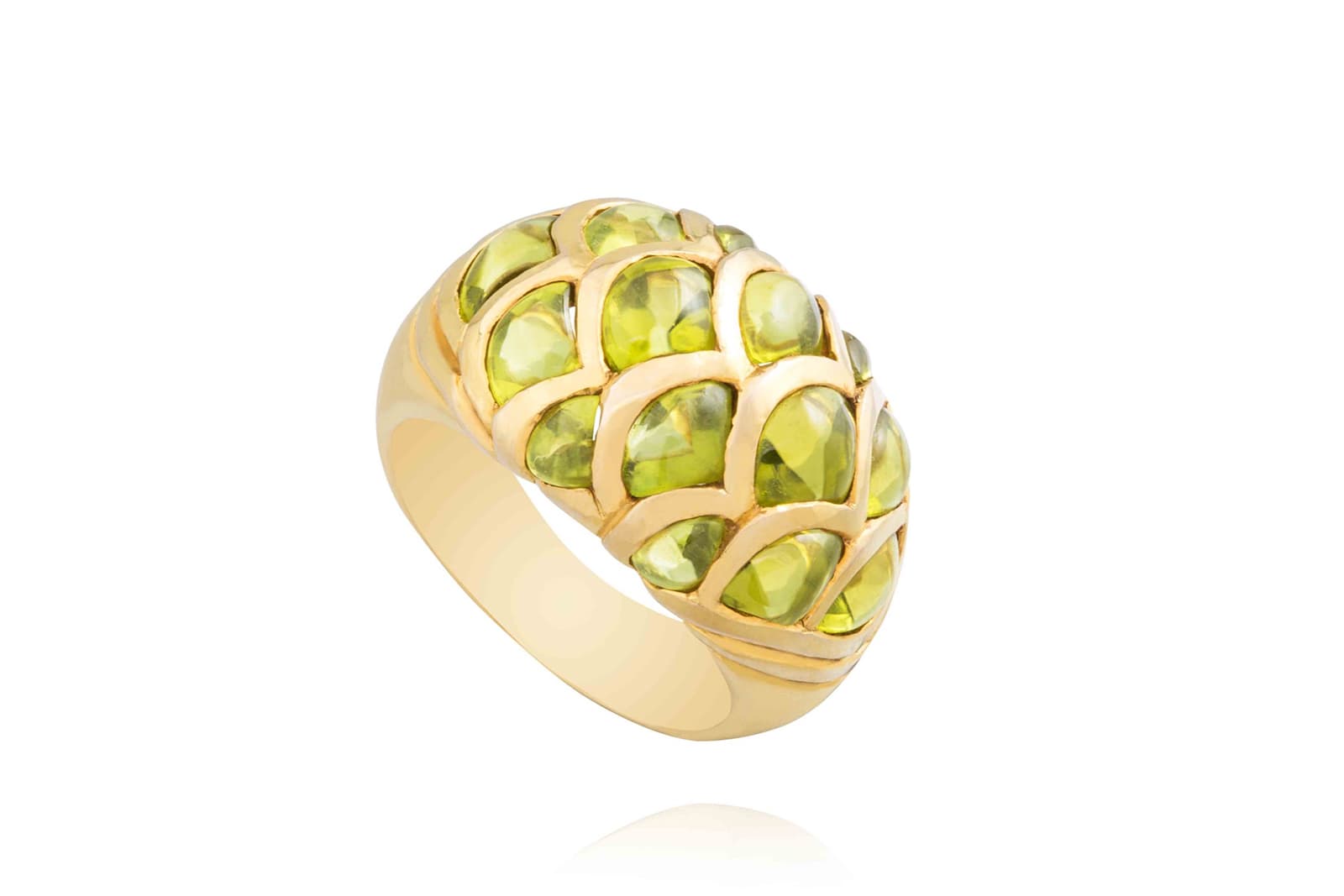 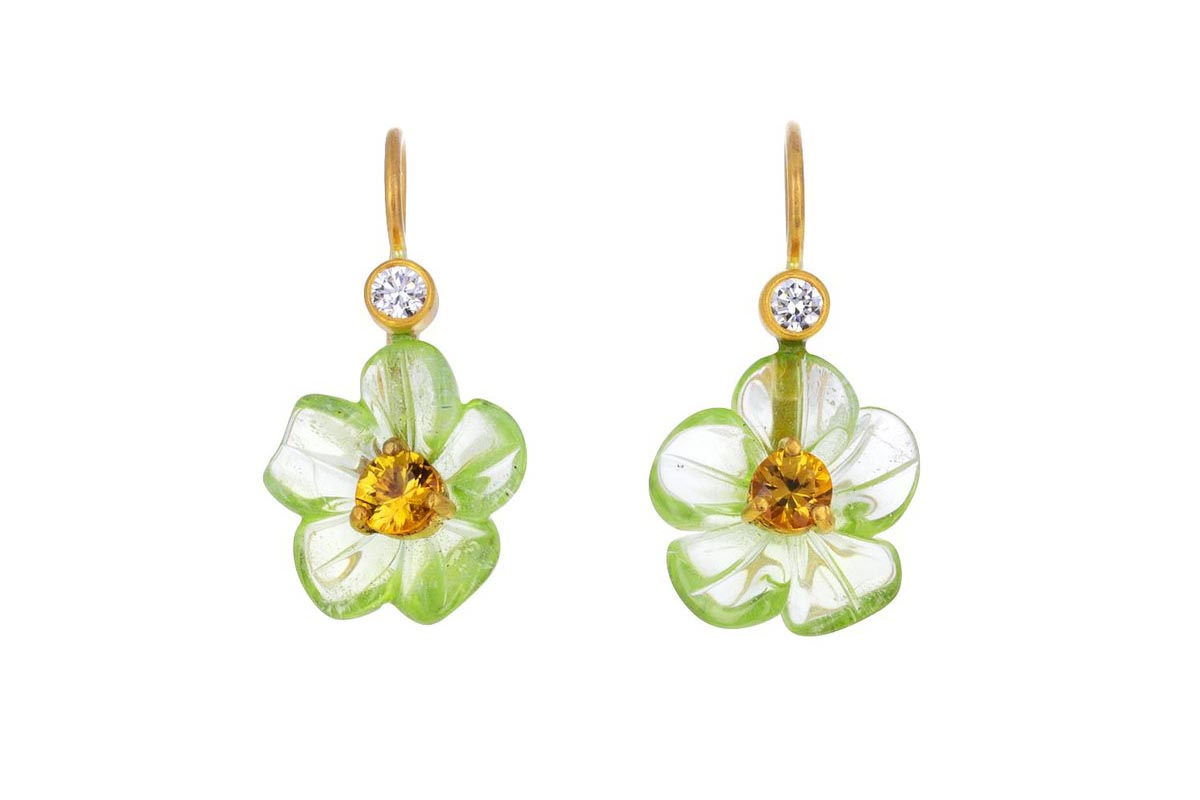 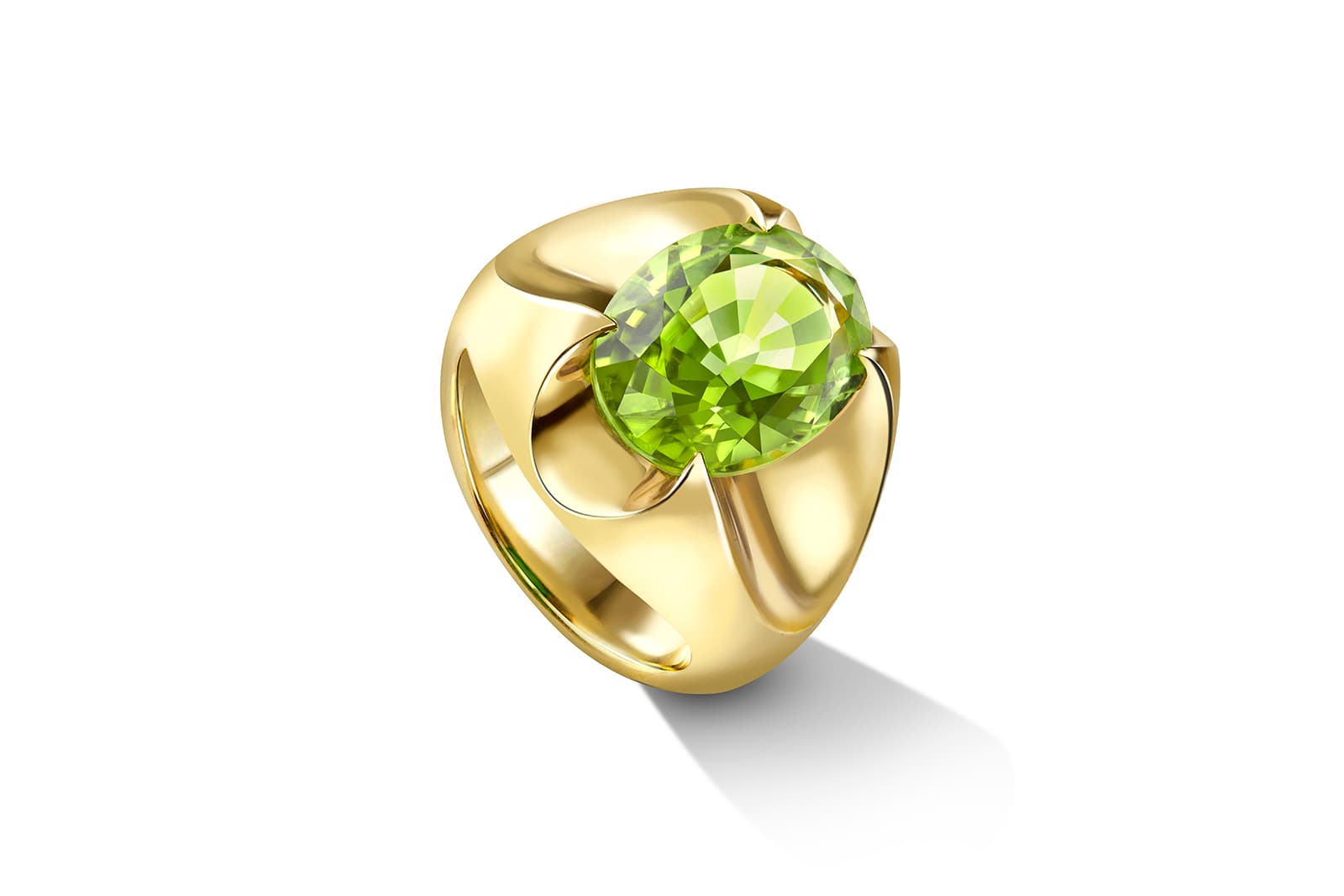 The most famous collection of peridot jewellery belonged to the Austrian Grand Duchess Isabella. The Habsburg Peridot Parure comprises a tiara, necklace and earrings and was initially created circa 1825 by the imperial Hapsburg jeweller Kochert for the Grand Duchess Henriette, wife of Charles, the Grand Duke of Tuscany, who later gave the collection to his nephew, Grand Duke Friedrich. He, in turn, gave the jewels to his wife, the Grand Duchess Isabella. There are five enormous peridots in the tiara alone, while the necklace features seven peridot drops that can be mounted upright on the tiara for added drama. In 2001, this regal suite of peridot jewels was sold by Sotheby’s London to the New York antique jewellery specialist Fred Leighton. 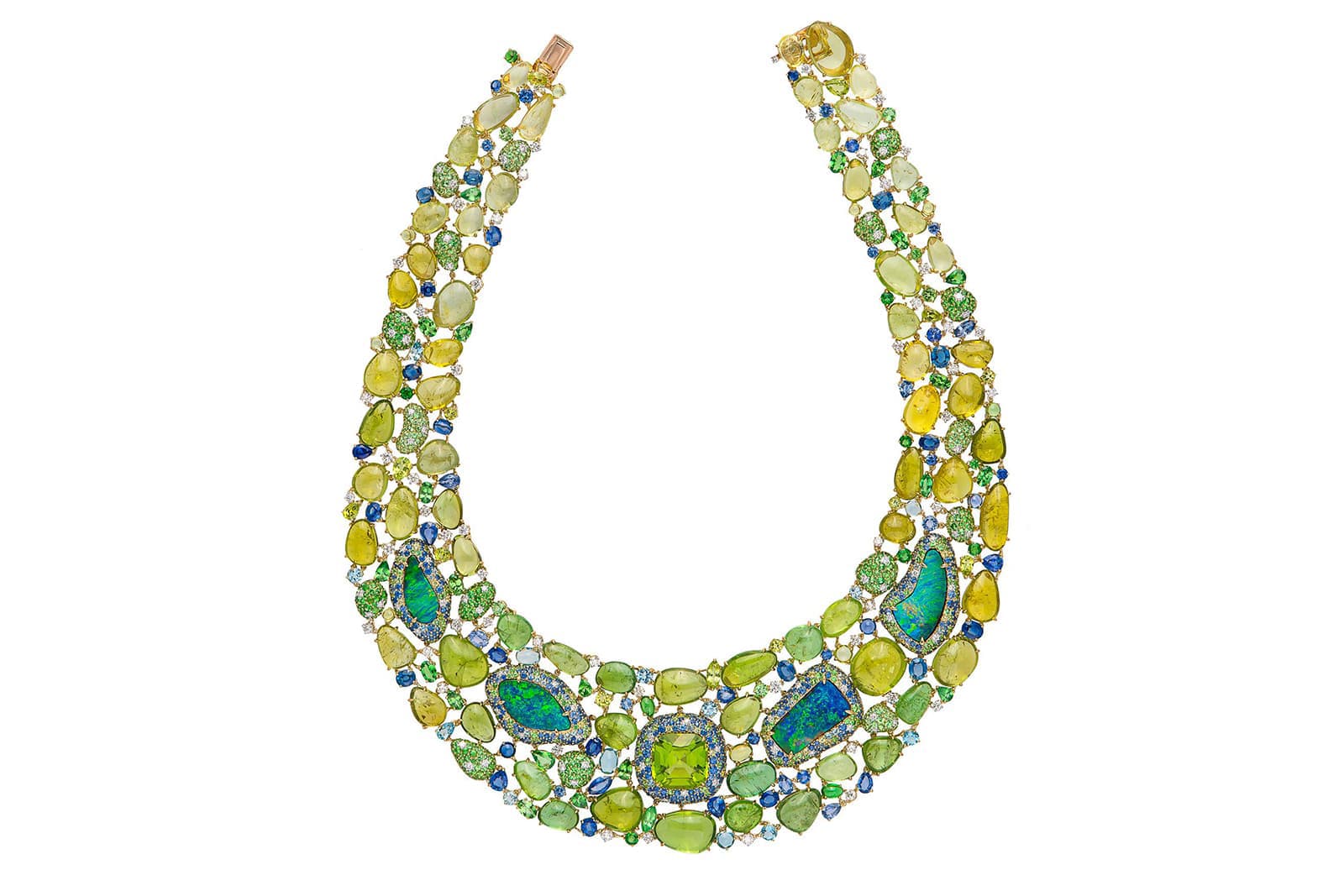 In the Western world, the Gregorian calendar is closely linked to birthstones, but the practice of assigning a gem to a person’s month of birth has been part of Indian Aruveydic philosophy for at least 1,500 years, while in Tibet the tradition dates back more than 1,000 years. Quite when it was decided that peridots were the birthstone of August is cause for speculation, but when Tiffany & Co. published a pamphlet advertisement in 1870 based on a series of Gregorian poems written by an unknown author, the idea of birthstones was cemented for ever more. The entry for August is as follows:

“Wear a peridot or for thee,

The August born without this stone, 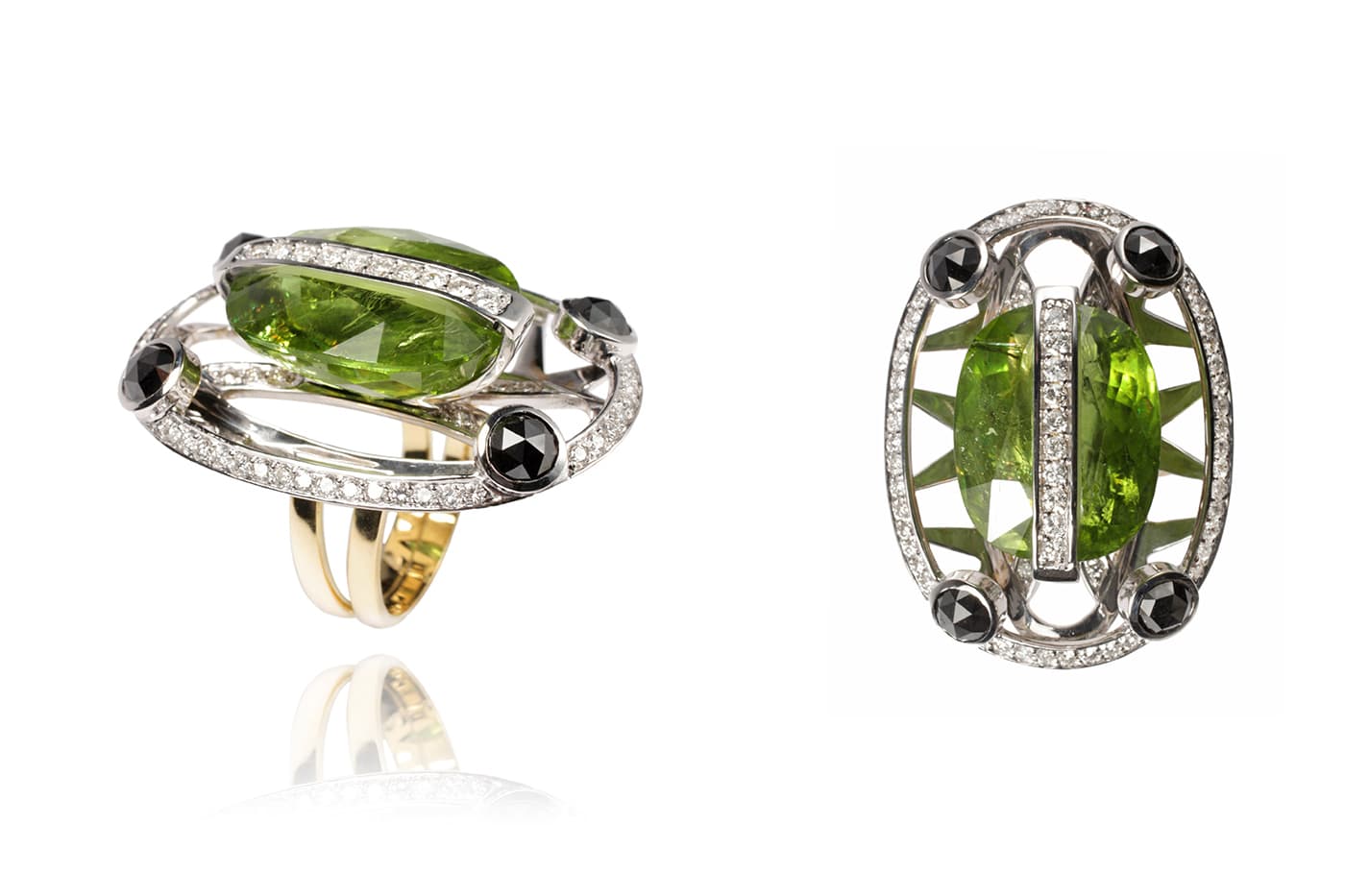 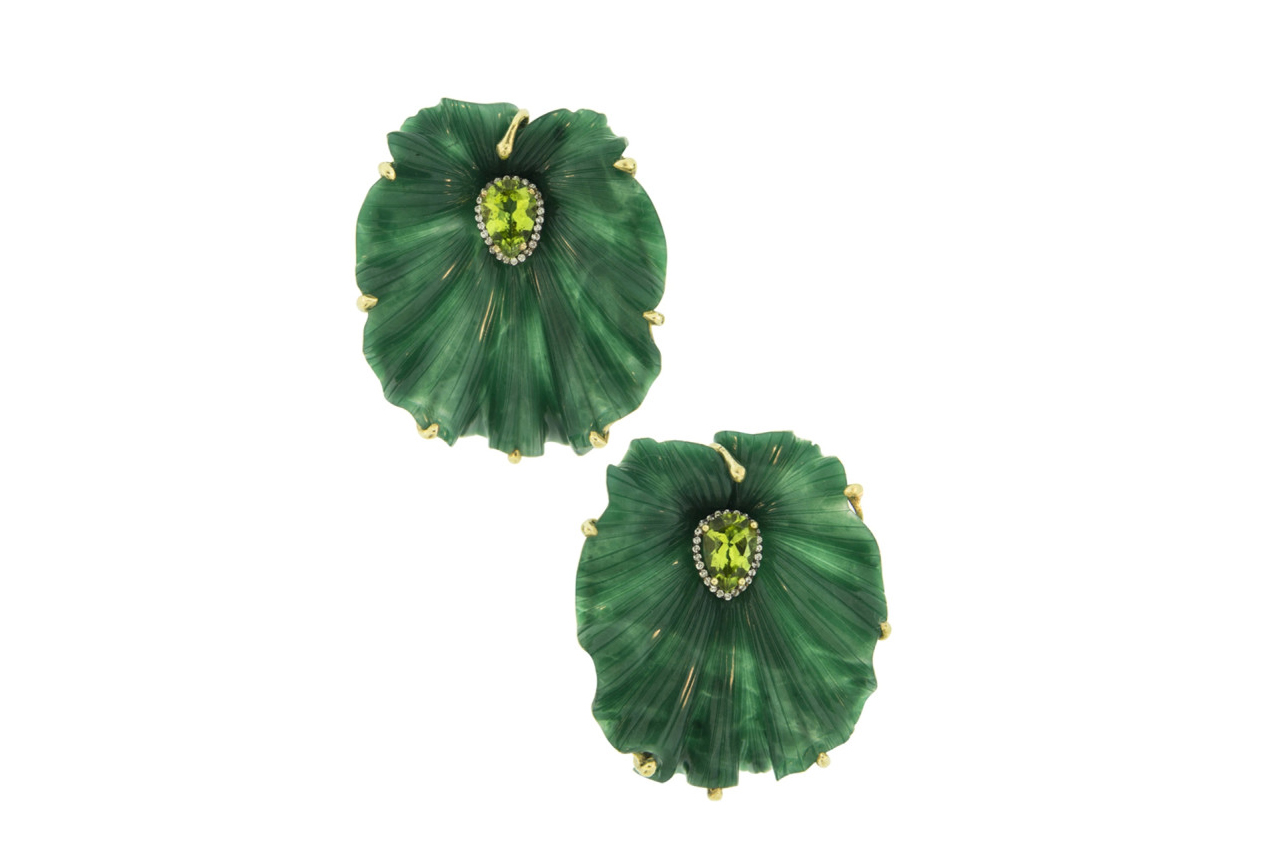 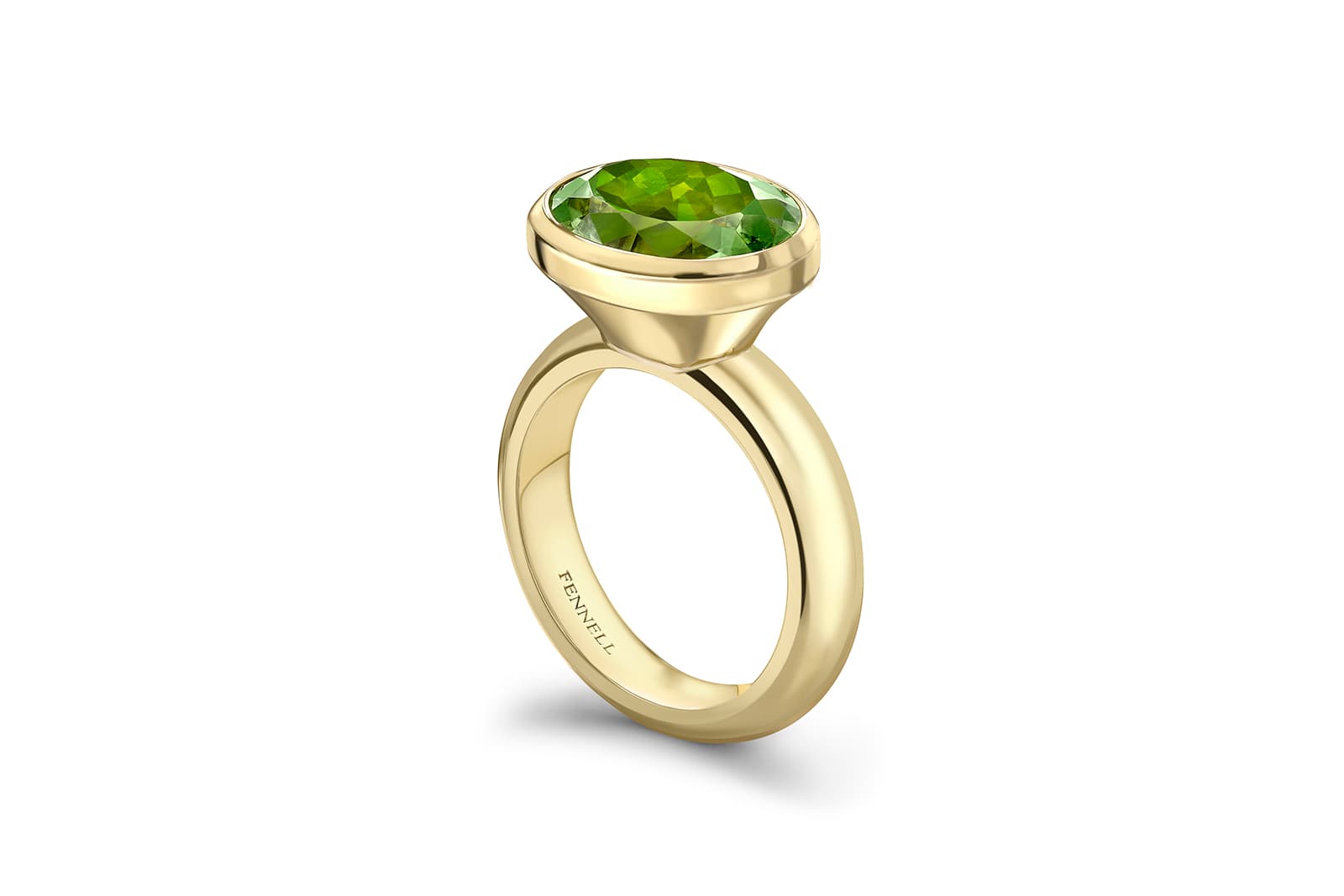 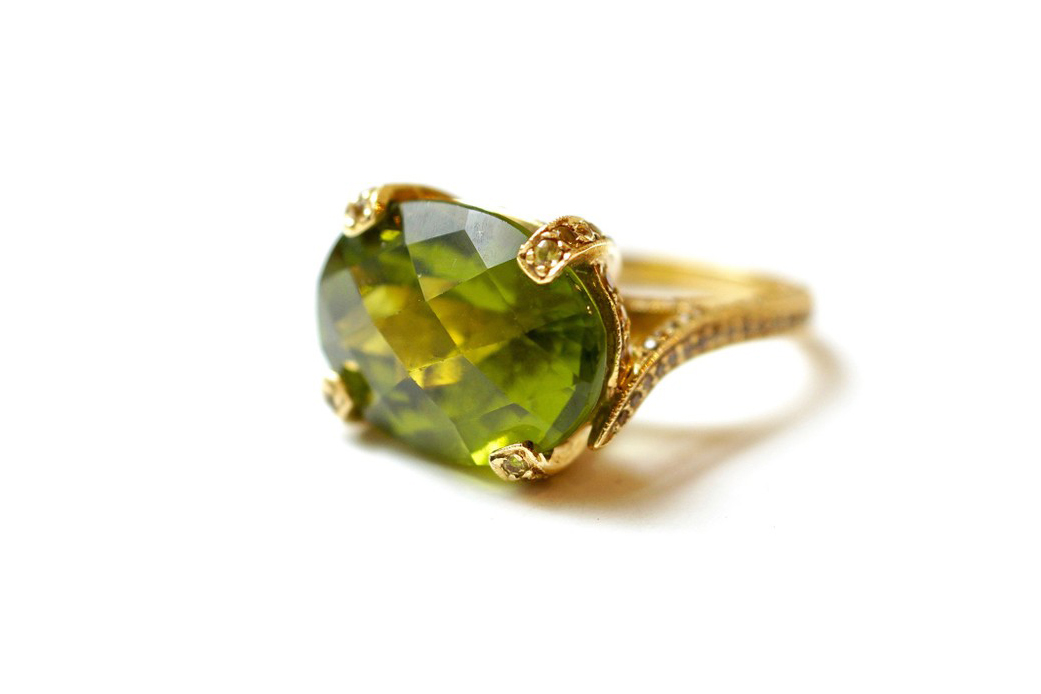 9. Out of this world

Samples of this verdant green gem have been discovered in meteorites that crash-landed on planet Earth millions of years ago. Although gem-bearing meteorites have been discovered concealing a variety of different stones, the samples recovered have been miniscule. However, one meteorite, unearthed in 1749 on a remote hilltop in Siberia, contained a wonderful surprise: peridot crystals of a size large enough to set into jewellery, making it the only extra-terrestrial gem that can be worn. Don’t expect to come across these extraordinary stonesin your local jewellery store, however. These miracles from outer space, which are believed to have arrived on the Earth’s surface 14 million years ago, are among the rarest gem materials on the planet and most often found in the collections of scientists, meteorite and mineral collectors. 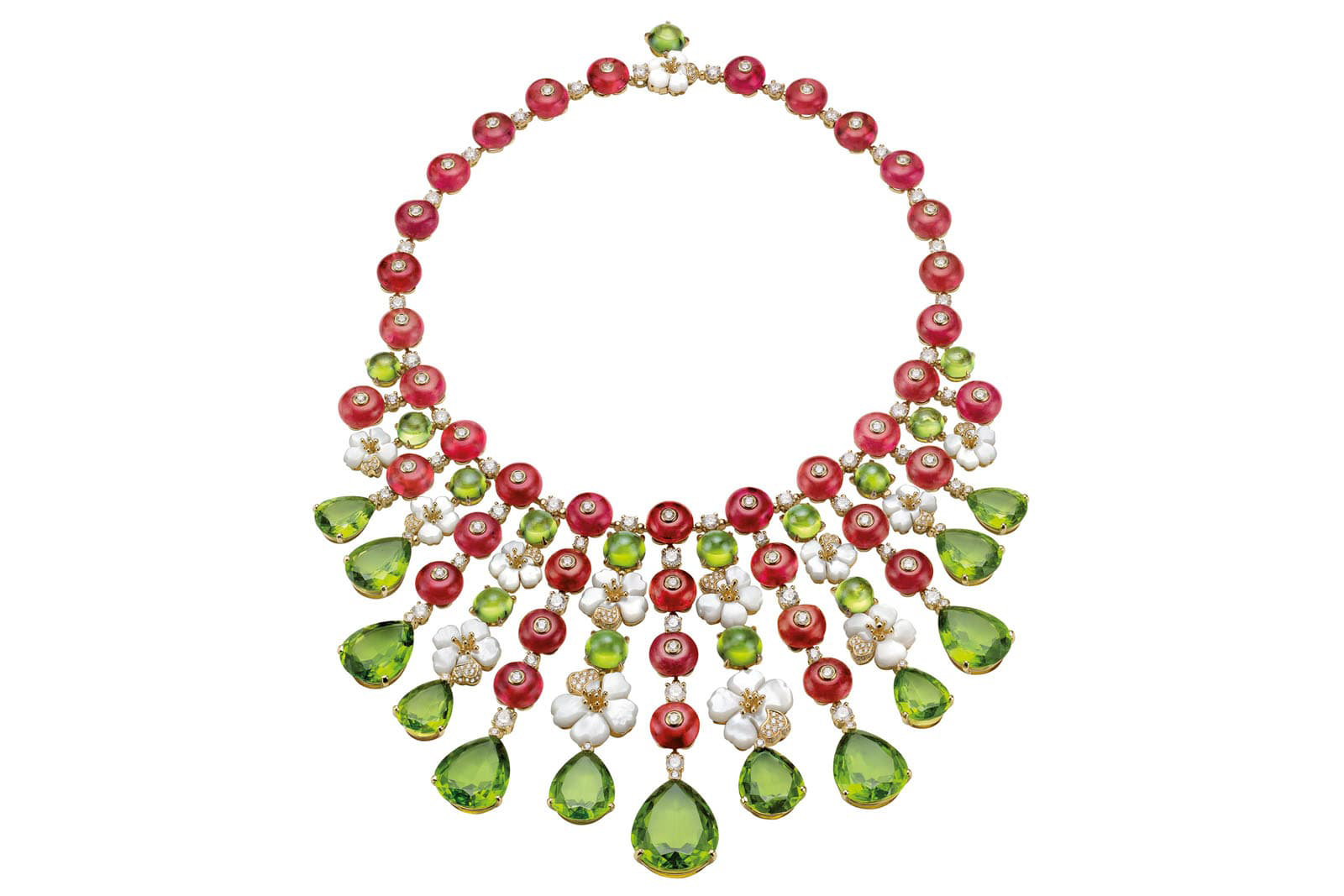 Finally, my favourite fact about peridot. In 2006, NASA’s Explorer spacecraft, Stardust, embarked on a mission to gather samples from near the sun. The particles analysed upon its return included gem-quality peridot believed to be as old as our solar system, which was formed some 4.5 billion years ago. Mind-blowing! 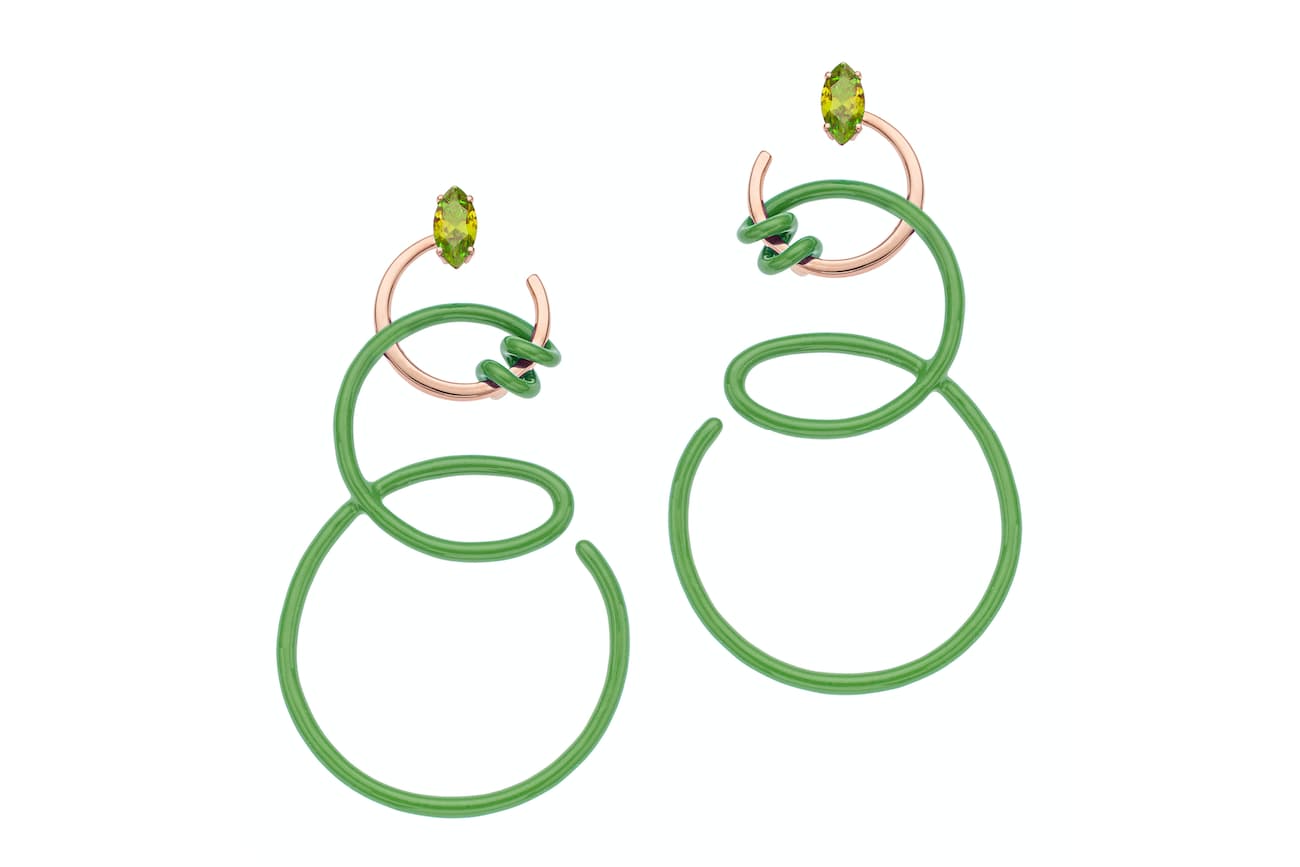 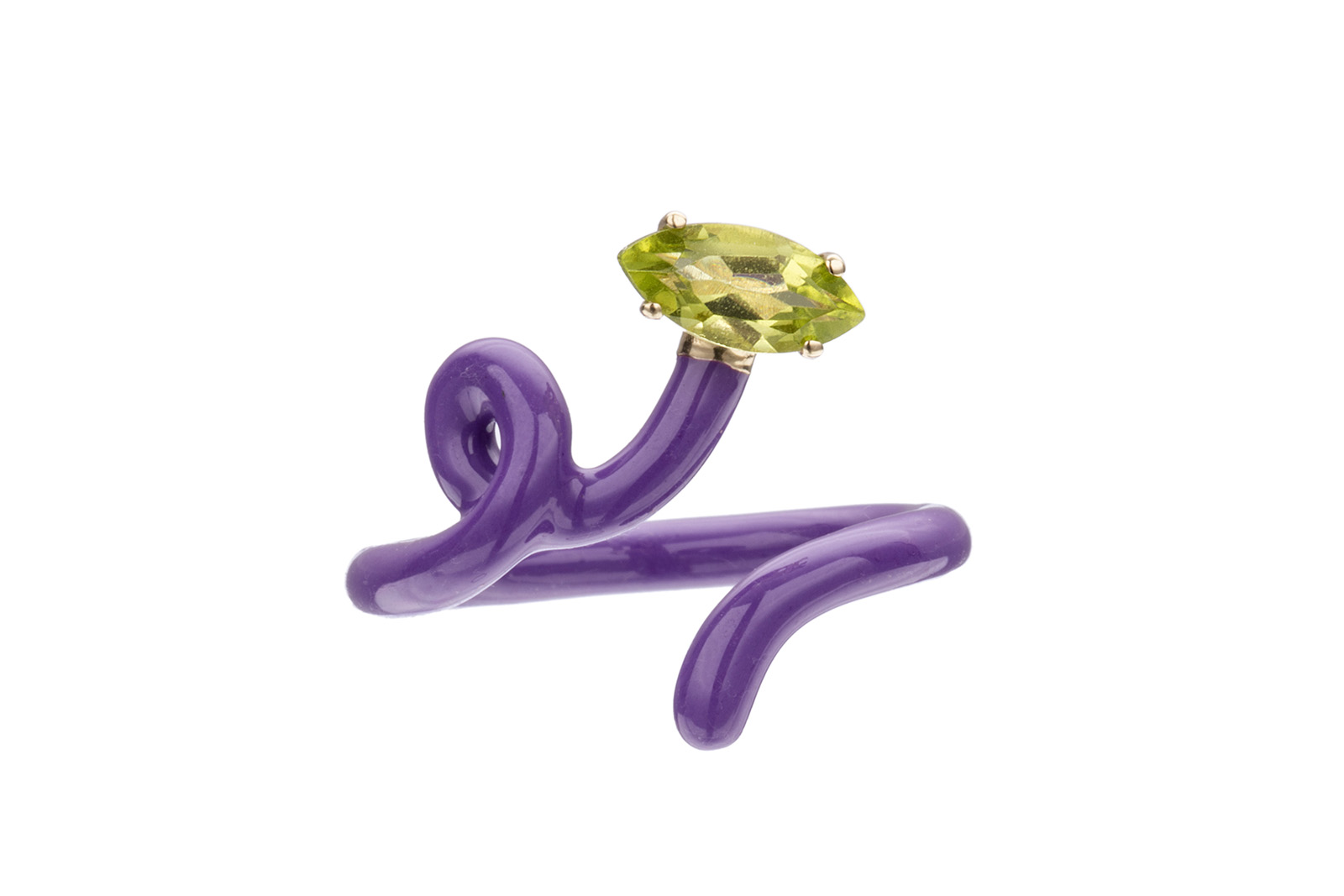 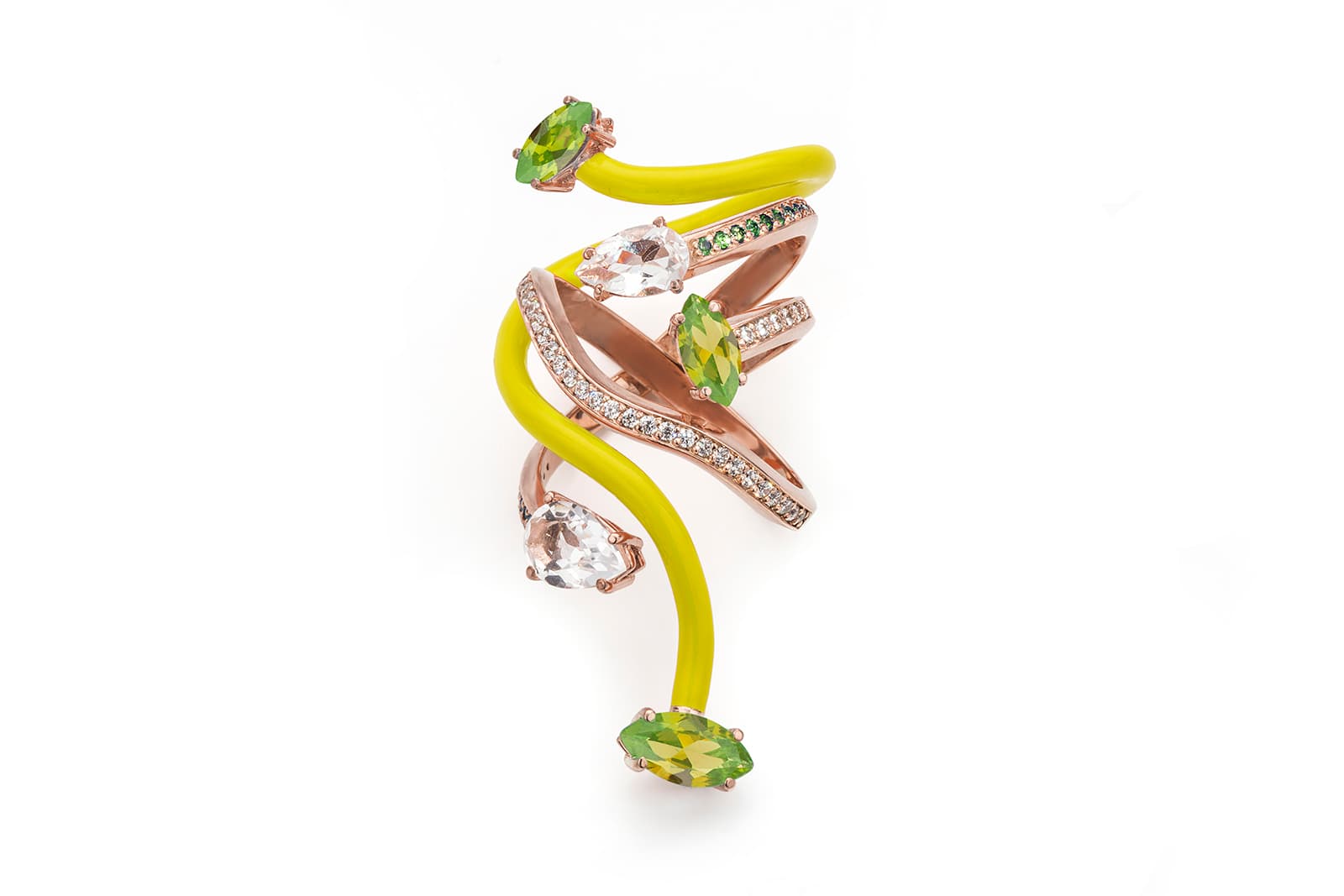 With its regal, volcanic and even extraterrestrial heritage, peridots have one of the most interesting histories of all the birthstones, which only serves to accentuate the natural beauty of this beautiful green gem.