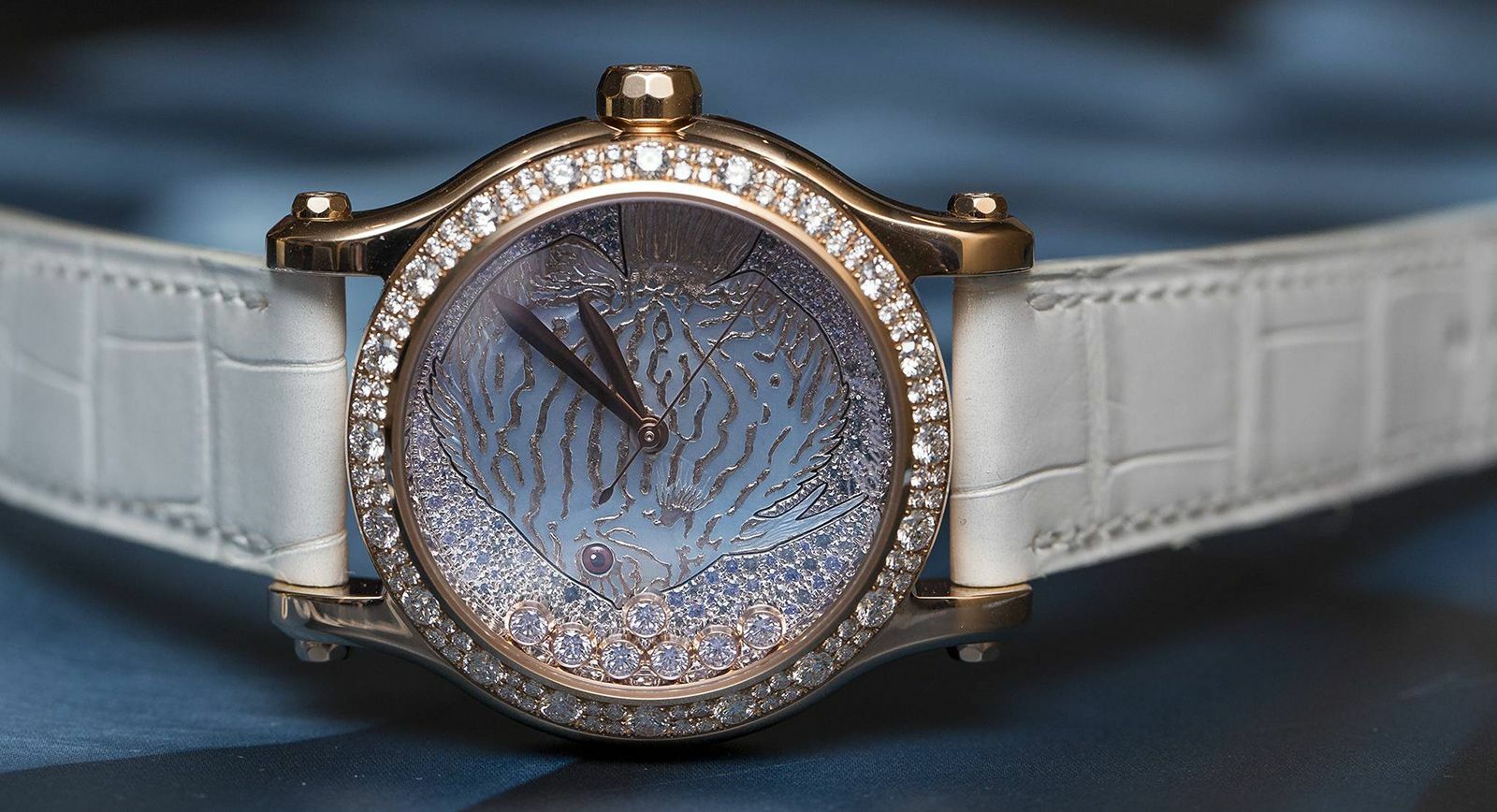 The diverse, colourful and ever so mysterious world that exists beneath the waves has long captivated artists, sculptors, photographers and directors alike, inspiring many of their greatest masterpieces. And this fascination with the myriad of creatures living in the deep ocean has not been ignored by jewellery designers –indeed, it has absolutely boomed this season. If you do not believe me, just check out the huge number of jewellery pieces featuring fish, octopuses, jellyfish and coral that was on display at this year’s Baselworld jewellery and watch fair.

This year, some brands dedicated entire collections to the theme of the sea, while others opted for just one or two jewels, and the motif even featured in the designs of some of the watches on show. Each brand came up with its own take on the idea, dedicating plenty of attention to detail aiming to highlighting the various nuances of colour and anatomy among sea creatures.

Without doubt the most comprehensive collection on this theme was Palmiero’s Underwater World, inhabited by fish brooches, a quirky octopus which wraps itself around your finger, earrings, and a multi-coloured ring with fighting fish. They also designed several rings to create the effect of raging waves, using pearls to recreate the foam. 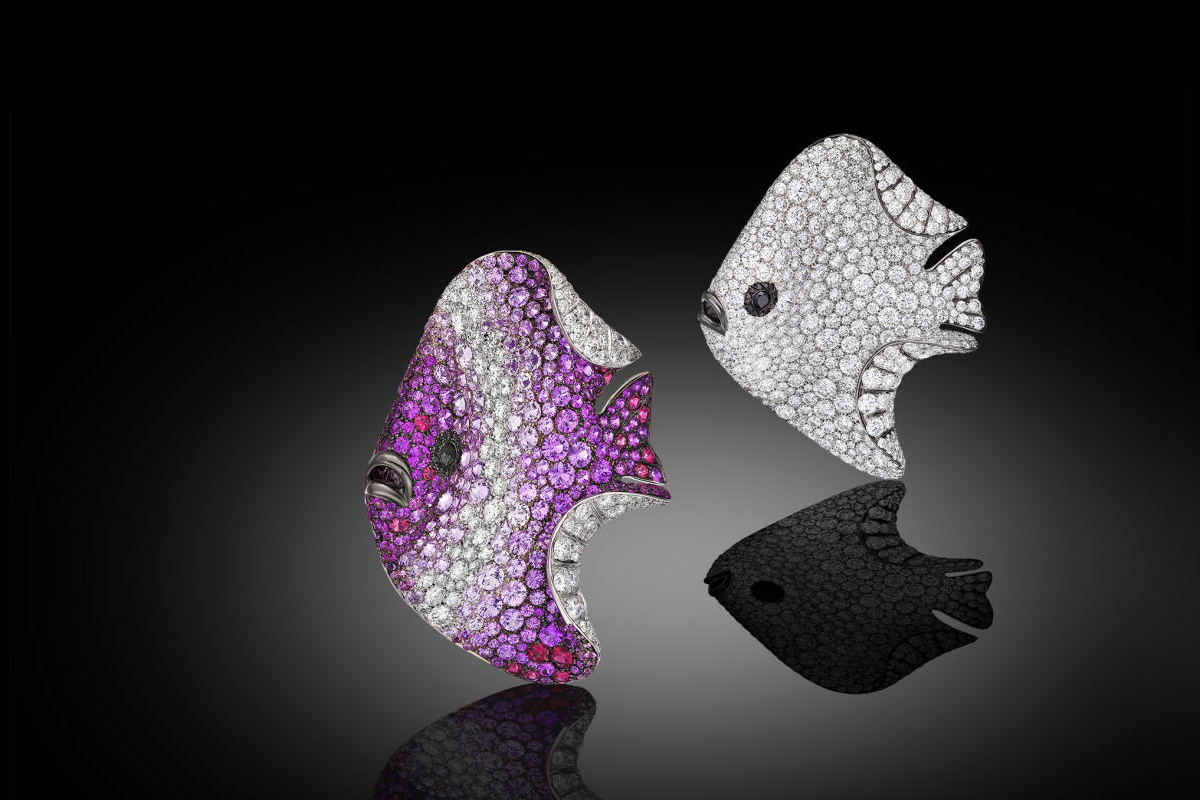 The aquatic Marinelle collection by Chantecler was also fairly all-encompassing. As I expected, it was closely bound up with the brand’s well-known penchant for miniature bells, and it featured sea life in every piece: there was a crab pendant, jellyfish earrings, an octopus necklace and numerous other products, all of which were delightful and bursting with humour. 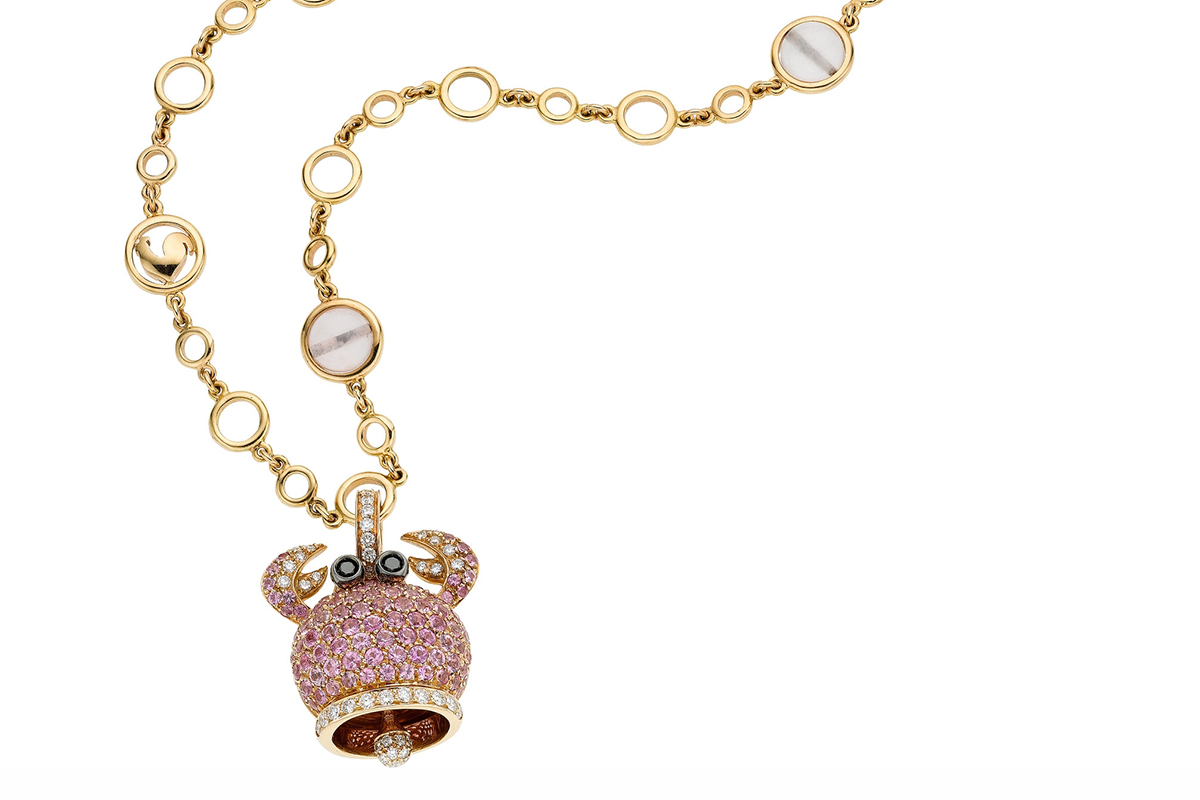 What would the ocean be without coral? Alessio Boschi, the master of recreating nature in jewellery, had his very own version of this underwater beauty in the form of earrings featuring pear-shaped tanzanites. This exquisite piece of jewellery continued the existing Coralia range, which includes pieces designed with different coloured gemstones: amethysts, rubies, pink tourmalines and, of course, pearls. 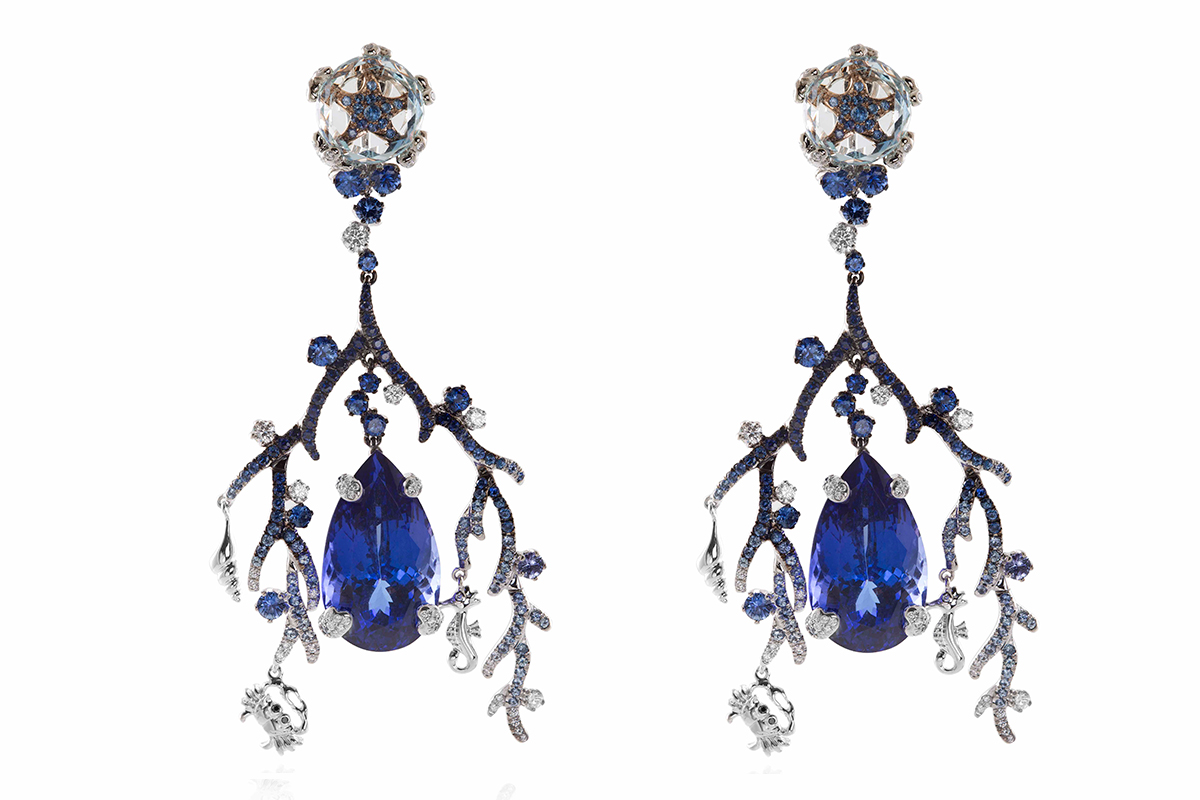 Variations on an underwater theme are nothing new for Italian Design, the masters behind the two collections, Siren, featuring mermaids and Coralia, featuring coral. This year the brand designers surprised Baselworld visitors with the incredible Princess Coralia necklace featured below that was made with an impressive Australian opal. The jewel was designed to symbolize the Ocean and it is worth mentioning that the Italian Design team spent two and a half years on the creation process. 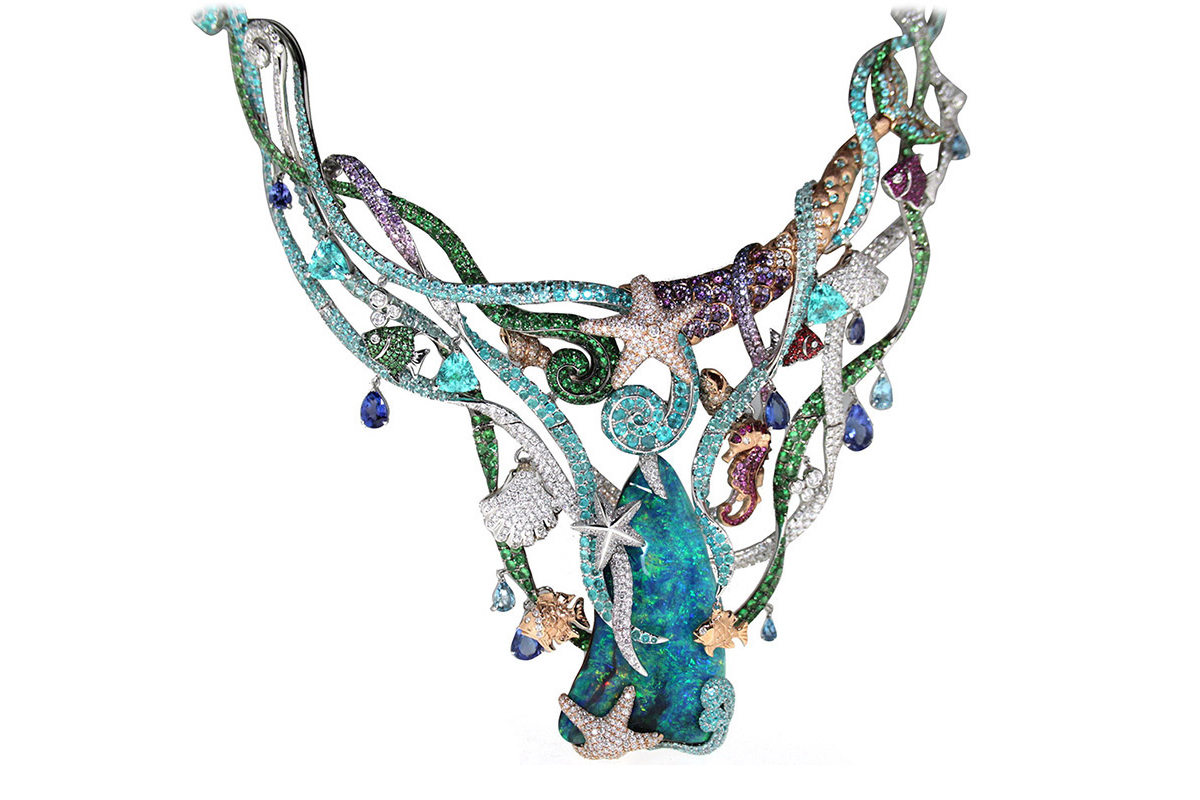 The most popular sea creature to be rendered in jewel form was, without doubt, the octopus. As I have already mentioned, Chantecler turned it into a pendant and Palmiero into a ring. Paolo Piovan and Jacob & Co. brought their own cocktail ring versions of this multi-legged mollusc to Baselworld as well. Jacob & Co.’s octopus jewel featured on the right, incidentally, was made from several types of gold: white, rose and yellow. 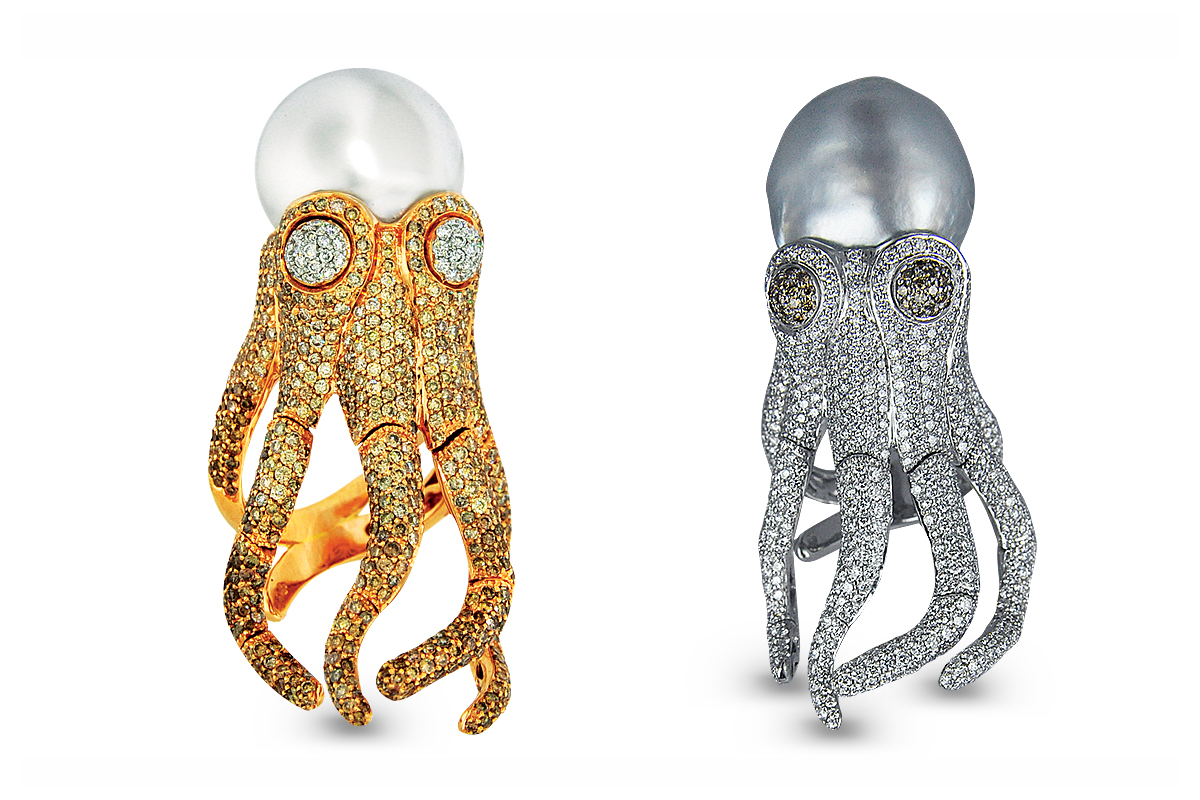 Watches were not exempt from being submerged into the sub-aquatic world. Chopard featured below on the left expanded their 2002 range of Happy Sport watches with new Happy Fish editions made from rose gold with eye-catching fish designs on the watch dial. It is no coincidence that this particular piece by Chopard has been called a work of art (metier d’art): the watch masters have done the work of a true jeweller, engraving the mother-of-pearl fish body in such a way that you can see the pattern even in the dark. 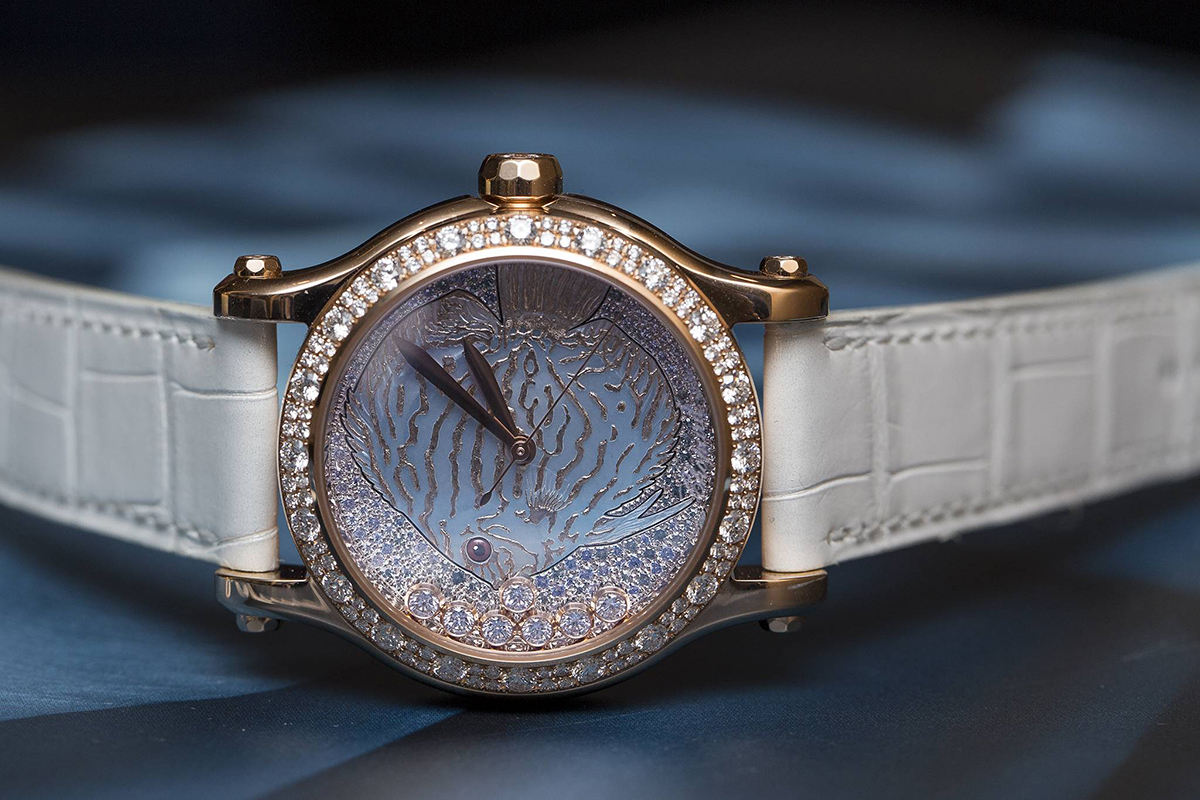 Boucheron also released a wristwatch at Basel with decorative elements involving a fish motif, but with the French brand the result is a different story, more of an elegant cocktail-style piece. The diamond fish in Ama the Fish gives the impression that it is swimming across the light blue mother-of-pearl watch face. Let us hope Boucheron’s motto – “I only count the joyful hours” – becomes your motto as well! 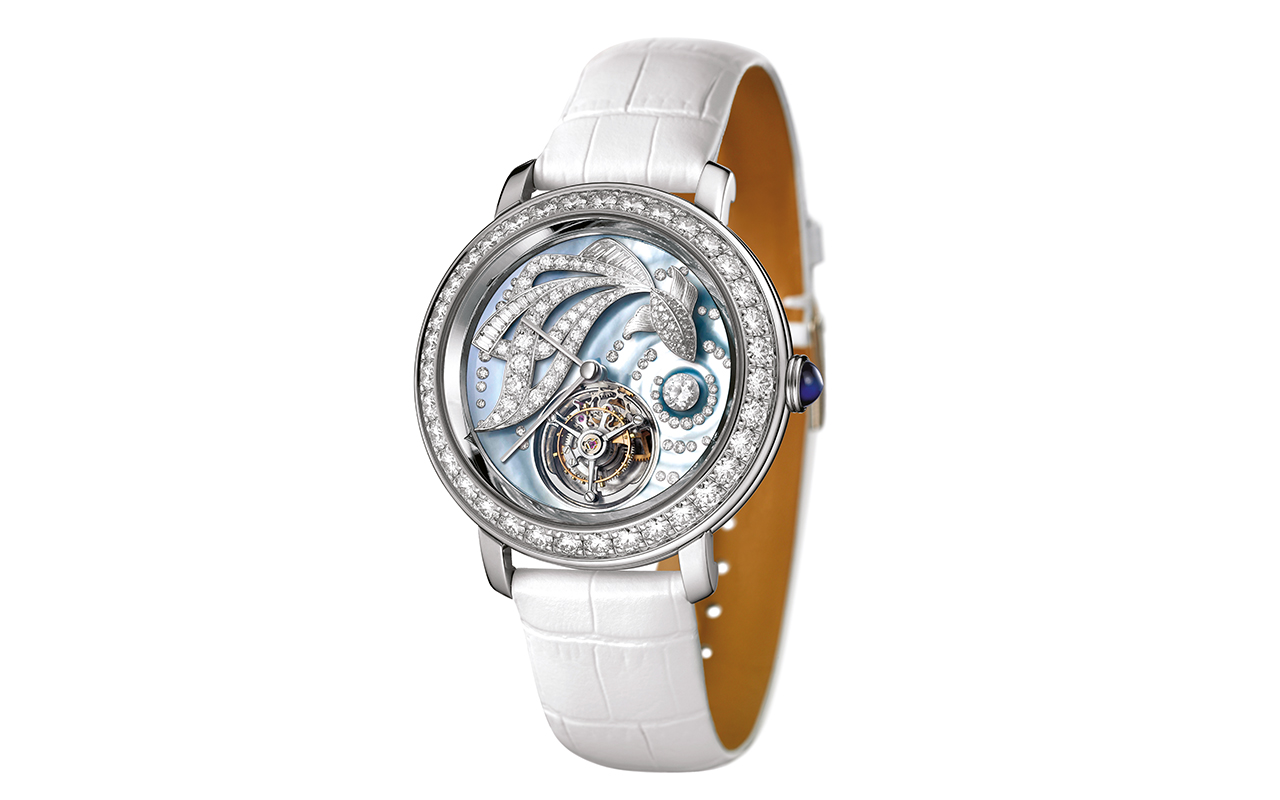