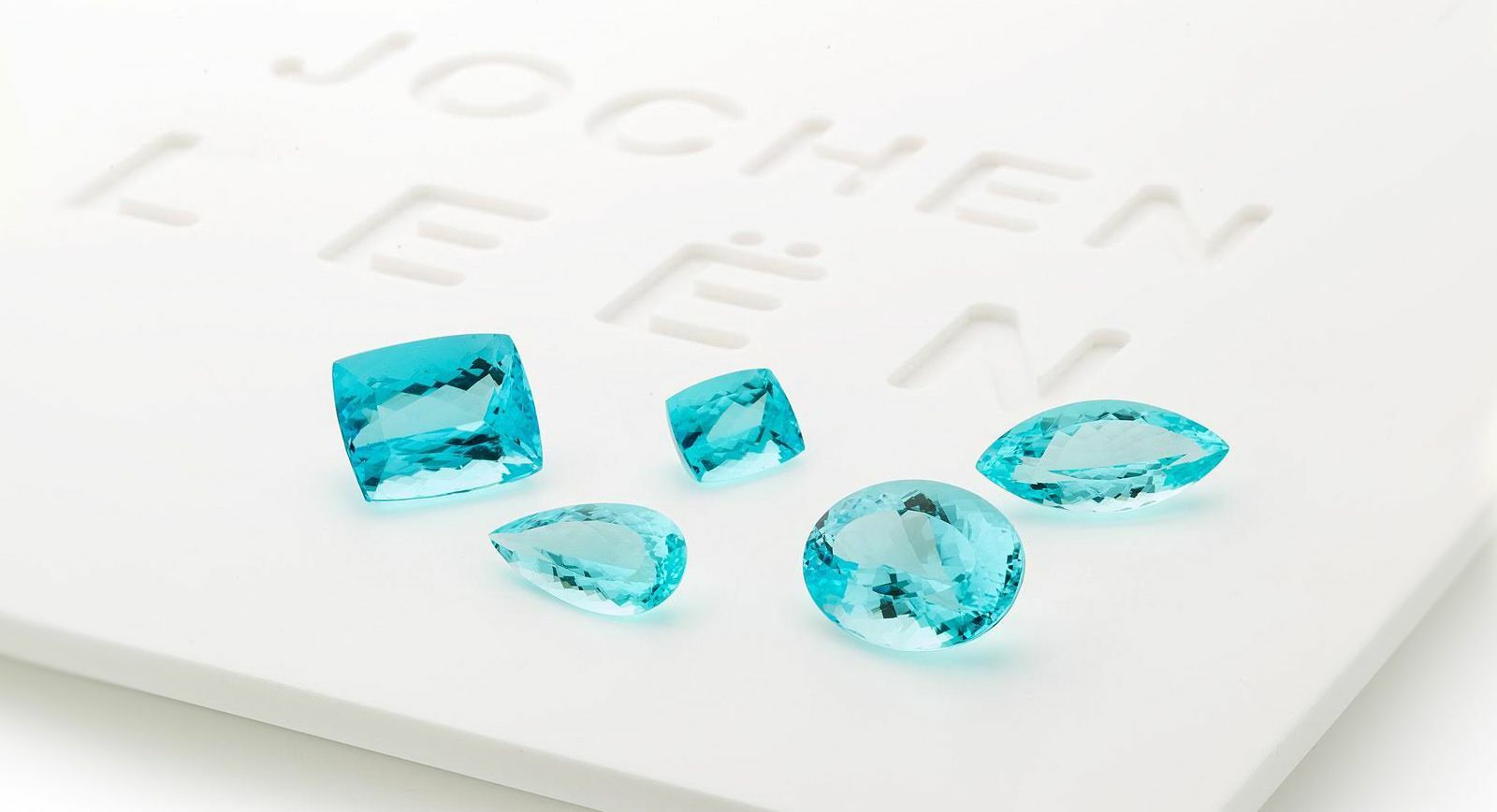 The rare stone known as a Paraiba is the most valuable member of the Tourmaline family and its pride. Over the last three to four years the popularity of neon coloured stones has skyrocketed, and they’ve started to often sparkle in the high art jewellery pieces of world-famous houses. What these gems are, and why they are so sought-after? Belgian jeweller Jochen Leen, who specialises in rare gemstones, and especially Paraibas, will help us to get to the nitty-gritty of it.

“When I started designing jewellery in 2008 I invested heavily in Paraiba tourmalines. I had a good feeling about them as their amazing colour is just out of this world. Theses stones have been popular for a while now, but I think the demand for Paraiba tourmalines as investment gems still has a long way to go. The supply is limited, especially when it comes to good quality stones, so the prices keep on going up. If you look at other gems on the market, none of them compare with the beauty of the Paraiba’s neon colour – so personally I think the value of this gem will keep rising,” Jochen notes. 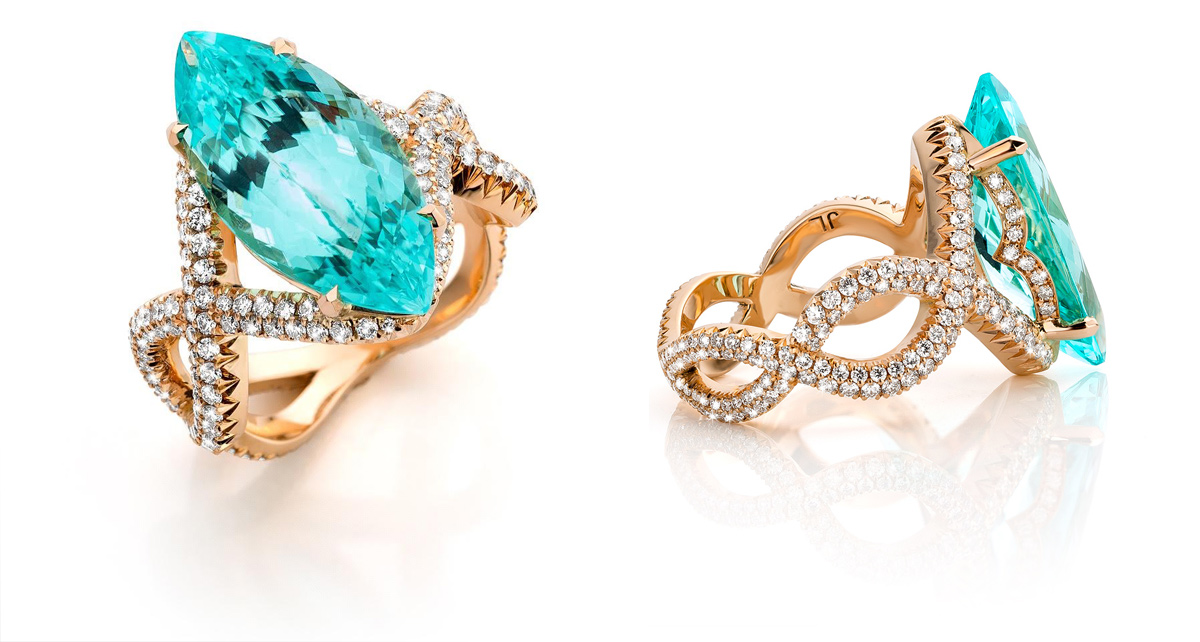 However, it’s only really the price of the high quality stones that will keep rising. These, according to Jochen, have to have “lots of neon and high clarity. And top quality stones should always have an excellent cut. I have an issue with badly cut stones. When the angles of the facets and the stone’s proportions are excellent it definitely contributes to the quality.”

Of course, another important factor which affects the quality of a stone is its colour. The best examples of Paraiba tourmalines have a neon blue hue with an incredible depth to it. This particularity occurs because of the refraction of the light within the stone – the light is reflected several times, which intensifies it and creates the neon glow effect. And what’s the benchmark for colour for a Paraiba?

“ The ideal colour is a personal thing. For example I prefer a green Paraibas  – the greenish neons are my favourites, as well as the greenish blues. At the moment I have a 13.05 carat loupe clean Paraiba tourmaline in my collection which has the best colour of any I’ve seen. It’s still waiting to be set,” says Jochen.

Did you know that a faceted Paraiba Tourmaline doesn’t cast a shadow? You can see this with the naked eye even in a photograph. The area around the gem is illuminated by a light blue glow – as if the stone is a lit bulb. If you look at a photo of an oval shaped tourmaline below, you’ll see the effect for yourself. 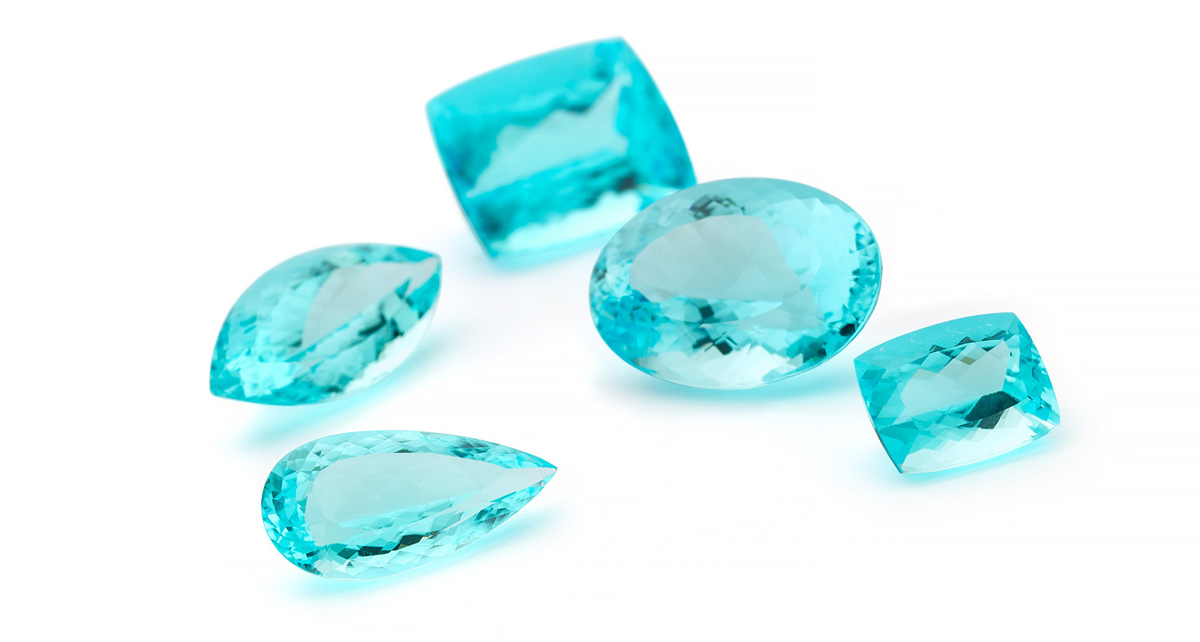 It’s worth remembering that not every blue tourmaline is a Paraiba. The main factor which determines a stone’s status as a Paraiba is either its Brazilian origin or copper content which gives the gem a particularly bright colour. Since the year 2000 scientists analysing the formation of minerals have been suggesting new locations for miners to dig for these precious gems. So along with the original Brazilian tourmalines, there soon appeared African examples; now most tourmalines on the world market are from Mozambique, and rarely Brazil.

“Clean stones (Paraiba Tourmalines) from Brazil are very rare, I haven’t seen that many of them. But don’t assume that the market is flooded with African stones either – it’s hard to find large clean gems from Mozambique or Nigeria too,” Jochen comments.

Now you’ll understand  why when valuing this kind of tourmaline it’s very important to take note of its origins. Precious stones from Brazil are not only rarer, they also have a deeper colour. That’s why they can cost around five to ten times more than a tourmaline from Mozambique.

As soon as the price of natural high-quality Paraiba tourmalines suitable for making jewellery rose above $1000 per carat, the techniques used to refine the stones were developed and perfected. These included heating, blasting with gamma radiation and many other methods. According to Jochen “heating is the most popular treatment for paraibas. It’s not detectable and if you send your stones to Gübelin, they’ll provide you with a document saying that heating enhancement cannot be detected. The majority of stones are heated though.” However despite all the trickery, there’s not yet any artificial process which can recreate the effect of a natural Paraiba tourmaline. 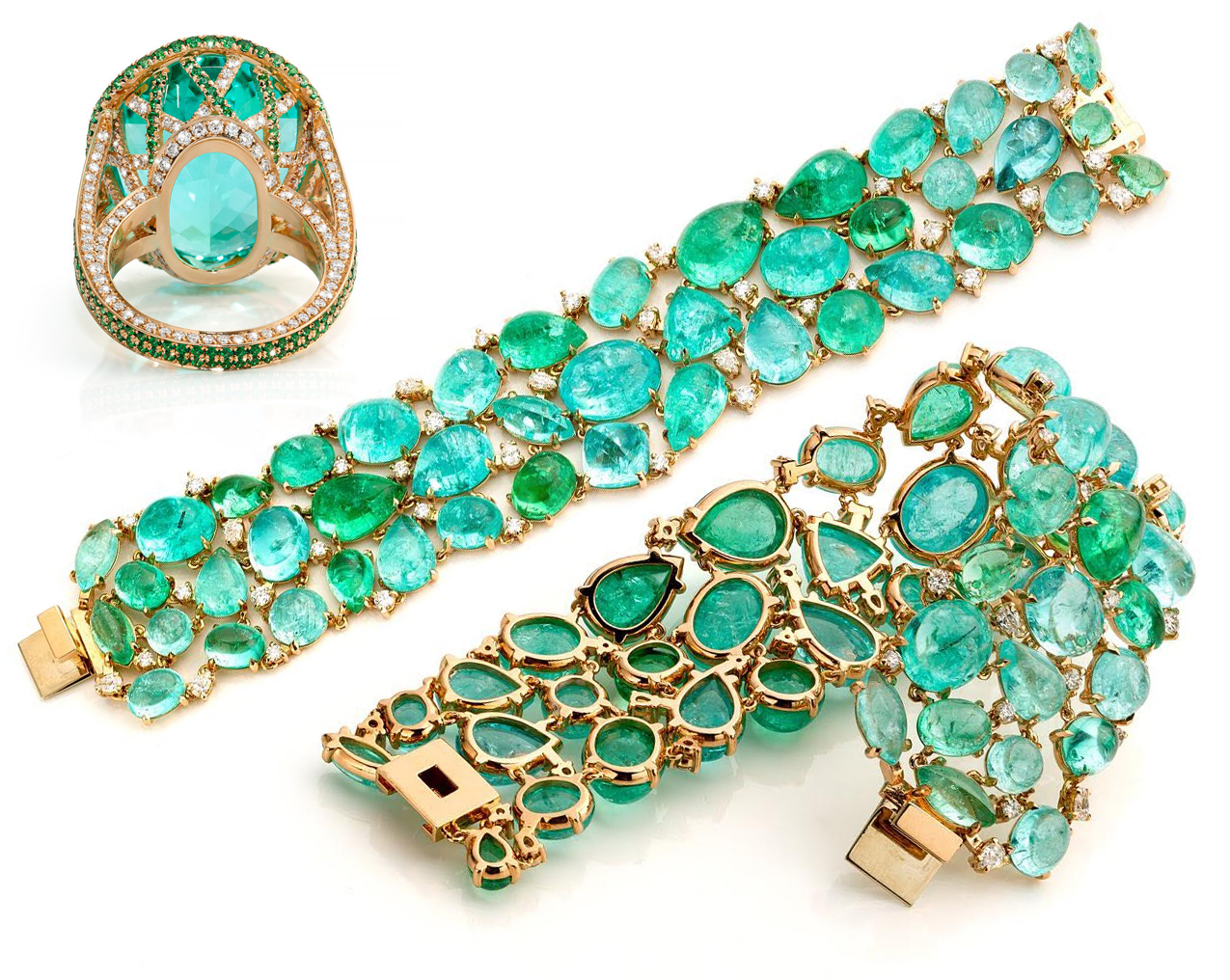 Jochen Leen bracelet with 200 cts of Paraiba tourmalines and diamonds