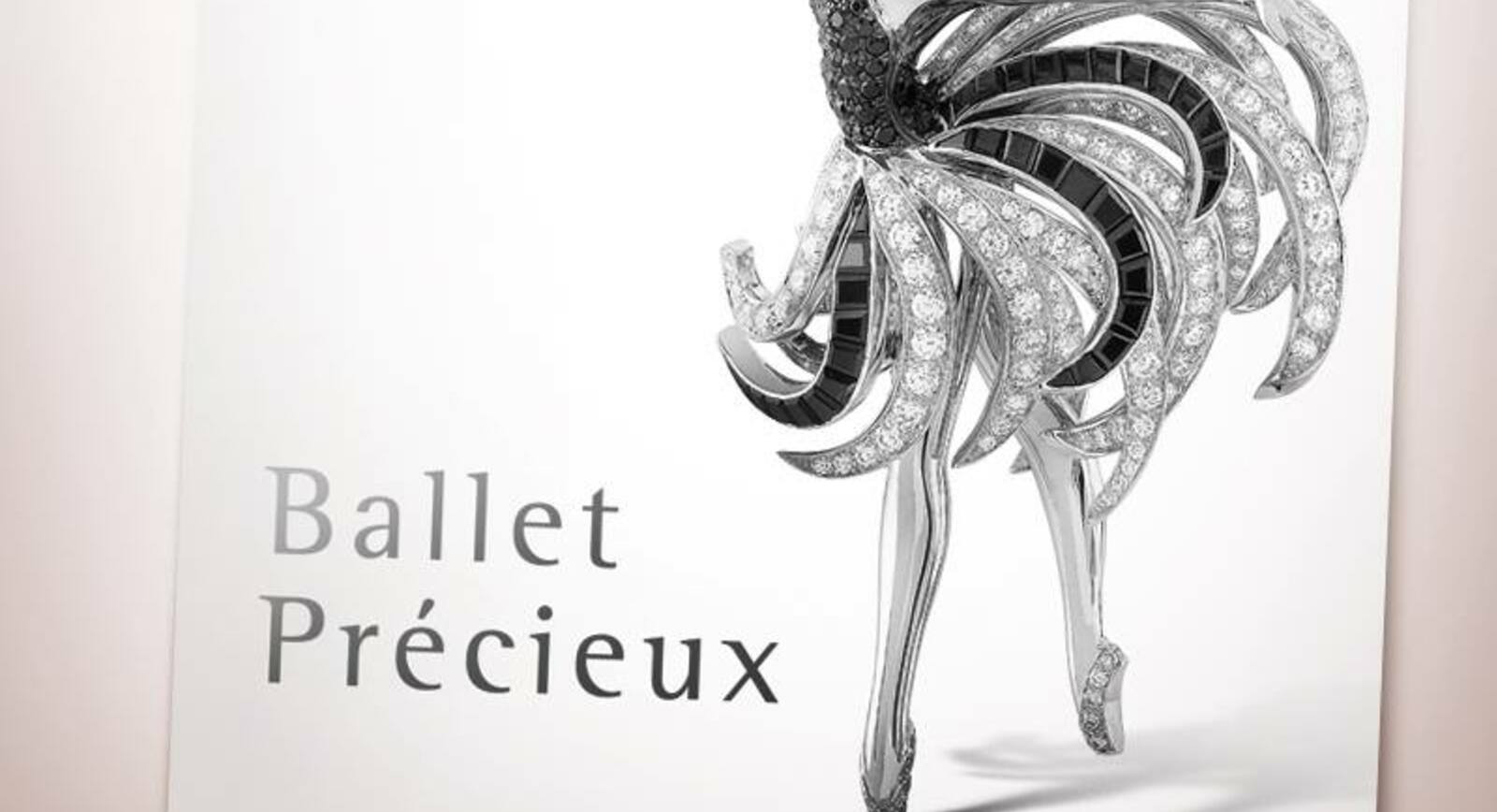 On 28 November, Van Cleef & Arpels revealed 29 brand new jewellery pieces, designed as part of a ballet inspired theme, at its flagship store in Moscow. Unfortunately I haven’t had a chance to look at them in the flesh, but thanks to Margo Raffaelli, a jewellery specialist from Moscow, we won’t be missing out. She tells us all about her impressions of these unique creations.

As New Year’s gets closer, the shop windows of the capital are transforming: the Kuznetsky Bridge has come to life, the decorators in TsUM are conjuring up this winter’s fairytale scenes, GUM and Tretyakov Way are gleaming with multicoloured lights and Stoleshnikov Street is bursting with bright diamonds. Everyone is preparing for the holidays in their own way. On 28 November, at the Van Cleef & Arpels flagship store, the Ballet Précieux collection was launched. This collection is a new chapter in the long-standing history of the Maison’s recognised love for ballet, tempting the hearts of even the world’s most fastidious collectors.

It’s damp and raining outside, but inside the boutique, it’s beautifully warm. The new collection has been created specially for the Maison’s Russian clientele and dedicated to five legendary ballets: Swan Lake, La Bayadère, The Nutcracker, Le Poisson doré (The Golden Fish) and The Rite of Spring. It comprises 29 works of art which have assumed the style and atmosphere of these theatrical masterpieces. 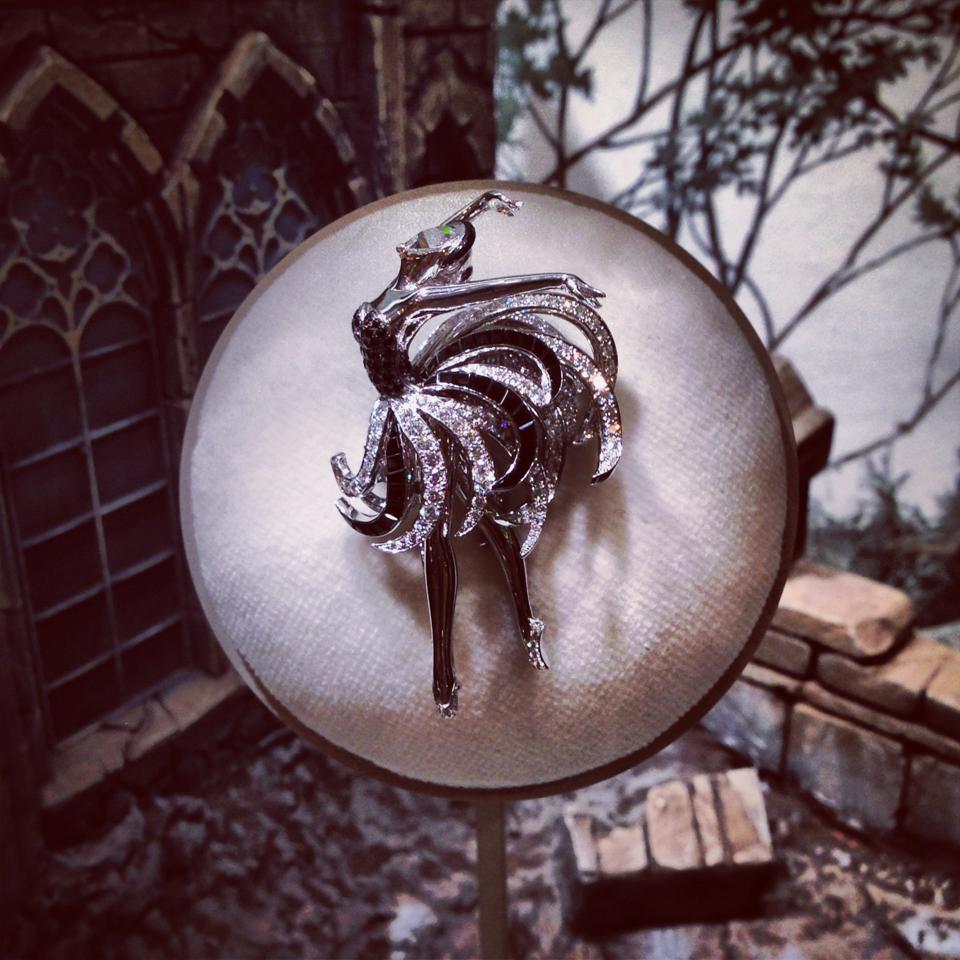 Each of these stunning ballets has a series of tableaux which turn on hundreds of miniature elements that are played out around a central figure: the ballerina. In Swan Lake, she has a fluctuating dual personality, teetering between the colours of black and white, the very essence of a swan and the beautiful princess which the bird of the night becomes; the prima ballerina in La Bayadère is the protector of a sacred flame who astonishes her audience with a riot of colours; in The Nutcracker, she is dainty and elegant with her fairy wings whilst in The Rite of Spring, she is gracious like a wood nymph.

Wandering from one shop window display to another, I linger for a long time in front of the beautiful protagonist of The Golden Fish. Dazzled by the character of this water nymph, queen of the underwater world, I start to discuss the designs with one of the boutique’s consultants. Within a few minutes, I am invited to see this historic collection for myself, one which was brought specially to Russia for its launch.

I saw much of the collection at the beginning of the year in Paris, but some of the exhibits, produced by Russian collectors, seem to attract one’s gaze and hold one’s attention for longer than expected. There is an atmosphere here which is saturated with a love for jewellery, the ability to create masterpieces and a desire to tell the story of one’s journey, making Van Cleef & Arpels one of the greatest jewellery Maisons of our time!

About the author: Margo Raffaelli is a jewellery consultant from Moscow who works with private clients. In her free time, she writes a blog on her jewellery adventures and regularly updates her Instagram which is richly stocked with captivating photographs of jewellery. “Jewellery is a part of me, like the colour of my eyes or the shape of my nose. Jewellers possess a potent skill that is simultaneously holy and demonic, attracting hundreds of adoring gazes and generating an army of millions of admirers from across the globe”.

Photos were taken by Margo Raffaelli 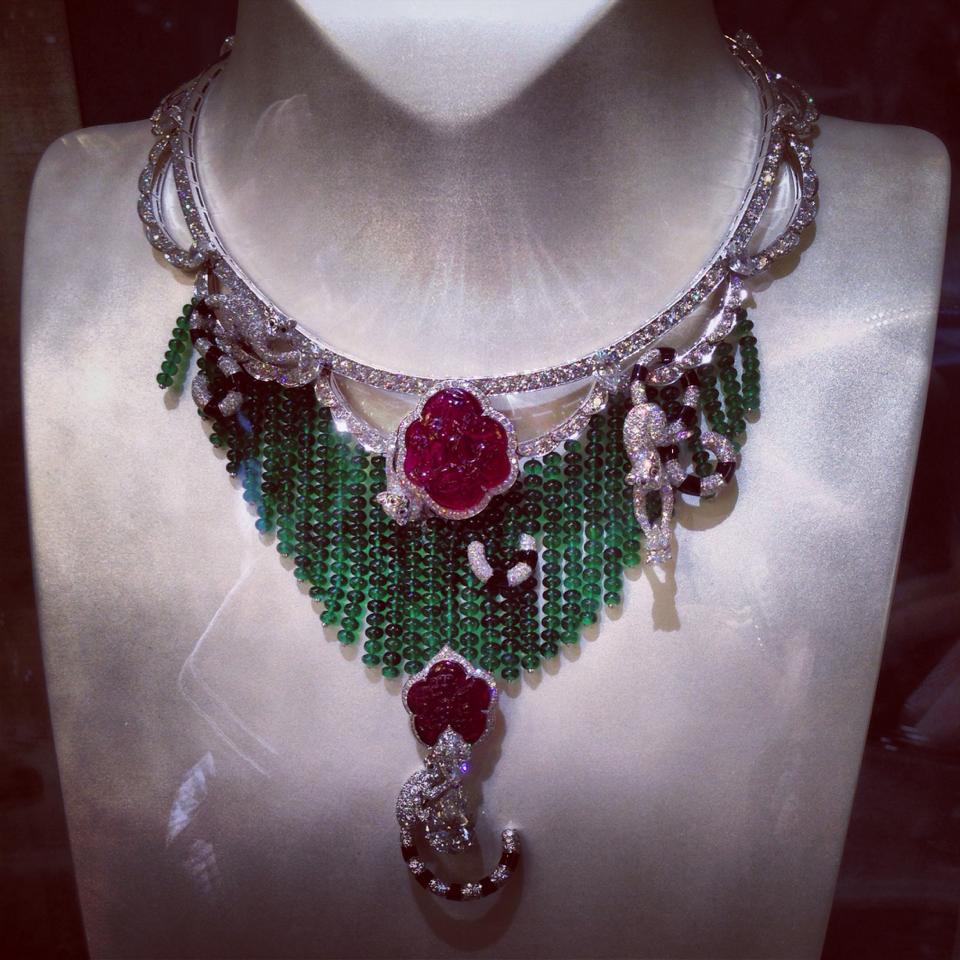 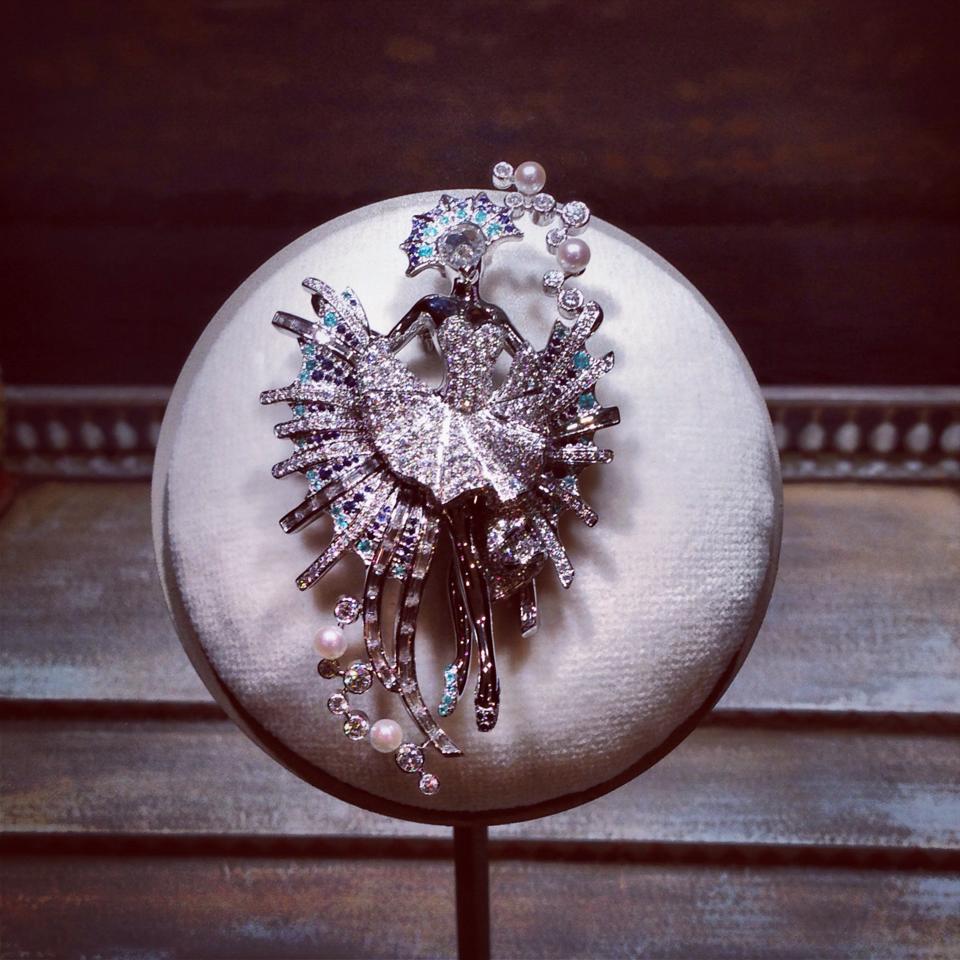 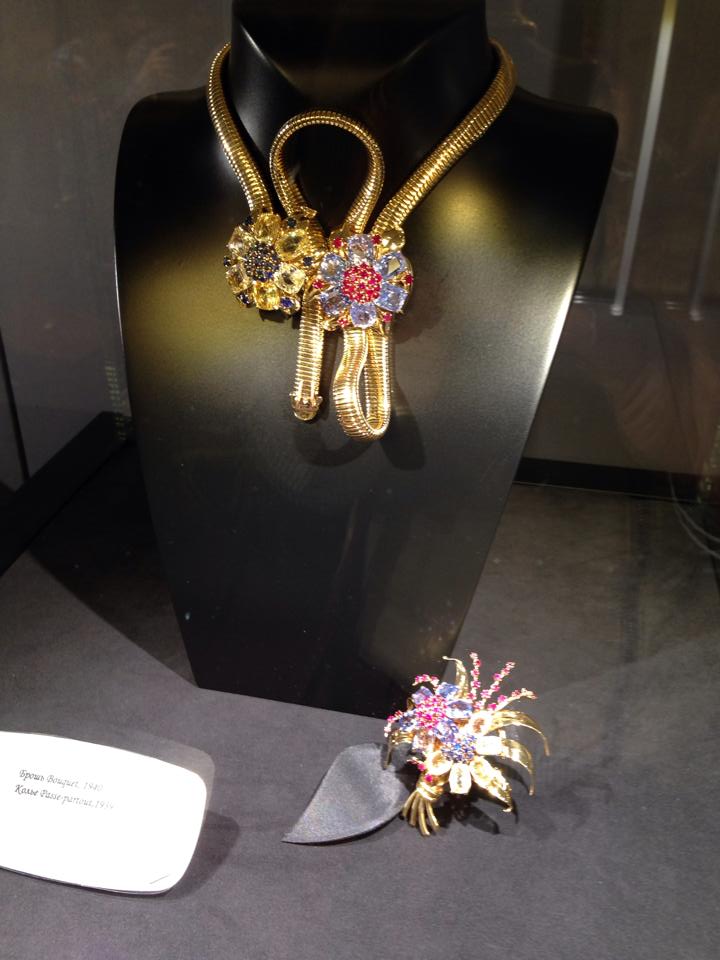 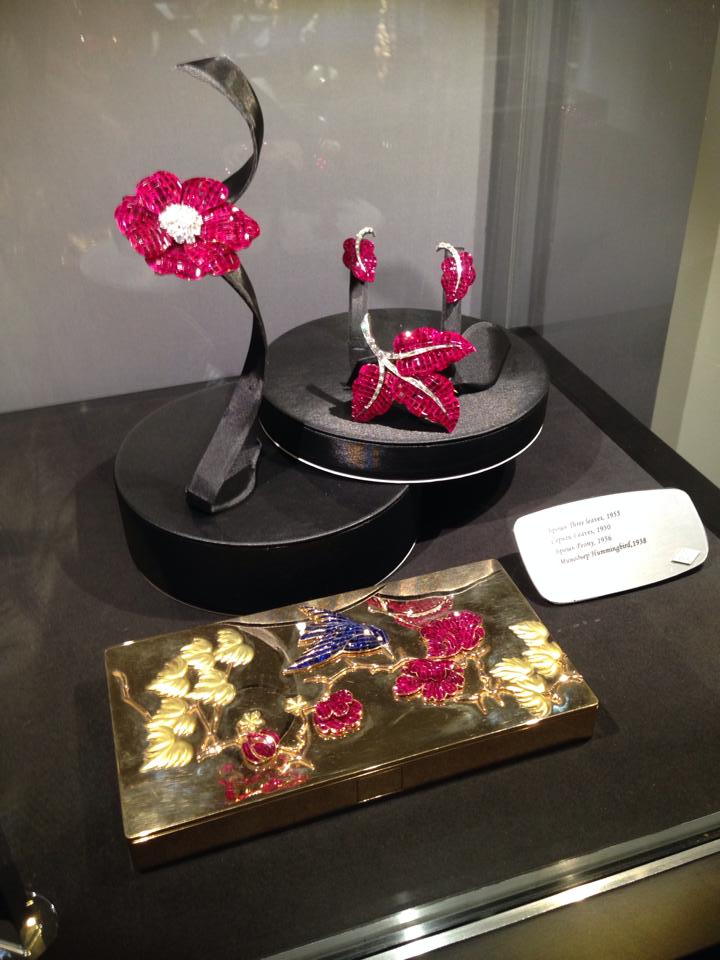