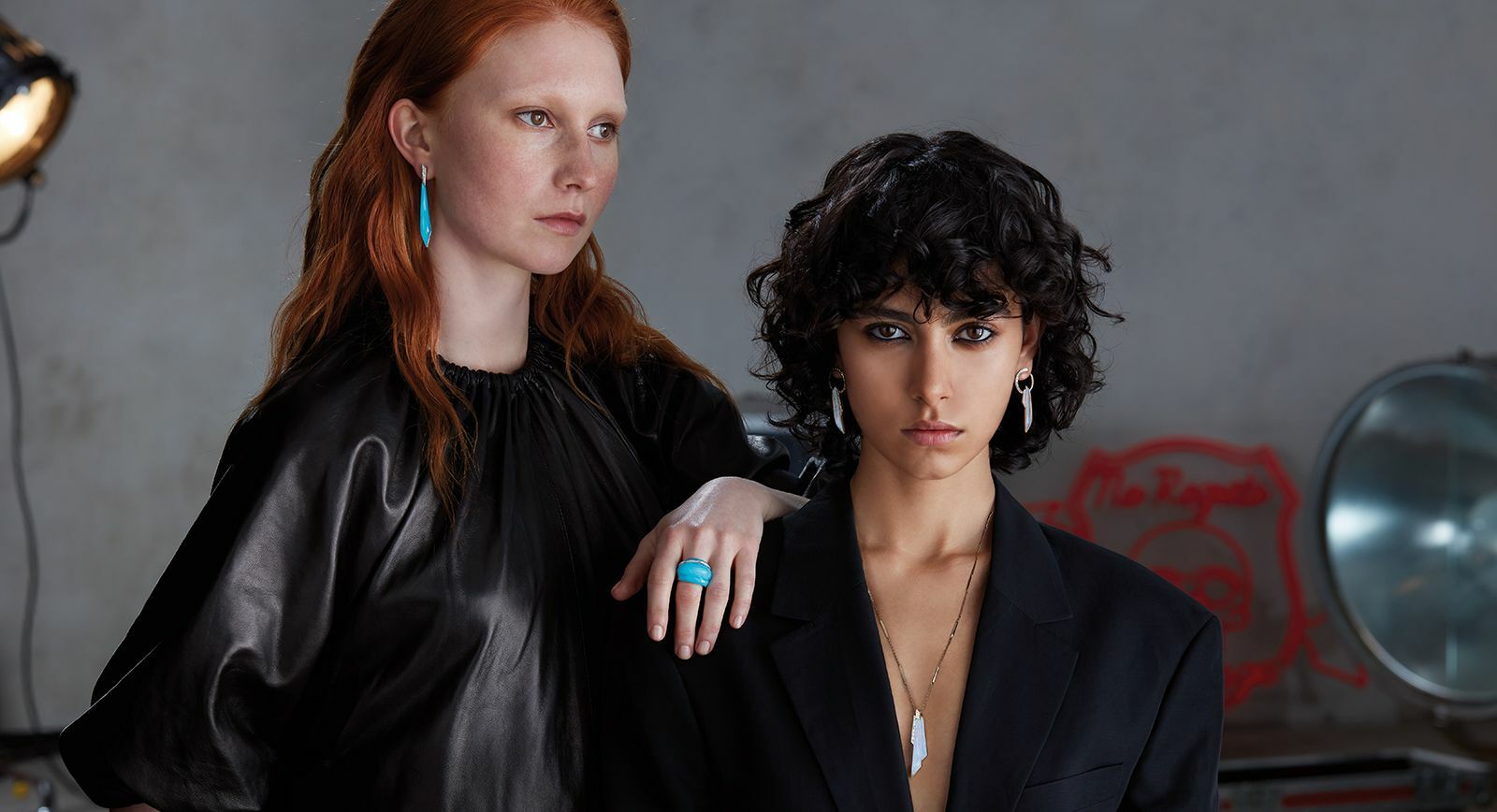 Our series exploring modern jewellery icons wouldn’t be complete without including a jewel by maverick maker Stephen Webster MBE, who has been subverting the rules of fine jewellery for decades. A trained goldsmith who learned his trade in Hatton Garden, London’s historic diamond district, he launched his eponymous brand in 1989 and was soon trailblazing a new style of fine jewellery that was grounded in traditional British craftsmanship but with a distinctly non-conformist aesthetic that was London born and bred.

Good times followed the designer wherever he went (he moved to the US in his 20s and is well known for being an enthusiastic party thrower) and very quickly his pieces attracted the attention of some very famous faces, including Kate Moss and Guy Ritchie. When Ritchie’s then-wife, Madonna, was photographed leaving a party wearing one of Stephen’s Crystal Haze rings, a jewellery icon was born. 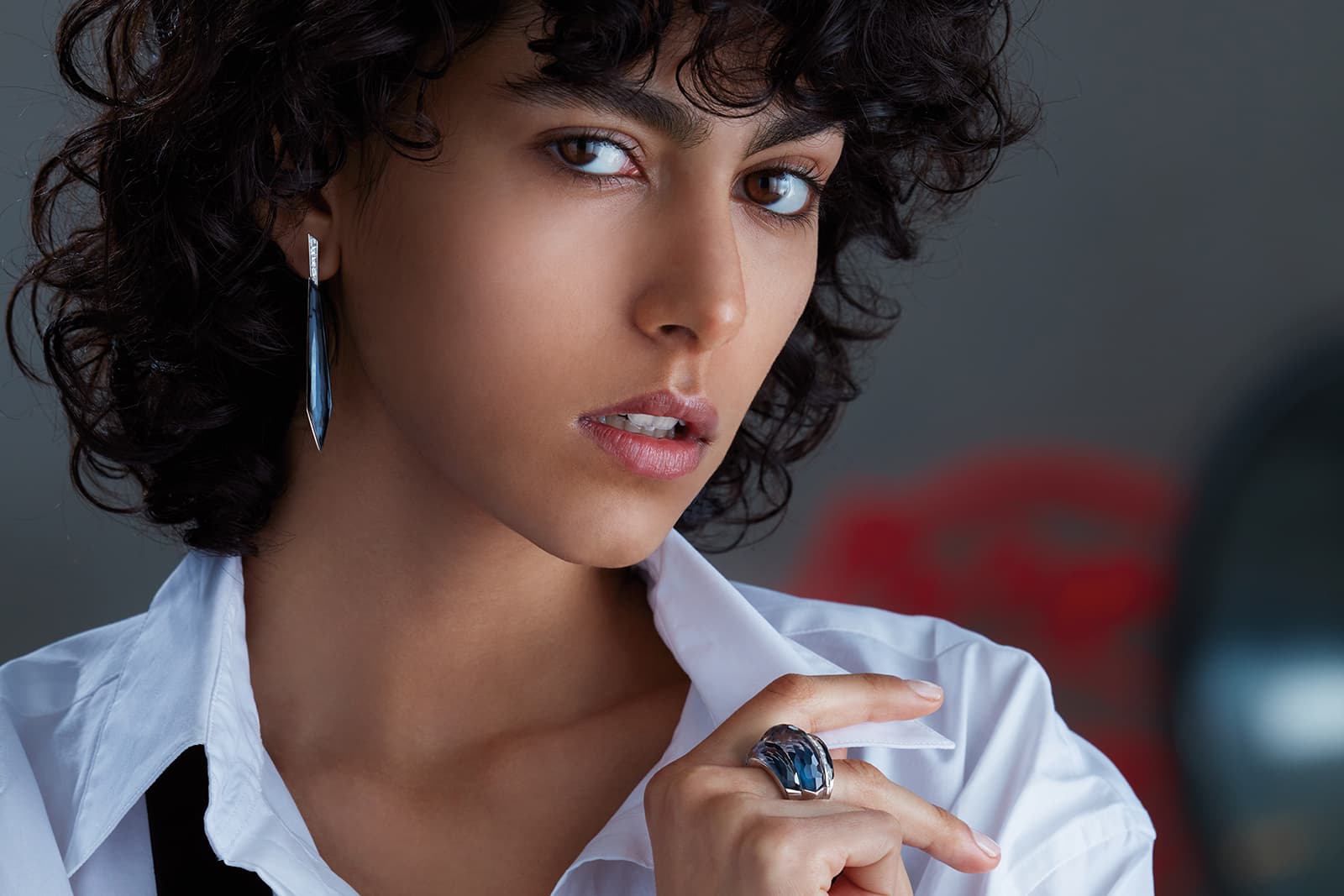 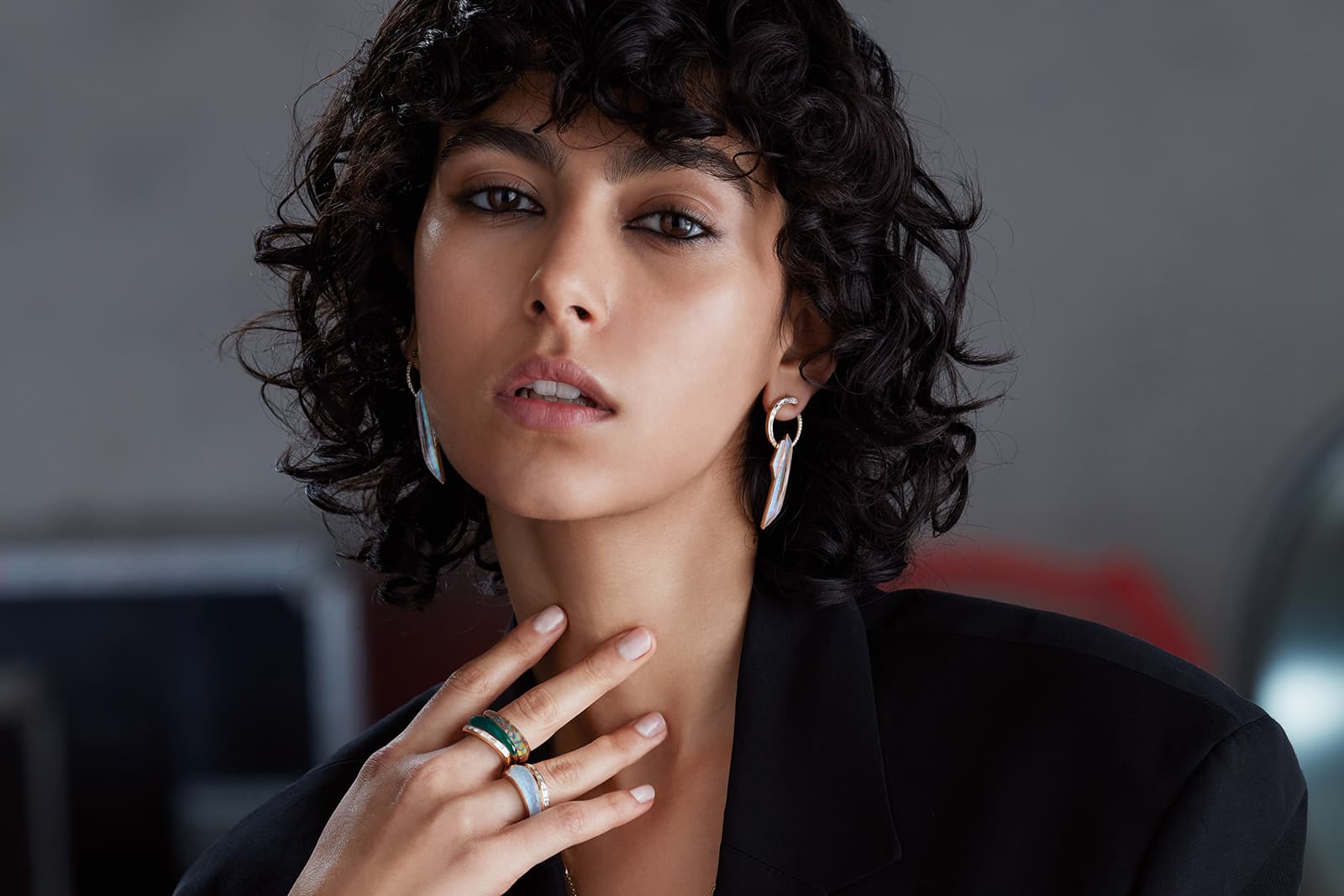 Stephen’s Crystal Haze jewels produce a holographic haze of colour when the light catches them that is utterly mesmerising. To create this unique effect, the designer spent months perfecting a technique that involved bonding quartz over an opaque stone using laser-cutting processes, mimicking the old jewellery-making technique of layering gemstones and manmade materials to create a doublet or triplet. By doing so, the quartz became a magnifying glass, reflecting the colourful opaque material beneath. 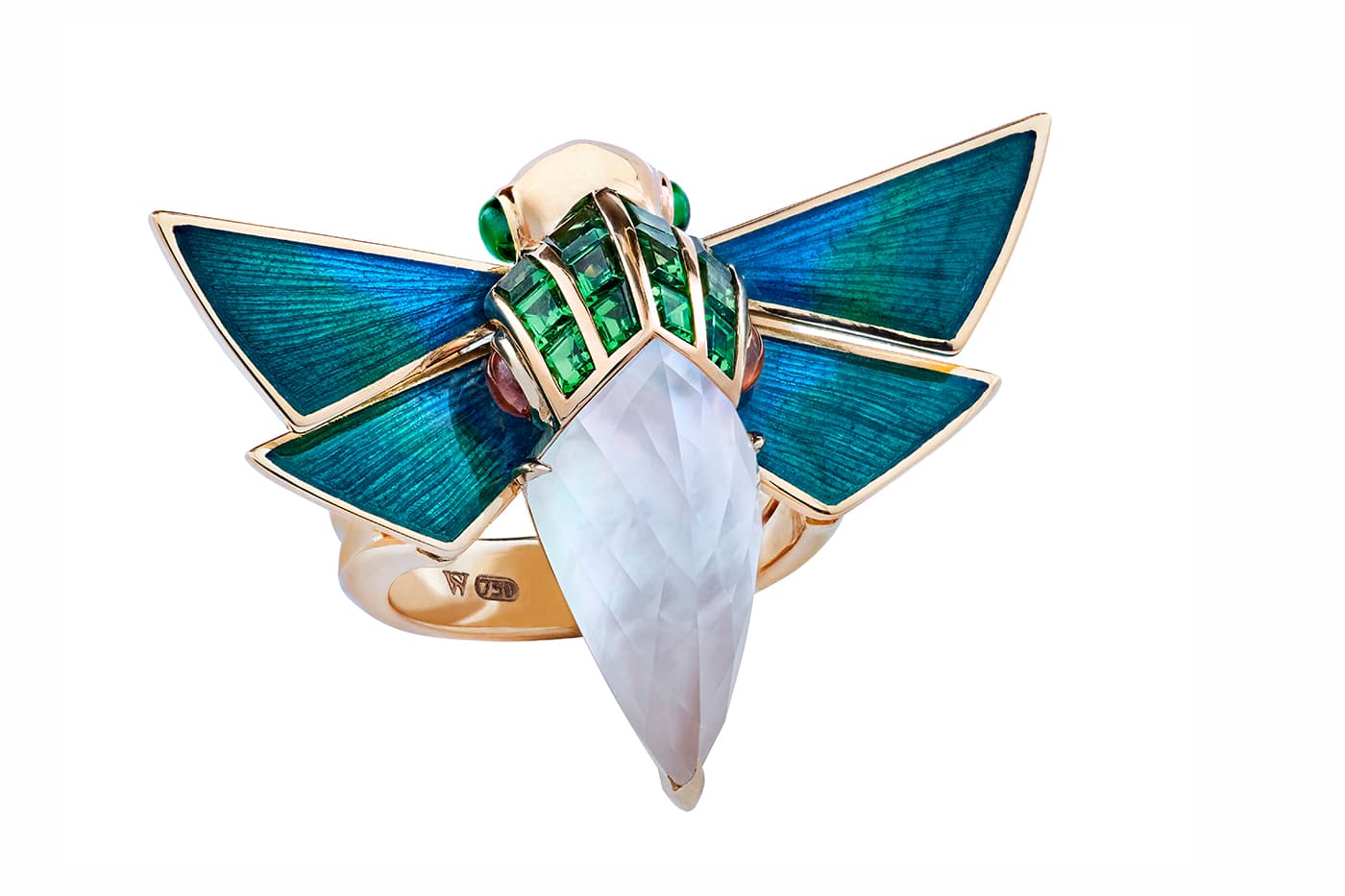 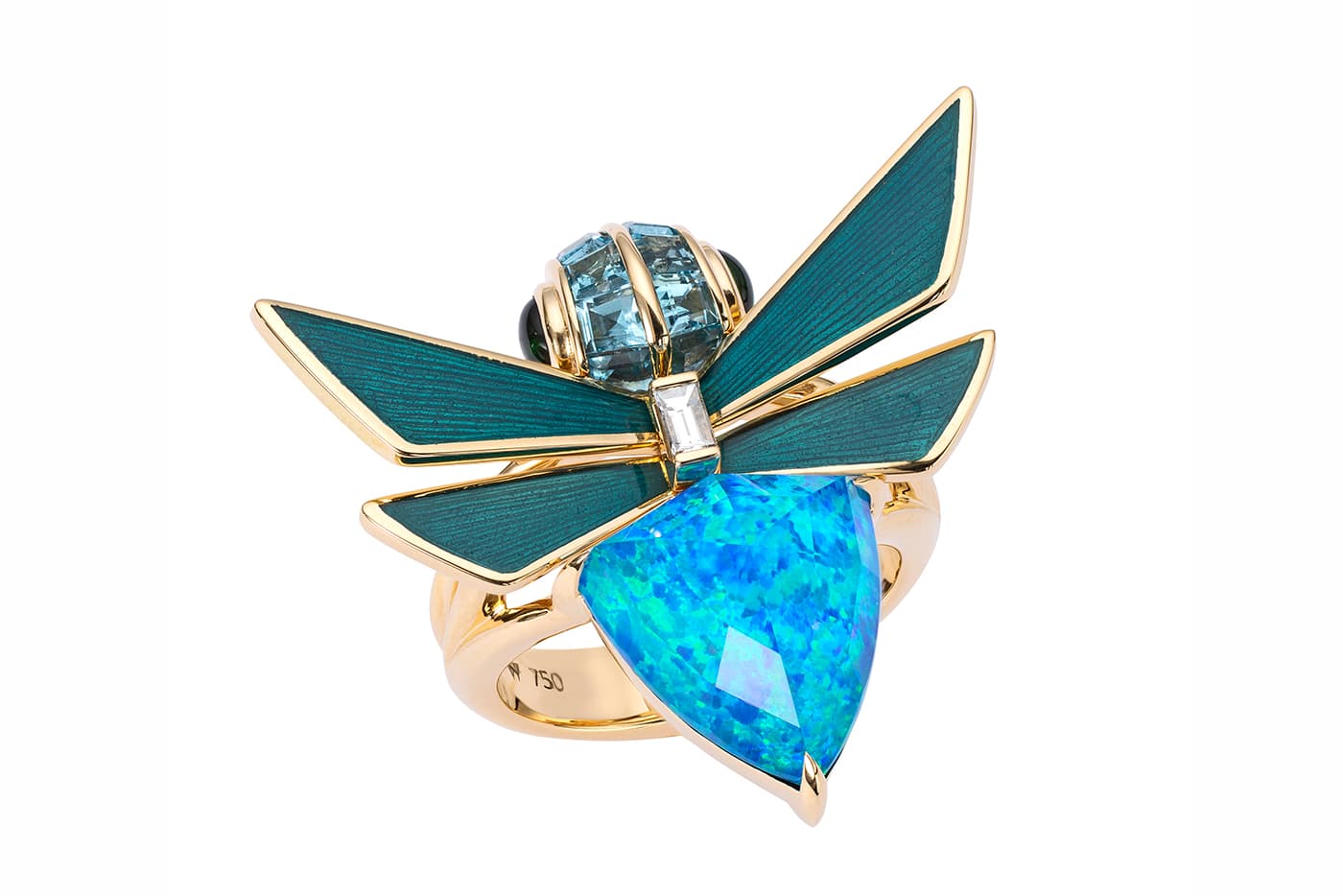 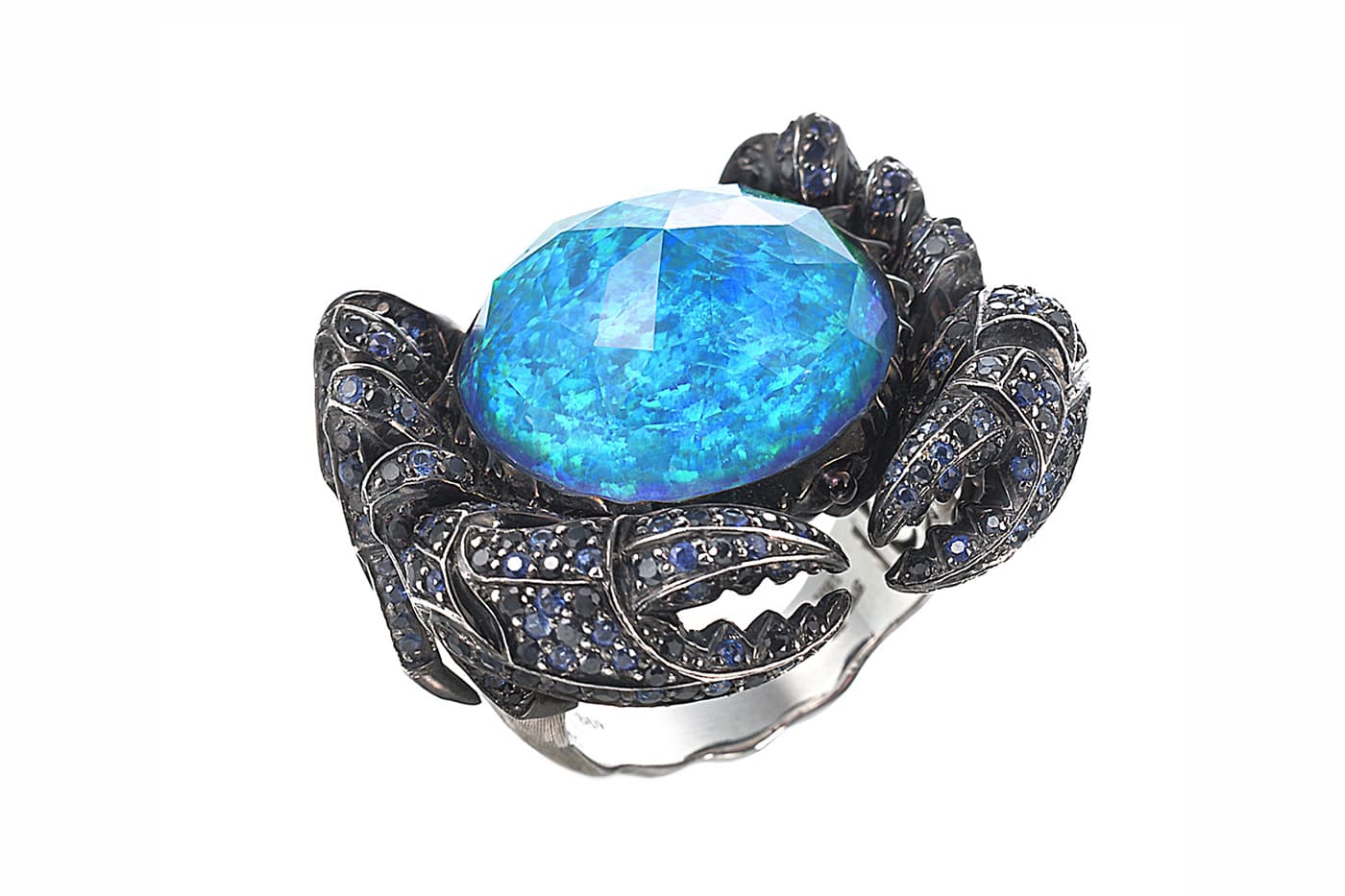 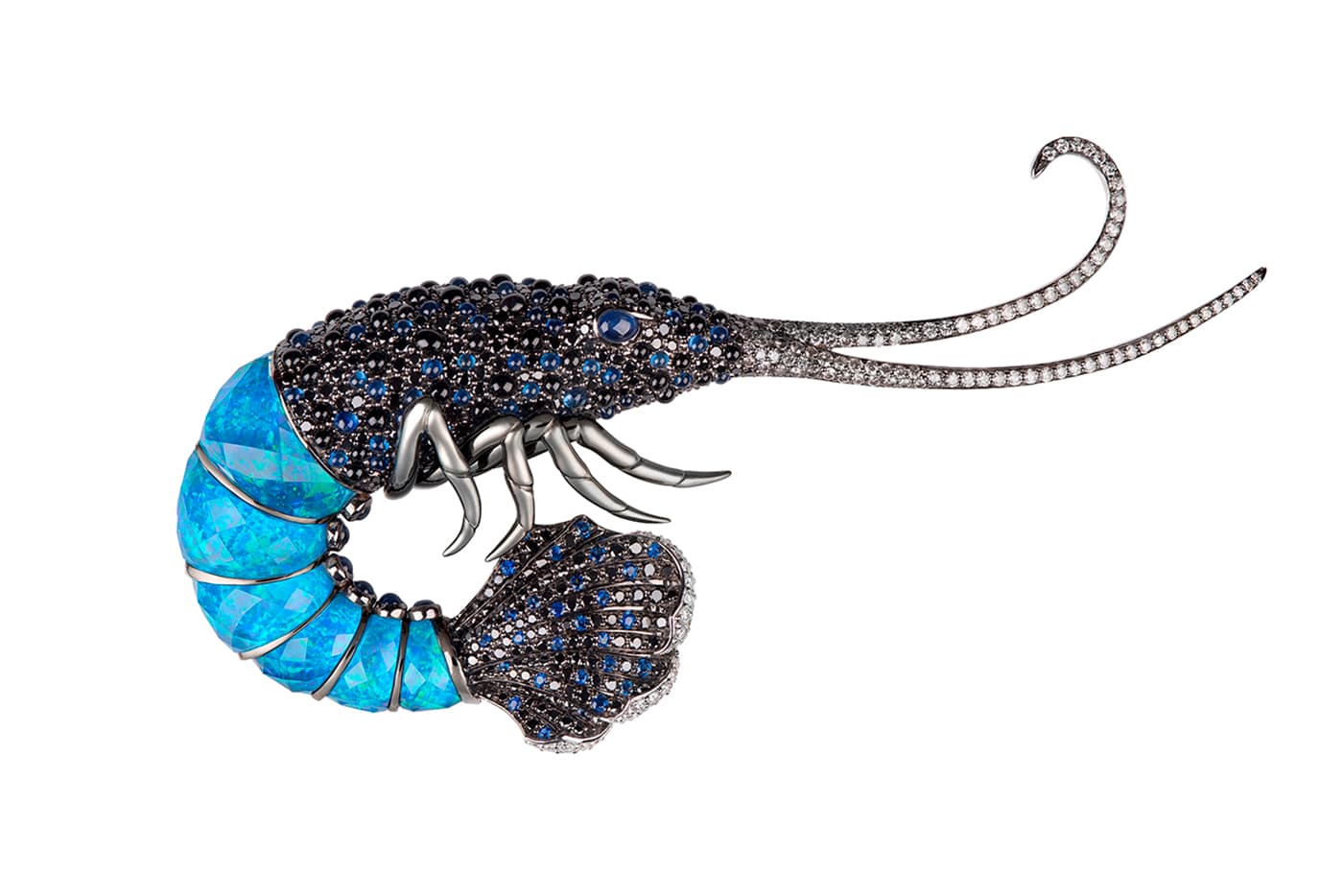 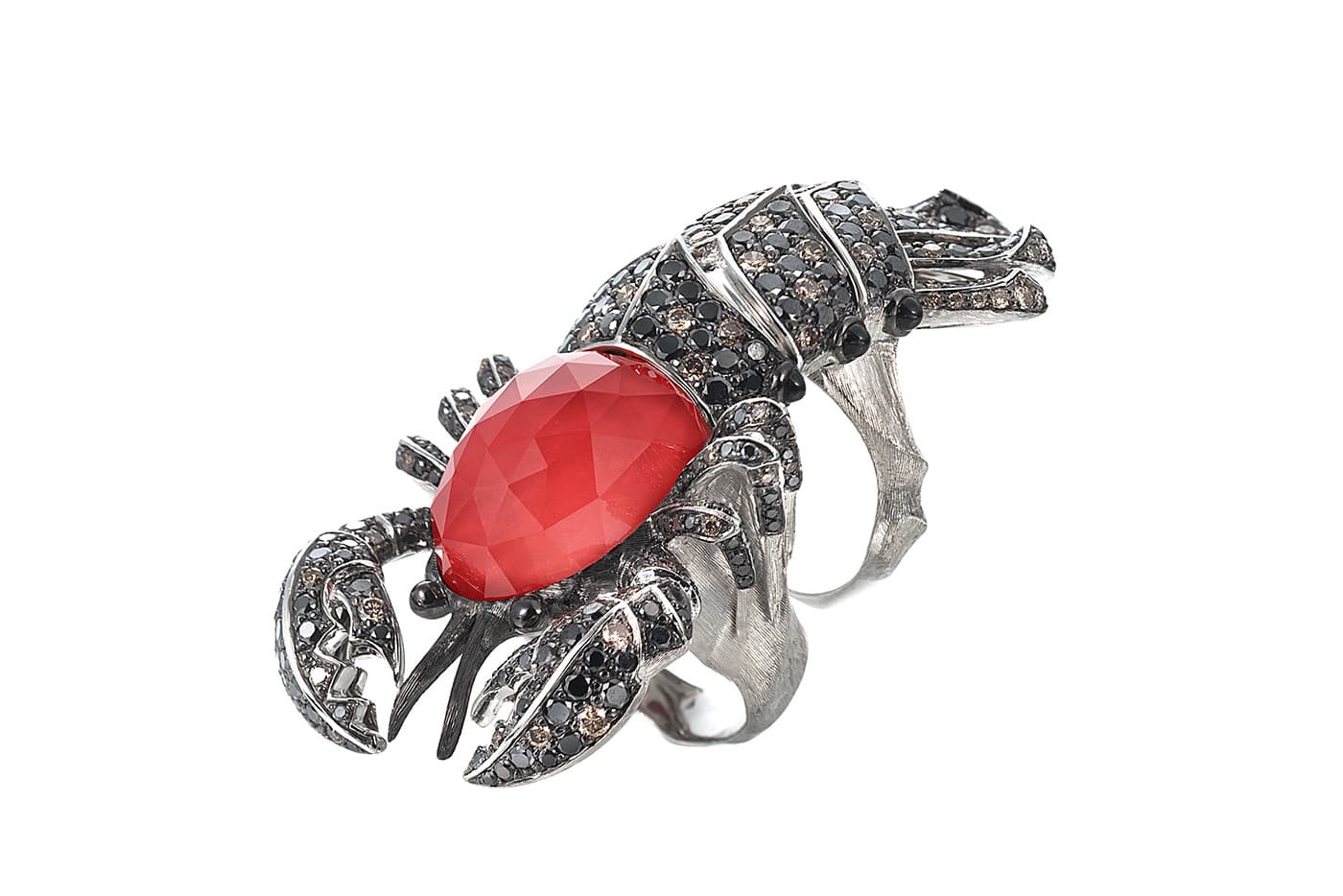 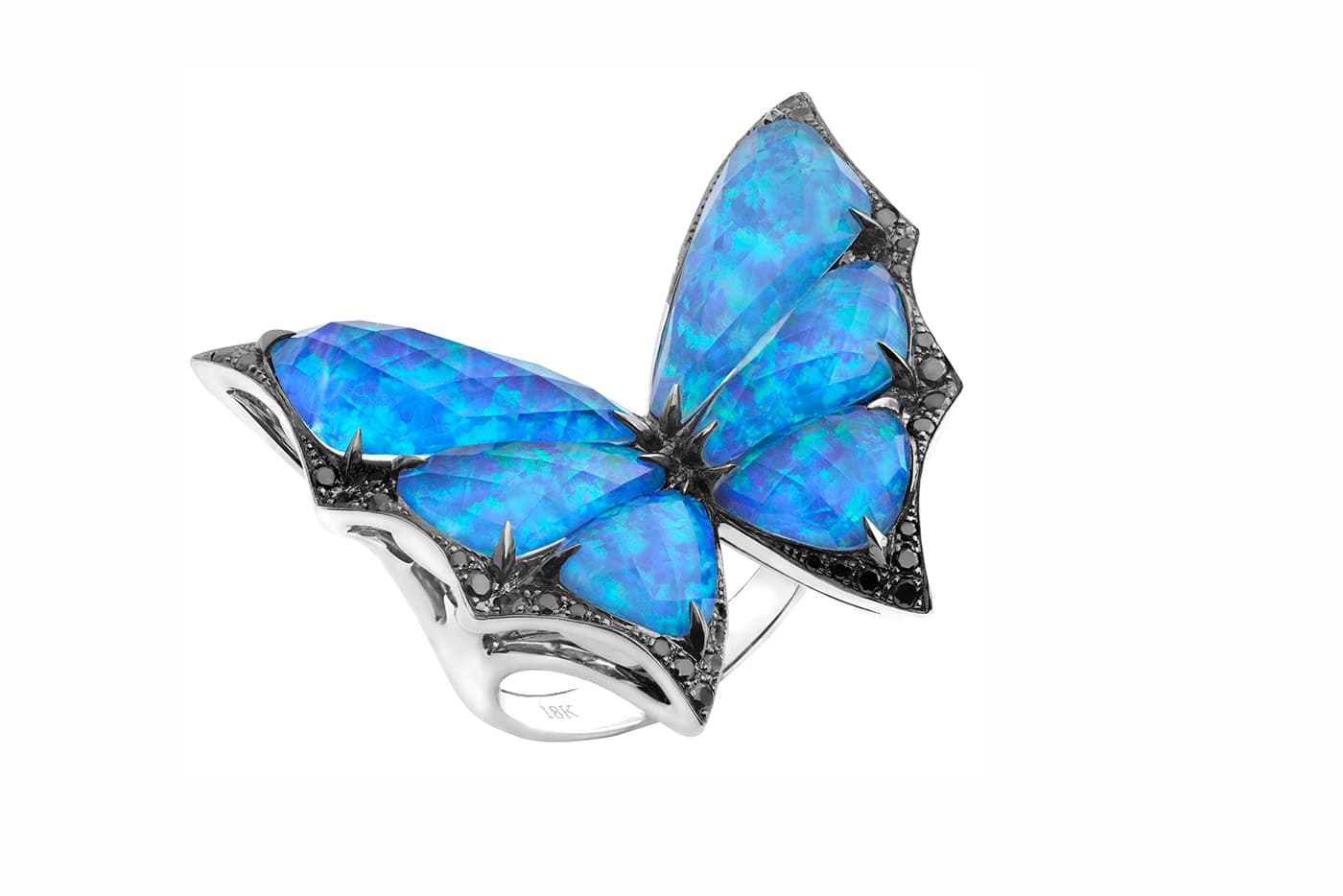 “I spent 18 months or longer attending glue school and much trial and error before learning about the bonding techniques of the West Coast glass sculptors,” he remembers. “That was the key to perfecting what I knew could be something amazing in jewellery. The final process to add to the effect was to facet the top layer of the quartz. The facets projected a holographic effect onto the surface of the material below. 25 years later and I’m still blown away when a new material goes into the process and we get new colourways.” 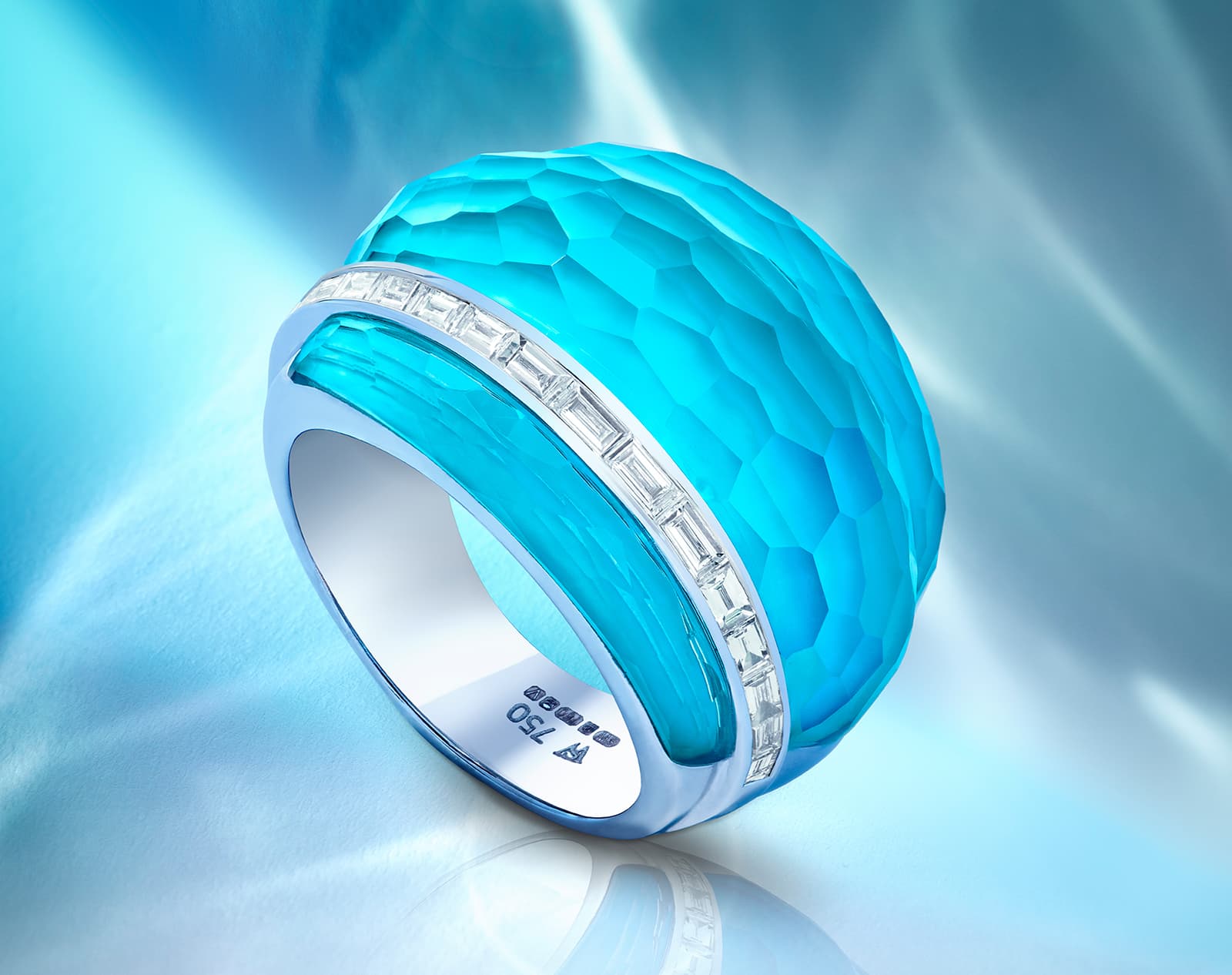 Even though it was created a quarter of a century ago, Stephen’s Crystal Haze ring remains a seminal piece of jewellery design. How does a jewel stay relevant for so long? “Twenty-five years ago, creating a ring that demanded attention while at the same time provoking questions about what it actually was in itself broke down a few of the sacred rules of fine jewellery,” the designer explains. “The hero of the pieces [faceted quartz] had no particular intrinsic value but a lot of mystery and the colours I could achieve [by layering the quartz over an opaque stone] allowed me to introduce a whole new, more tonal colour palette. The lines of the goldwork were bold but simple, allowing the Crystal Haze to shine through to maximum effect.” 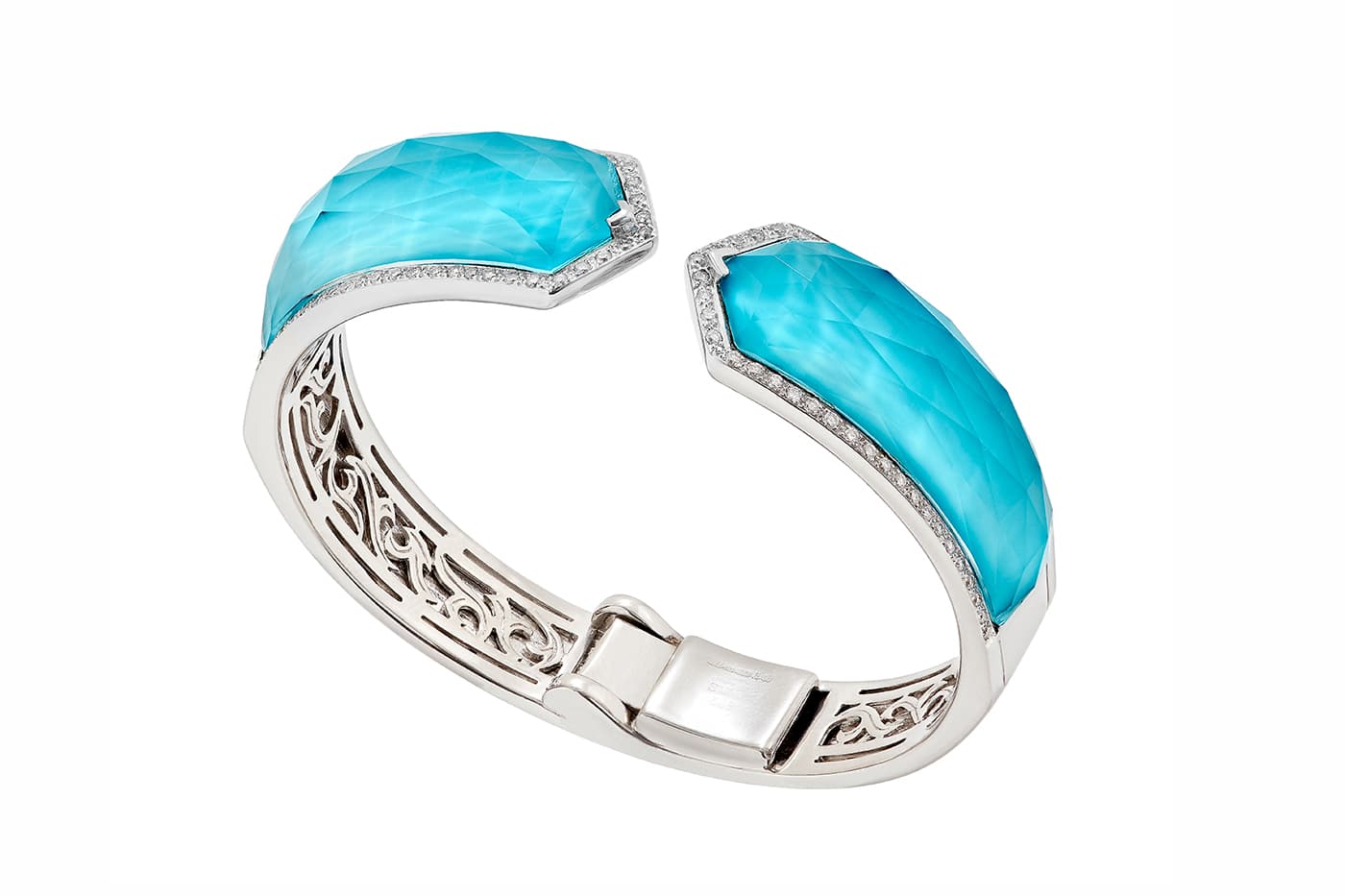 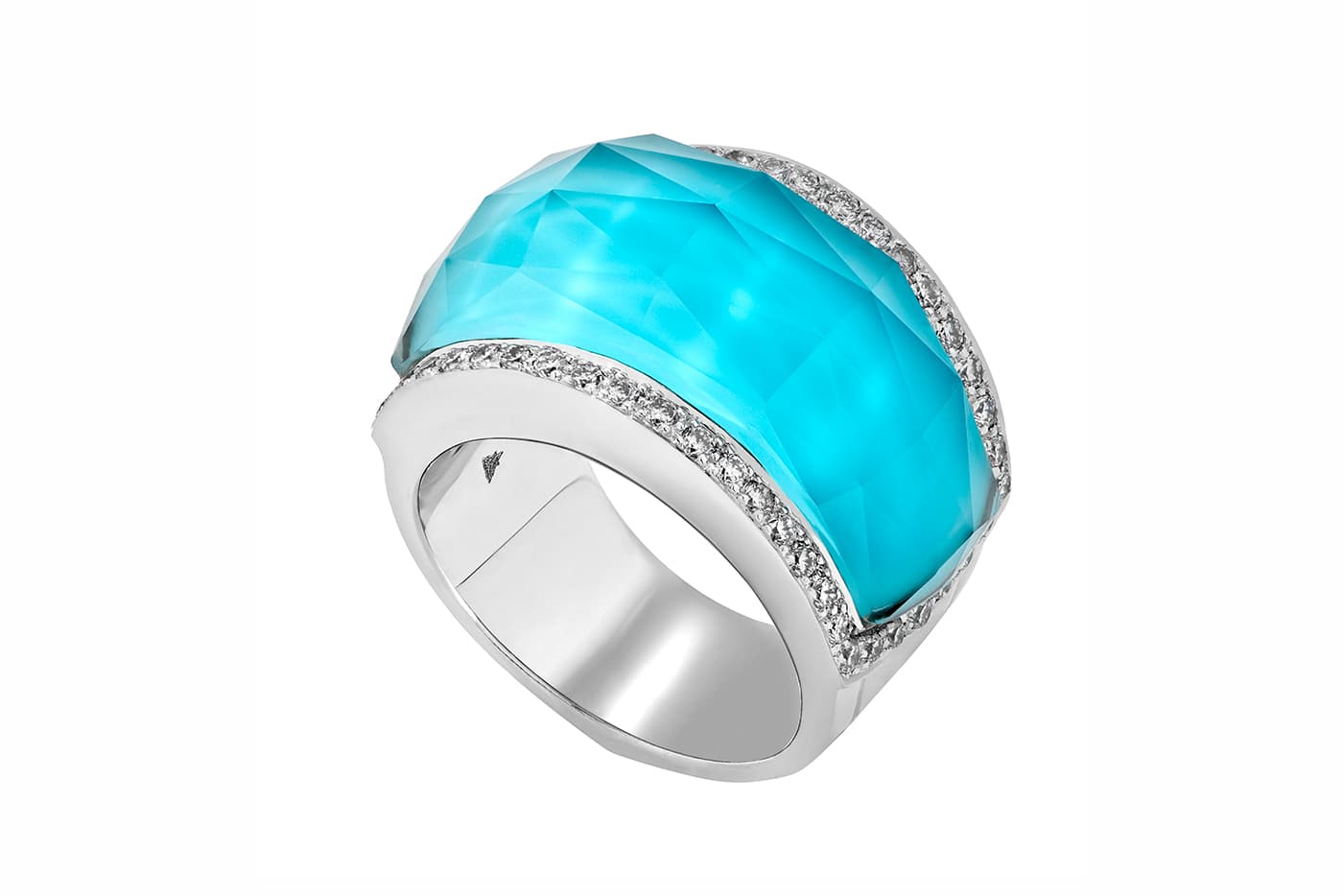 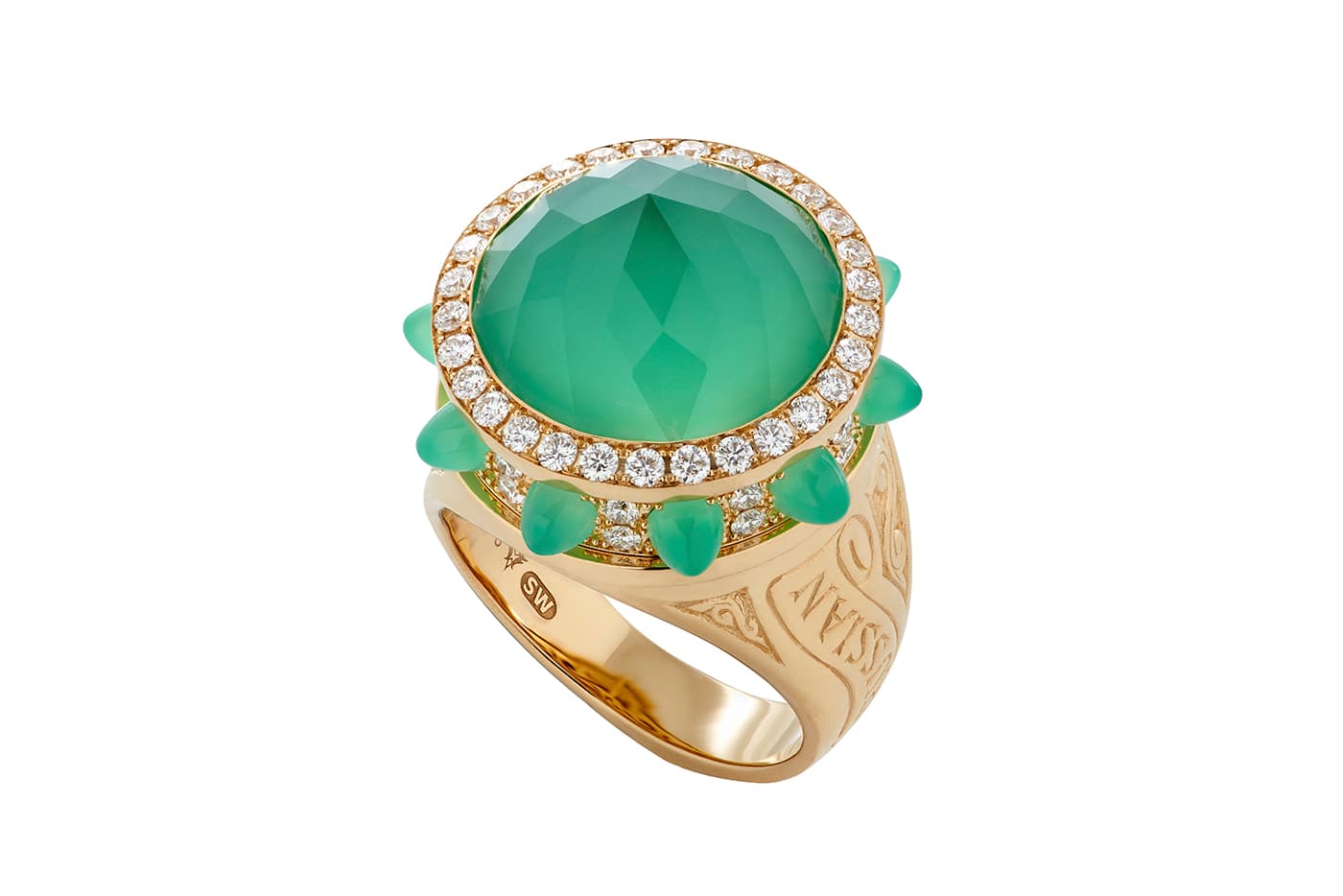 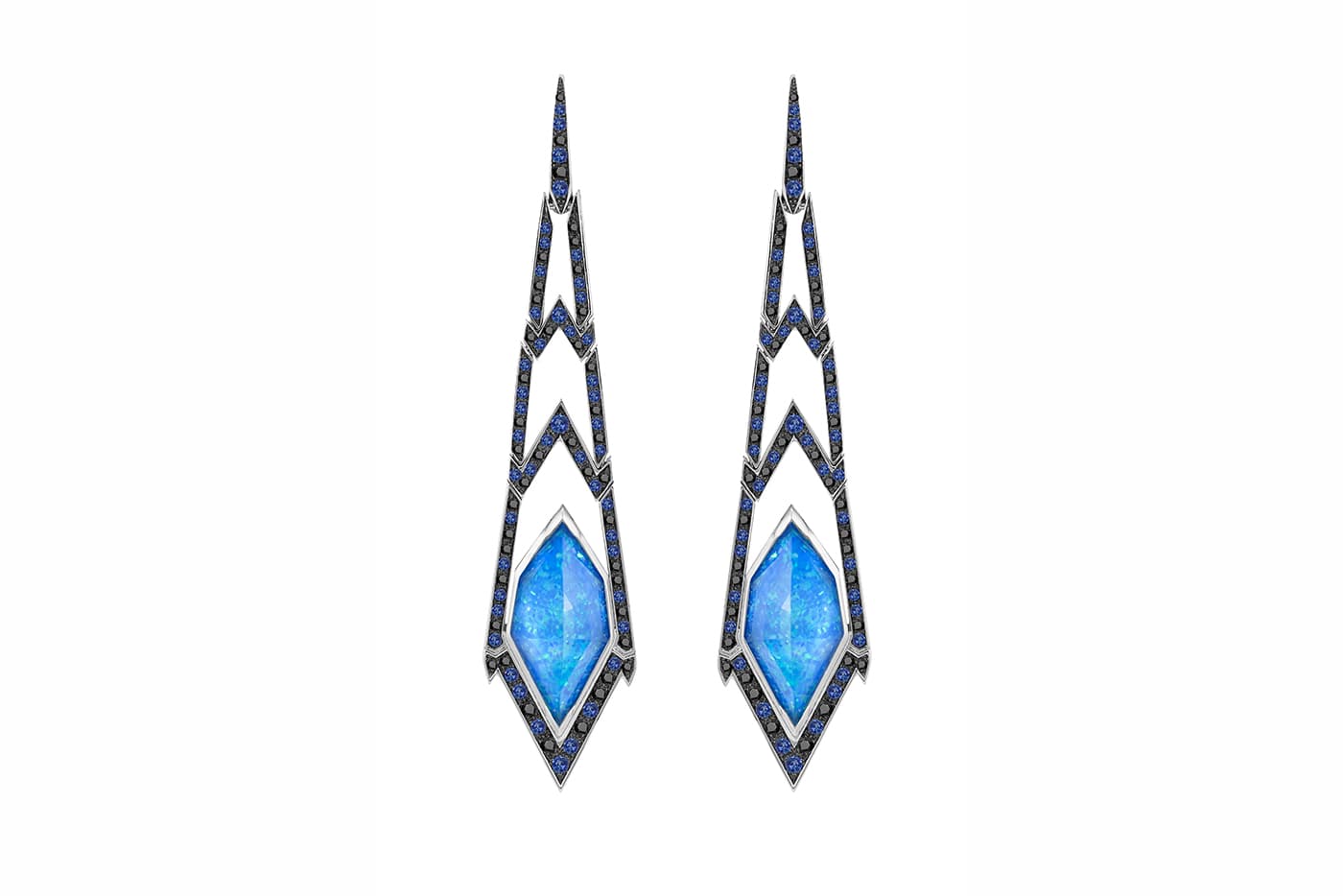 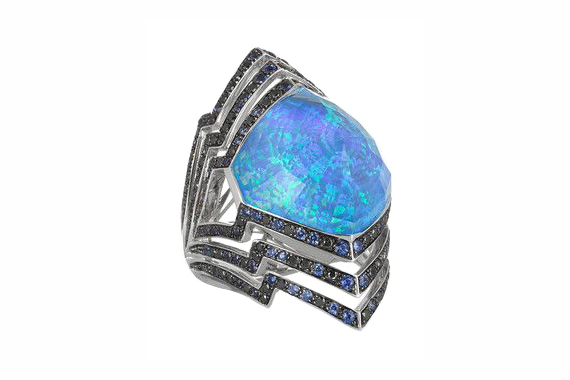 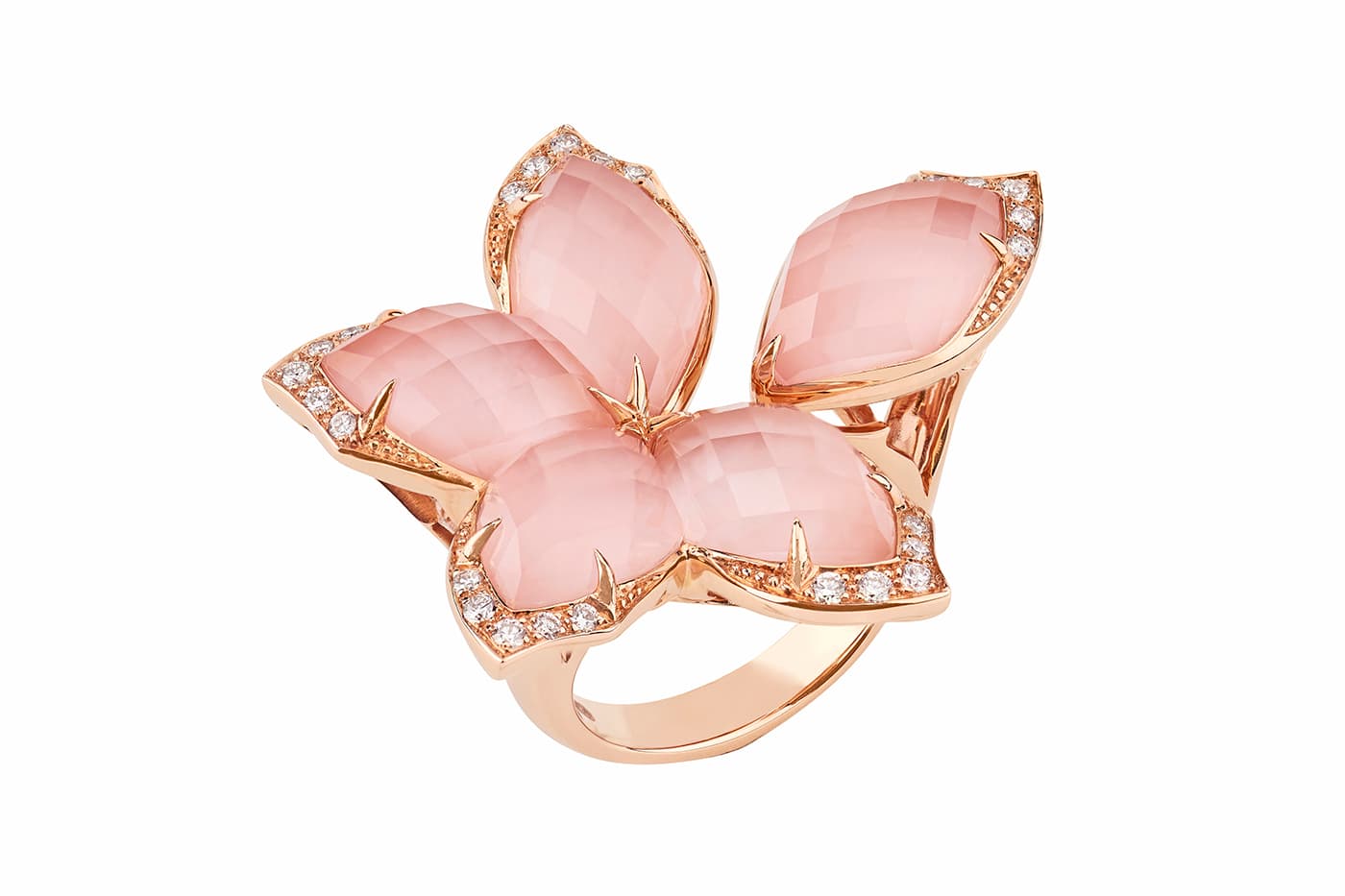 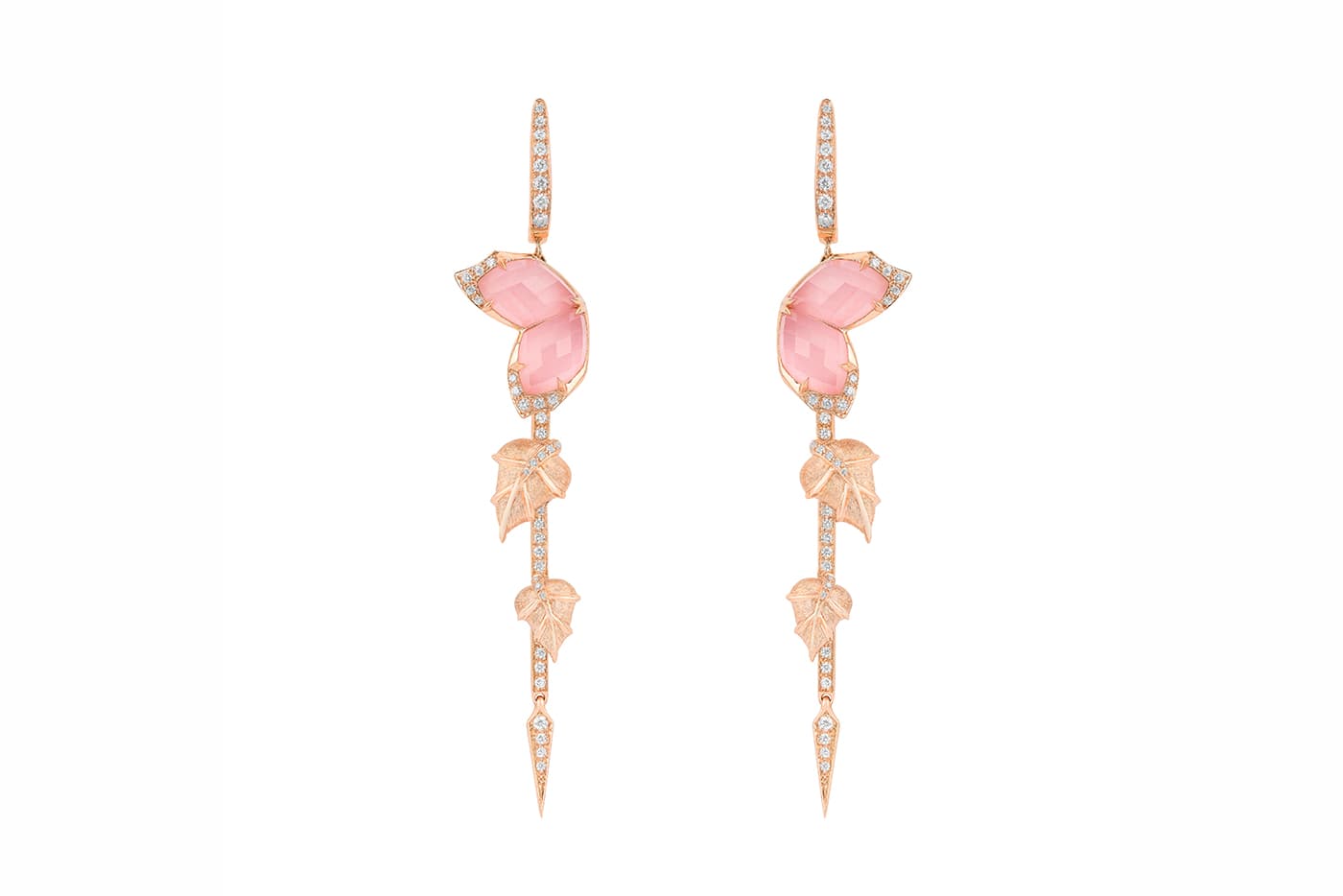 The jewels also became symbolic of the kind of independent woman who loved purchasing jewels for themselves. “The Crystal Haze pieces were almost exclusively purchased by the wearer according to her style and wardrobe,” explains Stephen. “Previously, fine jewellery had been bought by men and given usually as a surprise to women. On the whole, men played it safe: why risk it when diamonds, sapphires, rubies and pearls were always enthusiastically received? But the times were changing.” 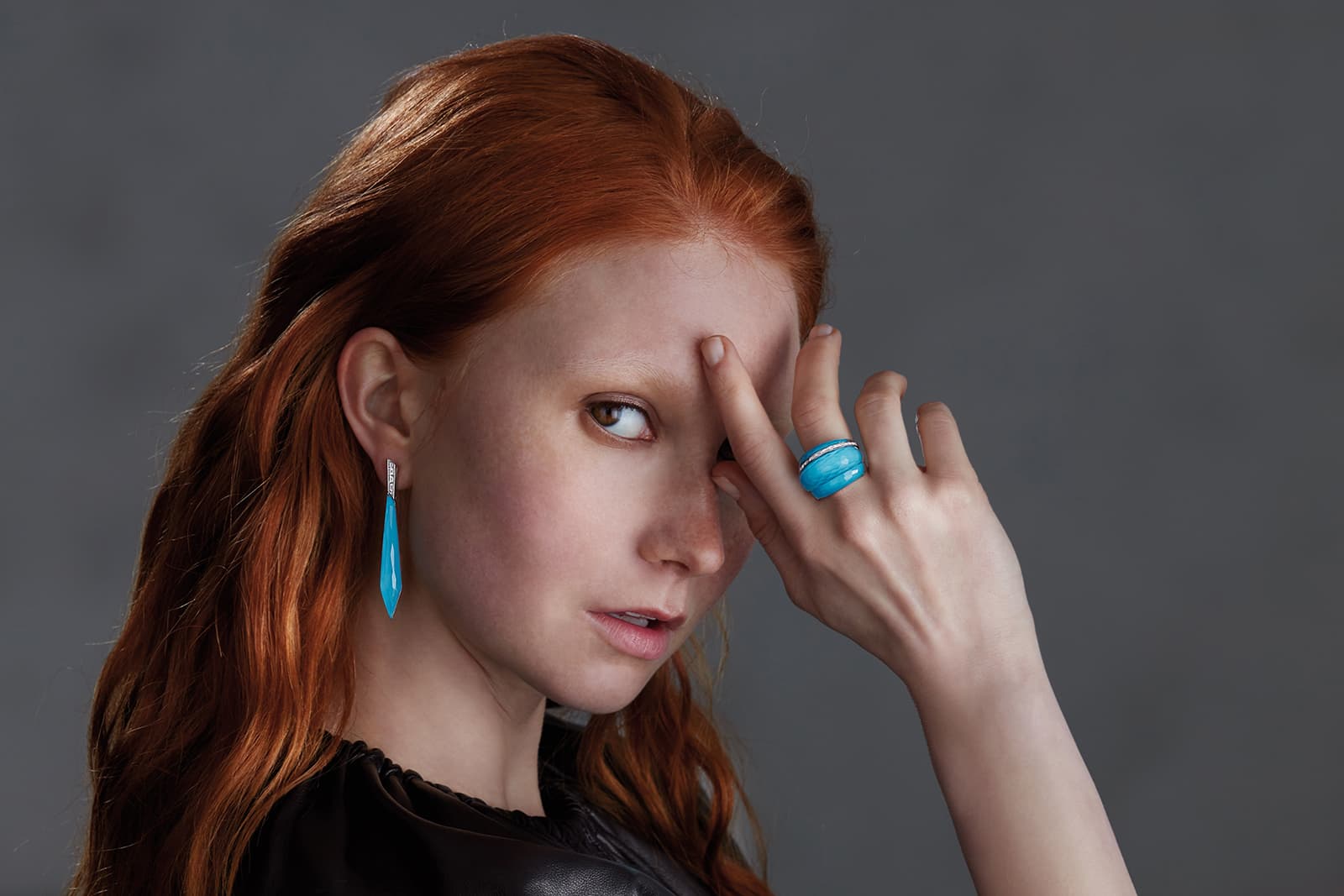 To celebrate the 25th anniversary of Crystal Haze, in May this year Webster launched CH2 - a reimagining of the collection, envisaged by the designer’s daughter, Amy, who joined the business almost three years ago. With its clean, minimalist lines, accentuated by baguette-cut diamonds, this contemporary reboot of a classic is designed to appeal to a new generation of jewellery lovers, male or female.

“Over the last 25 years, the progression of women’s empowerment has come with an abundance of jewellers and jewellery that only talk to the wearer. With the lines now blurred between gender-specific products, men are just as likely to be the wearer as women, opening up so many possibilities,” explains Stephen, capturing perfectly the current zeitgeist in exactly the same way as he did first time around with Crystal Haze. 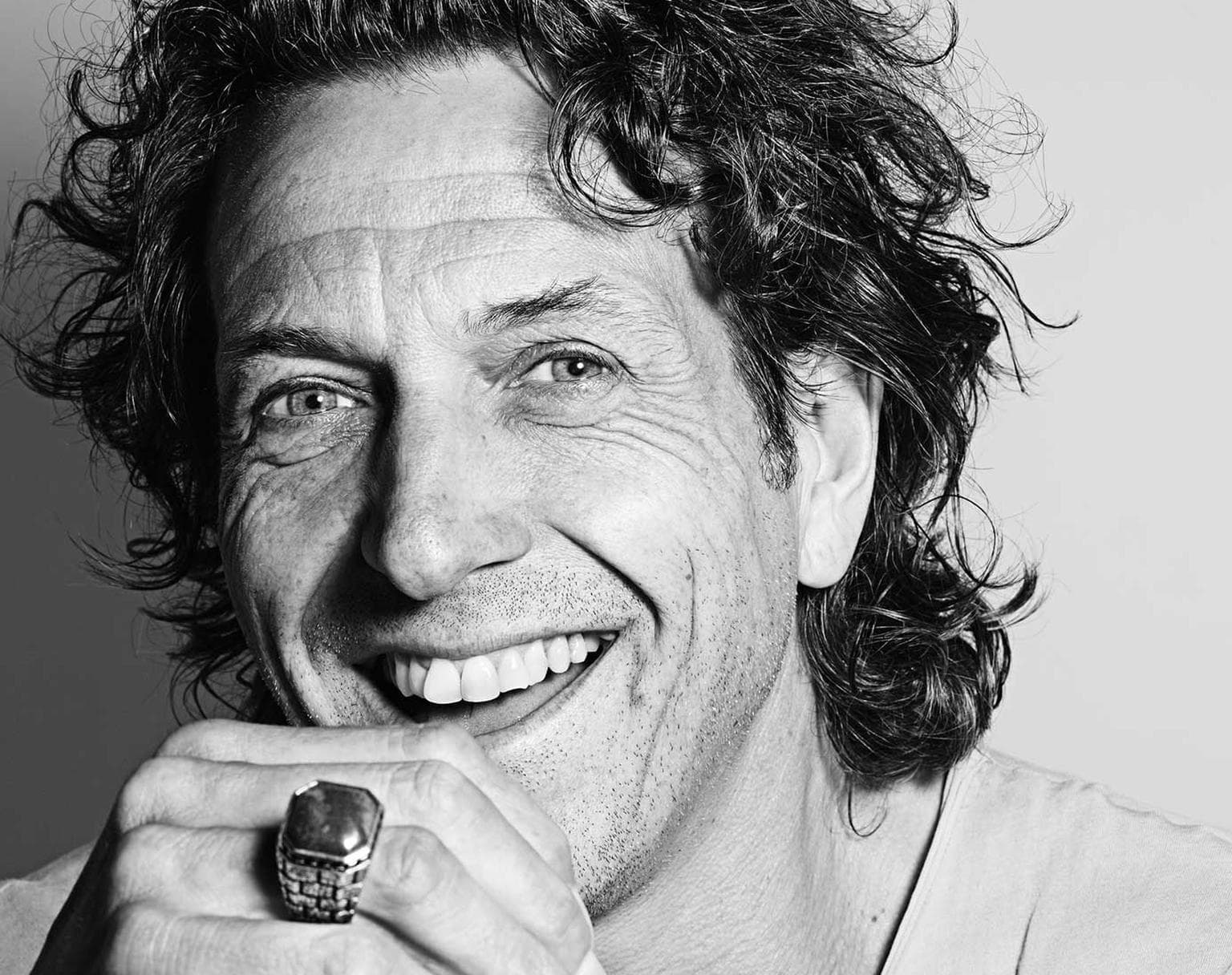 An ingenious fusion of technology and tradition, Stephen Webster’s Crystal Haze jewels were truly groundbreaking when they launched and a career-defining moment for the British designer.