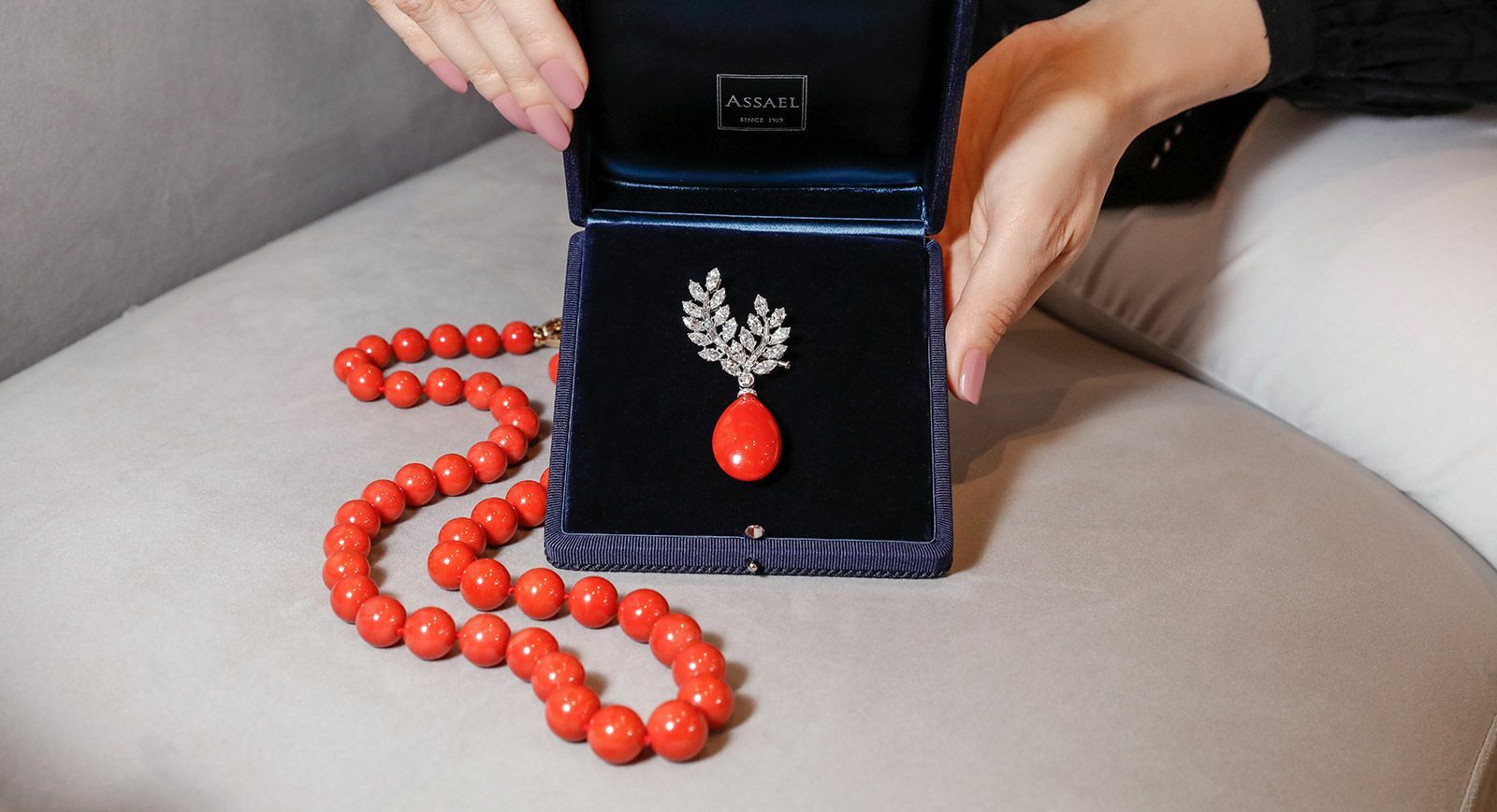 Coral is a sea mineral utilised by jewellers which nature has graced with an incomparable red or pink colour, as well as a smooth, tactile texture. As with gemstones, the quality of this ‘gift of the sea’ varies; some of its varieties are much more rarely encountered than others. To learn more about the spectrum of different types, shades and origins of coral, I turned to Christina Lang Assael - a renowned expert in this precious marine material - as well as the President and CEO of the jewellery brand Assael.

There isn’t a single precious mineral on earth quite like coral - both in terms of its composition or appearance - making it truly distinctive. The number of species of this organism is in the thousands, and the number of colour variations? In the hundreds. 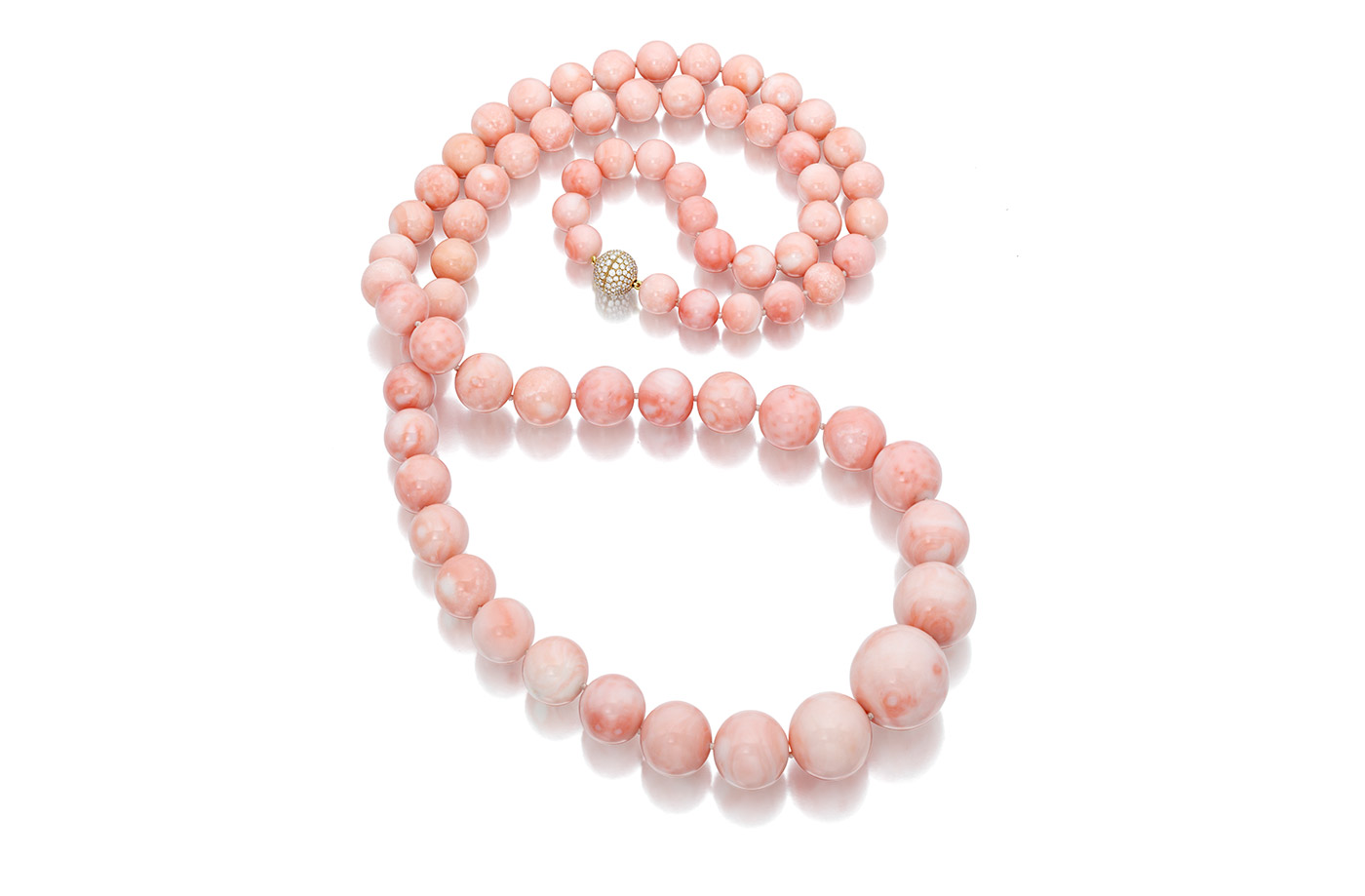 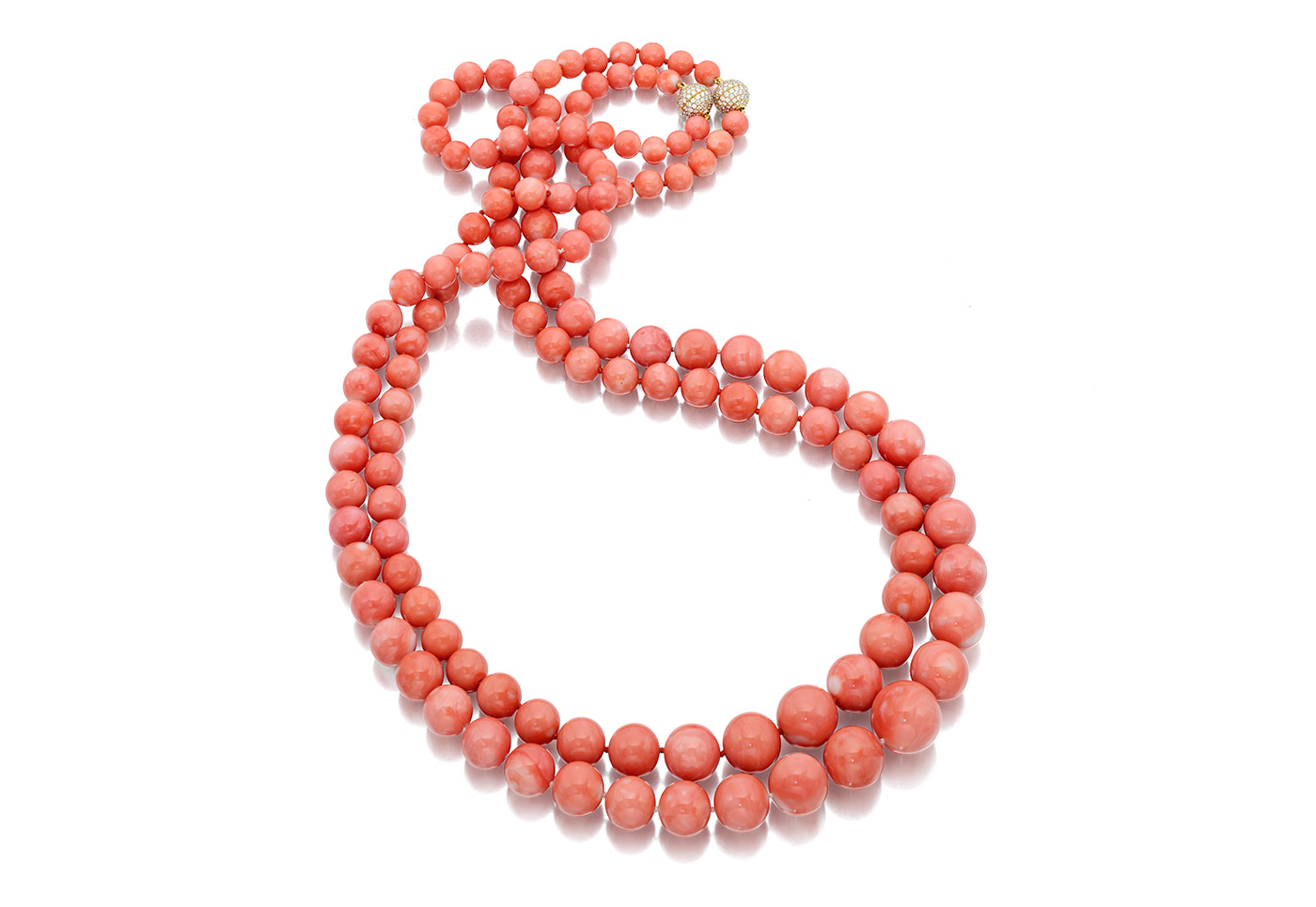 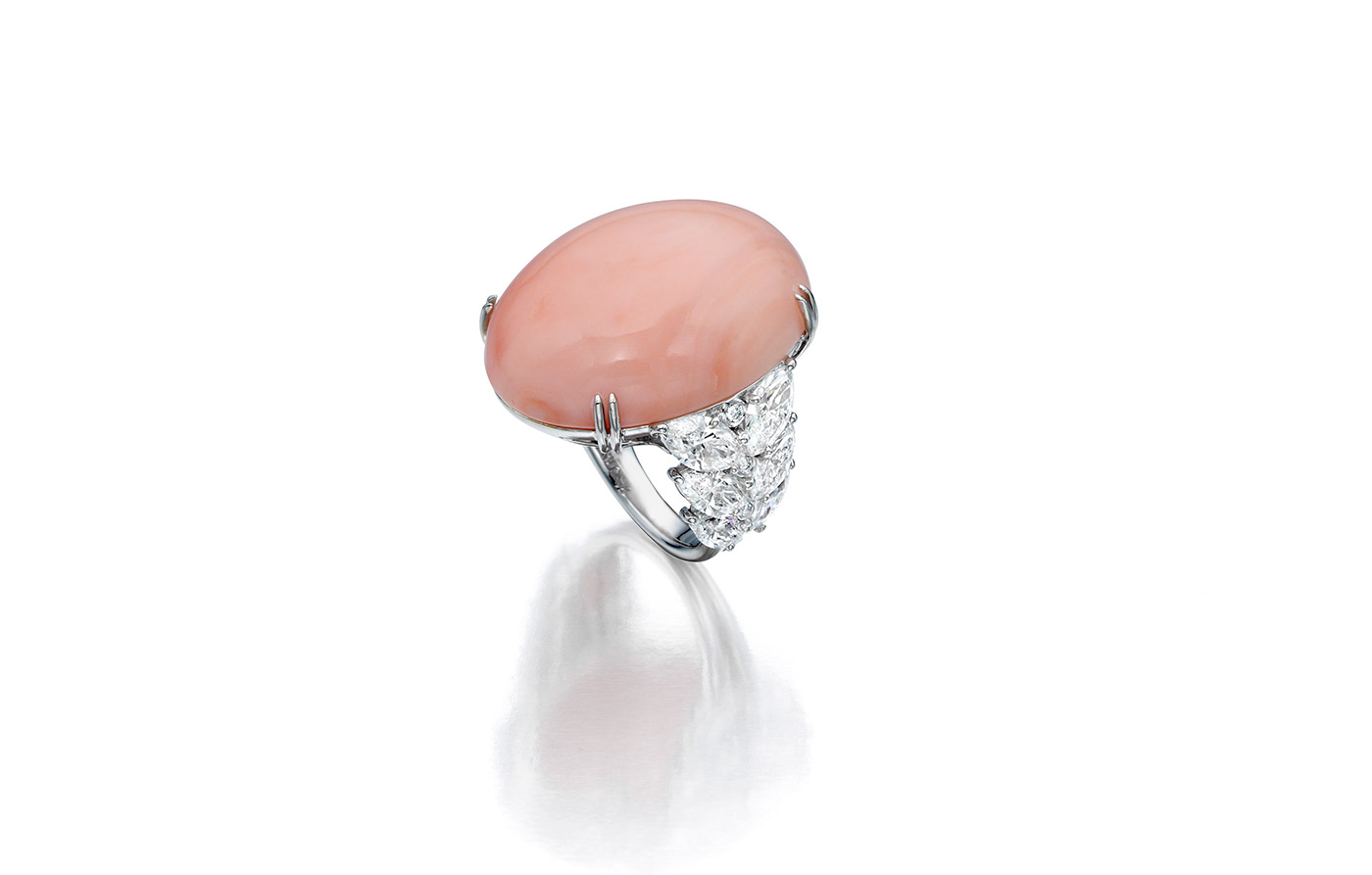 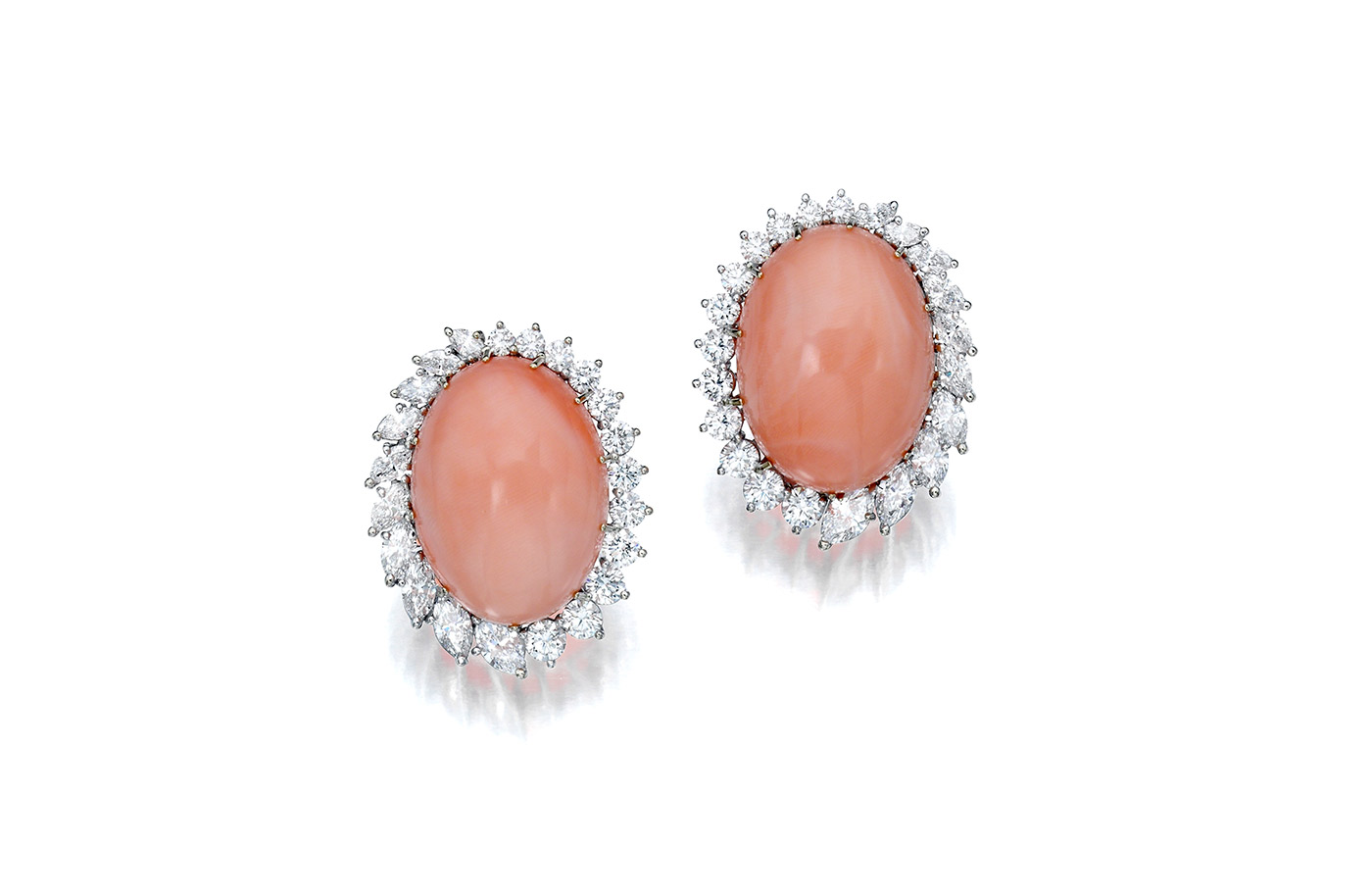 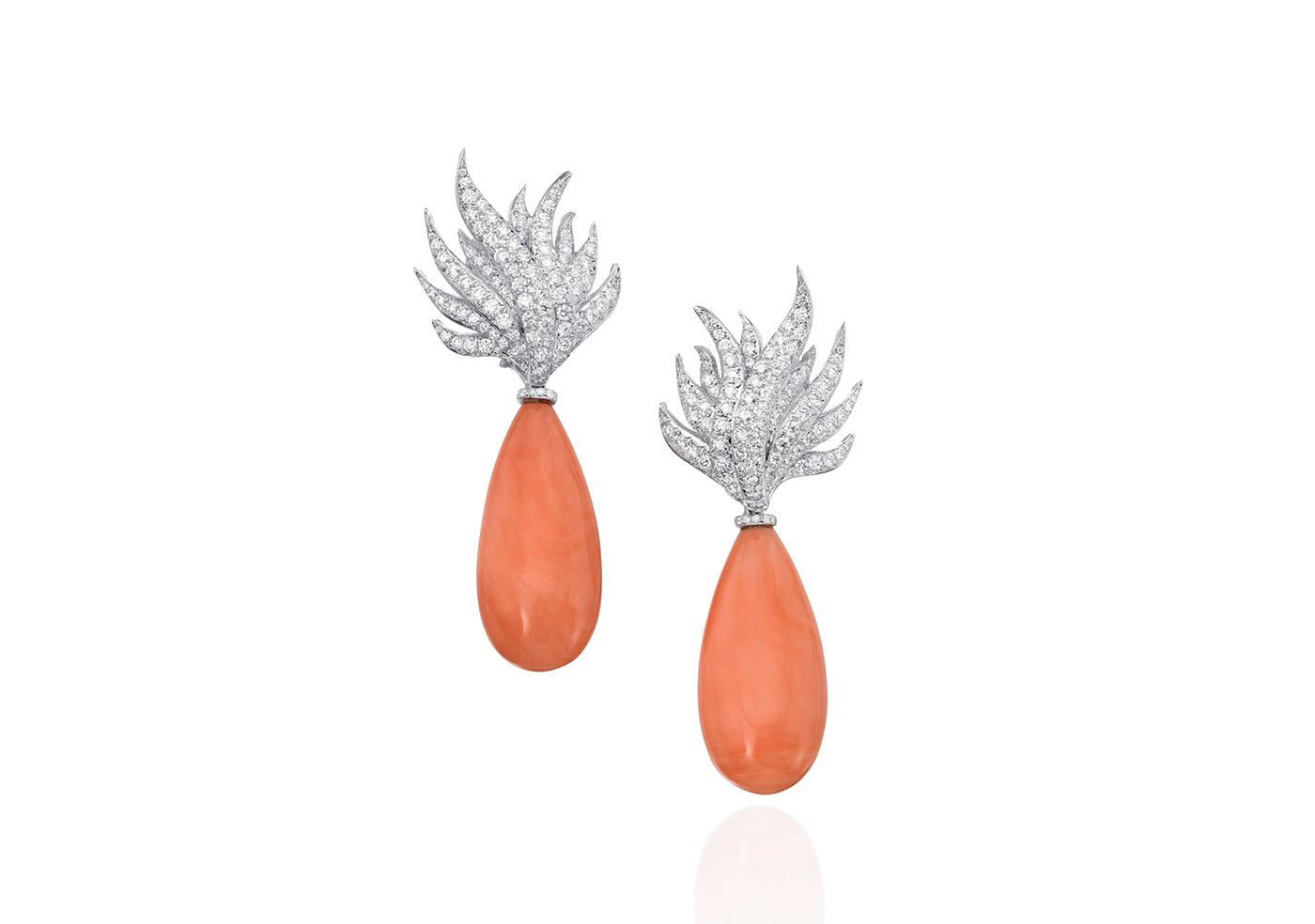 What’s more, the jewellery grade or 'precious' species of coral – that which comprises the colours and the types which are both desirable and available – can only be sourced in specific regions: for example, in the Mediterranean and the Sea of Japan and Taiwan, where there are fossilised colonies of the invertebrate polyps. Surface reefs of huge lengths, or entire coral atolls (islands) belong to different species of coral, and are not the precious gem coral that is used in jewellery. 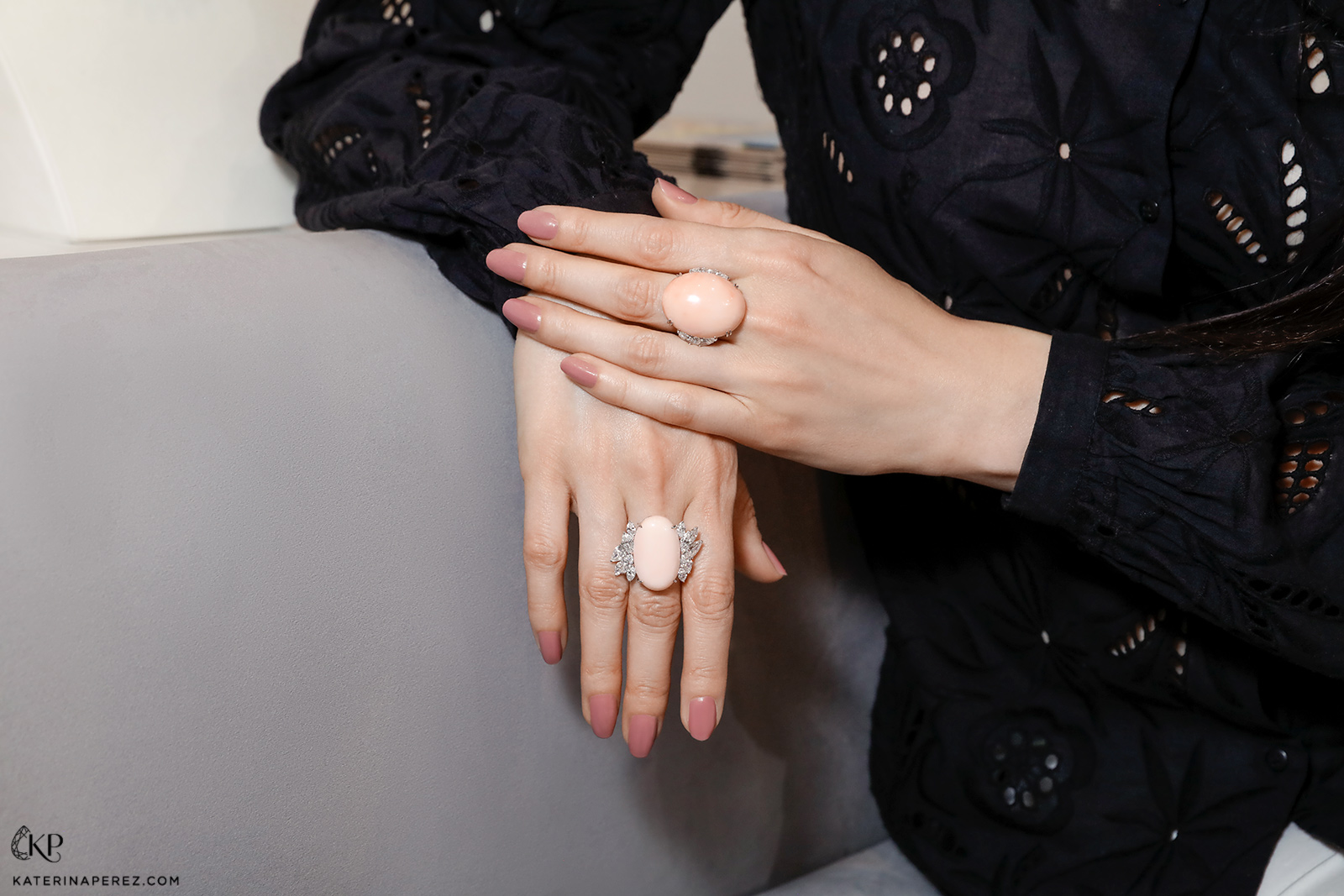 The classification of the coral material is based on the geography of its vegetation and colour characteristics. Precious pale pink and deep red corals are considered to be the most beautiful, the rarest, and therefore, the most valuable. Generally, gem coral is found in relatively small quantities deep in the ocean, far below the surface reef corals. This means that it is uncommon to come across these treasures in jewellery. Assael’s luxurious booth at the recent COUTURE Las Vegas exhibition, however, was an opportunity for me to observe and examine several coral types simultaneously: feminine pink and salmon coloured specimens known as ‘Angel Skin’ coral, as well as ‘Sardinian Red’ coral, and an incredibly valuable darker red species known as ‘Aka’ coral, also referred to as ‘Oxblood’ coral. 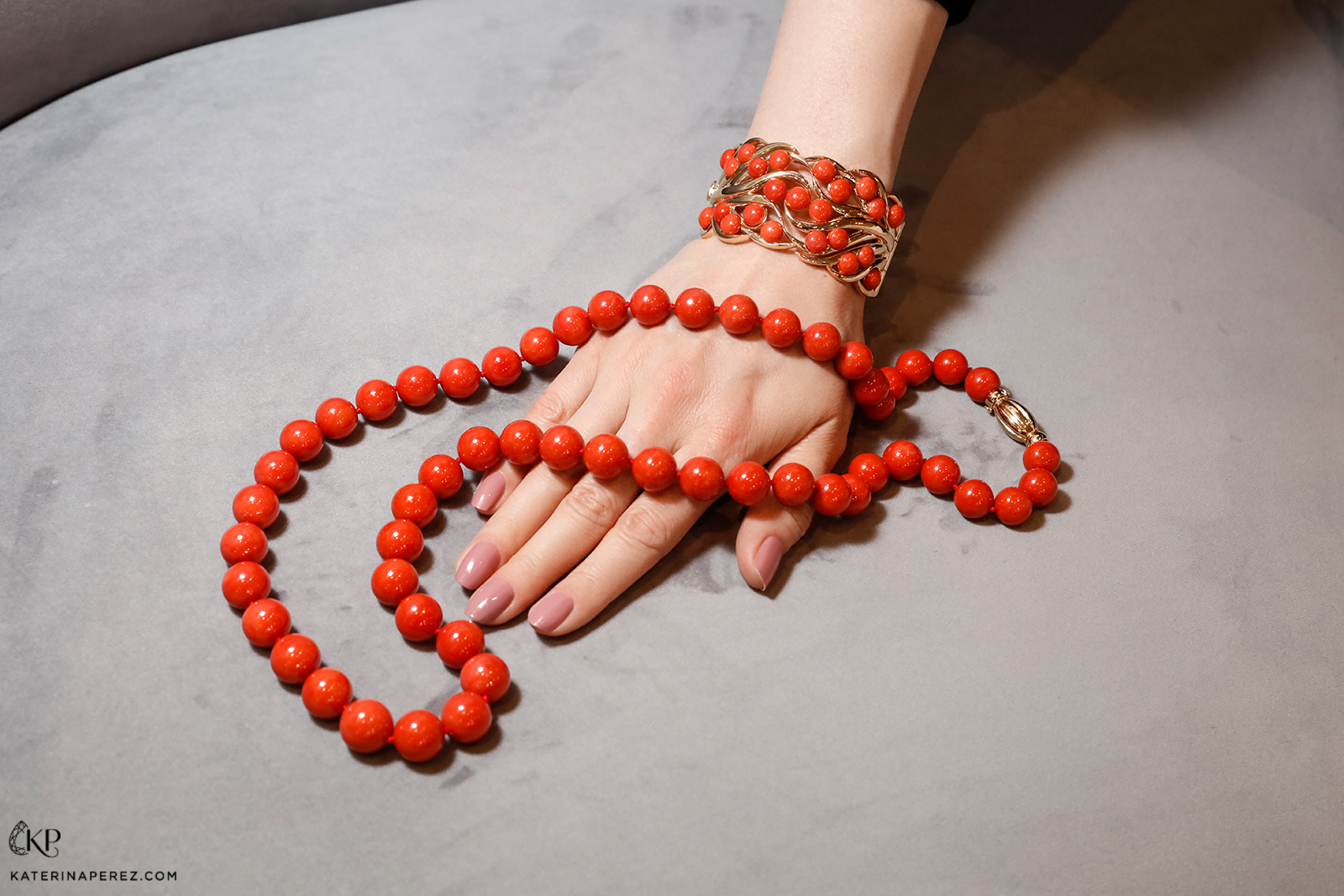 You’re most likely to recognise the name Assael thanks to the magnificent pearl jewellery which the company is known for. The company has another speciality though: creating coral jewellery that is set in gold, or strung into strands. It was this selection of coral jewellery in the salon’s display case - worth millions of dollars - which caught my attention.

Introducing me to a $3 million dollar deeply red Aka coral strand, Christina Assael explains, “This is a very special piece of Aka coral (Oxblood coral) which we brought to exhibit to the visitors of the COUTURE show. The piece features beads whose colour saturation and evenness are totally exceptional. This extremely rare variety comes from Japan, and can no longer legally be harvested - as is also the case for Angel Skin coral." 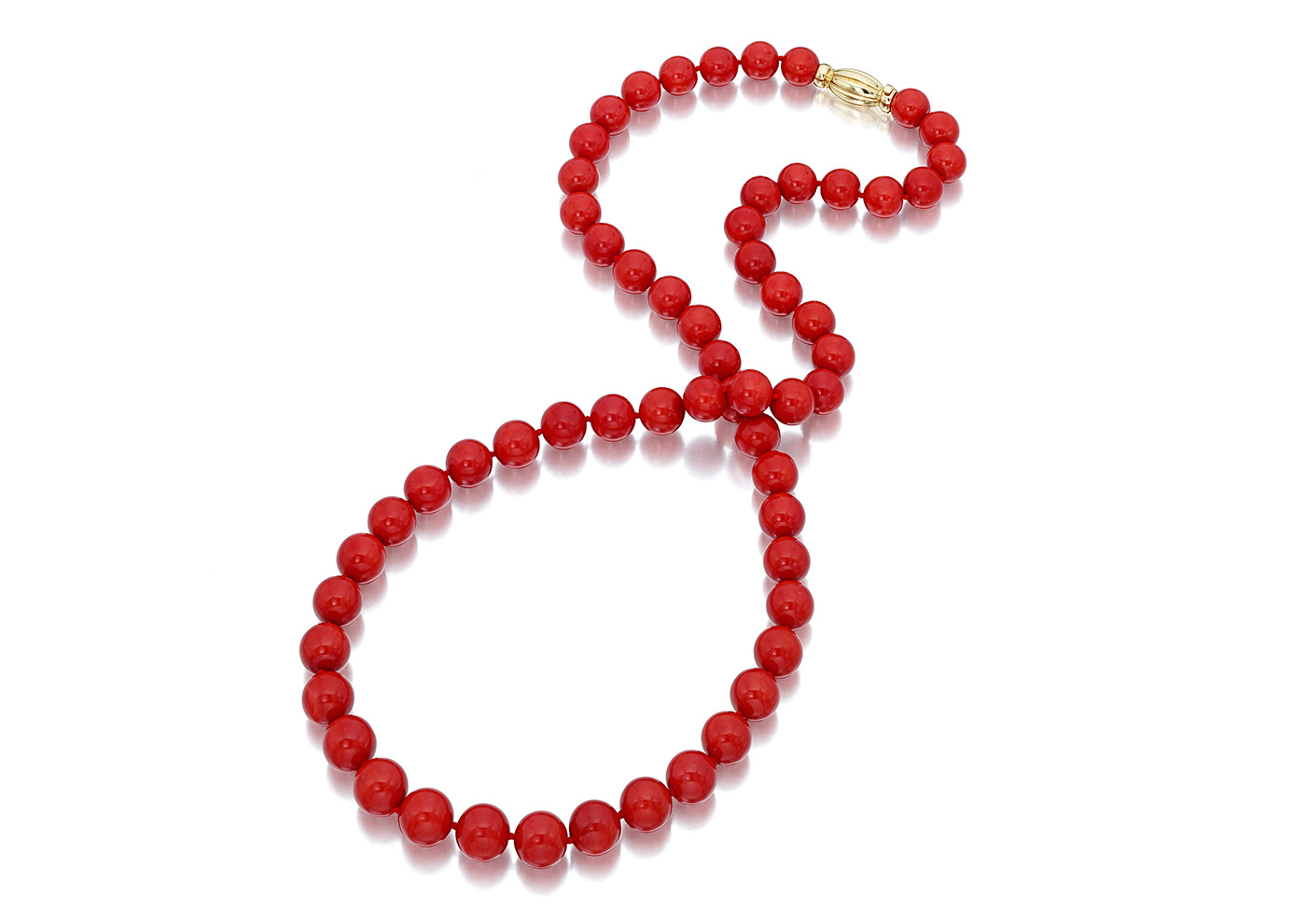 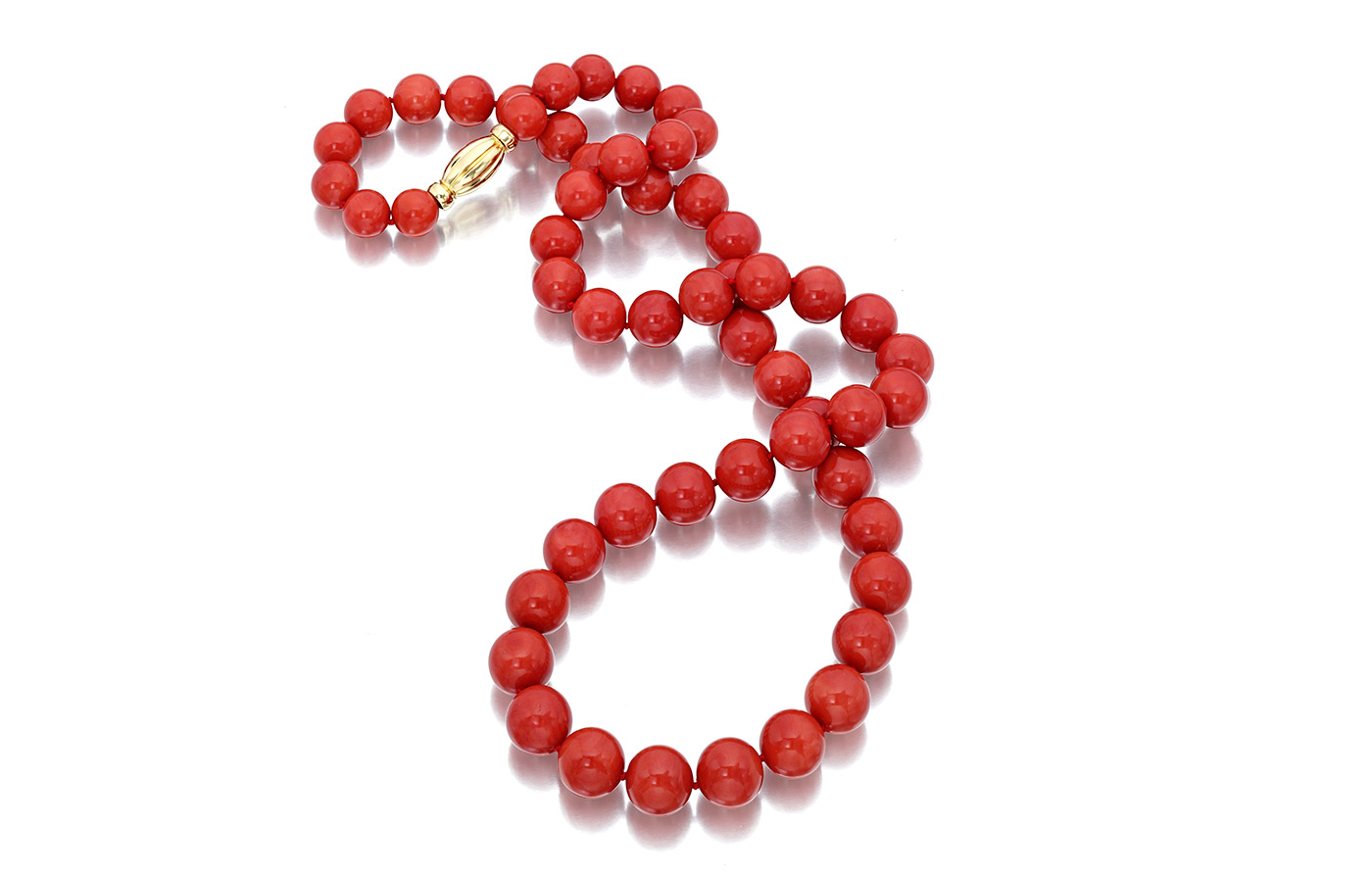 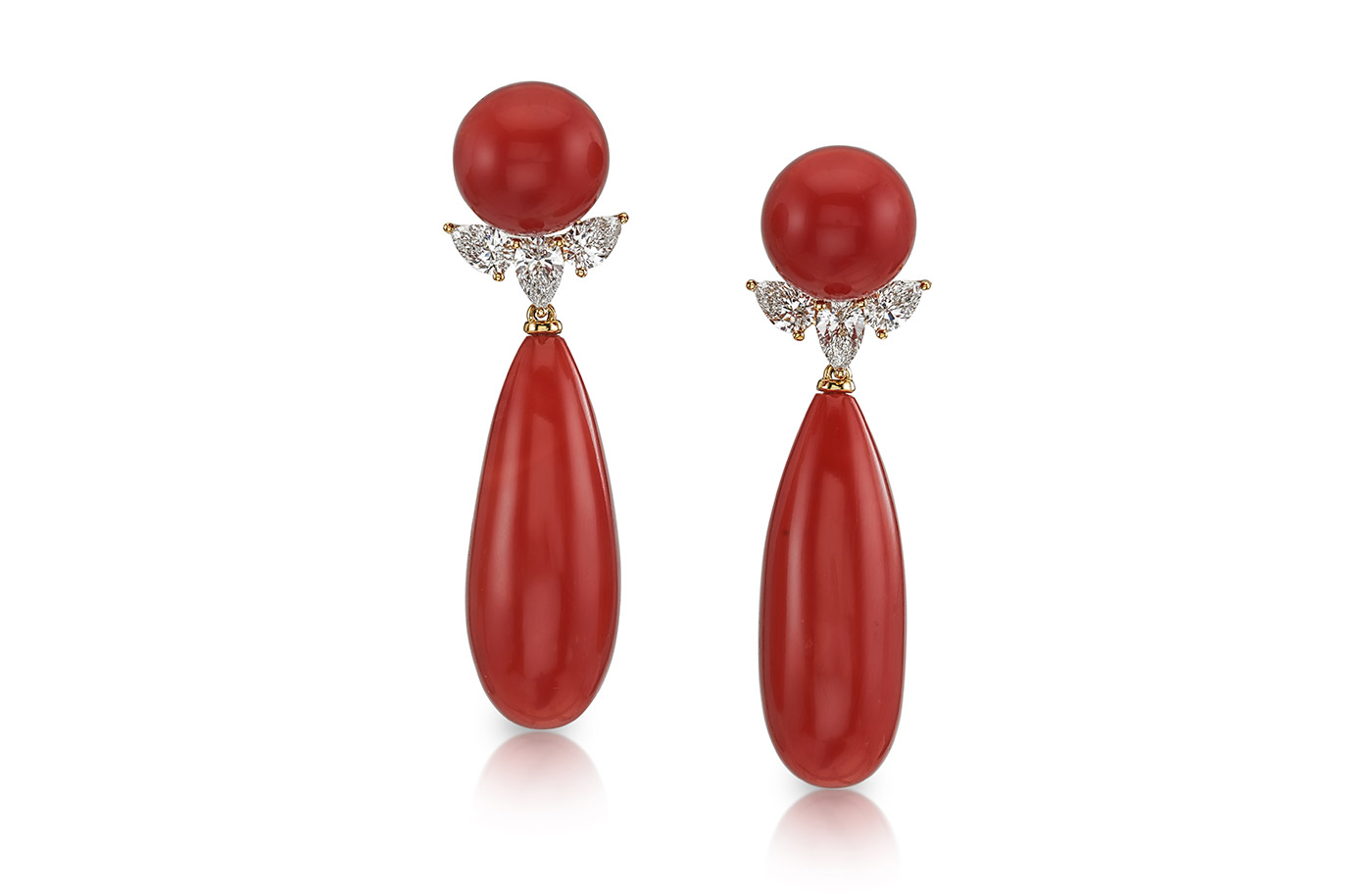 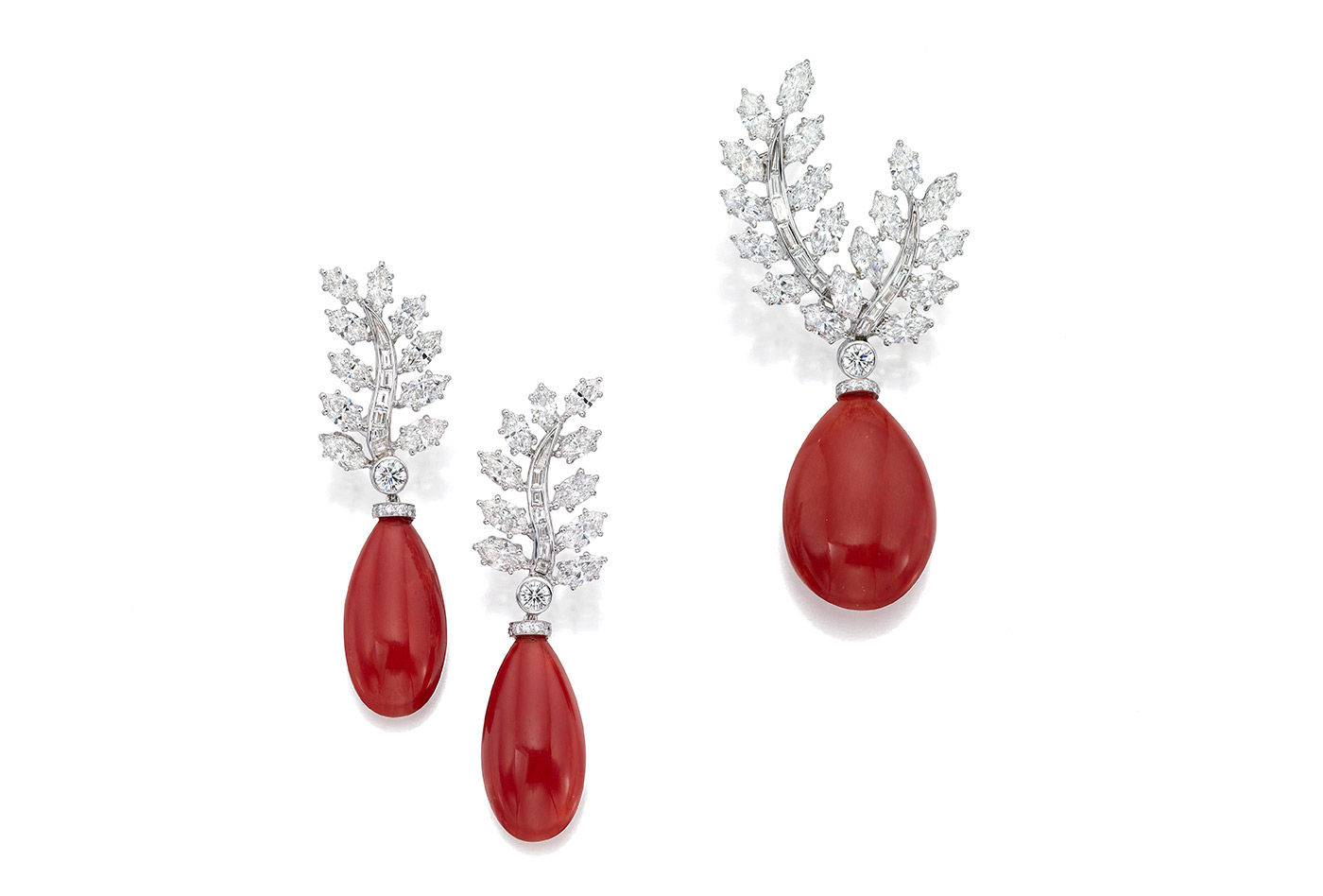 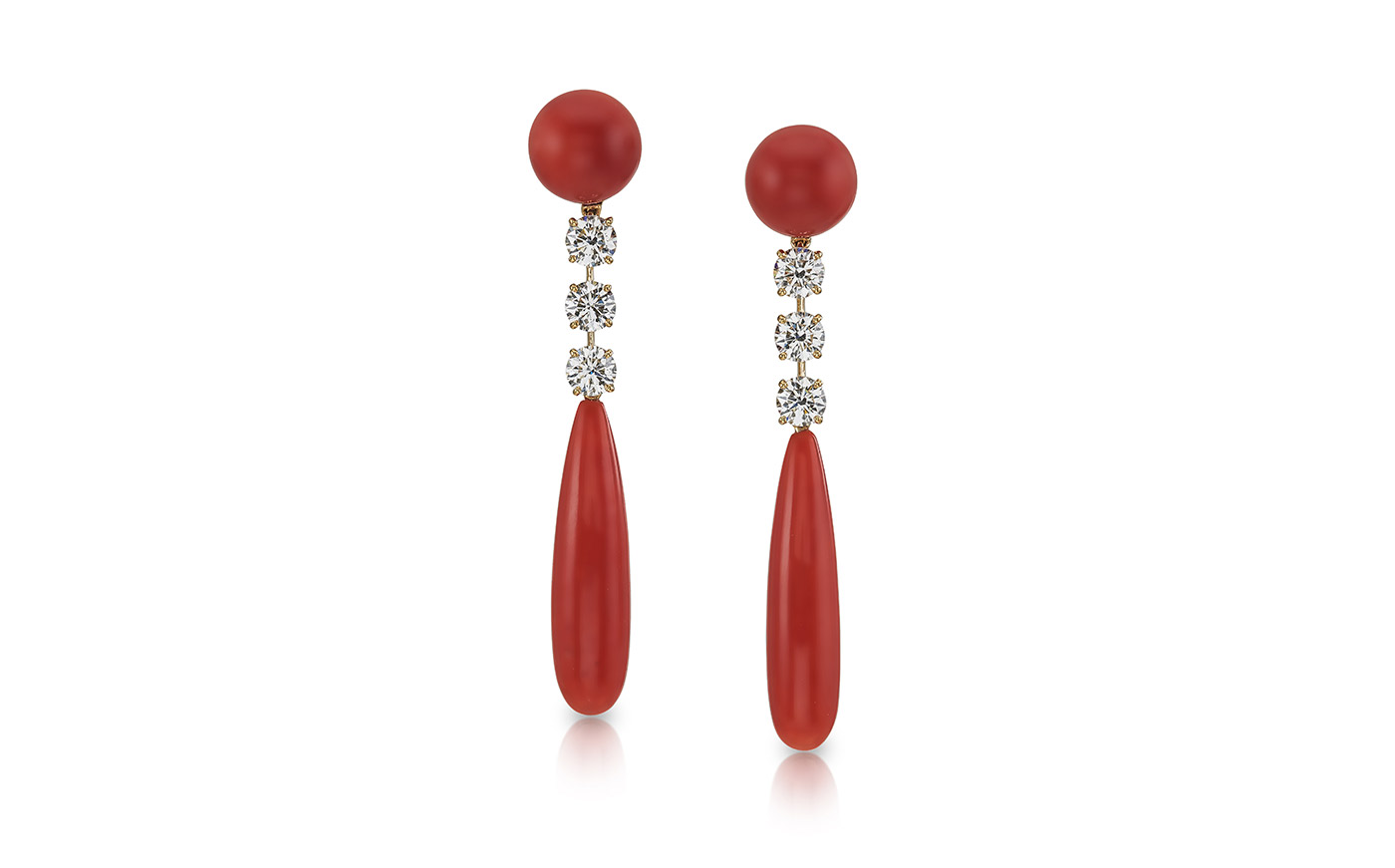 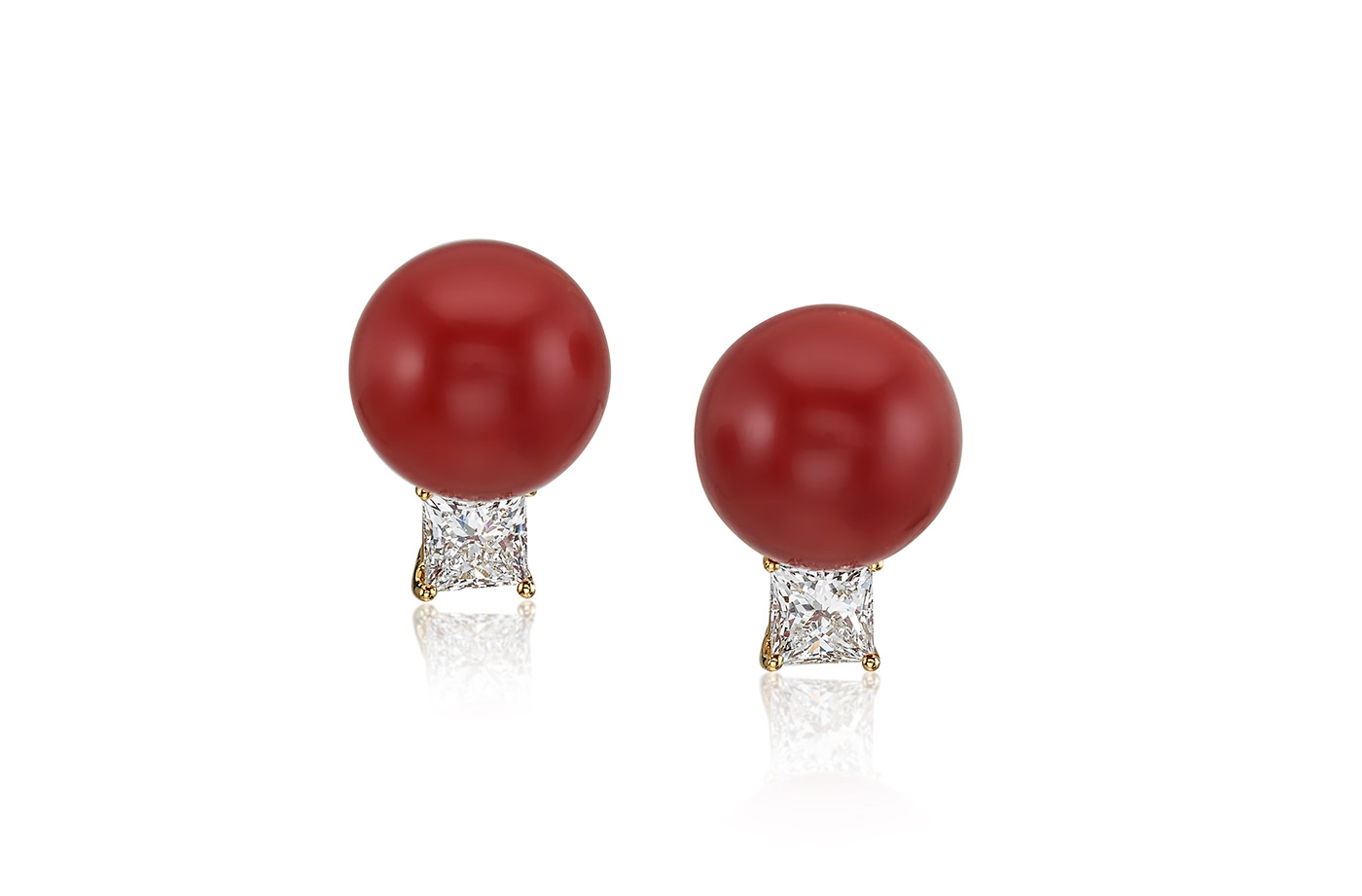 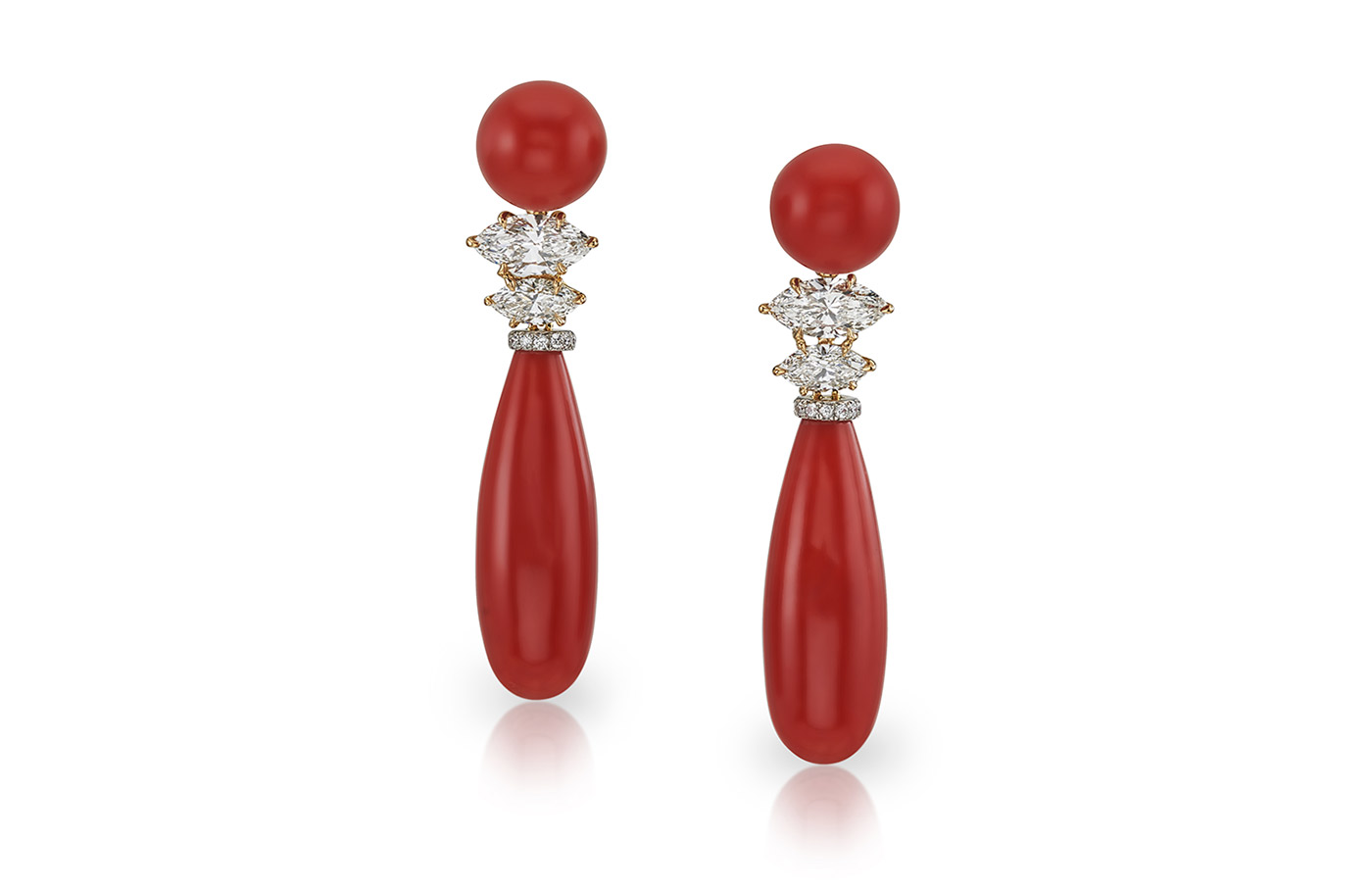 “We were very lucky to come across an old supply, which was ethically sourced at the time that it was harvested,” Mrs. Assael tells me. So, what does the term “ethically sourced” mean? “Ethically sourced means that our coral only comes from accredited divers who harvest at a dedicated time once every year. They also extract only a certain amount of coral in order to not destroy the reef. Actually, some of the branches get picked up from the ocean floor after they have already fallen off the reef – these are called Sciacca coral,” explains Assael’s CEO. Interestingly, when people talk about coral being in danger of extinction, this generally relates to shallow water species damaged by the warming waters due to global warming, and sometimes by ships - these are not the species which are used to make coral jewellery. 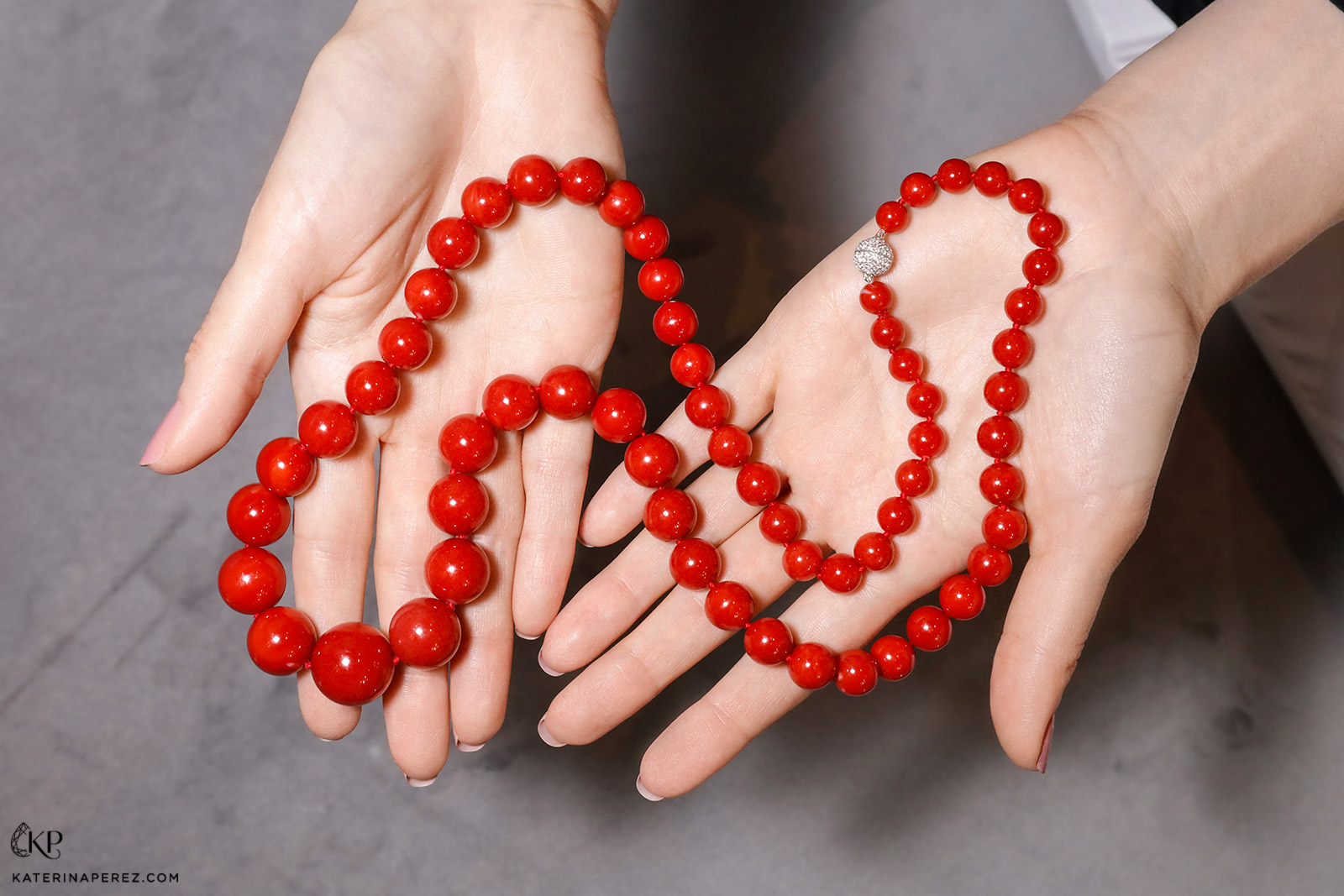 Assael takes its responsibility to source coral ethically very seriously, and is even a member of the World Jewellery Confederation CIBJO. In fact, Mrs. Assael serves on the Coral Commission and the Pearl Commission of CIBJO, and works with other world leaders and the UN to improve conditions for workers and to prevent over-harvesting of precious coral. It could be said that the Assael stamp on the jewellery industry is not only the guarantee of high quality materials, but also a concern for the environment.

Whilst looking at the Oxblood coral strand, I was brought another coral necklace that was a slightly lighter colour. Mrs Assael explained: “This is Sardinian gem coral that comes from the Mediterranean Sea. It is dangerous and very difficult to harvest, and therefore, it is not done so readily. Plus, you can only harvest it once a year, and there are only a few legal licenses for coral diving off the coast of Sardinia.” 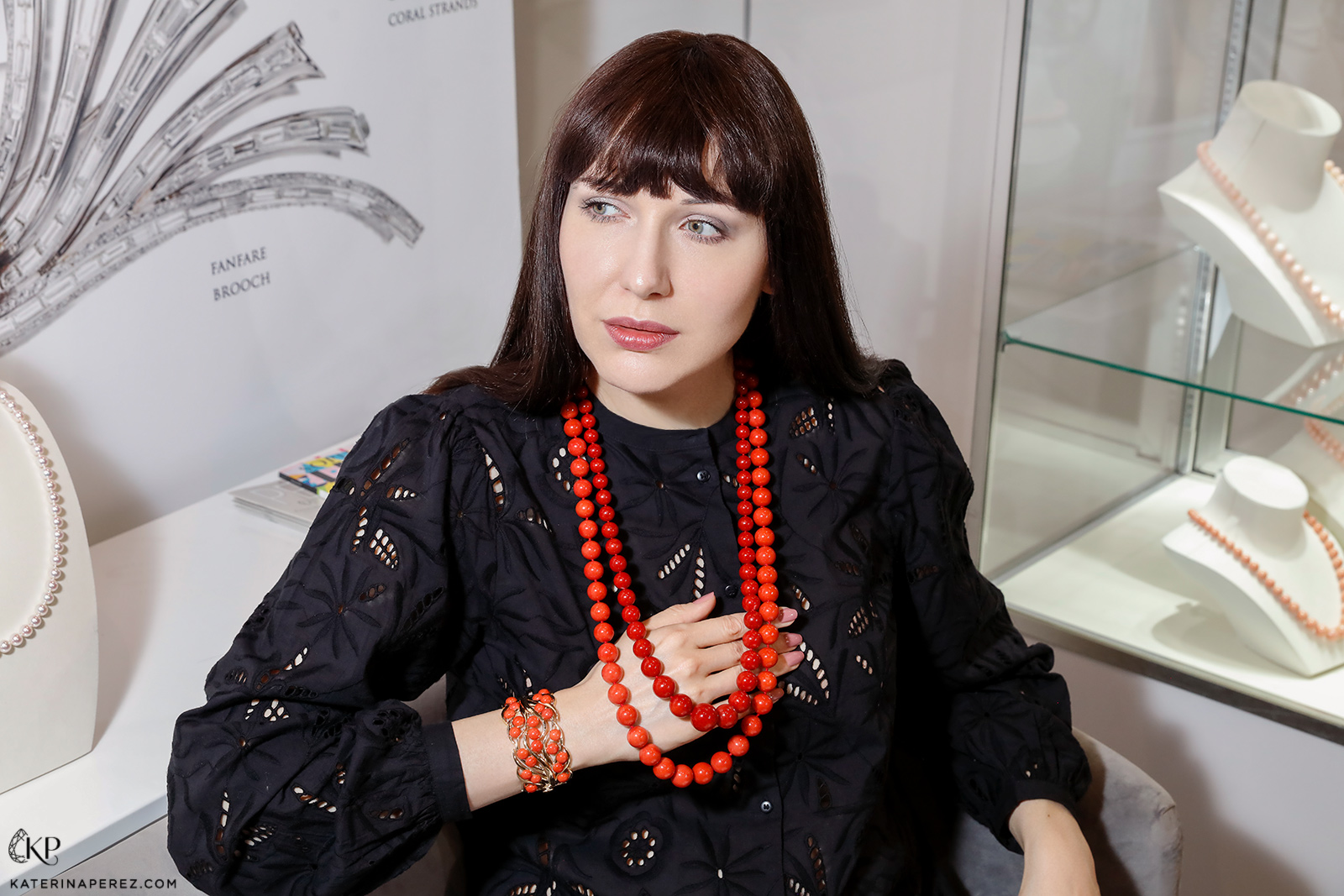 Last but not least, I discovered Angel Skin coral. It has a pretty pink hue; the lighter the colour, the more valuable the organic material. The uniformity of the colour distribution across the whole coral and the presence of any ‘disruptions’ – meaning interruptions and shifts in the colour - also effect the price. Harvesting this coral is in fact illegal now, so adding to the rarity of this jewellery is the fact that the minerals used to make Assael’s Angel Skin necklaces, earrings and rings were found over 50 years ago, and could not be replicated today. Once this precious material is gone, it will be gone for good. 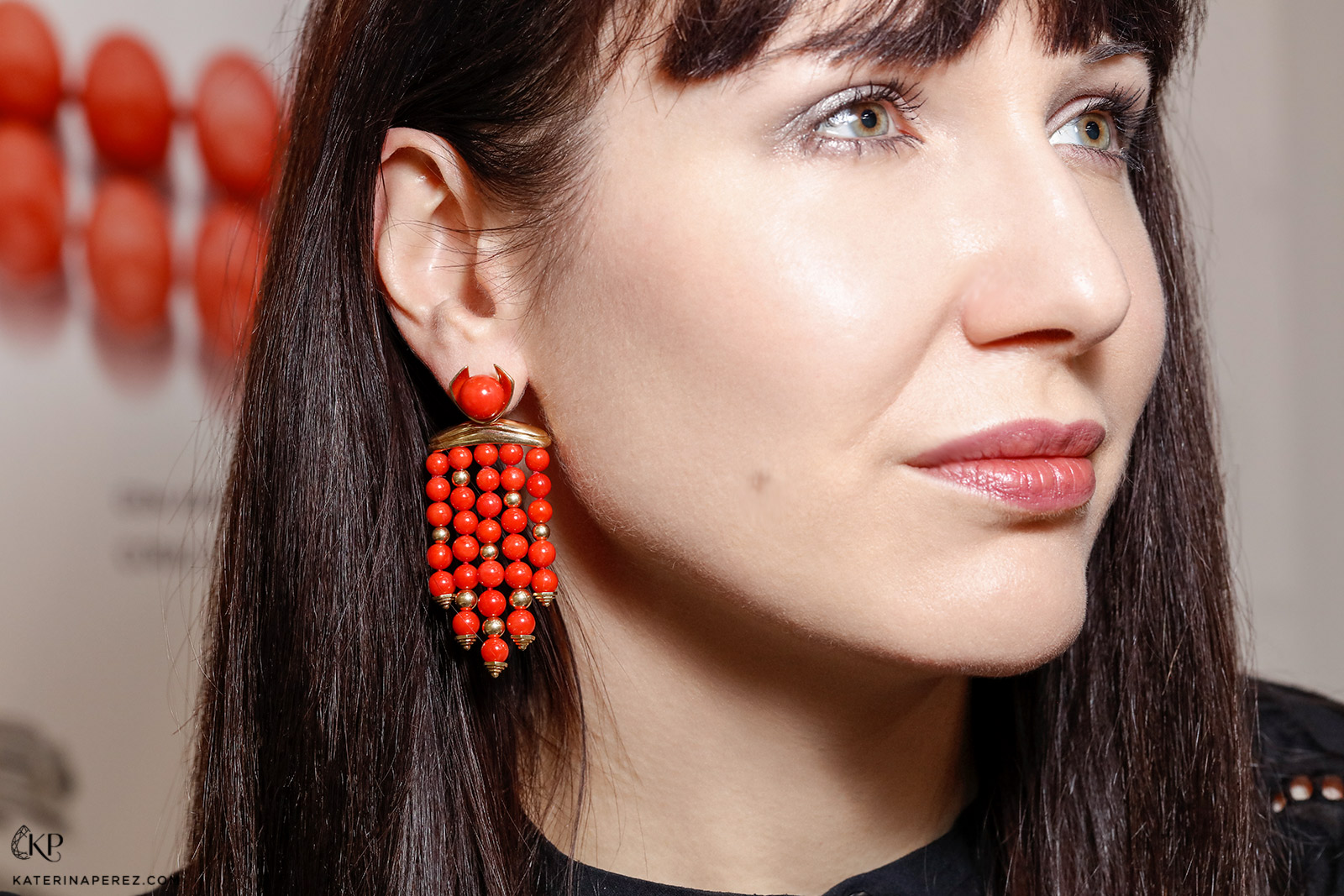 Of course - it’s impossible to cover the entire spectrum of the facts and intricacies of coral in one fine jewellery article. If you would like to learn more on the subject, a wonderful reference book is ‘Magnificent is Beyond Rare,’ from Assael.

SPECIAL THANKS: ASSAEL FOR SPONSORING THIS ARTICLE