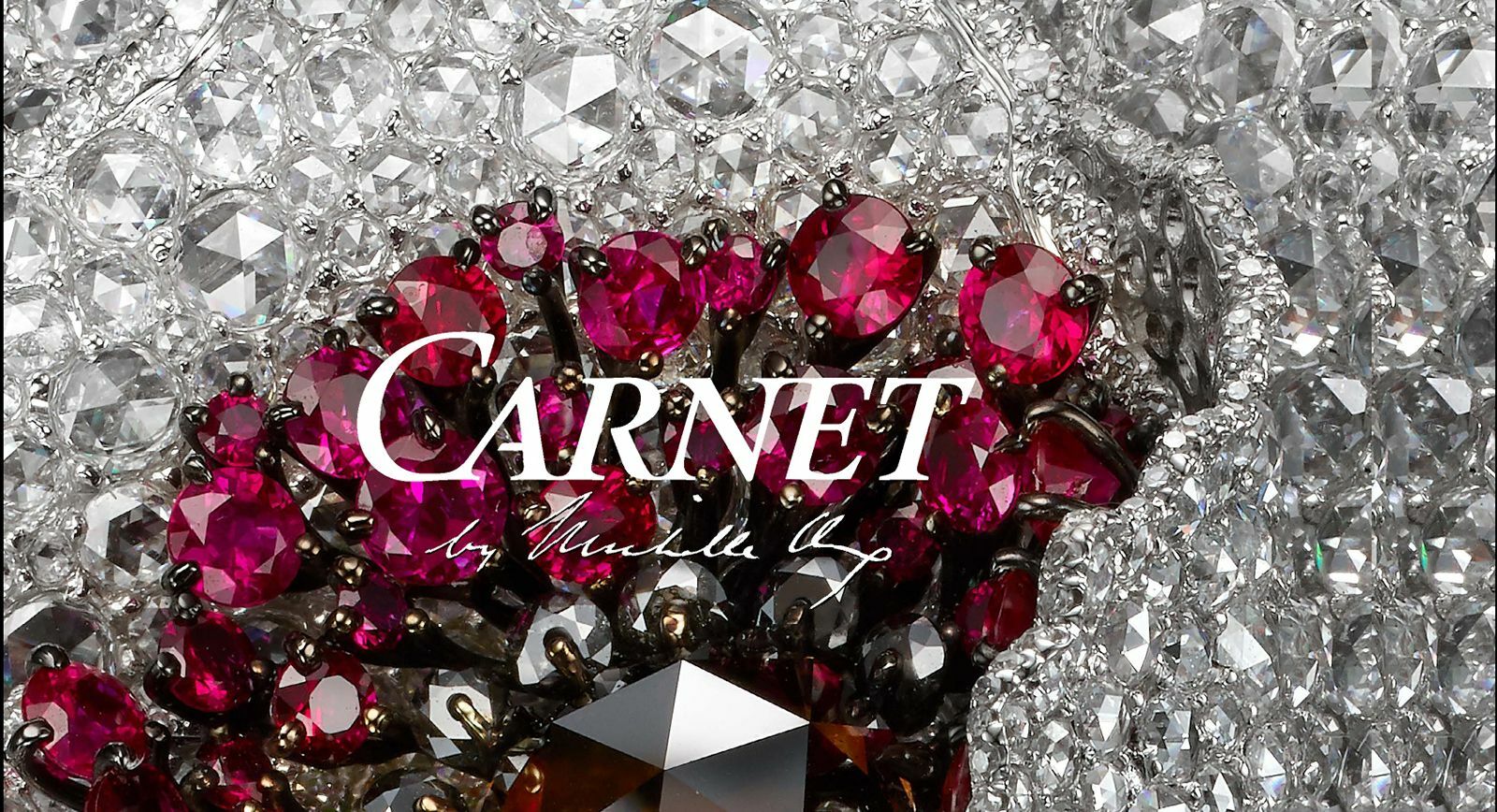 2019 marks a very special anniversary for the Asian jewellery artist Michelle Ong – her 20 years of creating exquisite pieces that are coveted by collectors from all over the world. Jewels that bear the Carnet hallmark feature a myriad of rose cut diamonds, briolettes and various other fancy cut gems that make the designer’s brooches, rings, earrings and necklaces instantly recognisable.

Two decades of creative work were summarised in the recently published ‘Carnet by Michelle Ong’ book. It was written by the renowned jewellery historian and connoisseur Vivienne Becker, and presented at Christie’s auction house in London along with a wonderful selection of Carnet jewels. This is where I had a chance to catch up with Michelle and ask her a few questions about her illustrious career. 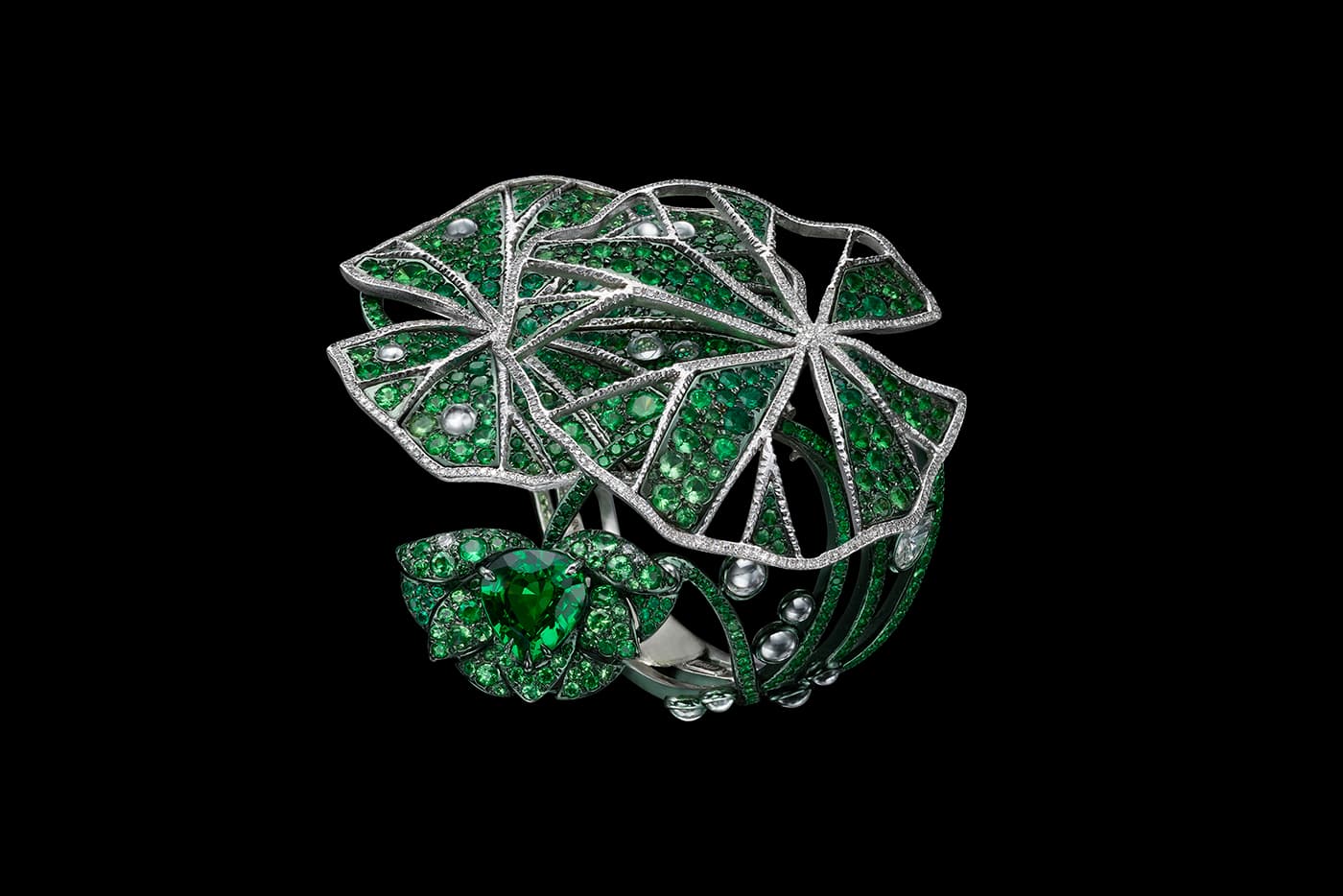 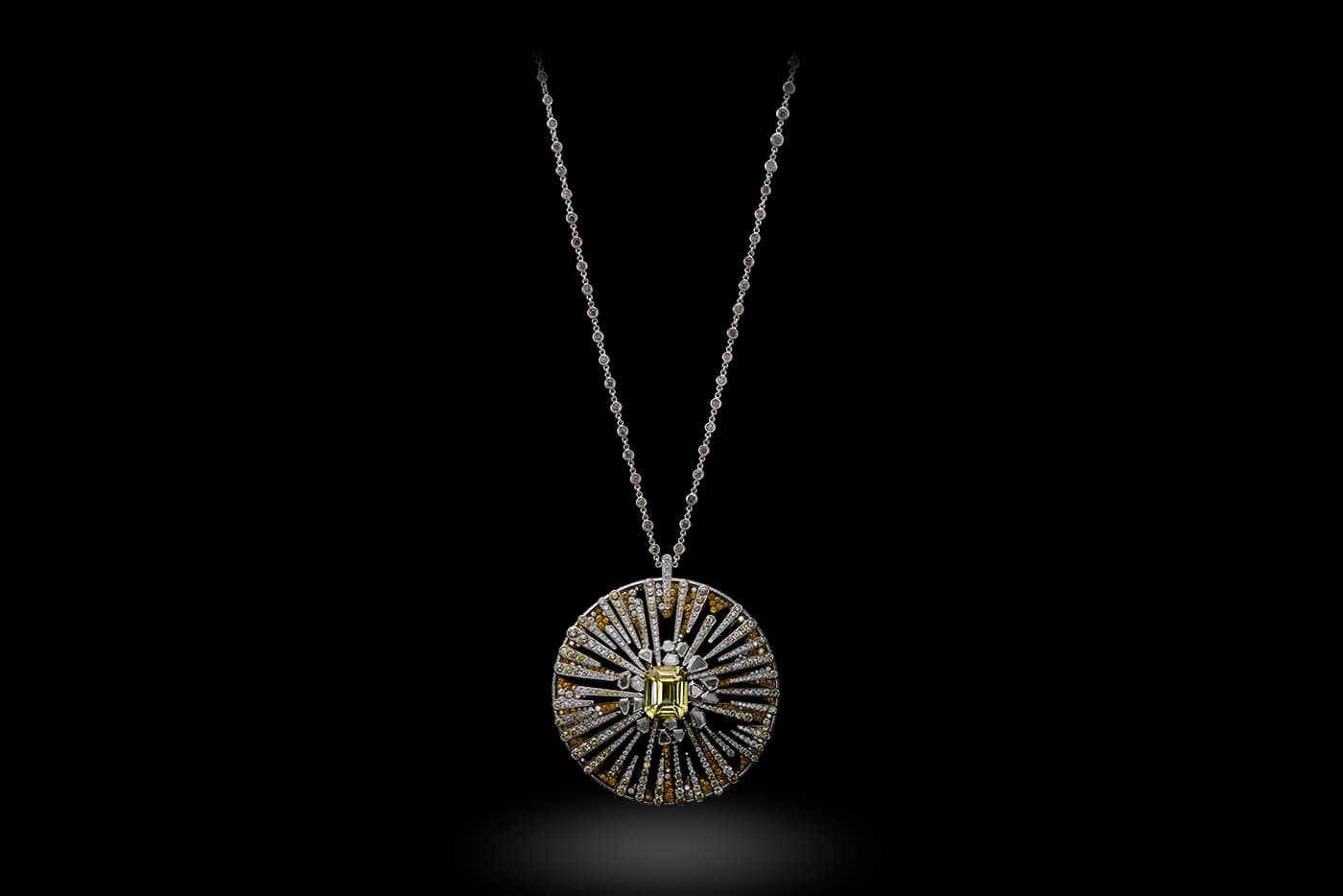 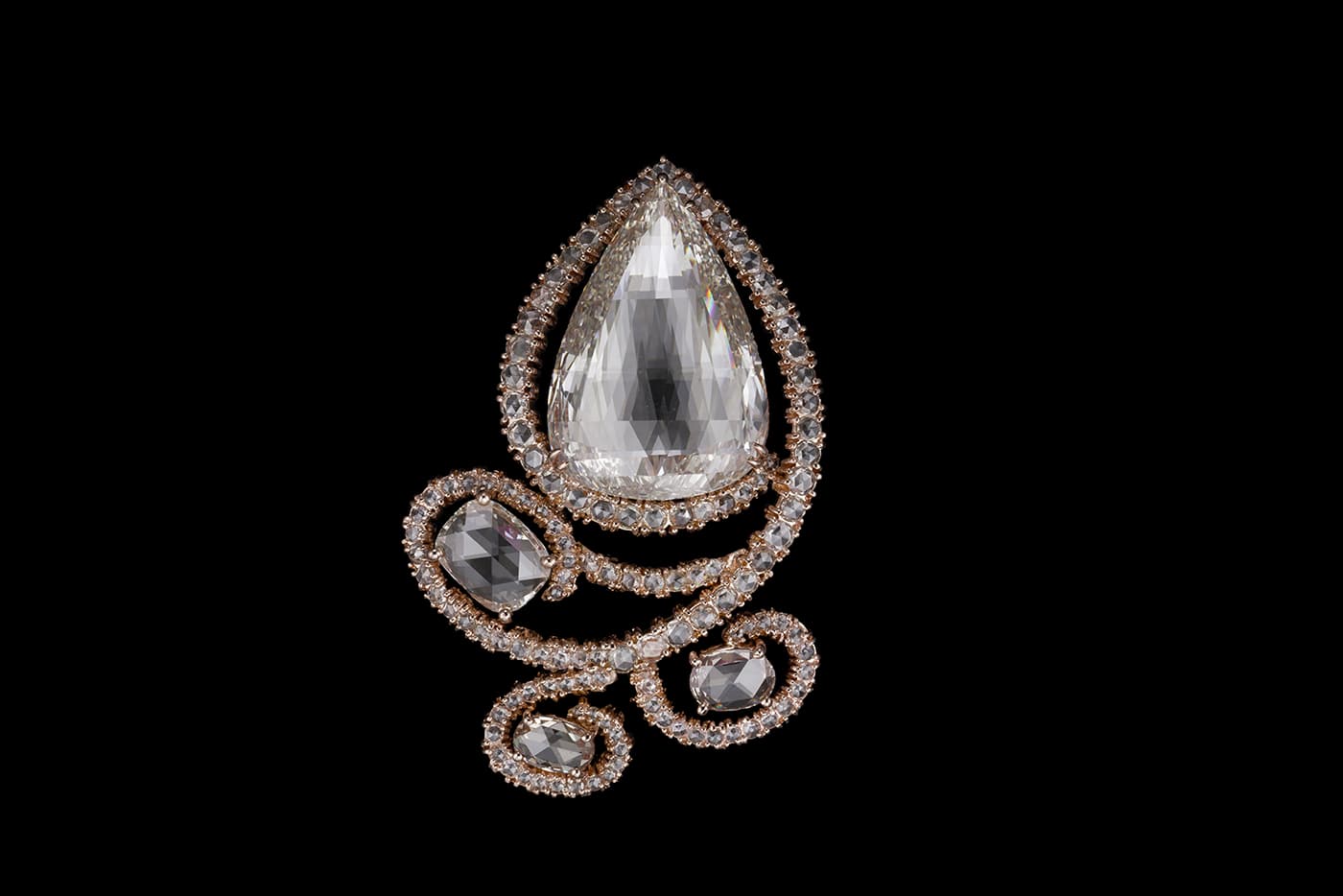 Katerina Perez: What would you say were the main influences on your personal jewellery style?

Michelle Ong: I think I was greatly influenced by antique jewellery as well as by my interest in European art in general. I started by designing jewels that I wanted to wear myself as when it came to finding jewels for the many formal events I was invited to in Hong Kong, I couldn’t find anything that suited me and reflected my style. Working in the diamond industry at that time was an important learning curve for me but also a strong influence; I learned to love gemstones and materials.

KP: Do you remember one of the first pieces you created?

MO: I began by designing a pair of flower earrings, quite bold, strong and friends asked me to make similar jewellery for them, and that’s how it all started. 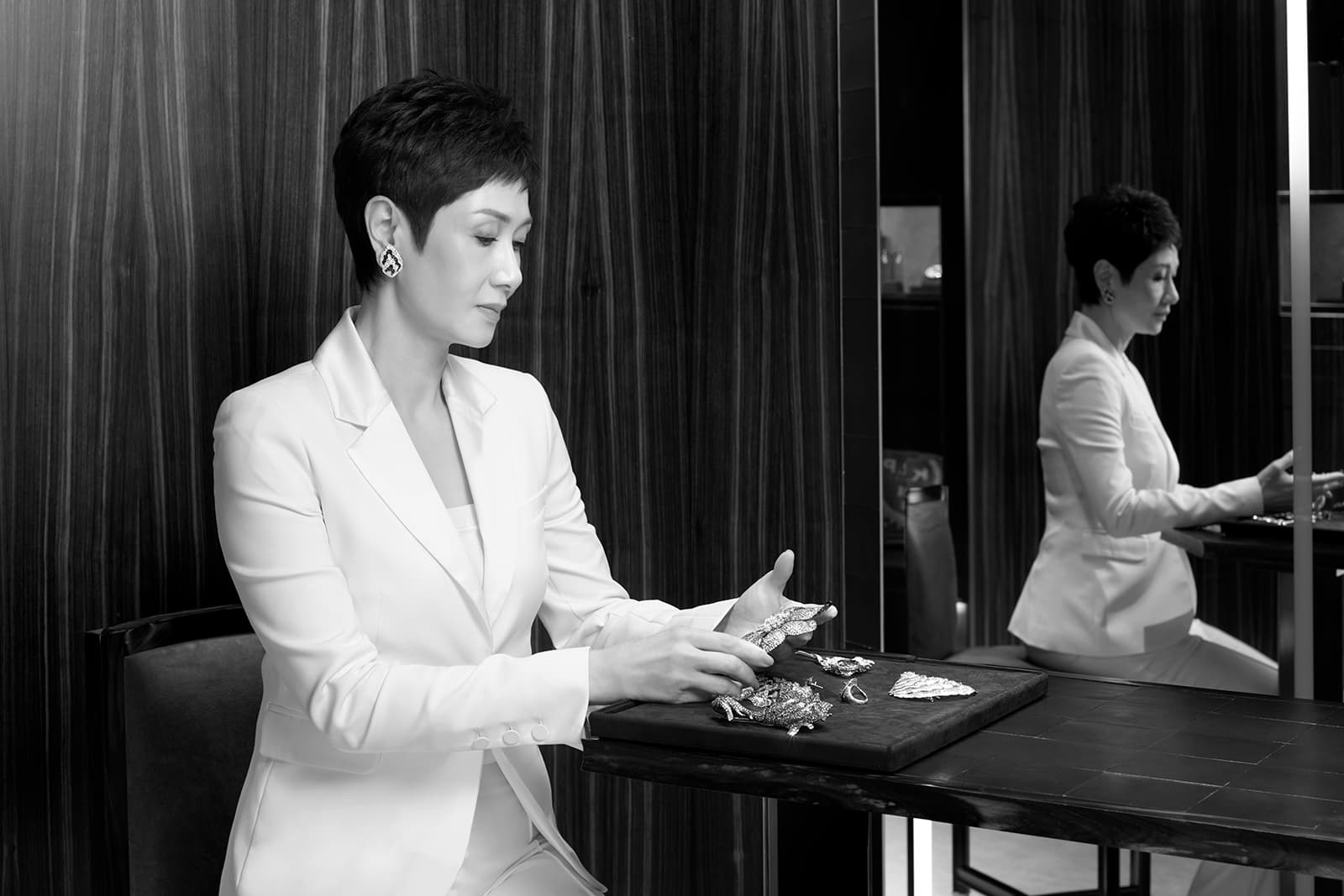 MO: I don’t because ideas just come to me. Especially after working with Vivienne on the book, I realise how much I’ve been influenced by my background, my upbringing in Hong Kong, seeing the guests at the many parties and dinners my parents used to give, seeing women wearing jewels, then my education in Canada, and my love of Europe, art, culture and jewels.

KP: I presume it is this exposure to a variety of cultures that brought you to fusing the East and the West in you jewellery?

MO: I believe it was sheer instinct as I wanted to bring Chinese culture, emblems, beliefs, stories – all so important to me – together with the refinement of European jewellery and craftsmanship, as well as to express these ideas through gemstones, colour and light. 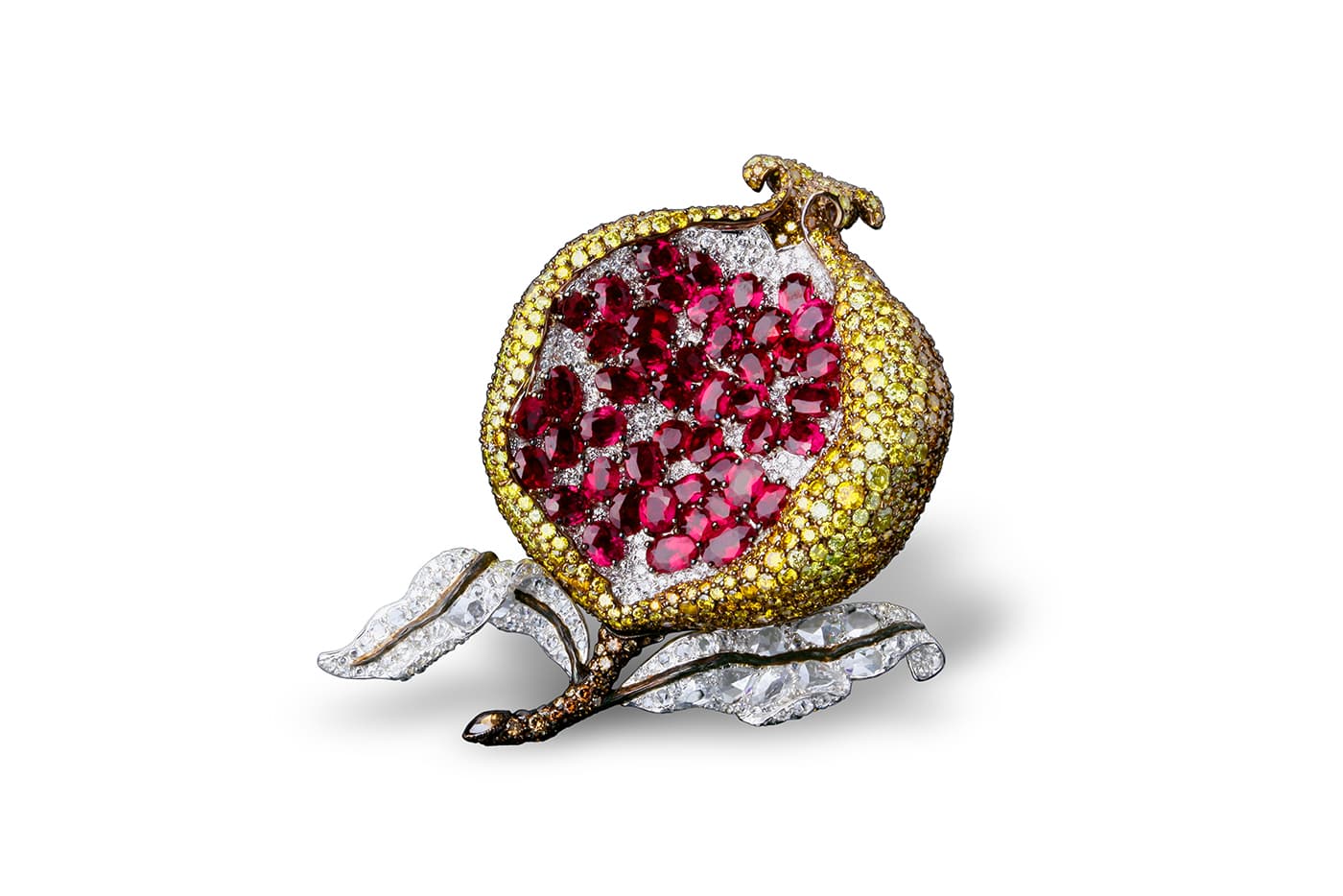 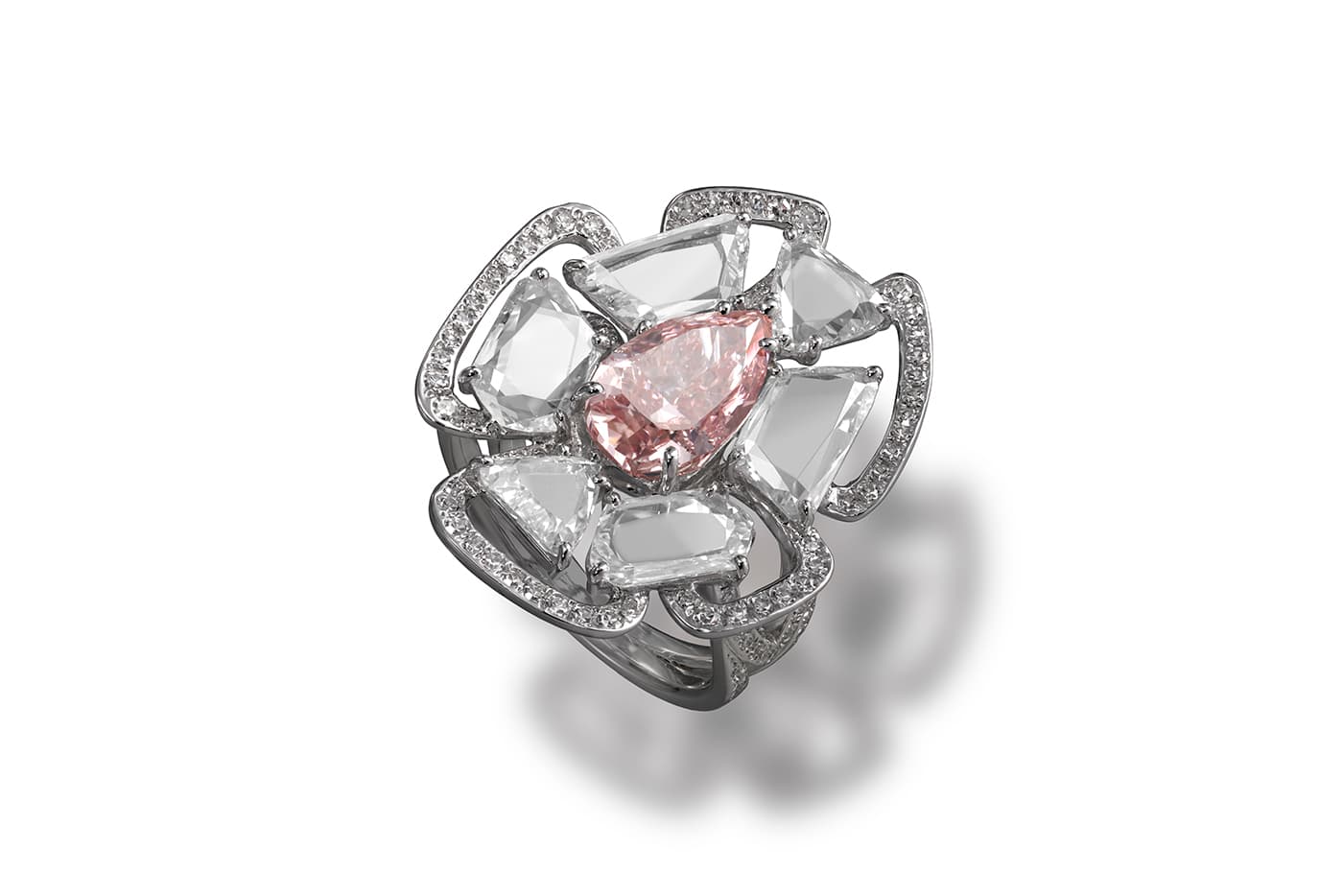 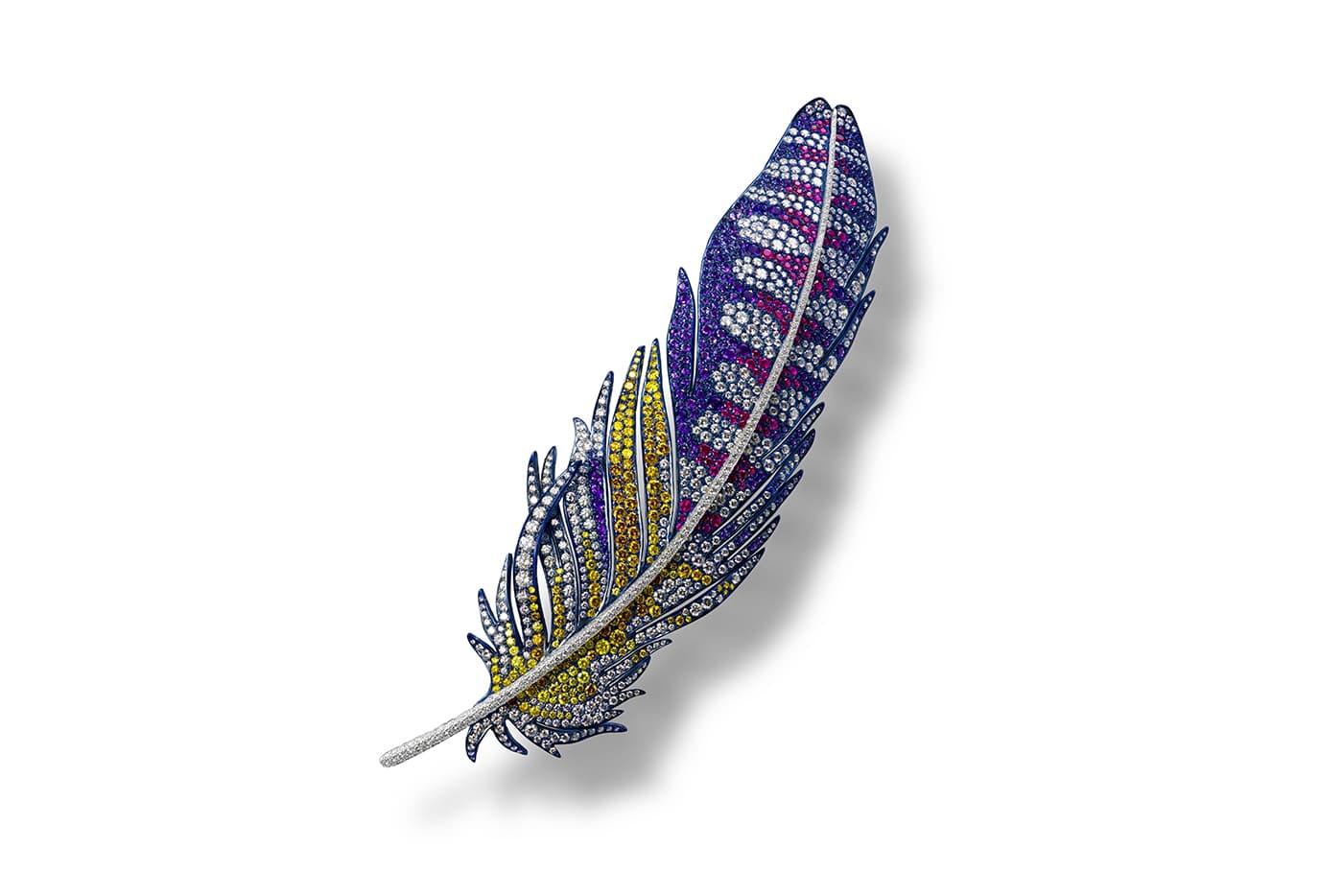 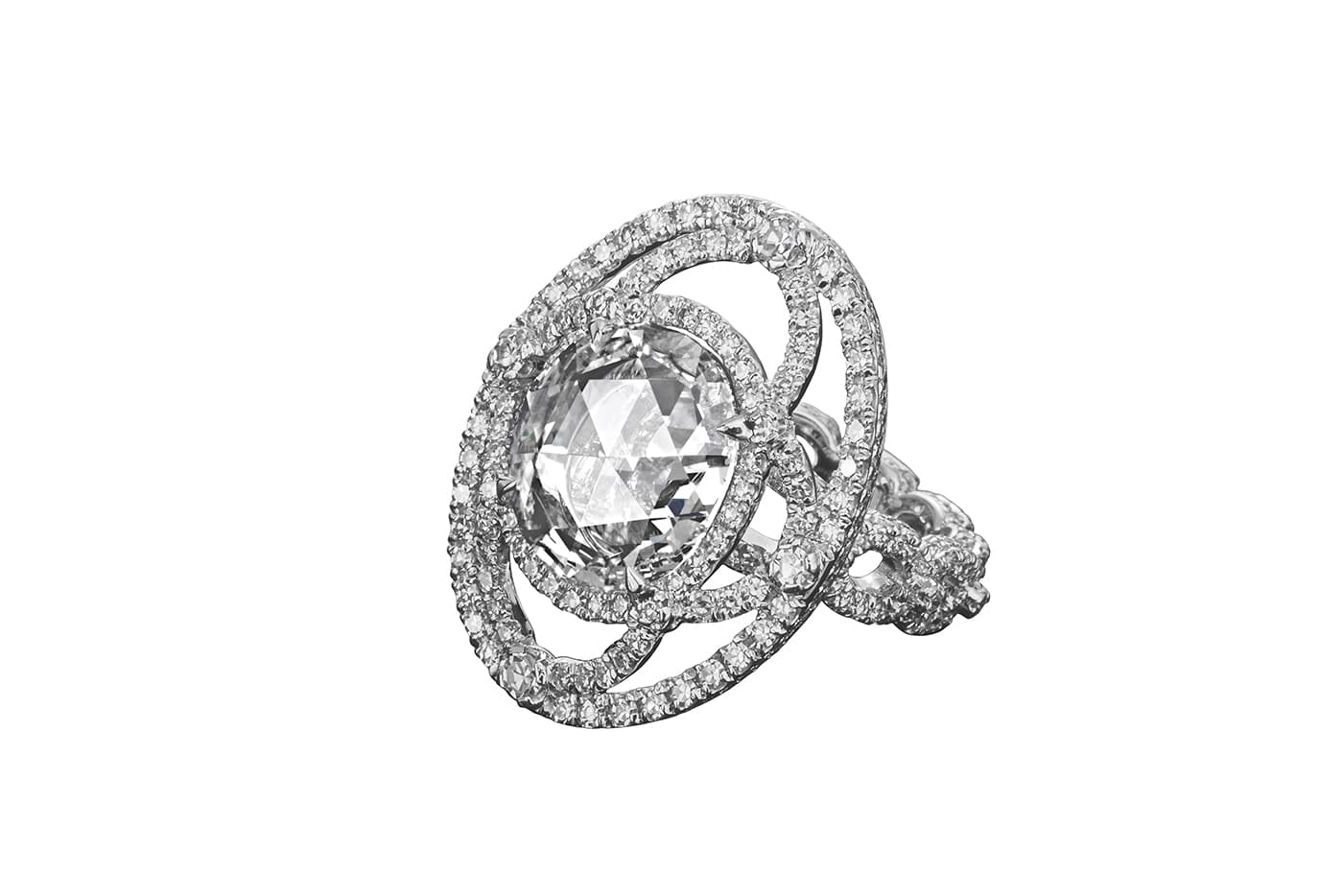 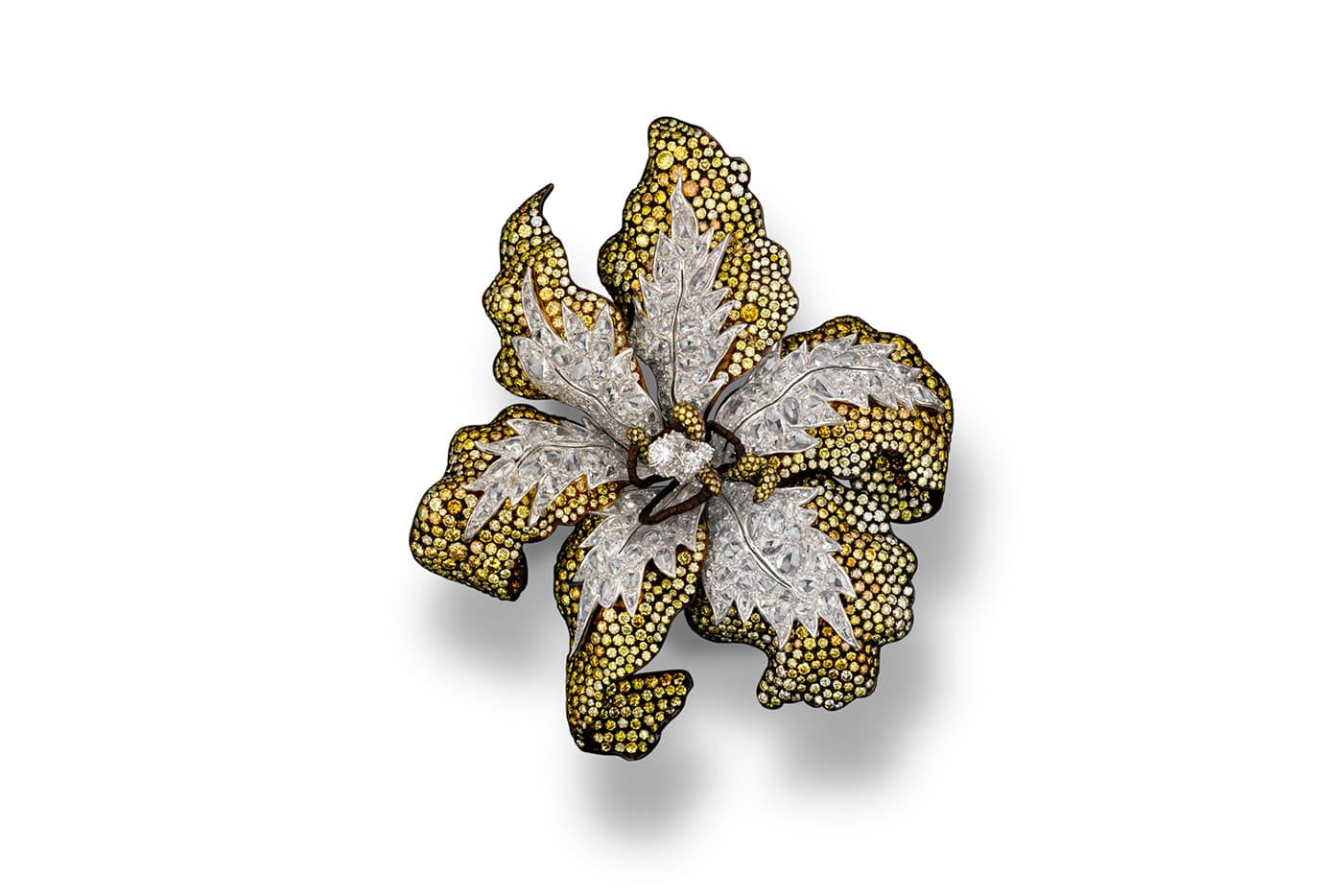 KP: You use a lot of rose cut diamonds in your work, what visual effect do they help you to achieve?

MO: I believe I was one of the first designer jewellers, certainly in Asia, to use rose-cut diamonds in contemporary jewellery in the 90s. The soft, silky, subtle glimmer and the play of light these gems bring to a jewel are hard to resist. With their secretive seductive quality, rose cut diamonds evoke the romance and splendour of the 18th century, they are more feminine, sensual than modern brilliant cuts. I can use rose-cuts in abundance without creating a harsh brilliance, especially when I’m creating one my jewels inspired by and replicating fabrics, lace or organdie.

KP: Can you name three people who contributed to your success?

MO: There are just two people: Avi Nagar and Joel Rosenthal of JAR. Avi is my business partner since 1985, the other half of Carnet, a diamond and gemstone dealer who I met while working in the diamond industry. He sources the gemstones for my jewellery, then has them specially cut or re-cut as well as takes care of the business side completely, leaving me free to design and be creative. Then, the second important person is Joel Rosenthal of JAR who I met early in Carnet’s story and we hit it off immediately. I am lucky enough own some JAR jewels. Joel has been a hugely valuable influence on my work, he is a genius, my mentor, an inspiration, and also a very dear friend. 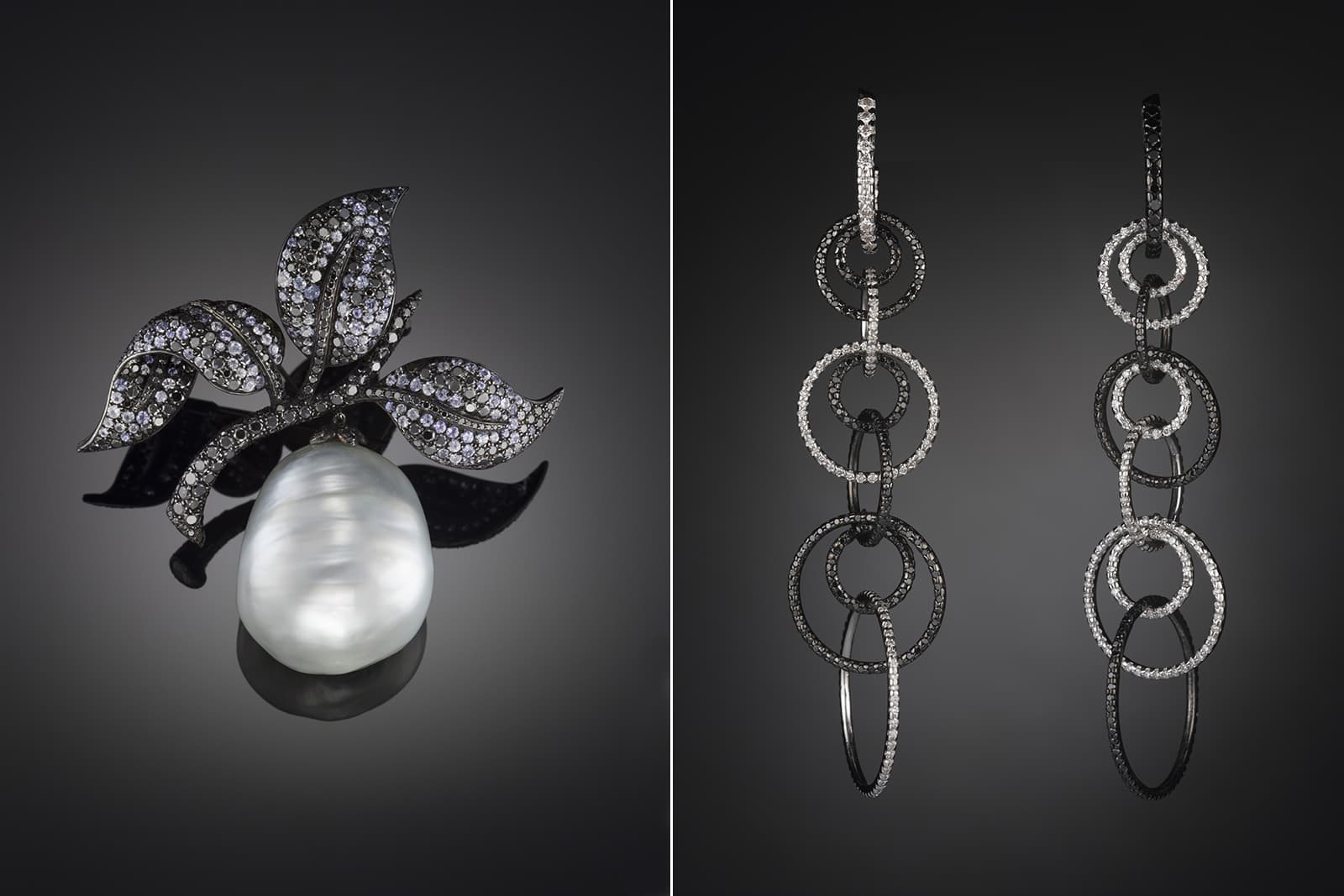 KP: Having talked about people who contributed to your success, what are the milestones that are particularly memorable for you?

MO: In the 20 years, there have been many: my jewellery being selected for a major exhibition of Diamonds at the London Natural History Museum in 2005 and then the exhibition at the Burrell Collection in Glasgow in 2006 – my first solo exhibition. Then, in 2011, the exhibition in London at Asia House, which was a retrospective solo show that brought my work to the attention of London and international clientele, and I think this also established Carnet Jewellery as works of art. After that, in 2006, Avi and I opened our boutique in Hong Kong, in the prestigious Prince’s building; the boutique was designed by celebrated American architect, Ed Tuttle – again, this fuelled the idea of the jewel as work of art. Then Carnet Jewellery featured in the 2006 adaptation of Dan Brown’s novel, the Da Vinci Code bringing Carnet to Hollywood. The movie connection was strengthened when I was invited to create jewels for the recent 2018 blockbuster, Crazy Rich Asians. And now of course, the publication of the book, Carnet by Michelle Ong, celebrating the 20th anniversary of Carnet is a major milestone. 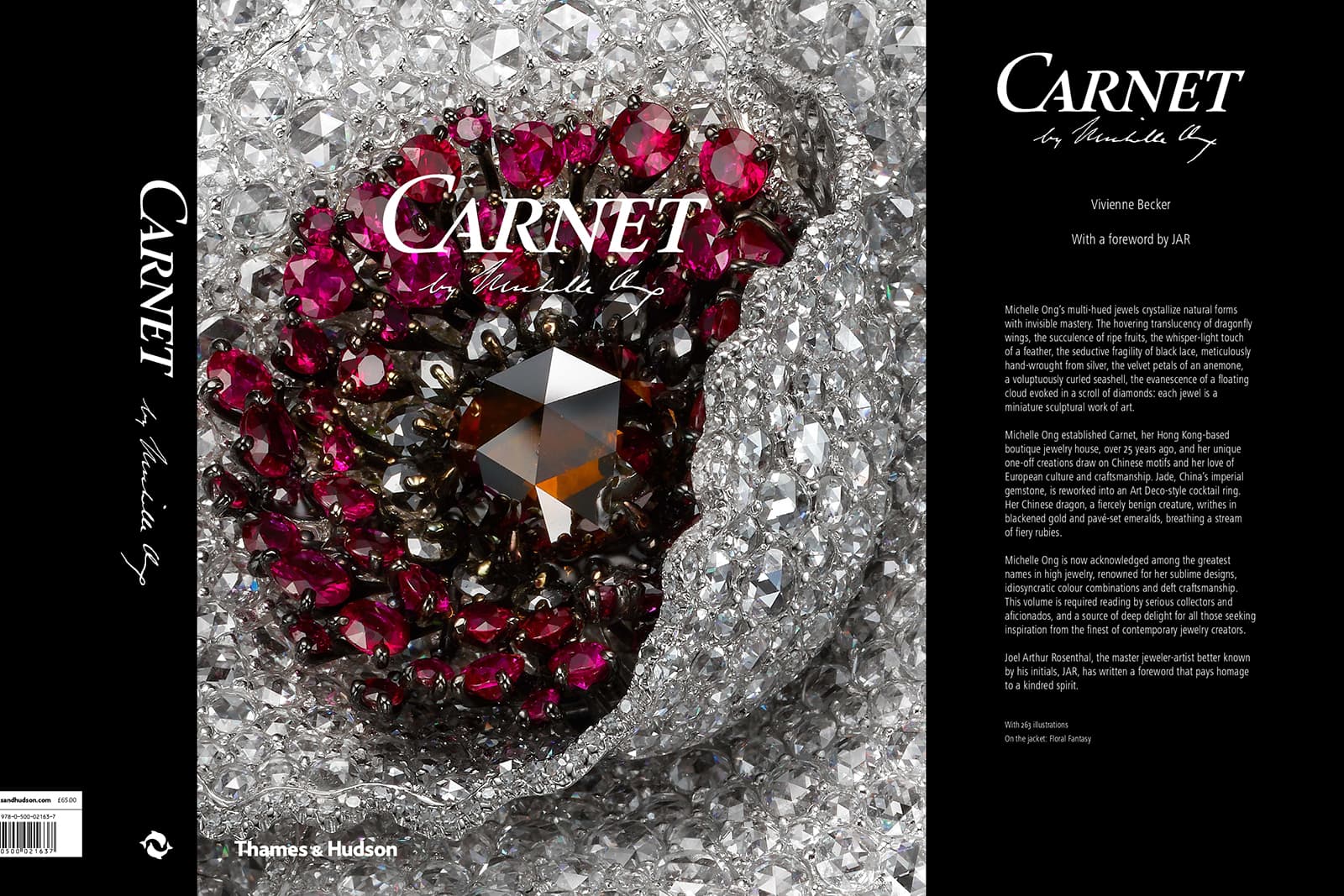 'Carnet by Michelle Ong' written by Vivienne Becker is printed by Thames and Hudson publishing house and can be purchased directly from their website.