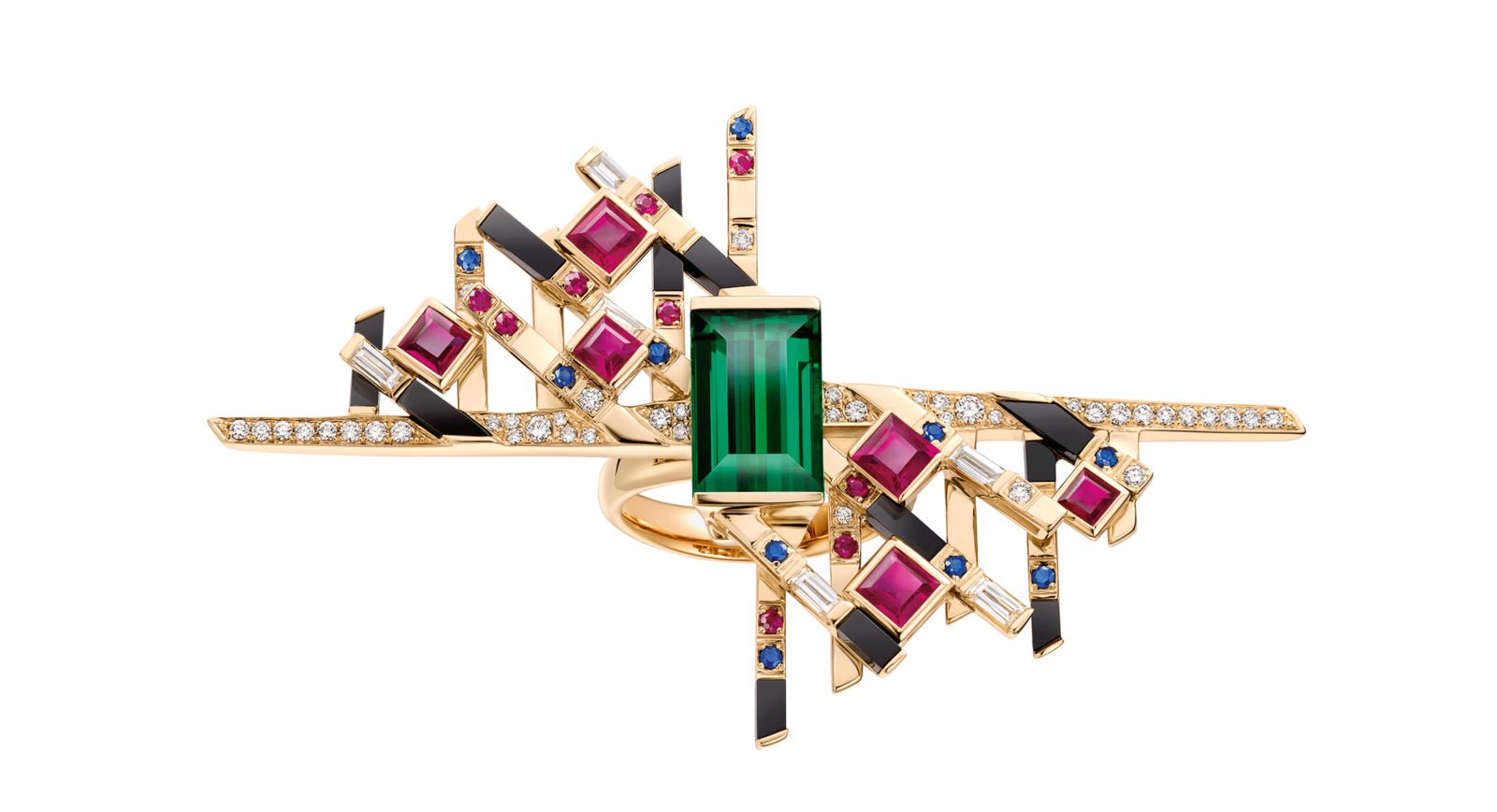 Chow Tai Fook Translates Art Into the Language of Jewellery

For the first time ever, Hong Kong based jewellery giant Chow Tai Fook introduced its latest High Jewellery collection, Le Labyrinthe Artistique (“The Artistic Labyrinth”) during Couture and JCK exhibitions in Las Vegas.The collection includes 15 sets whose design is inspired by an outstanding group of artists: the abstractionists od the Modern Period.

Three sets made up of a necklace, bracelet, ring and earrings have already been brought to life, and were first presented to the public in Las Vegas. The remaining jewellery sets are due to be finished by November, in time to be auctioned at an event taking place in Hong Kong, to be attended by small circle. After a special gala dinner, guests will be able to bid and become the owners of the jewellery that appeals to them best.

Adrian Cheng, Managing Director of the jewellery brand, is a huge fan of sculpture and painting. It is unsurprising, then, that he wanted to envisage how famous paintings would “sound” spoken in the parlance of jewellery. I also have an interest in the symbiosis of trends in art, which in the past has led me to write about jewellery inspired by the paintings of various artists. And despite the fact that Chow Tai Fook is not the first brand to dedicate a collection of jewellery to art of painting, its particular interpretations are very impressive and exceeded all my expectations. The jewellery was spectacular, full of fantasy, rich with unexpected combinations of colour and form. 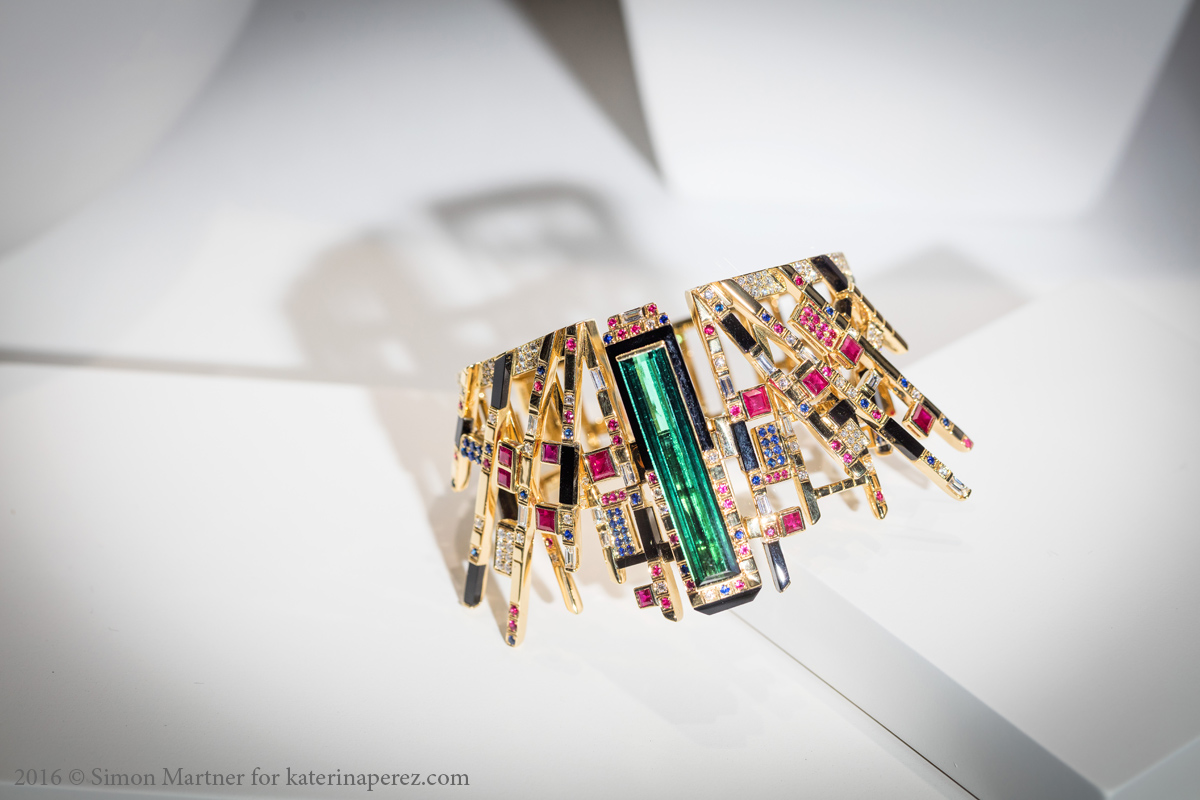 The first set, Les Blocs de Fantaisie (“The Blocks of Fantasy”), extols the work of Dutch artist Piet Mondrian, who called for the “denaturalisation” of art, for the abandoning of natural forms and for a transition to the non-figurative. He became famous for his paintings with abstract matrixes of black horizontal and vertical lines forming rectangles and squares.

Mondrian filled these blocks with yellow, red, and blue, among other colours. The jewellery set devoted to this artist also has geometric blocks “painted” with gemstones: rubies, sapphires, diamonds and chalcedony. They are all arranged in such a way that the gaze is drawn to the centre of the necklace, bracelet, earrings and ring, where juicy green tourmalines “sit” pompously. 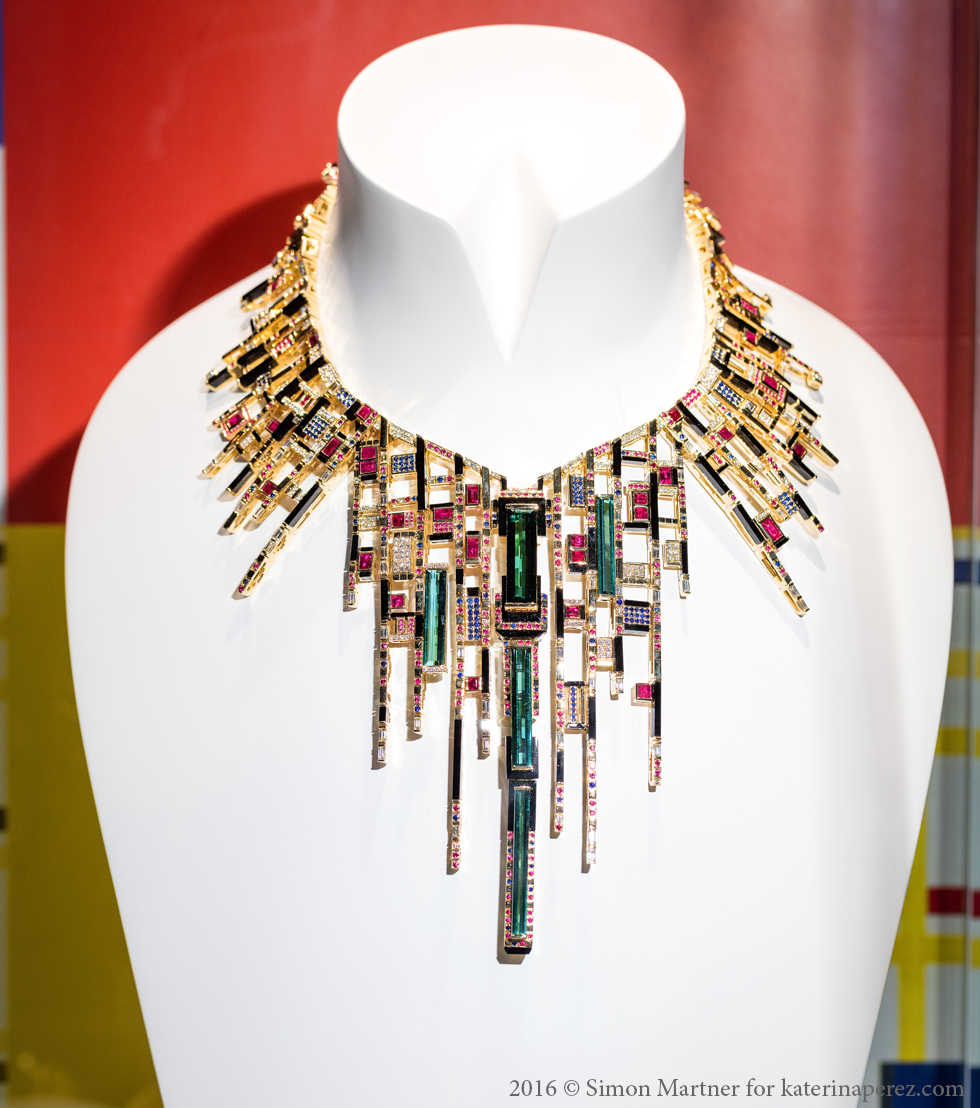 In the 1930s, American sculptor Alexander Calder visited Mondrian’s workshop, and it is to this sculptor that the second set, Le glissement de Flamant Rose (“The Slide of the Flamingo”), is dedicated. Calder abandoned the fundamentally static character of Mondrian’s neoplasticism, in favour of establishing a dynamic system to reflect the continuous variability of nature. He was able to do so with the the help of intricate kinetic pieces of wire and so called “mobiles”, which were to bring him worldwide fame years down the line. Calder’s flittering sculptures are reflected in the jewelled Chow Tai Fook set, with its spreading flamingo wings. The four pieces with this motif are made with colour-changing sapphires, as well as pink sapphires, rubies, diamonds and black spinels in pink gold.

The final set presented by Chow Tai Fook in Las Vegas was Les Gouttes de Charisme (“Drops of Charima”). The set is made entirely of white gold with a myriad of diamond cuts: brilliant, cushion and baguette. But the most important of the stones is the 5.3 carat princess diamond. With the geometrical ornamentation on the necklace, bracelet, ring and earrings, the brand’s designers pay tribute to German-American abstract artist Josef Albers, one of whose leading methods was the interaction of colours using the same shape. I don’t know about you, but I can’t wait to see the remaining sets of Le Labyrinthe Artistique. 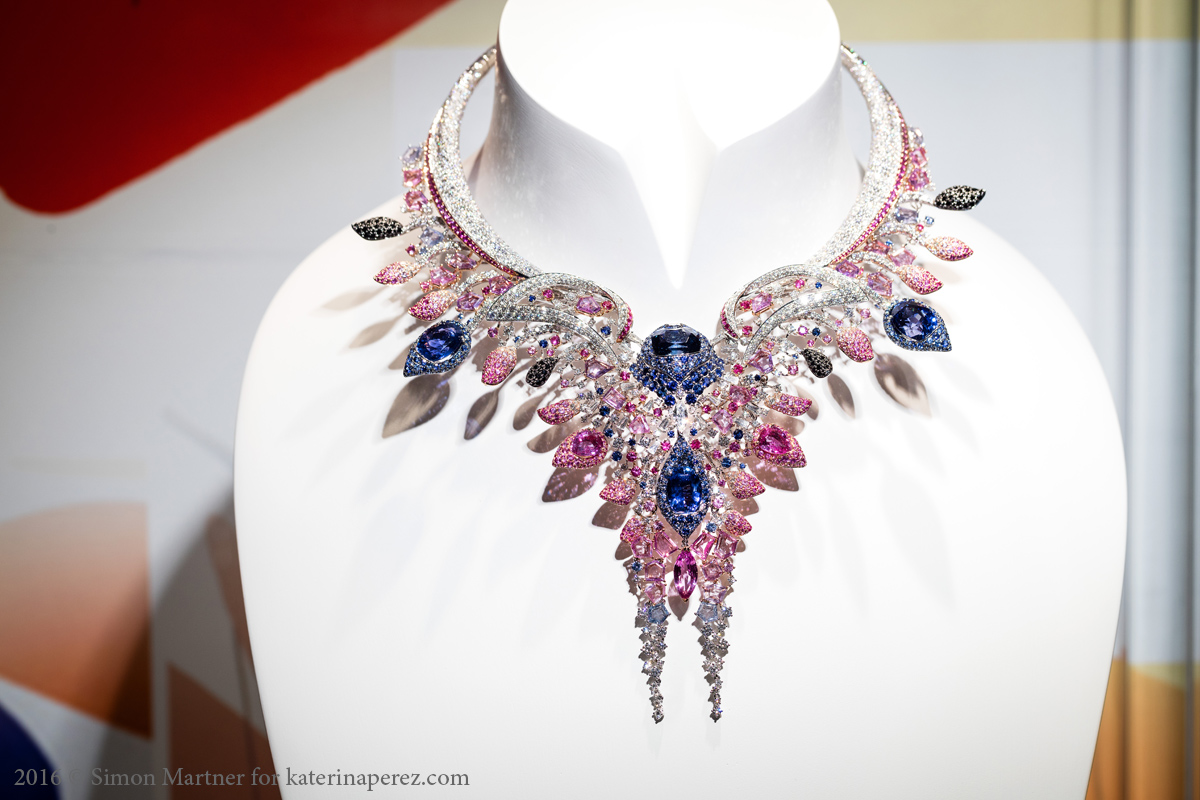