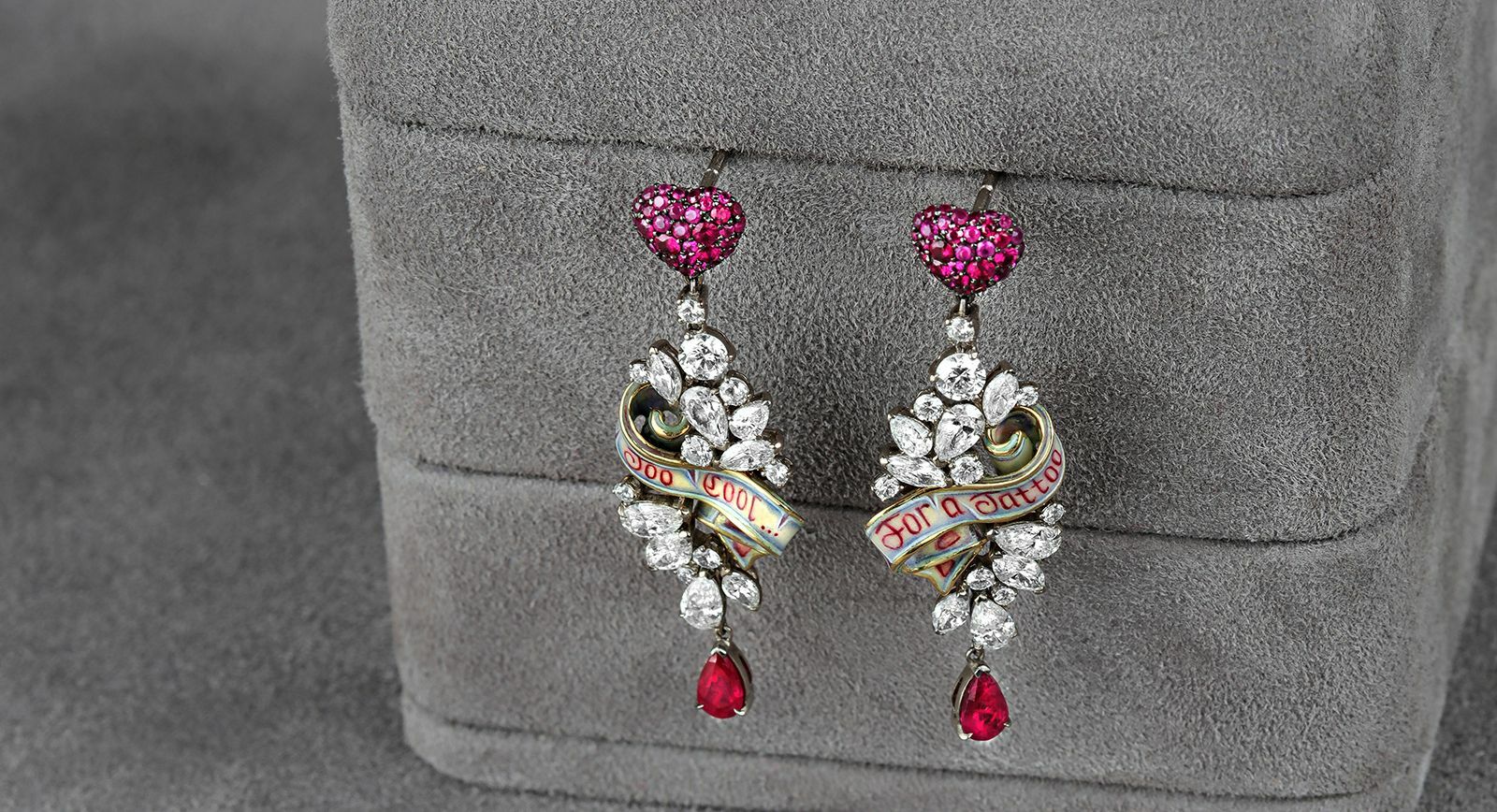 Liza Borzaya: a traditional ink tattoo or a jewelled one from “Get Inked!” – the choice is yours

When I think of pieces of jewellery I liked not only from the visual point of view but those that also touched my very soul, I found they were often linked to something personal to their creators. When a designer comes up with the final look of their imagined piece, they seek to convey bright emotions or dear memories, rather than creating a product that will merely have commercial success. Such is the case with Liza Borzaya’s latest collection, “Get Inked!”, an unusual interpretation of Liza’s point of view of tattoo art.

Liza Borzaya is the creator of unique and extremely modern jewellery. What is most unexpected in her works is the relevance of design intertwined with high standards in quality and manufacture, as well as comfort, humour and charm, originality and audacity. But it was the latter two words – originality and audacity – that she used when describing her “Get inked!” collection to me last year, at the point she began designing it. 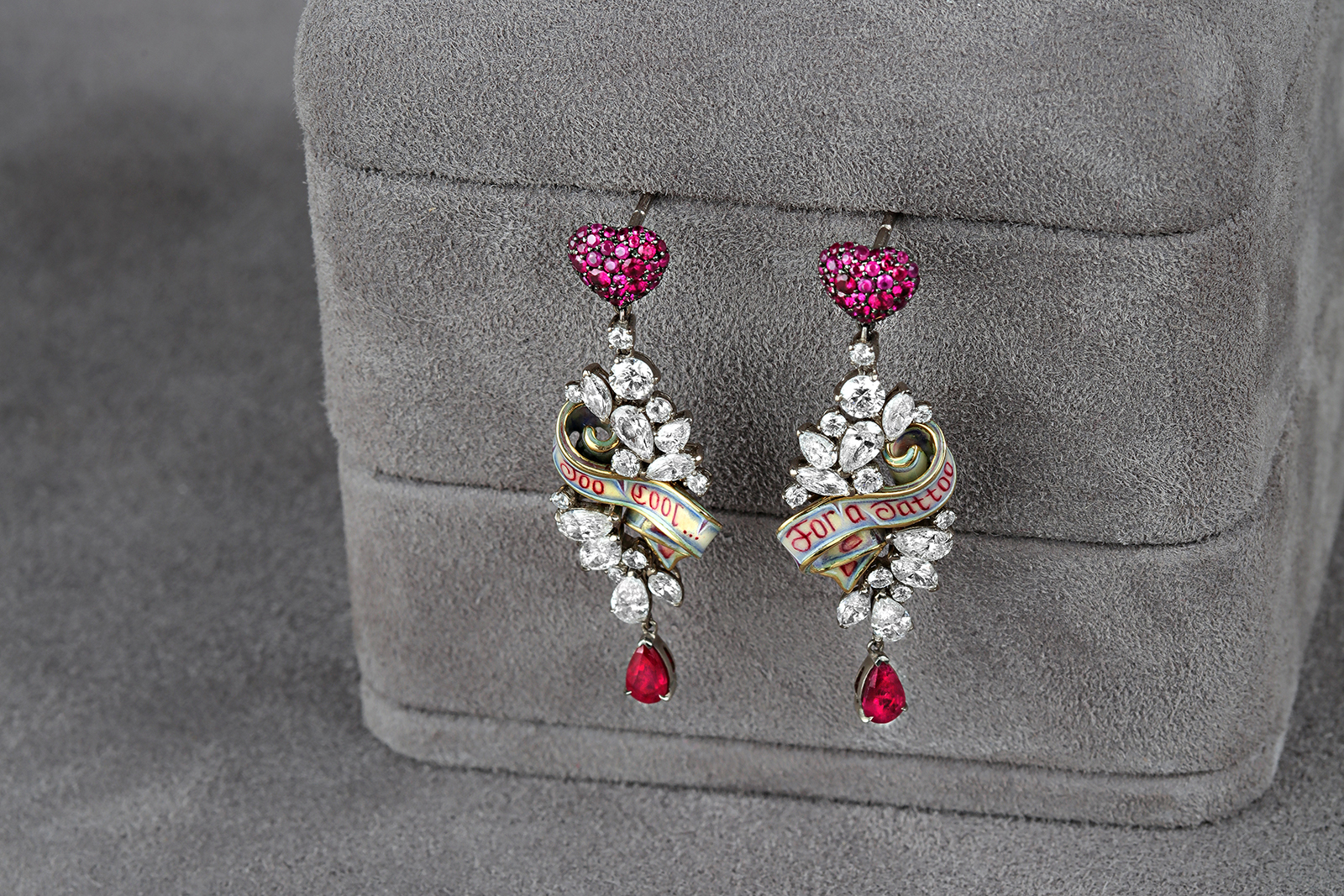 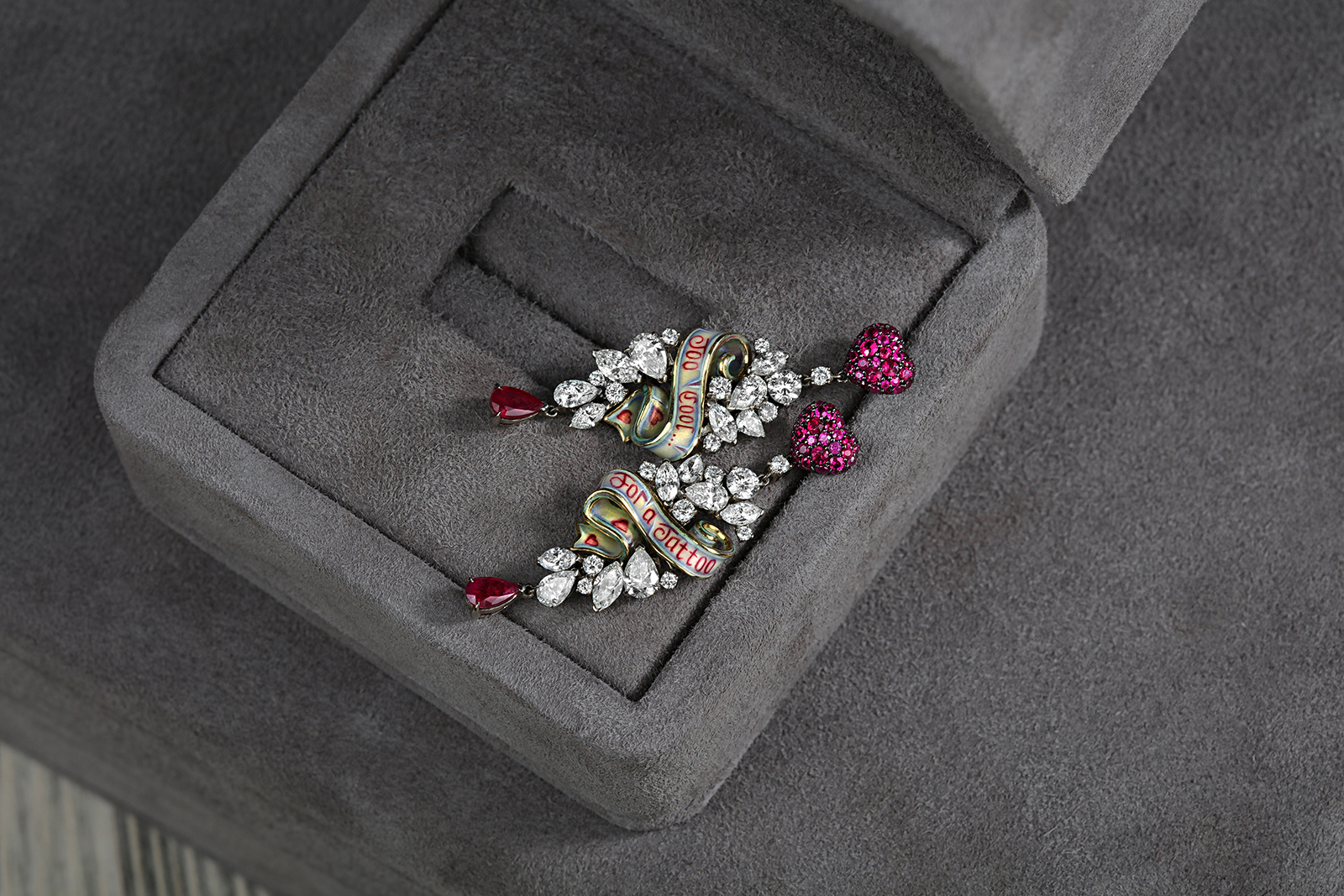 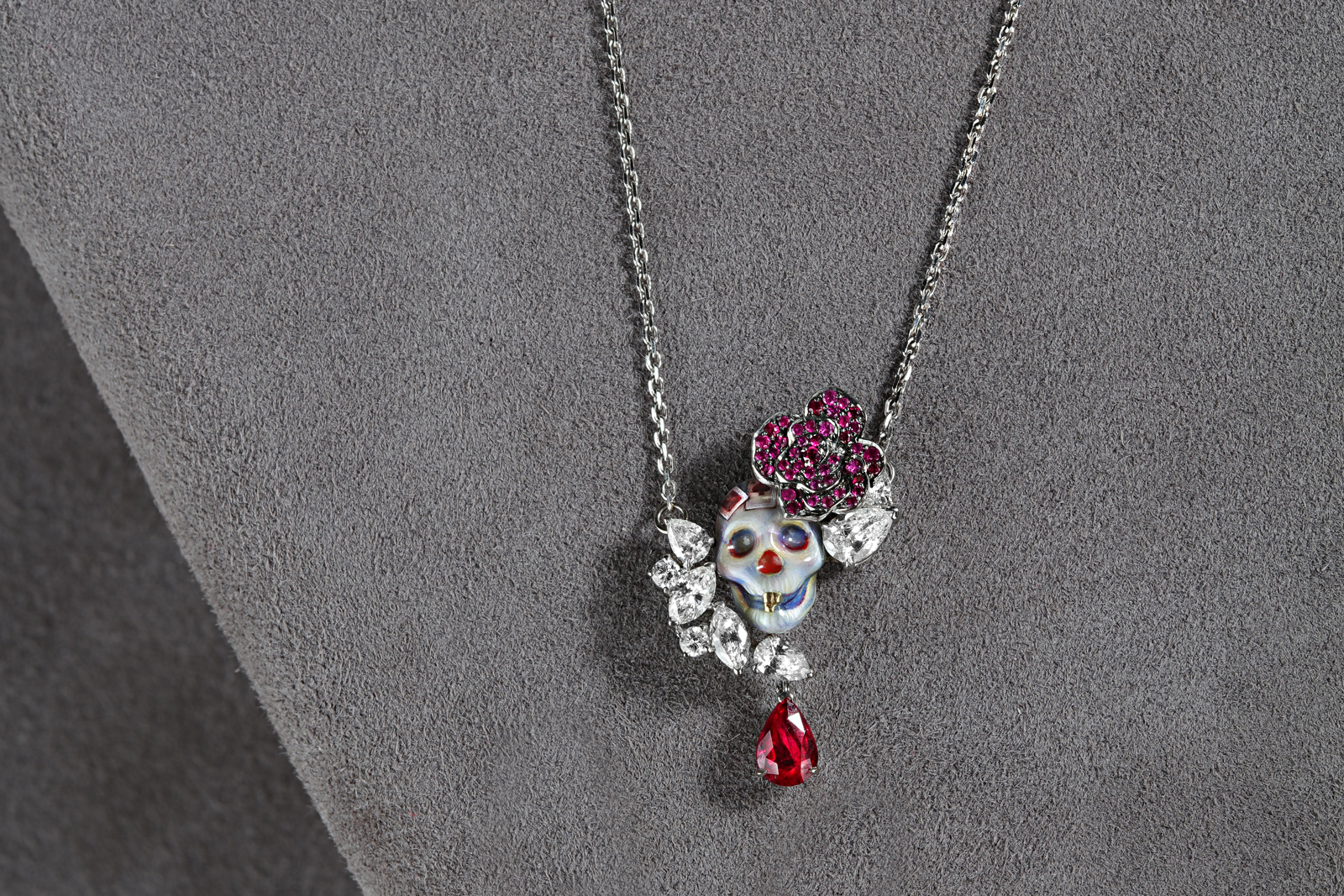 Tattoos have existed since time immemorial, and the idea of getting permanent body art ebbs and flows has probably crossed your mind too. For Liza, tattoos are an unrealised dream. Beautiful images have the propensity to lose their relevance and allure over the years, even in the eyes of their possessor – something Liza’s father came to realise in no uncertain terms, because he had over ten tattoos. In fact, it was Liza’s father who stopped his daughter from taking the decisive step to get her first tattoo at the age of 18.

Having abandoned the idea of decorating her body with ink, Liza nevertheless has realised her dream in the form of jewellery art: in gold, enamel, and diamonds in various cuts. She created the jewellery collection “Get Inked” and explained the idea behind the collection: “Why do I need an ink tattoo when I can afford one in diamonds?” 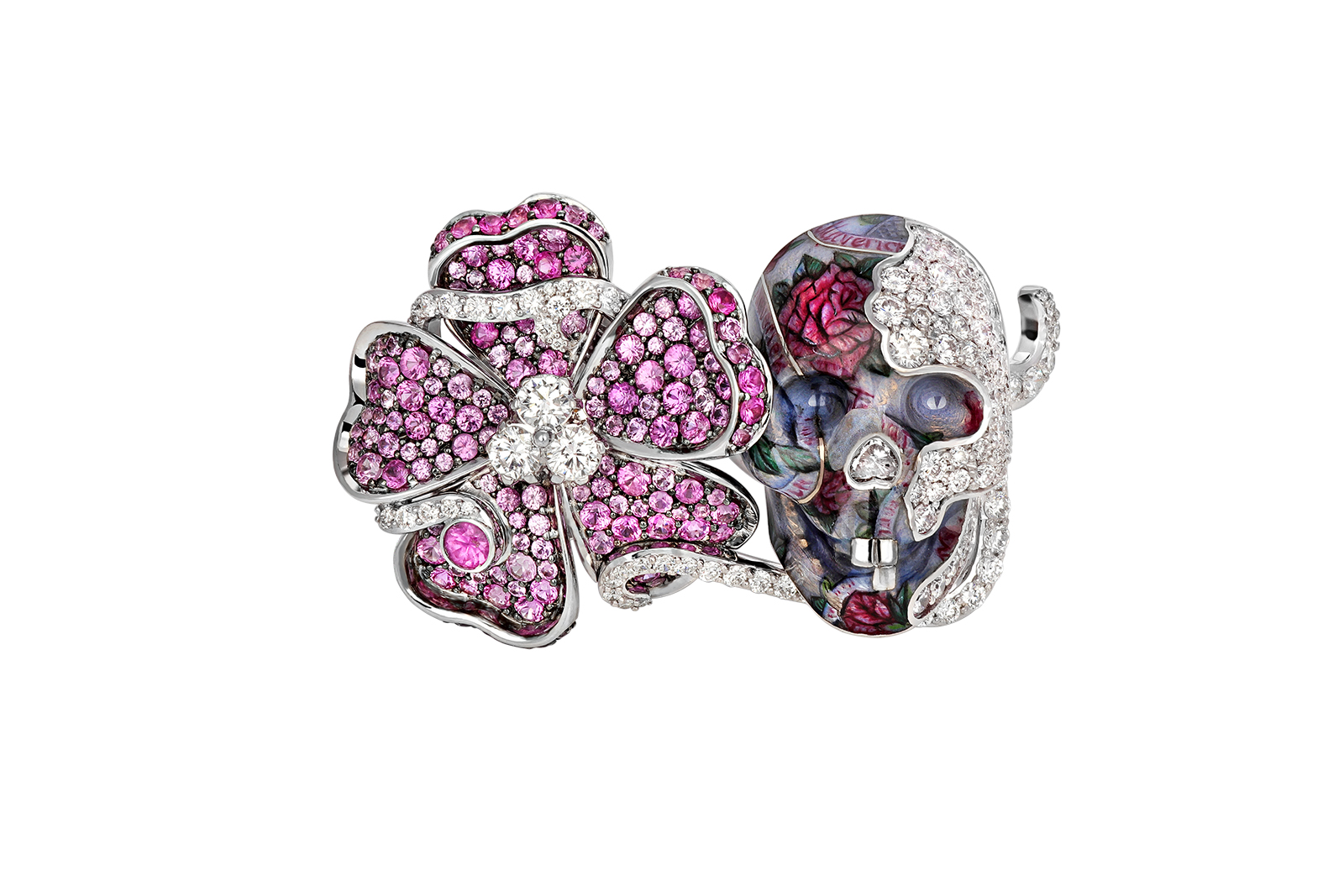 It’s true: a few centuries ago, almost everyone could afford having a tattoo done, but diamonds have always been a prerogative of the upper classes. A good quality gemstone with an impressive carat weight was a rarity then, a real treasure whose possession was subject to a huge number of social factors and constraints. In the “Get Inked!” collection, Liza seemingly pushes and unifies two incompatible elements, demonstrating the simultaneous conventional and ephemeral nature of borders.

“The main recurring motifs of the collection are diamonds, ribbon, skulls, dice and quatrefoil. I combine the incongruous, because quatrefoil has already appeared in our collections, and we return to it again in order for my collections to be worn in combination with one another, if desired!” Liza explained. 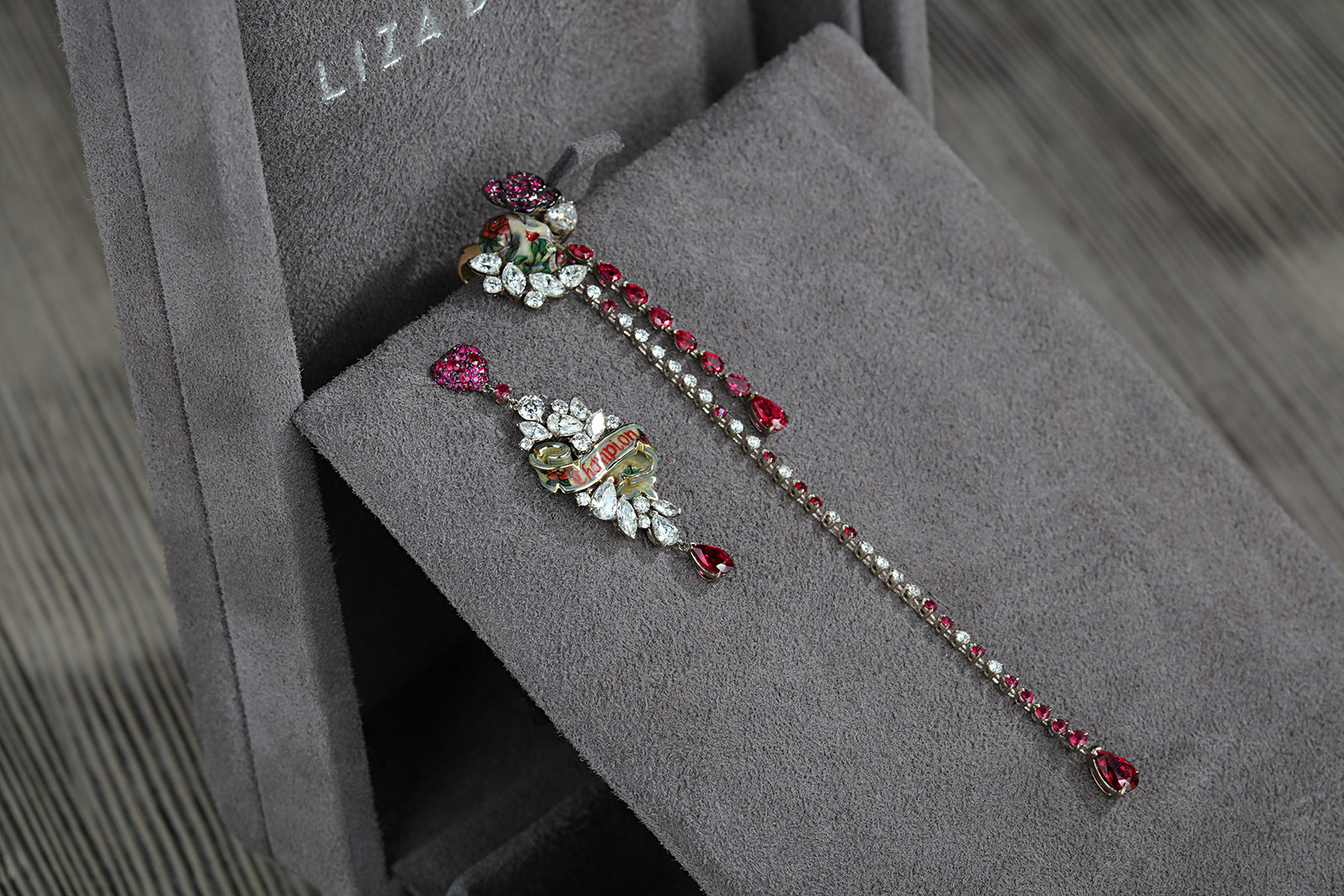 On the enamel panelling, apart from ‘Too cool for a tattoo’ you are able to have almost any words or symbols inscribed, providing the jewel is made to order. It is the very fusion of the gemstones and the inscription that makes the pieces precious in every sense of the word. Earrings with “Champion” written on the ribbon have already been created for a champion of rhythmic gymnastics, and Liza is currently working on her iconic piece of jewellery – a palm bracelet as part of the stylish “Get Inked!” collection.

Initially, the jewellery line included 4 types of earring, 2 kinds of ring, a sautoir and a necklace. But thanks to private orders – Liza manages both to run the company and maintain her love for working with individual clients – she is constantly expanding the collection. So “Get Inked!” has already grown to include not only the aforementioned palm bracelet but also a brass-knuckle ring. 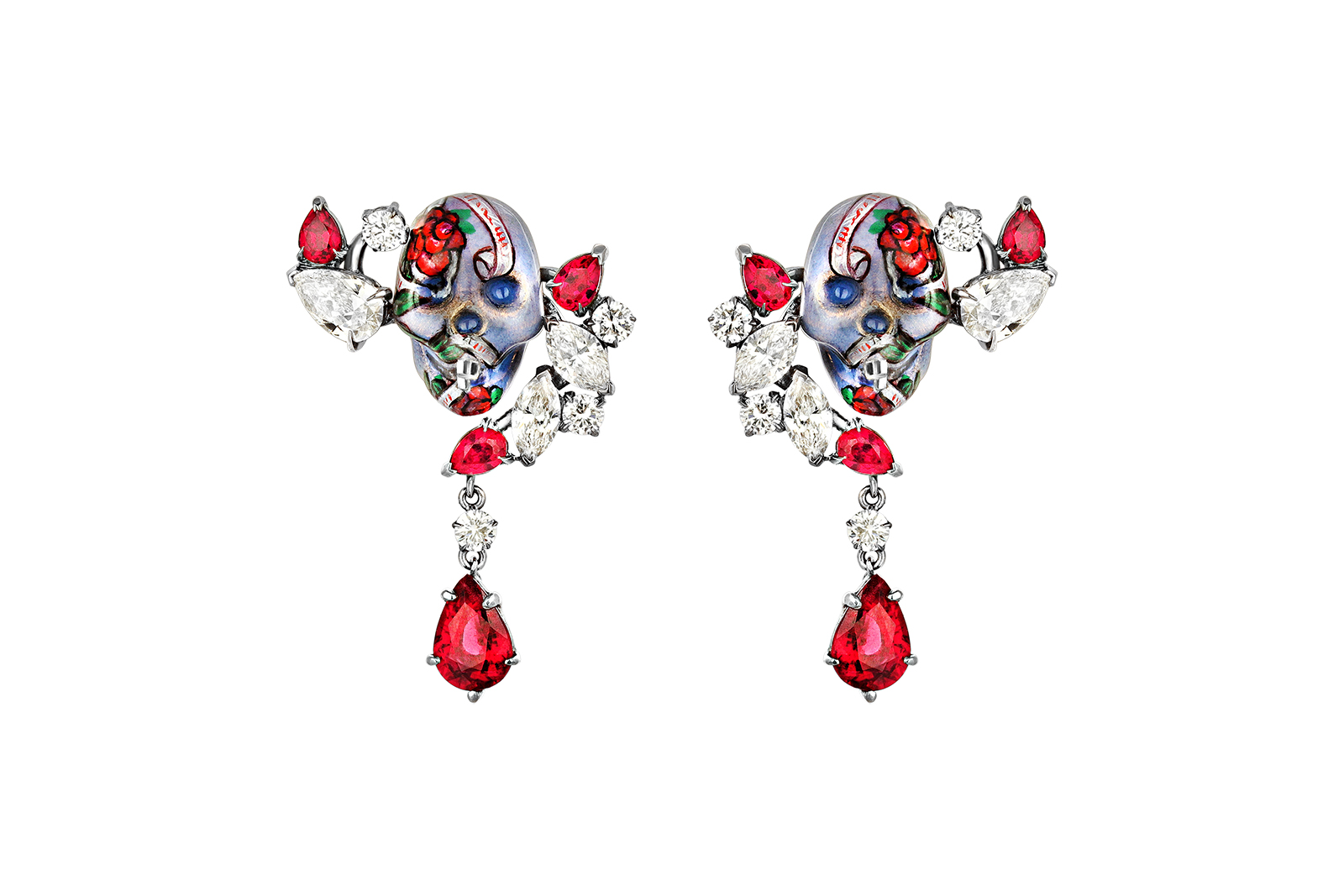 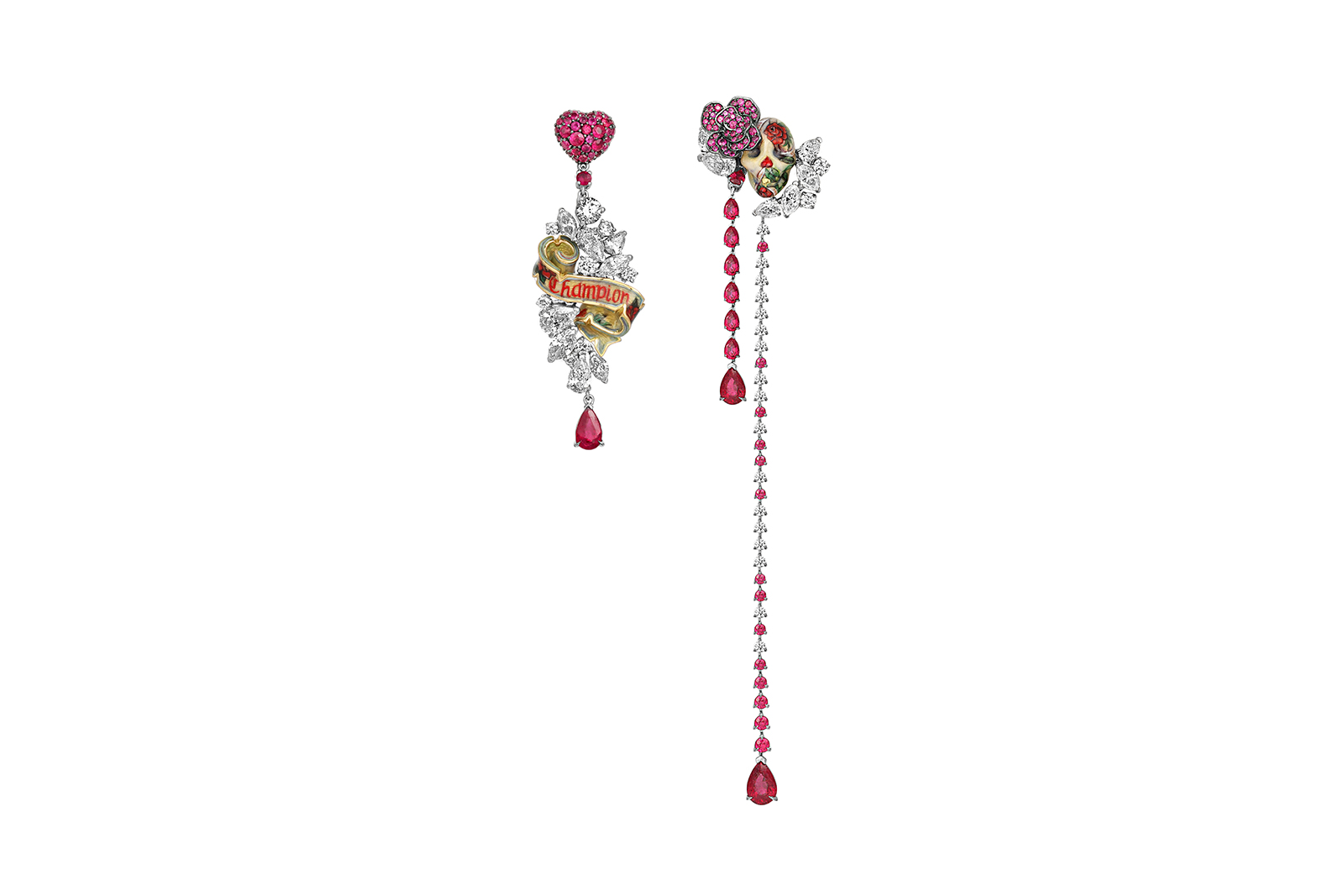 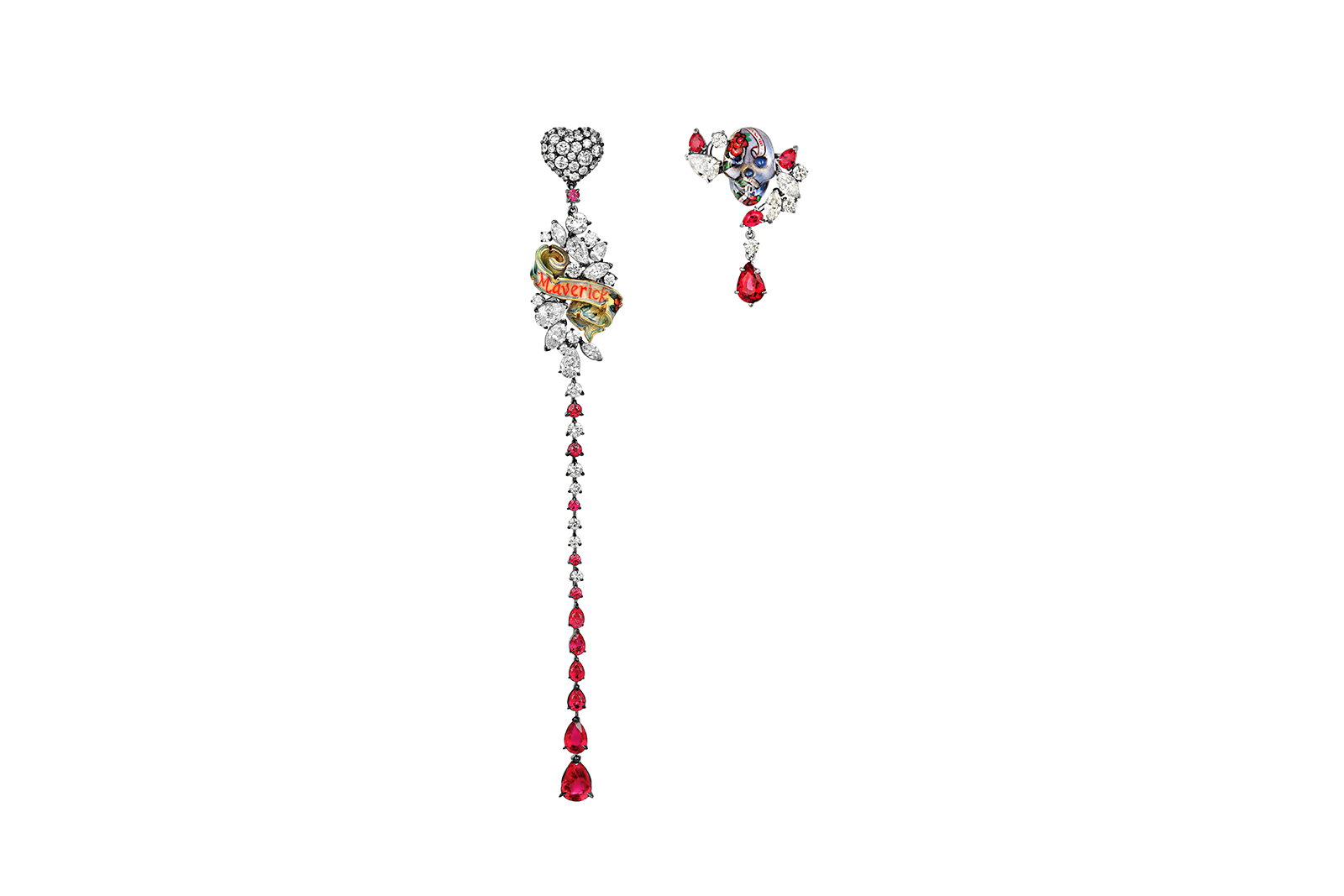 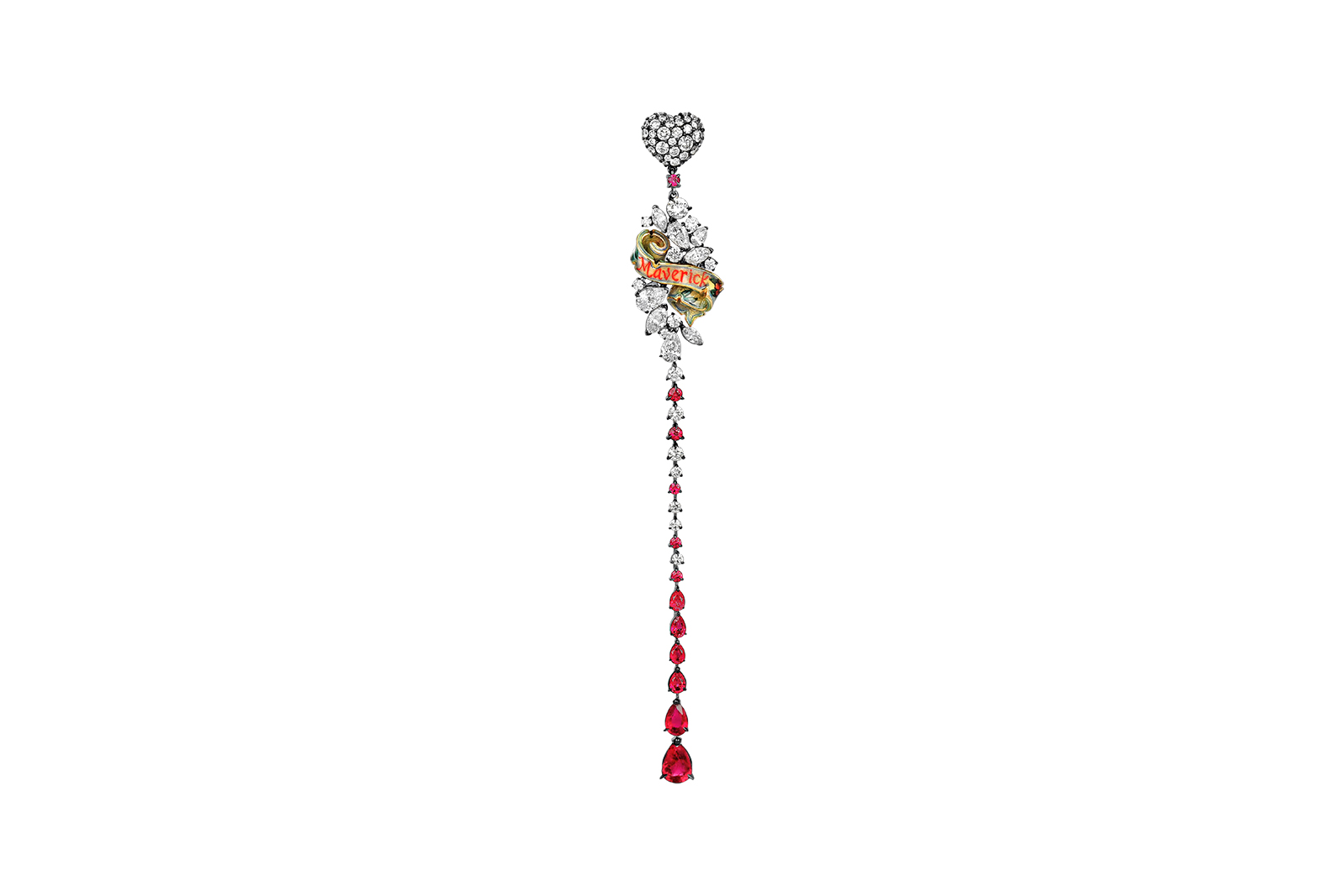 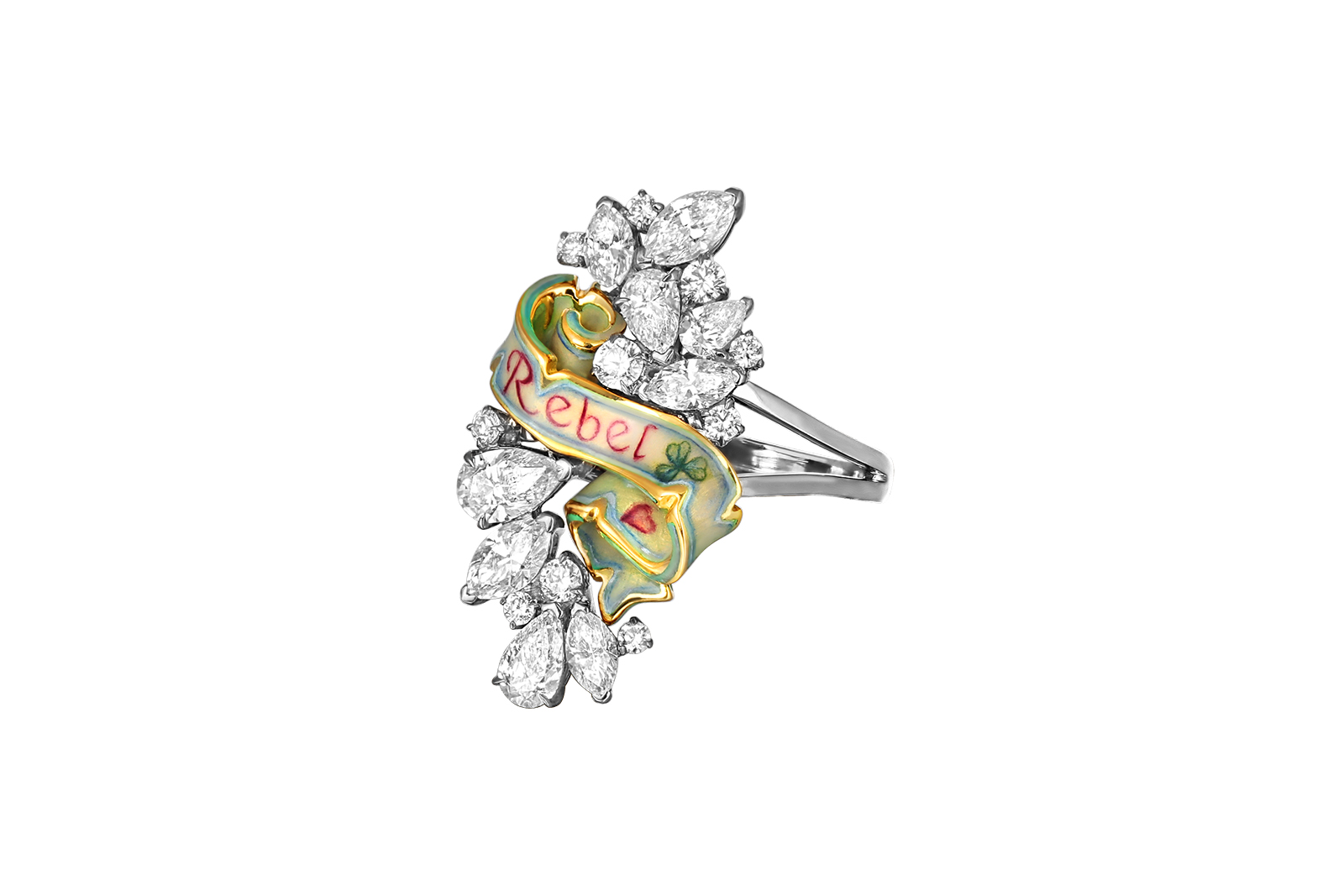 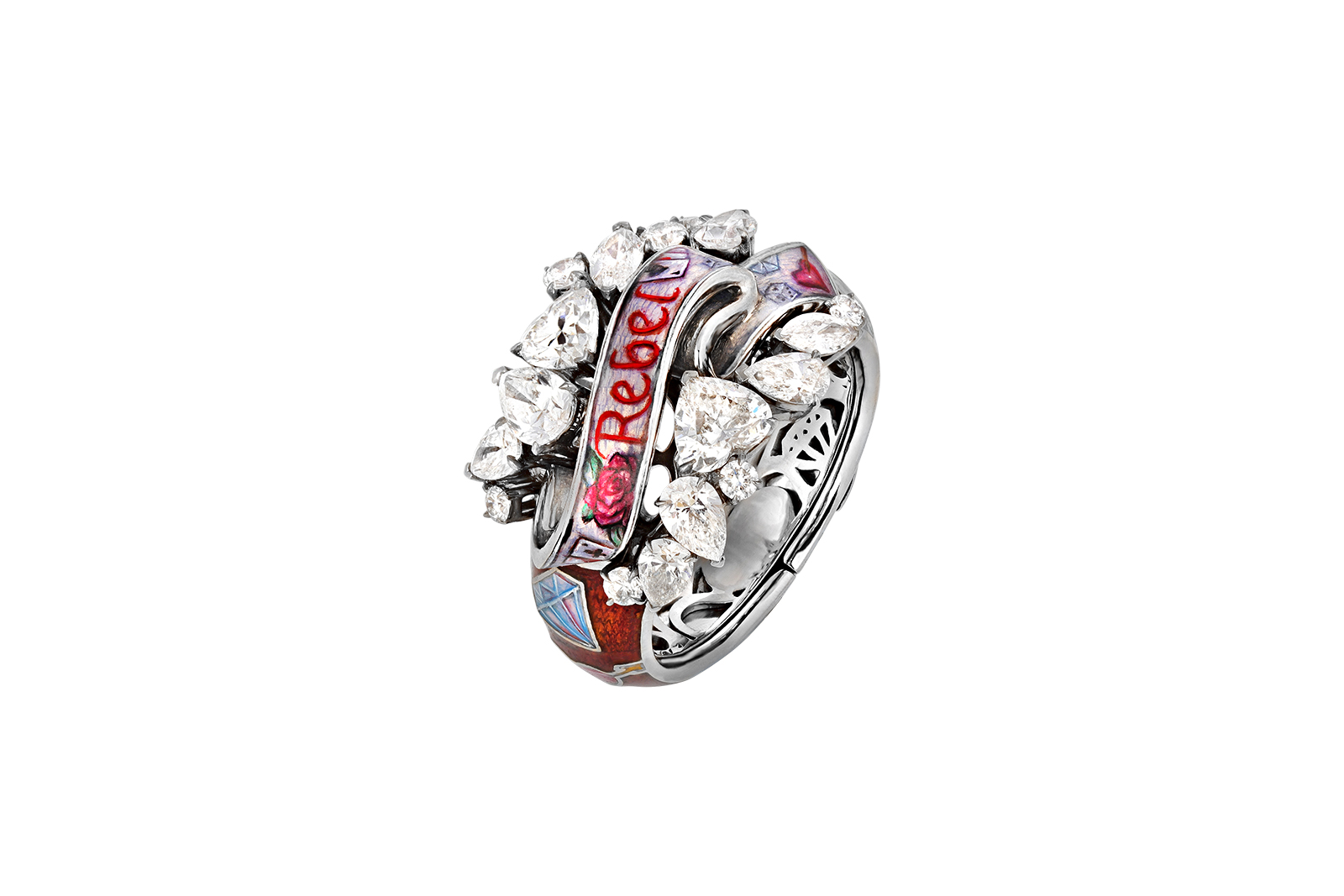 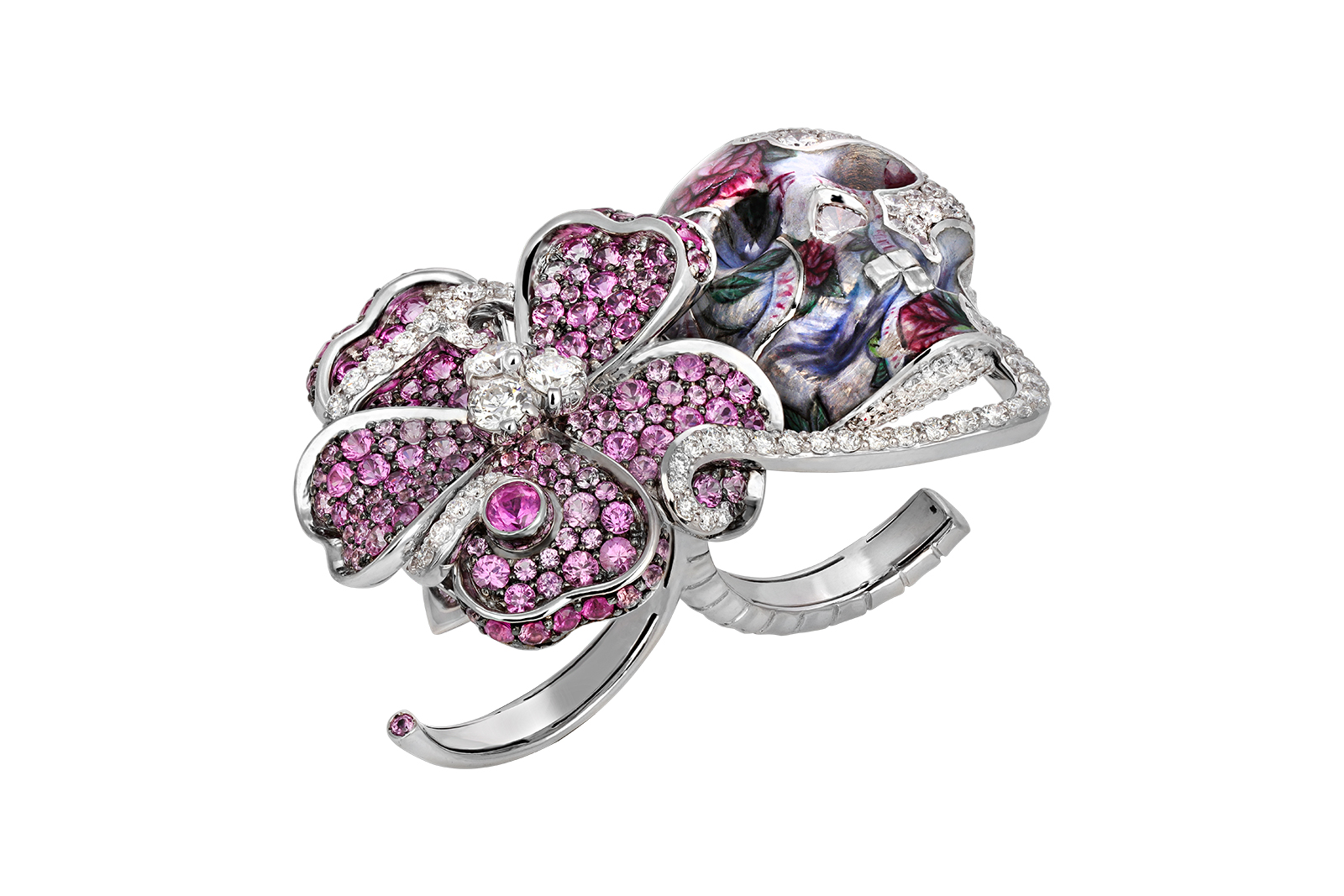 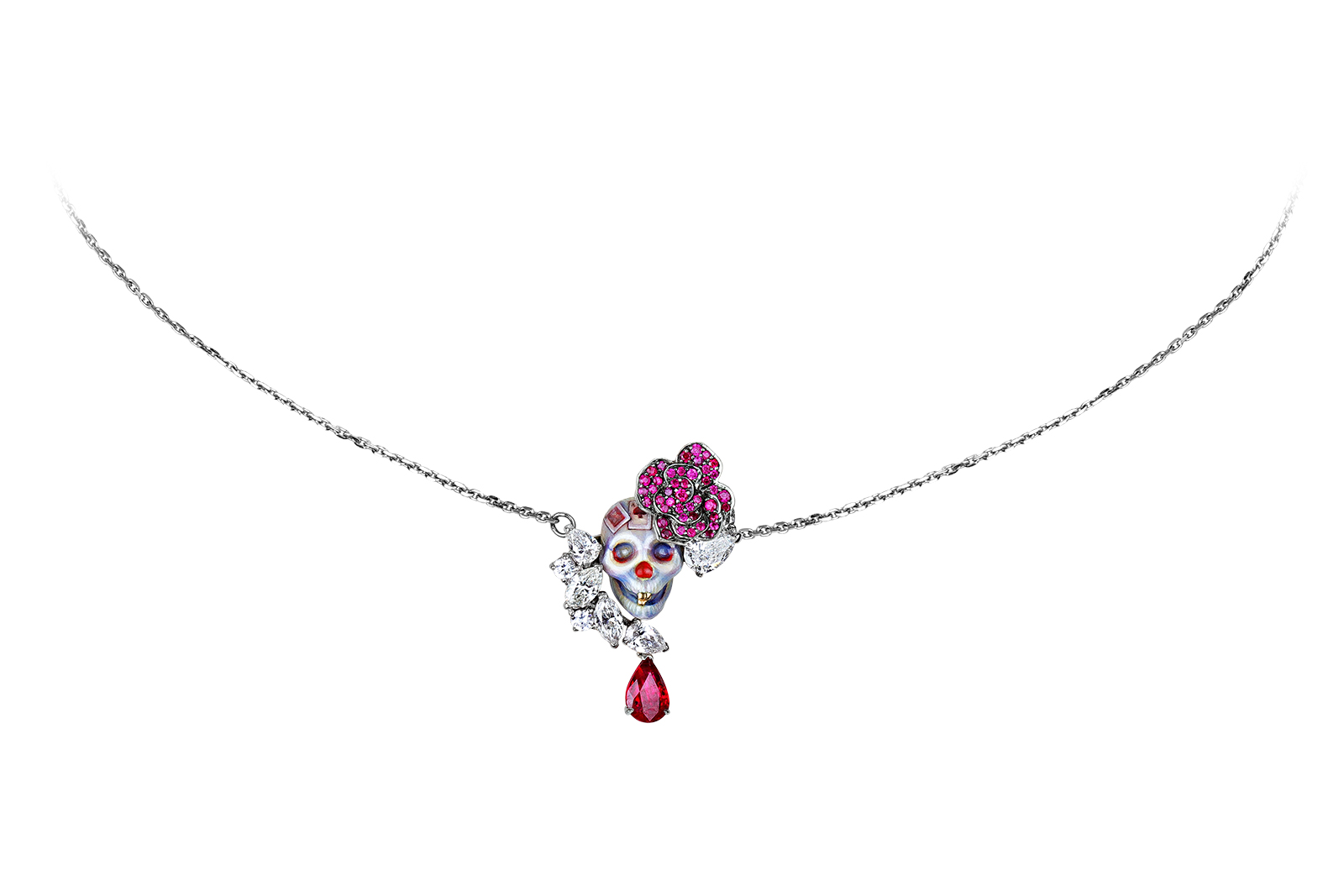 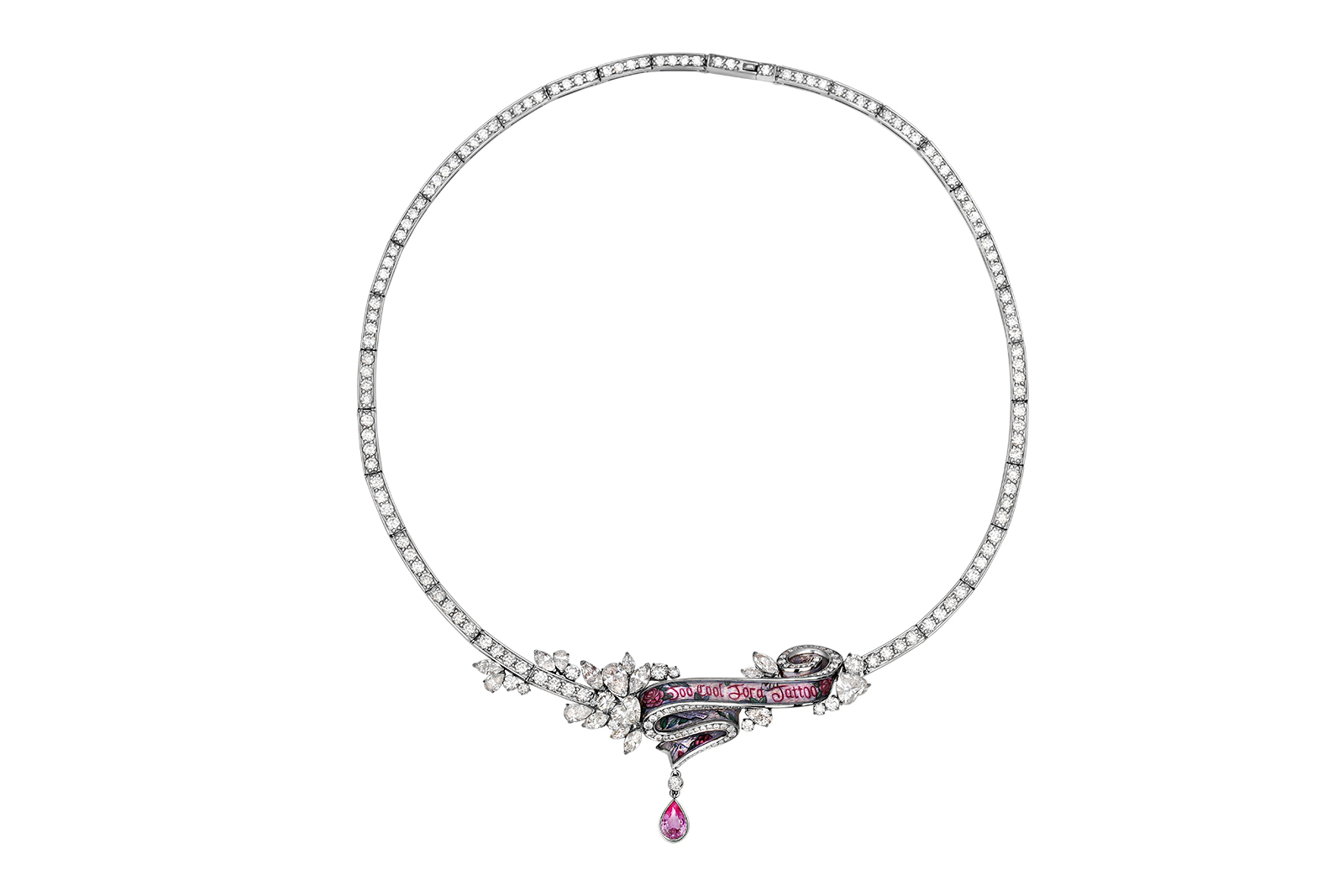 The principal feature of her jewellery is its design and versatility: the weight of the stones starts from between 0.1-0.2 carats, the asymmetrical earrings can be purchased separately to create unique combinations, and each piece can be worn at any time of day – they suit every occasion and will look equally appropriate. 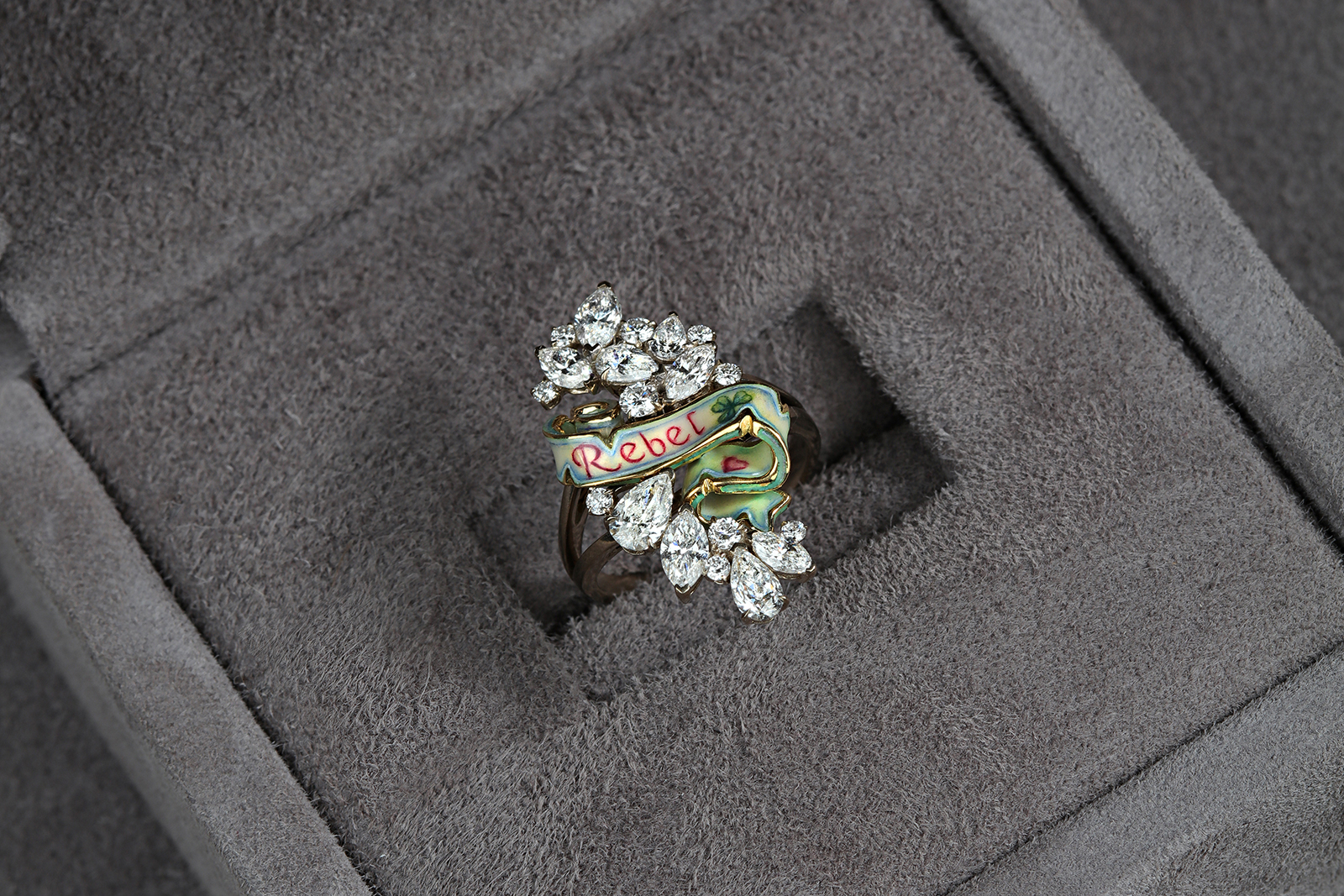 Pieces from the “Get Inked!” collection will be presented to the public alongside other jewellery lines at the Couture 2019 exhibition in Las Vegas. In the meantime, you can see them privately and order them by appointment at the Liza Borzaya showroom in Moscow.