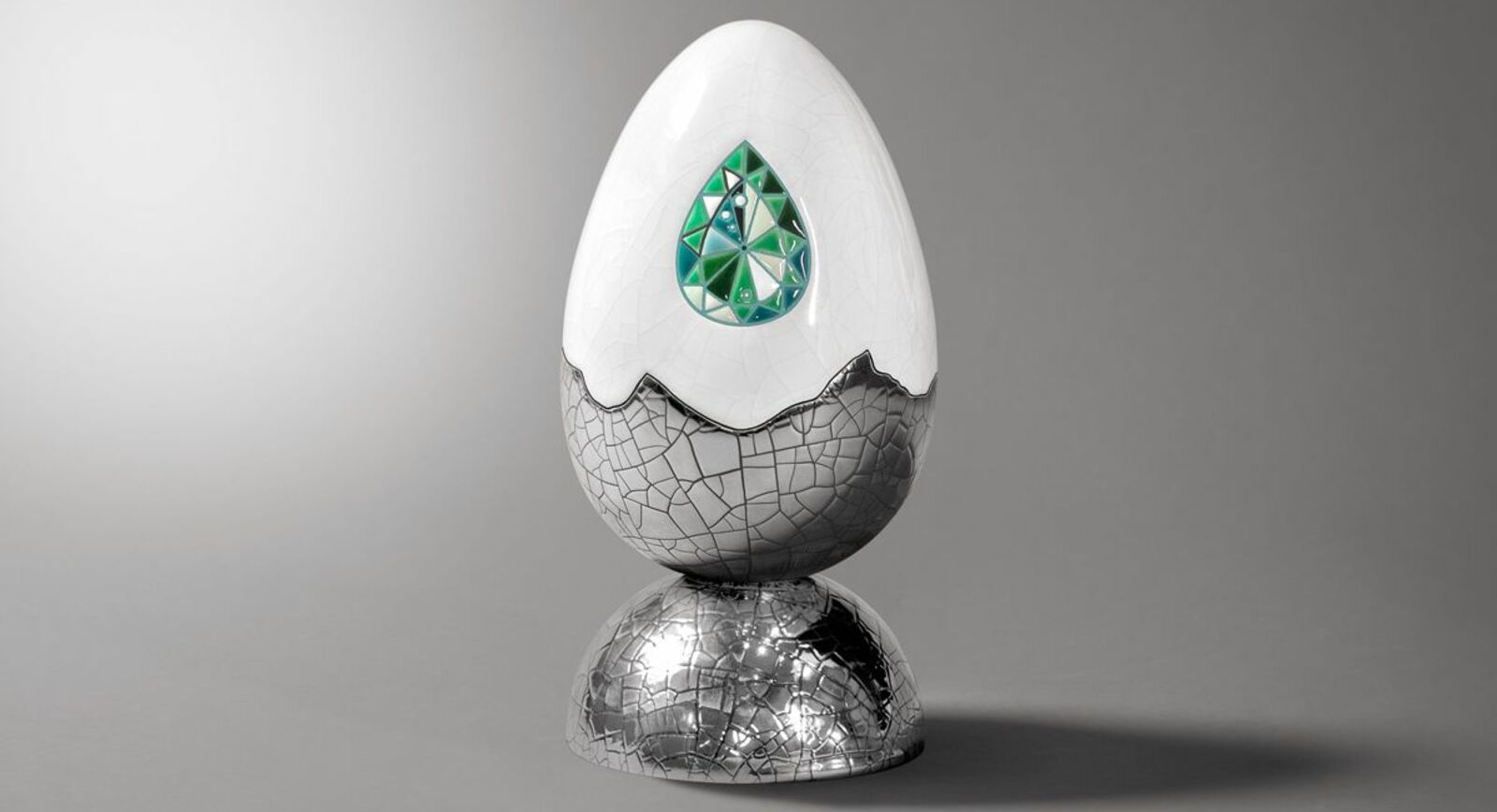 If there were a survey on what we might associate with “precious gifts for Easter”, I can vouchsafe that the most popular answer would be “decorative Fabergé eggs”. Of course, these iconic jewelled ornaments, named after the legendary maestro who made them, are entrenched in many people’s minds because they have been around for over a century. However, in anticipation of the nearing 2016 Easter holidays, I would like to draw your attention to some alternative gifts: the enamelled ceramic “Talisman” eggs by the ancient French enamel company Longwy, in collaboration with the designer Frédéric Mané.

The legendary French brand Emaux de Longwy has been making handmade vases and home décor accessories since 1798. Each of their products is a work of art, combining high skill with original design. In the middle of the twentieth century, the old manufacturer started to join forces with the most famous artists and designers of the time, who breathed a new life into the company’s goods. In the past, new ideas and décors were brought by such artists as Anne Marie Beretta, Régis Dho, Robert le Héros, Casenove and Jean Boggio, and one of the most recent to come on board is French jewellery and luxury goods designer Frédéric Mané.

It was Mané who came up with the idea of creating Easter eggs seemingly encrusted with four of the most popular precious stones – diamonds, rubies, sapphires or emeralds (unfortunately, the gemstones on the product are not real but are painted on with enamel). 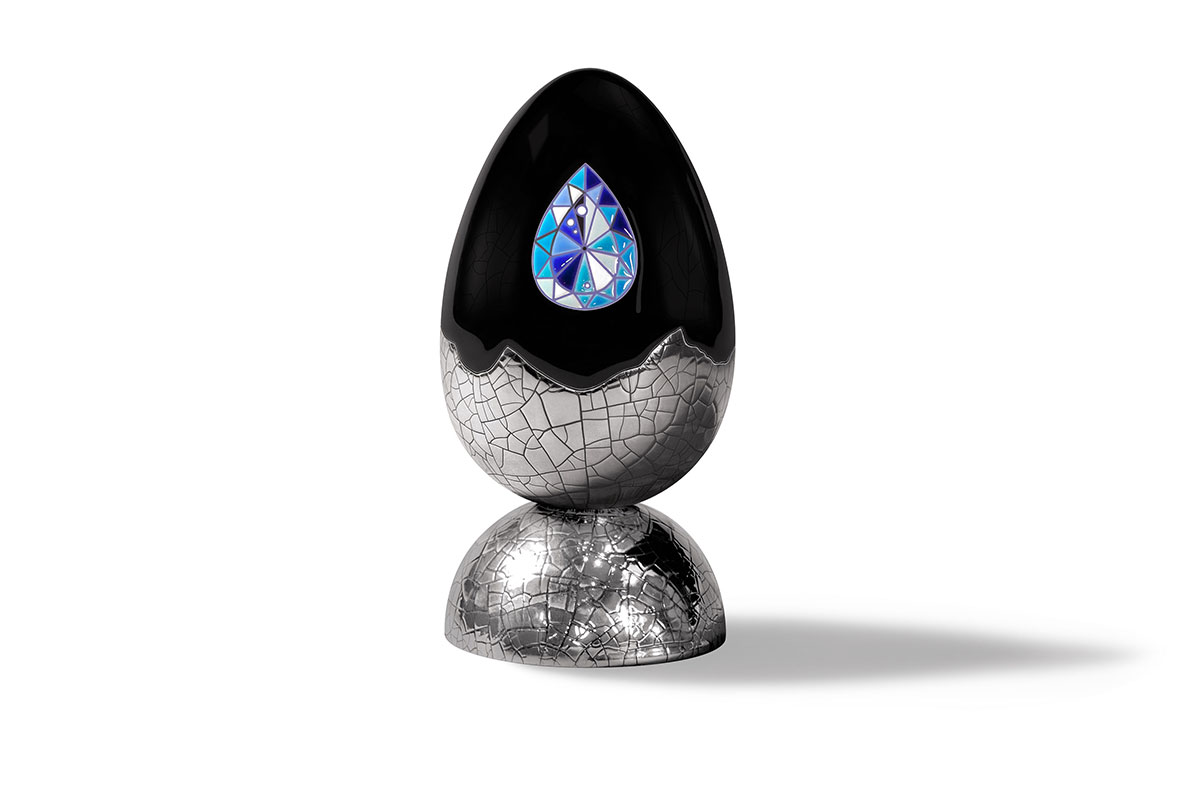 The collection consists of the four “Talismans”, and each has its own colour scheme. The diamond is on a black egg that appears to have had its golden shell peeled back, with its cracked fragments remaining at the bottom of the egg. The sapphire egg is also painted on a black background, though this one’s shell is platinum.

The emeralds and rubies, according to Frédéric Mané, look better on a white background combining the red stone with a golden shell, but the green one with a platinum shell. Indeed, despite the fact that the gemstones are drawn onto these luxury art objects, to give the enamel the metallic colour, real gold and platinum ground down to microscopic particles were mixed into the crystal powder. The other colours were achieved by using enamel mixed with different colour pigments. 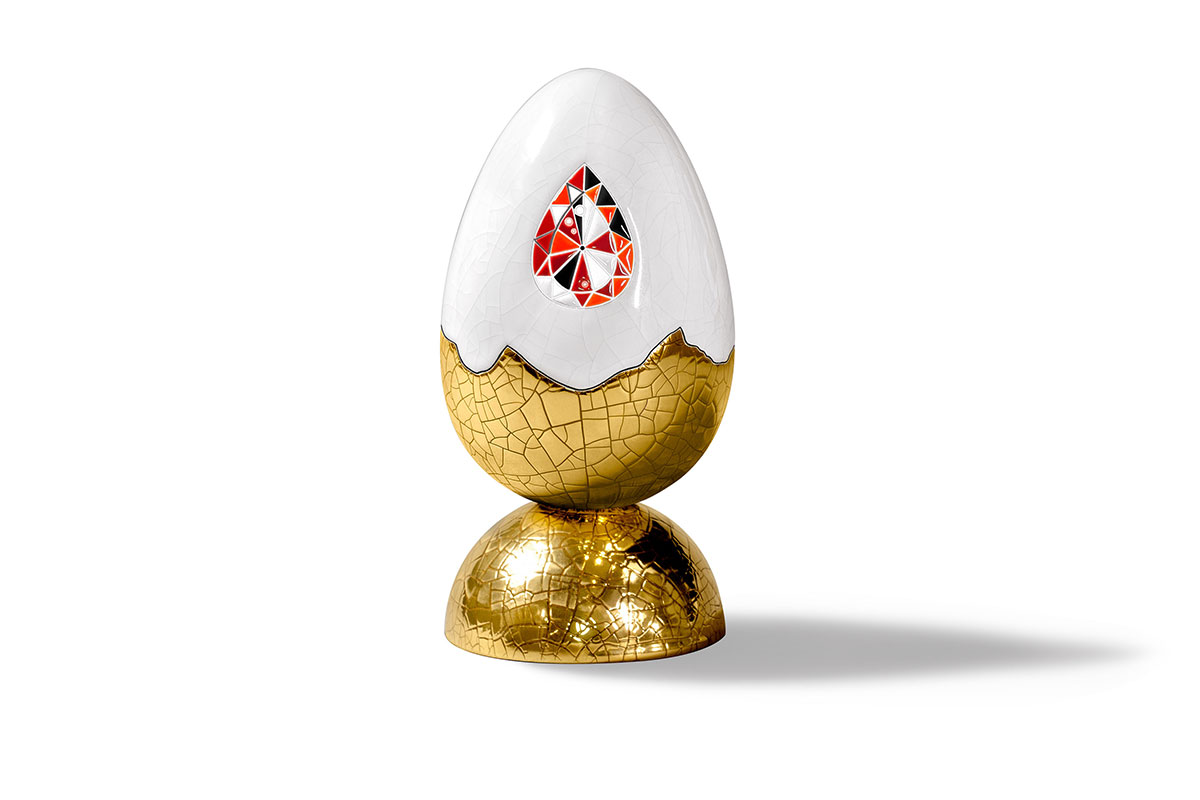 “I decided to call the collection ‘Talisman’, as the egg is a universal symbol of life. Working on the design, I thought of the Mediterranean and of Cadaqués, a village in Catalunya, Spain, where my family and I often holidayed during my childhood. Since 1997, there has been a house-museum dedicated to Salvador Dalí in the village, and it has an egg on its roof, because for the king of Surrealism this was the symbol for the perfection, symbol of the universe,” said Frédéric.

All four of the ornamental eggs were released by Emaux de Longwy in limited edition, with 25 pieces made per colour scheme. As is the case with all luxury items from the factory, these Easter souvenirs are made by hand with great care to paint on every detail. This can only be done by a virtuoso who has accumulated skills over years of practice and who has patience of steel. 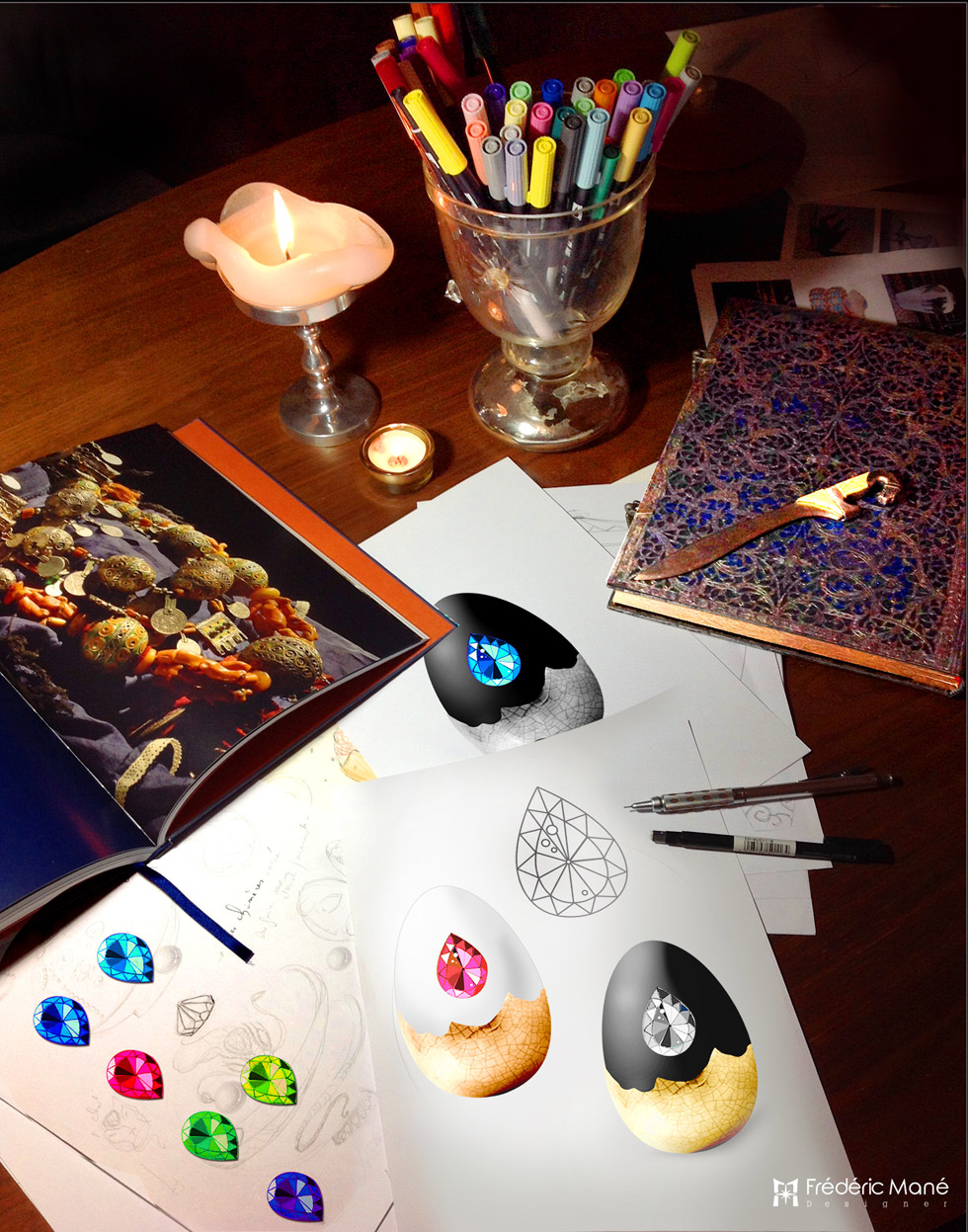