Sapphires: All the Colours of the Rainbow in September’s Birthstone

If you have a September birthday then you are fabulously lucky because one of the most beautiful gemstones, the sapphire, is this month’s birthstone.

The stone’s very name has sparked much confusion among historians, who have been misled on many occasions. In ancient Greek, the word “sapphire” means blue stone, but actually September’s birthstone is found in many other colours. Believed to have mystical powers related to the heavens, symbolising, for example, divine protection, purity and chastity, sapphires are traditionally associated with the colour blue. Sapphires of the deepest blue have long been associated with the royal family and were often worn by medieval kings as a form of protection them from their enemies. This is probably what led to the term “royal blue”, which is often used to describe the colour of very fine blue sapphires.

Last year I published an article about a selection of luxury jewellery featuring traditional blue sapphires, so I thought it was about time to reveal the rest of the rainbow. In the process of formation, the colour of corundum, the family of stones to which sapphires belong, is determined by the traces of iron, chromium, copper, titanium and magnesium that are present in their chemical composition. That is why we find sapphires in almost every colour, including pink, peach, orange, yellow, green and purple. 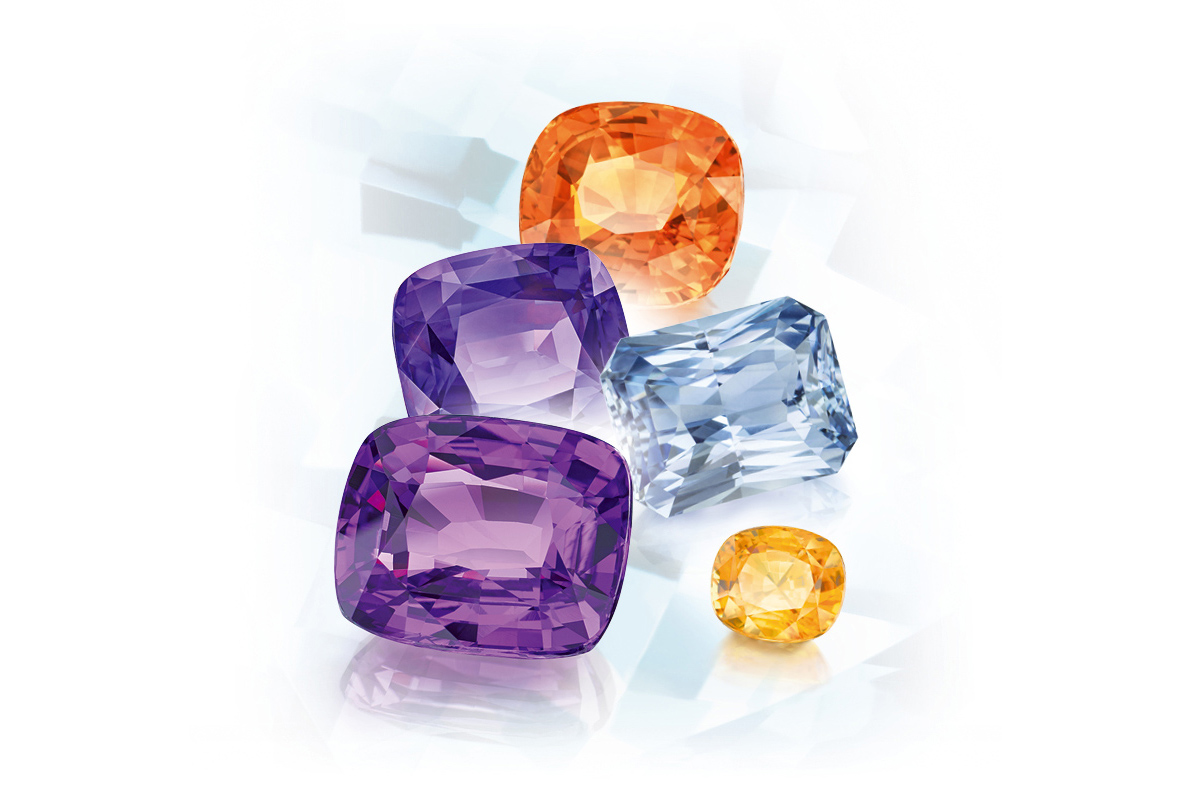 The rarest varieties of sapphire include star sapphires, which showcase a phenomenon known as asterism, “chameleon” sapphires that changes colour, the white sapphire, which contains practically no colour trace elements at all, and the only sapphire with its own name: the pinky-orange Padparadscha. The only colour you will definitely not find among sapphires is red. When corundum is found in this hue, it is classified as a ruby.

Interestingly, with the growing popularity of coloured gemstones, large Fancy coloured sapphires are increasingly becoming the centrepiece of high jewellery pieces. For example, yellow sapphires have adorned cocktail rings by Cartier and Van Cleef & Arpels, Padparadscha sapphires dazzle with their unique salmon-pink hue at David Morris, Chaumet and Gübelin Jewellery, and rare green sapphires can be found in unique creations by the American jeweller Bayco and the Australian jeweller Michael Muratore of Murazzo. 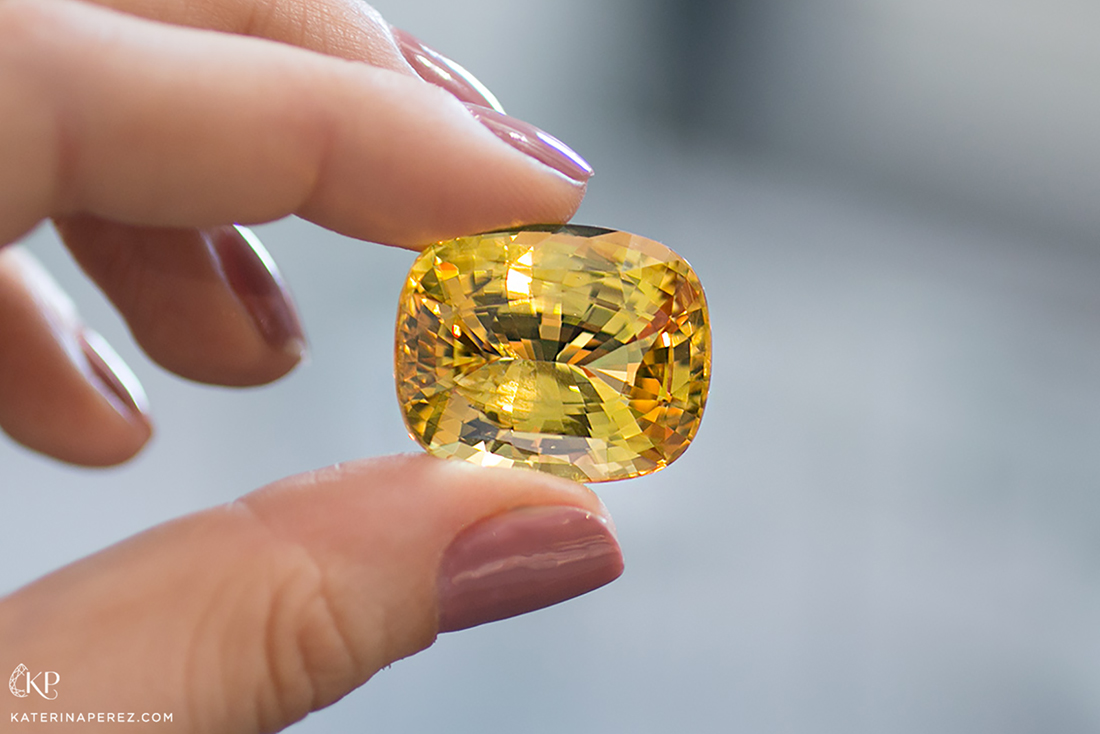 Personally, I first got to appreciate the enchanting beauty of coloured sapphires six years ago when I worked in Boghossian’s London boutique. We were regularly visited by a collector who usually purchased jewellery that included the world’s top four precious gemstones. However, it wasn’t only him who would choose what to buy for his collection – it turned out sometimes jewellery would choose him. I will never forget the way my client would gaze at one particularly luscious raspberry sapphire ring every time he stopped by the boutique. It was a look of great admiration and love. Regardless of the extraordinary hue, I could tell that this colour of sapphire did not match his understanding of a profitable investment, so as much as his heart said yes, his mind replied with no. However, every time the collector visited the Boghossian boutique, he would always ask if someone had bought “his” sapphire. But enough words, let’s take a closer look at the full spectrum of Fancy coloured sapphires. As you admire the gallery, below, I’m sure you will have a new-found appreciation of this chameleon-like gemstone and forget that you ever thought the sapphire was synonymous with the colour blue.