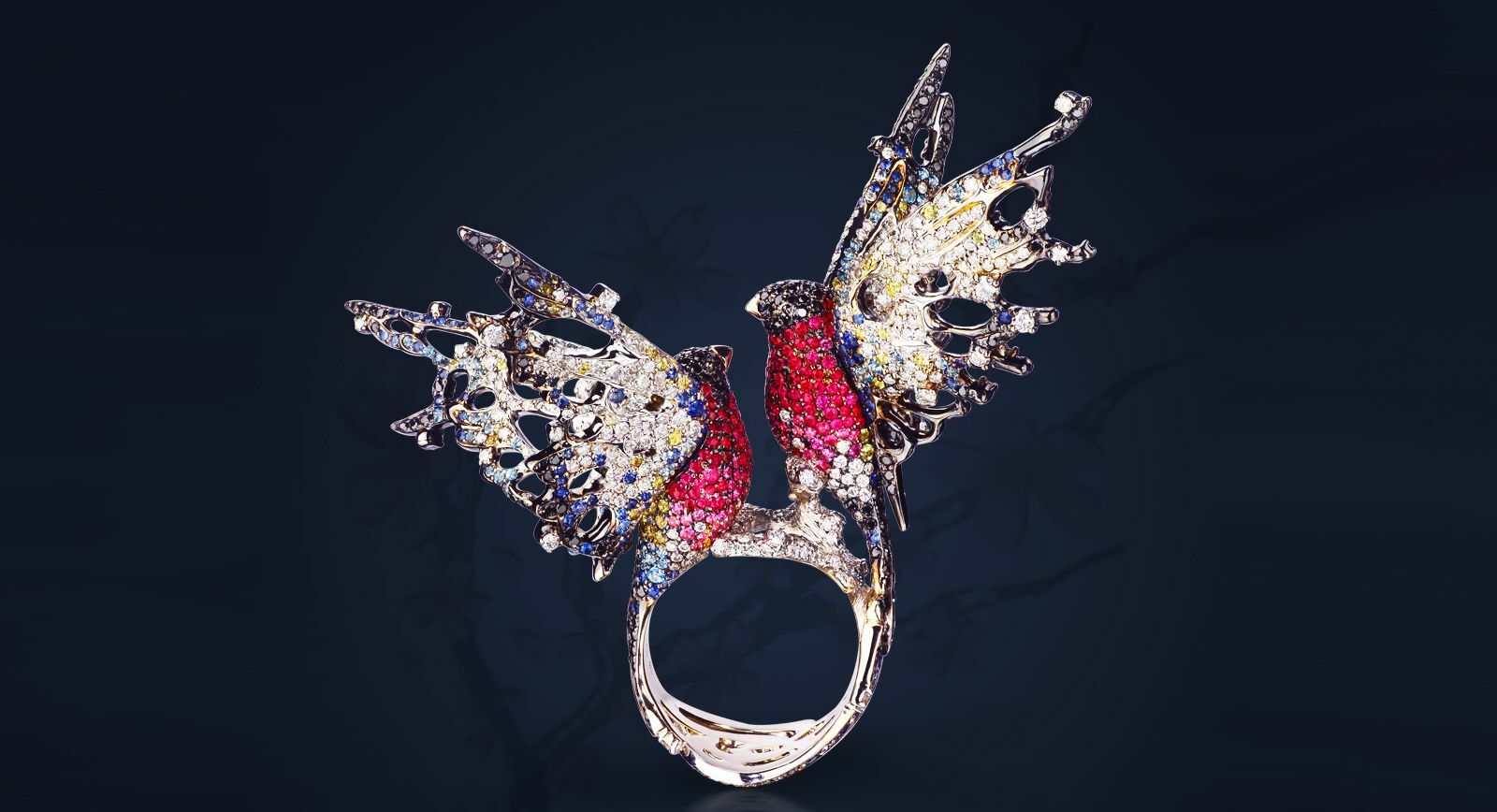 ICHIEN: I Want to Make Jewellery That Can Transform a Person’s Soul

My interview with Ichien, the founder of jewellery brand ICHIEN, was probably my most unusual interview to date. It was certainly worth the wait because the moment I’d seen this virtuoso’s work, it was clear that he was no ordinary person. ICHIEN’s creations, whether they’re limited edition pieces or singular works of high art, are nothing like traditionally designed jewellery at all. I think it’s impossible to try and define their stylistic framework or describe them in a single word; all of them look unique.

I felt I should refrain from using any labels during the interview after he said that. You’ll have to decide for yourselves what ICHIEN’s pieces are, what about them entices you.

Our conversation took place in the brand’s showroom situated on one of central Moscow’s embankments. At the beginning of our meeting, Ichien showed me the showroom, the board room and the workshop. For some reason, I vividly recall this huge bookcase that stood behind the designer’s desk. It made the office rather special: on its shelves were “gathered” all sorts of intriguing trinkets, ceramic mugs, decorative plates and statuettes. 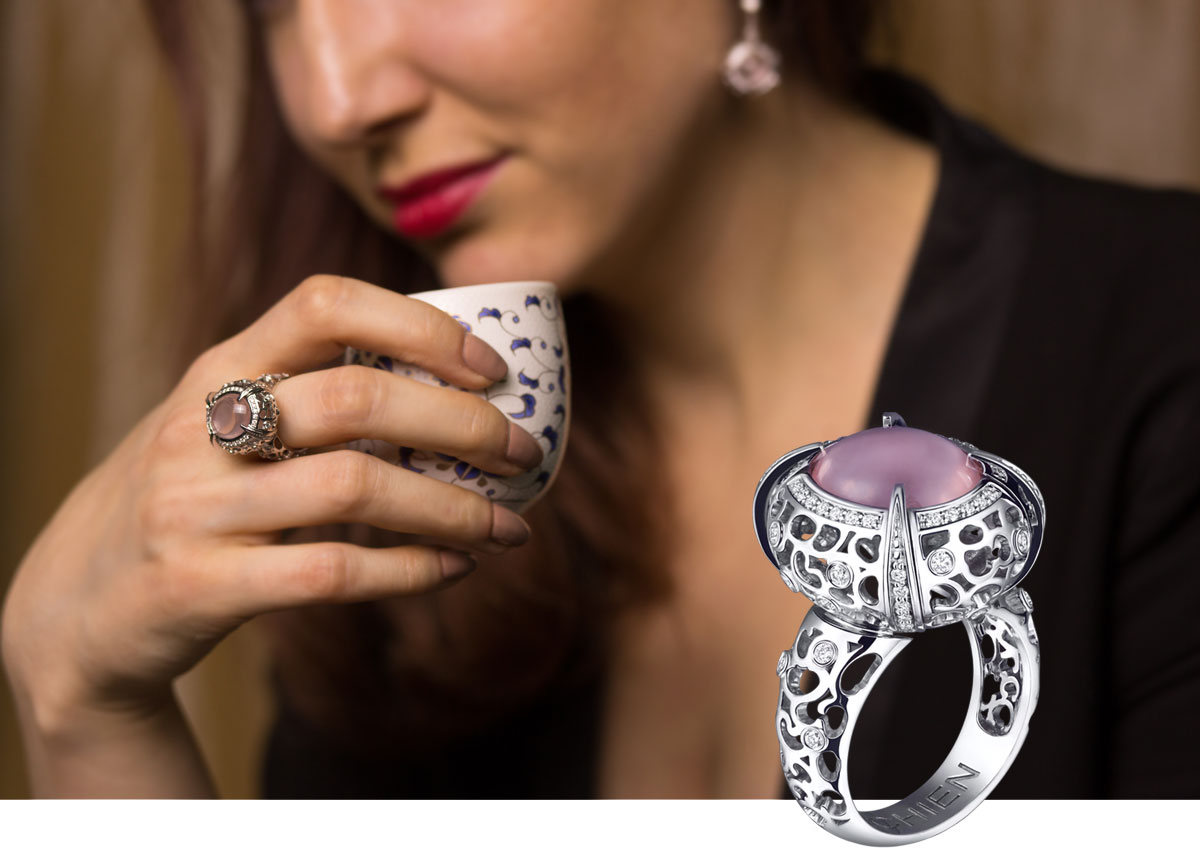 It was also interesting to look at the workshops themselves where Ichien’s sketches gradually adopted their tangible precious form as they were turned into jewellery. After the mini tour, I was invited to have some Chinese tea (at ICHIEN, they love tea ceremonies). Whilst enjoying my hot drink from a small cup, I slowly worked my way around inspecting the pieces. With every sip, the wide variety of drop earrings, hoop earrings, ring bands and cocktail rings began to enchant me more and more.

Just as I was preparing to ask Ichien some questions, the designer said that he wanted to sketch something. Given that drawing and painting are second nature to him, this was hardly surprising; a paintbrush and paints are things he couldn’t imagine his existence without.

As he opened his book of sketches ICHIEN: State of Mind, he asked me what my favourite colour was and what I preferred: necklaces or earrings. After hearing my answer, Ichien set to work. “You can see my hand is drawing by itself. I’m not controlling it. I’ve got no idea how it will turn out.” With these words, a white double page spread of his book began to be drawn with the light contours of a piece of jewellery. A clearer outline followed and after that several distinct details. I sat and attentively observed as the abstract lines were spun into a clear drawing of a necklace. 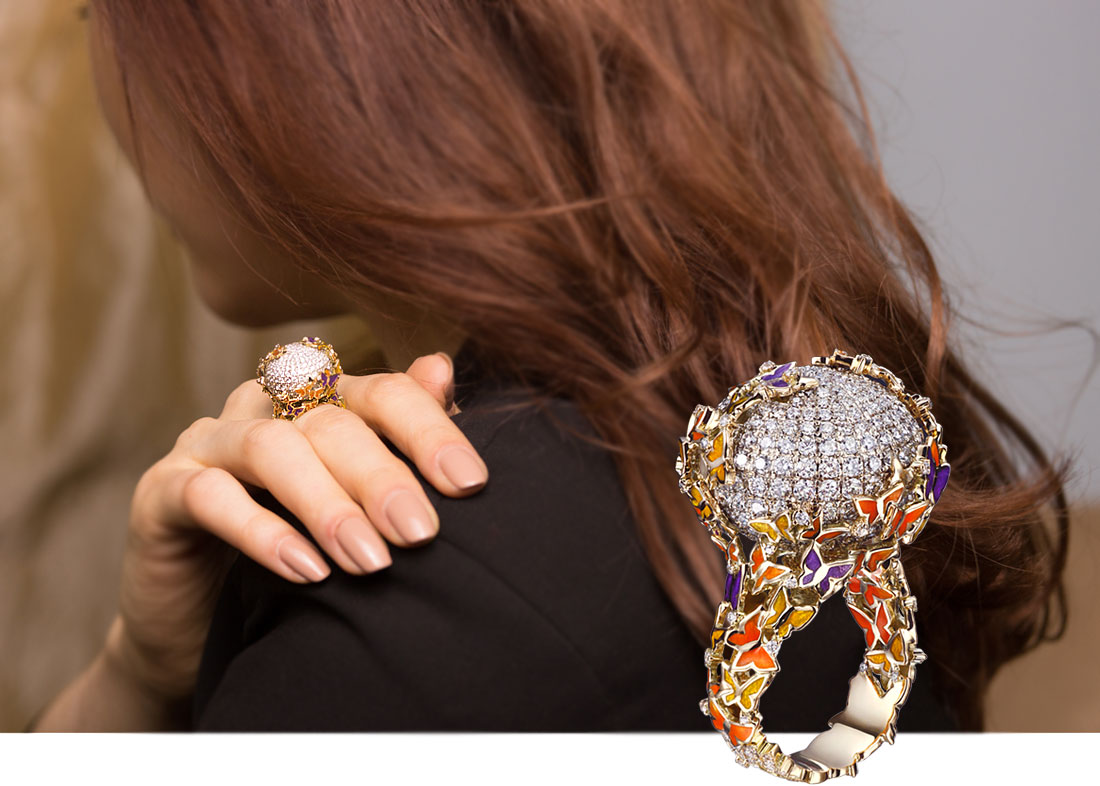 As per my request, Ichien proceeded to paint the necklace he’d drawn with an amethyst colour before adding a bit of yellow and… the final detail was rather astonishing: an orange flower. Noticing my surprise, Ichien commented on his bold decision. I got the chance to ask Ichien about his creative journey as we continued to chat over tea. I was particularly interested to hear what he would say about this because ICHIEN pieces often seem to resonate with echoes of the designer’s past (as well as a part of his soul).

After studying at college for some time, he seriously got into jewellery design and sought to learn more about early 20th century jewellers, different types of jewellery and techniques. Ichien learnt how to cut models from wax and sent his designs to jewellery companies. As he became more and more enveloped in this captivating world of precious metals and gemstones, he decided to stop painting and instead continued to study jewellery making. Two years later, circumstance took him to India. His very first days in India united him with a Zen Master who took on the young Ichien as a pupil and changed his whole life.

After India, Ichien was in Taiwan where he focused entirely on self knowledge and painting. Returning to Moscow in 2007, he continued to work in jewellery and very soon after, in the winter of 2008, opened his own atelier and named it ICHIEN. This year, the jewellery brand celebrates its 7th birthday and only a small part of its captivating history has been written. Let’s wish ICHIEN every success in its quest to thrive and surpass the heights of the jewellery world. 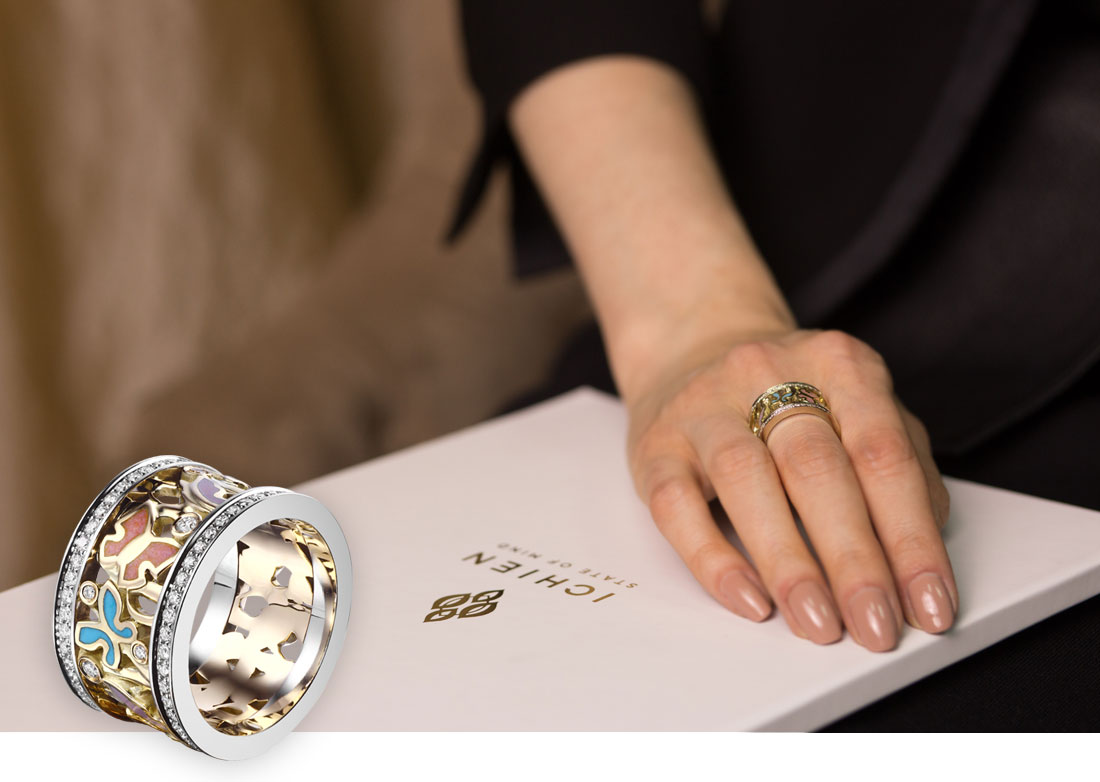 Special thank you to Igor Gerasimchuk (gerasimchuk.com)  who took these photos for katerinaperez.com. Photos of jewellery are courtesy of ICHIEN