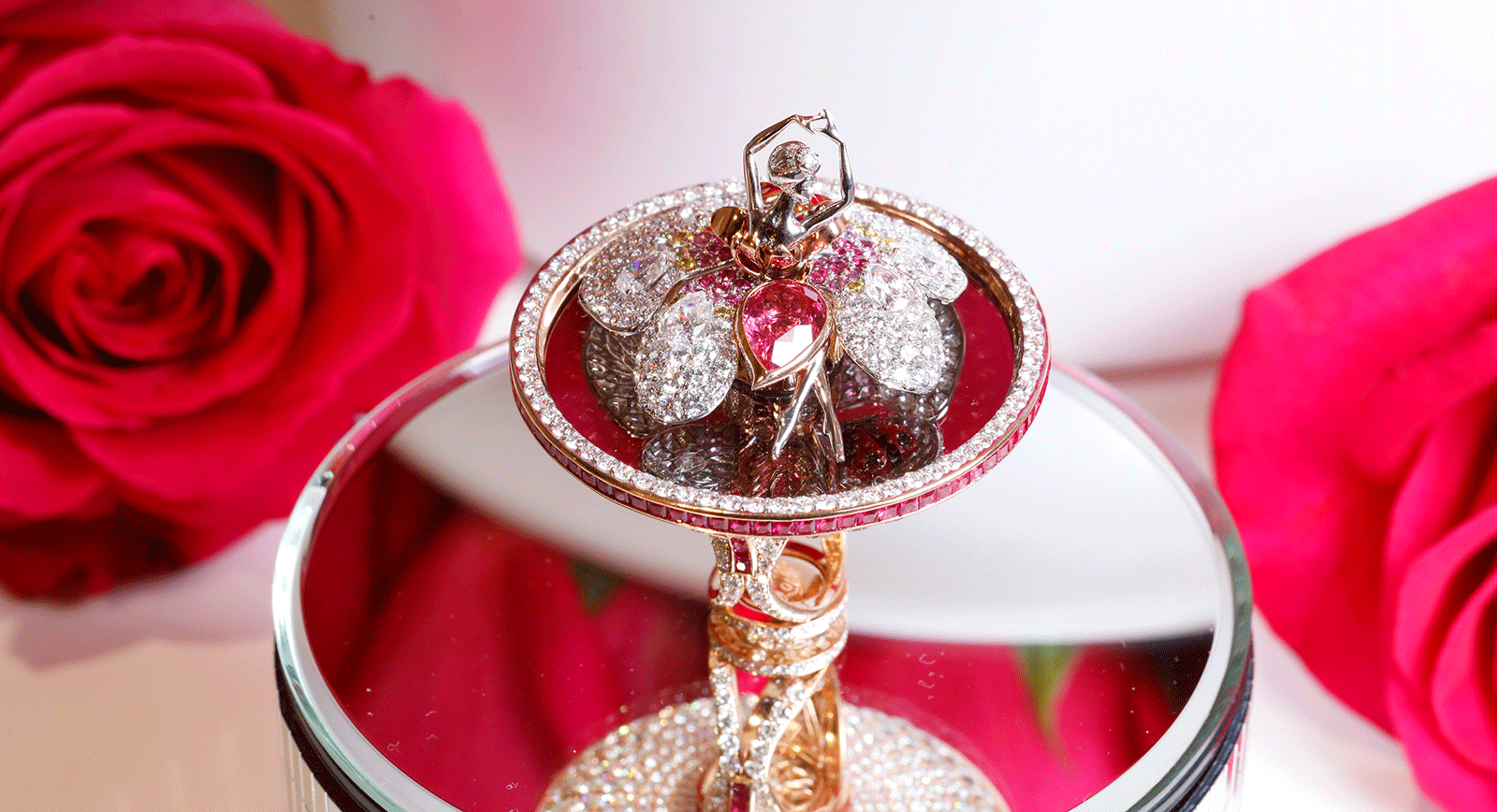 Annual jewellery and watch exhibition Baselworld always sees brands competing to catch the attention of the visitors by putting their best and most intriguing work in their window displays. However, no matter the effort, some jewellery companies always end up coming out on top. This year, design duo Sybarite unveiled their new work for the first time at Baselworld and succeeded in charming plenty of visitors. In what resembled a fabulous rotating performance piece, the mother and daughter pairing presented their star attractions, four rings from their new Waltz of the Flowers collection featuring pirouetting miniature ballerinas.

You probably remember Pyotr Ilyich Tchaikovsky’s ballet, The Nutcracker, and the wonderful Waltz of the Flowers scene, which served as the inspiration for these four magical pieces of jewellery. Margarita Prykhodko, founder and chief designer of Sybraite, told me what made her come up with the masterpiece collection.

"I dreamed of being a ballerina until I was five years old; after that I wanted to be an artist. When we are young and naïve we believe everything in the world revolves around us, then when that feeling vanishes we sometimes want to recapture it and return to that feeling of being a child – that’s what we tried to achieve with these designs." 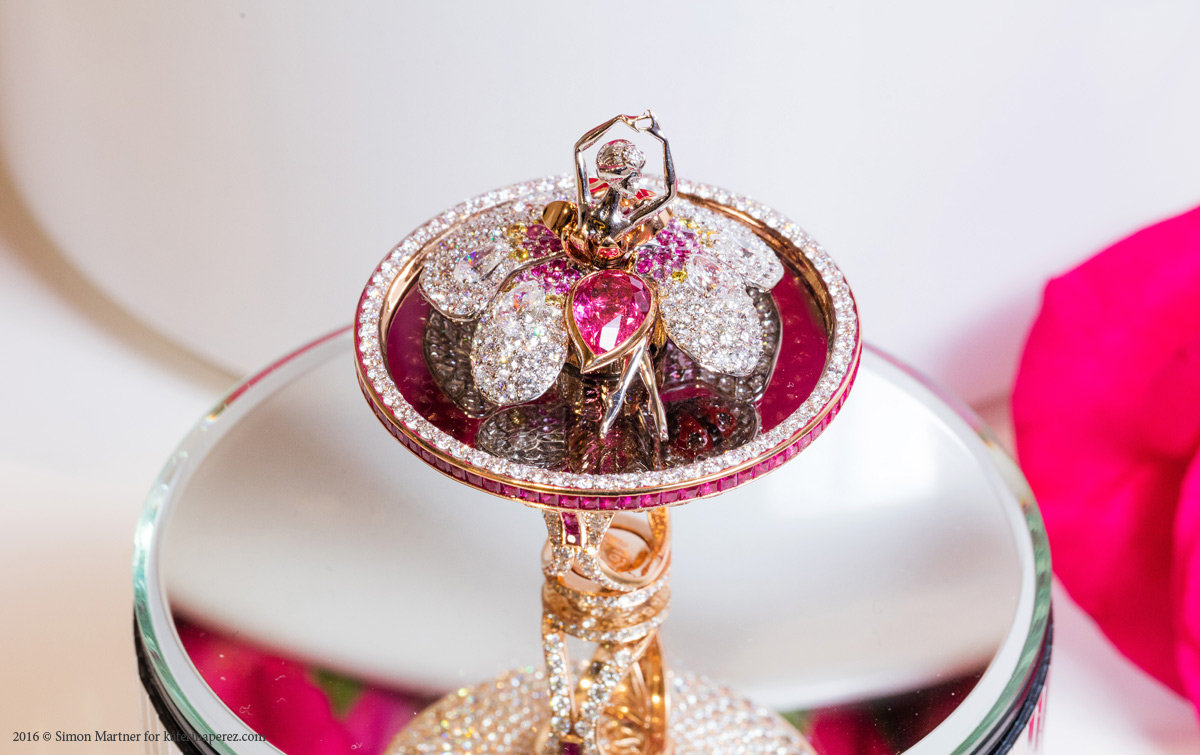 The cocktail rings that make up the Waltz of the Flowers are like cups of water with ballerinas conducting a graceful dance on its surface, adorned in a ravishing ballet gown in the form of a blooming flower. Violet, poppy, lily and orchid blooms spread their petals over sapphire glass like water in a vase, and if you look closely, you can see that the underside of the skirt of each of these miniature dancers is hiding an adorable little ladybird. Some people believe that these little bugs bring you luck, so with each jewel Sybarite are wishing luck to whoever owns it. It is remarkable the extent to which Margarita, as Sybarite’s founder and chief innovator, has carefully mapped out every fine detail, even the things you don’t see. As she puts it, there are many beautiful pieces of jewellery out there, so she likes to add a personal touch to hers.

You don’t need to be an expert in the jewellery-making process to appreciate just how much hard work has gone into the creation of the Waltz of the Flowers collection. The sheer amount of work is almost too much to comprehend: 689 drafts were needed to come up with the final design. “It took us six months to make these four rings. The sketches originally featured leaves rather than vases, but that didn’t seem quite right. Instead of plain hoop earrings to complement the rings in the set, we went for earrings with birds, but this no longer worked with the leaf motif we had planned for the rings so we changed it to butterflies. This ended up becoming a separate collection in its own right and we settled on the vases. To complete the collection we came up with some simple hoop earrings with diamonds and emeralds, and finally the whole thing came together into one harmonious whole,” explains Margarita’s daughter, Alyona. 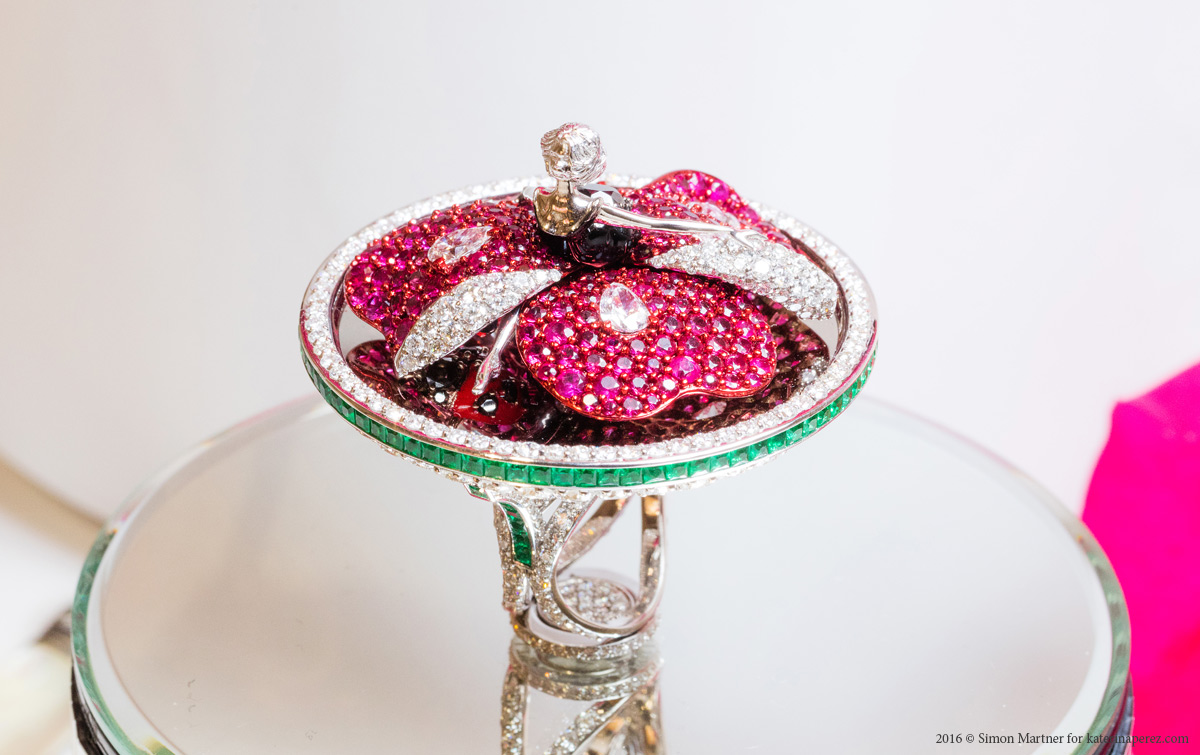 However, settling on a final design which would fit all of Sybarite’s ideas was far from the only problem they faced on the road to the finished collection. Nor was the mechanism which makes the top of the ring rotate – a typical feature of Sybarite’s designs – the hardest part of the jewellery to complete. No, that honour was reserved for the reflective sapphire glass floor giving the onlooker a mirror onto the underside of the ballet dress and the ladybirds concealed underneath. "Getting that glass was a real struggle because we couldn’t find anyone who could do it for us. In the end we had to get a chemist to create the reflective surface for us using a particular old-fashioned technique – the process took us an entire month,” Margarita explains.

It was the founder herself who made the design and modelled it in 3D, before casting the whole thing in wax. Margarita worked on every single detail, not allowing anyone to make any changes to the form or colour, save from occasional advice when she needed it from her daughter, Alyona. Together they came up with one final quirky feature which is hidden from general view: "In order to liven up the process of arranging the colours on the end of each petal decorating the body of each ballerina, we added individual letters which together read ‘happy, lucky, great’. The creation process started resembling what can be described as putting together pieces of puzzle. Now with the hidden letters each of the ballerinas has a name." Sybarite are actually developing a continuation of the line with other rings featuring different flowers – but more on that later! 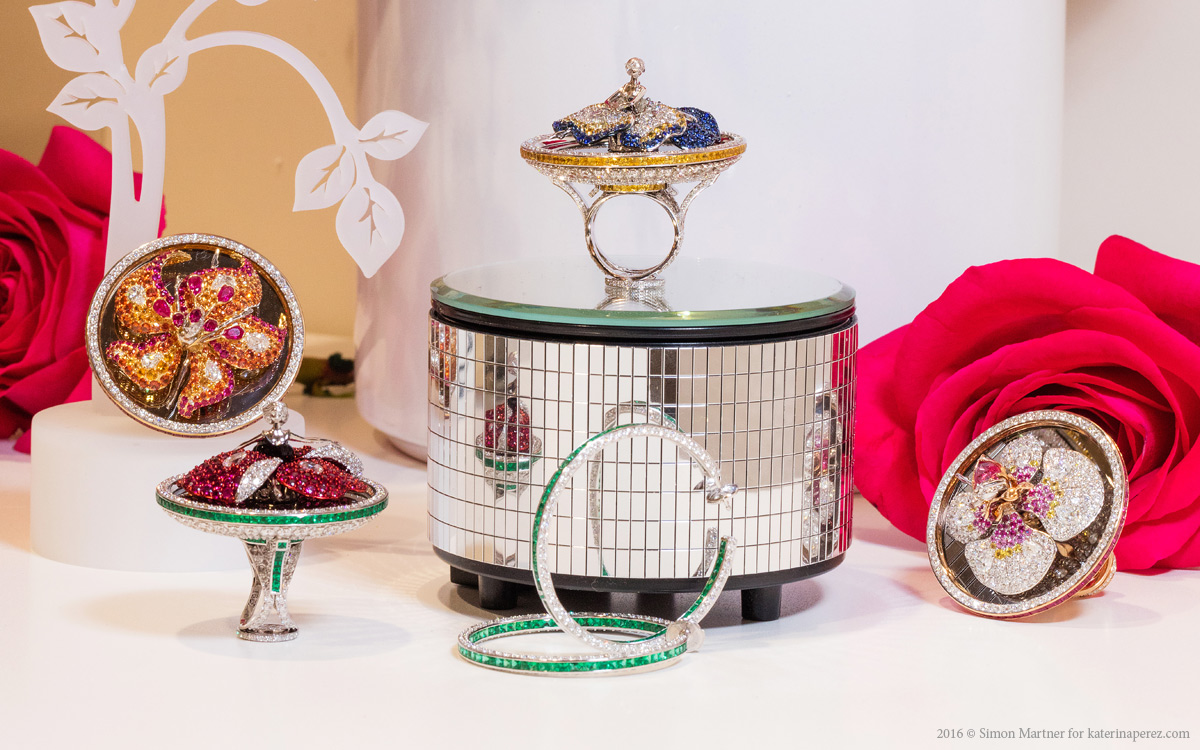