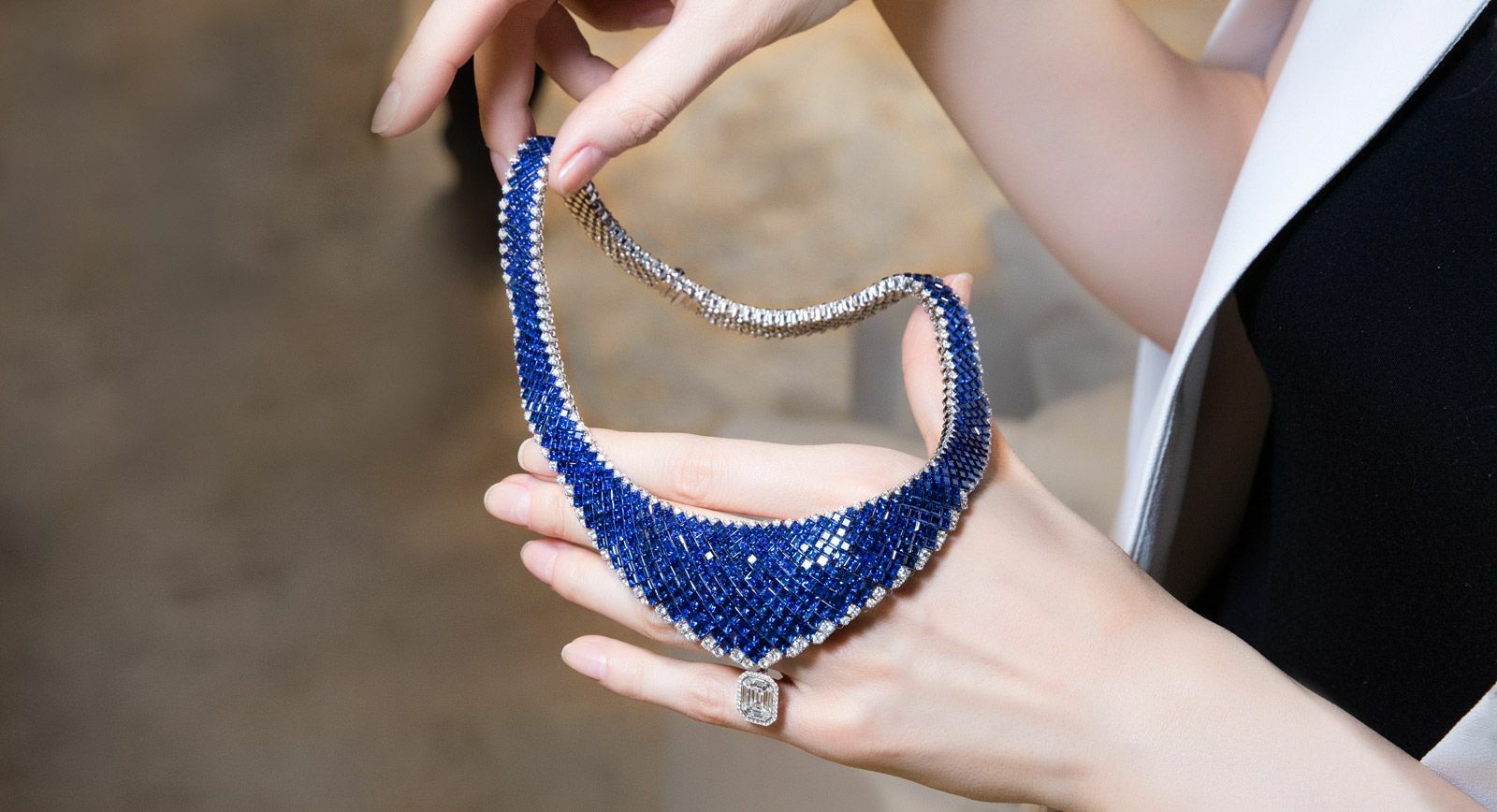 After 25 years of research and development, the German jewellery brand Stenzhorn has released its new Ovidio high jewellery collection that takes the invisible setting technique at a complete new level.

The name of collection - the Ovidio - took its origin from Ovid's Latin narrative poem “Metamorphoses”. This epic opus includes over 200 myths that describe the historical creation of the world and touch upon different themes. Of all of them, Ovid exalts the transformation, and solemnizes it in the opening of the poem “In nova fert animus mutatas dicer formas / corpora”, meaning ‘I intend to speak of forms changed into new entities’. 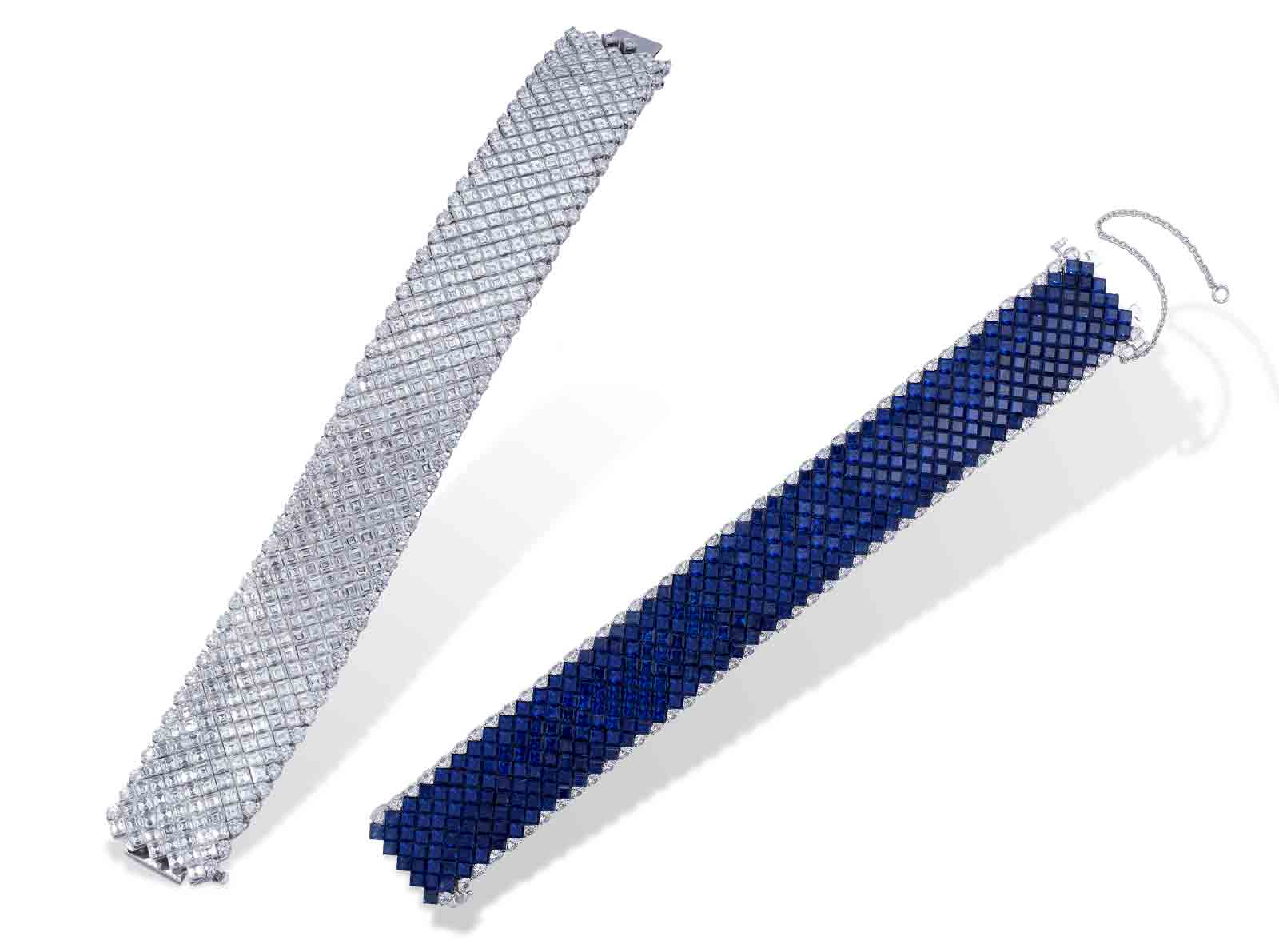 “Each of these works of art, holds the story of the thematic tensions between art and nature narrated by Ovid. It is portrayed in the harmonious perfection of the flexibility obtained in the Ovidio masterpieces, in contrast with the natural limitations of the invisible setting technique,” says Klaus.

The Ovidio pieces are made using one of the most complex ways to set stones, which the craftsmen at Stenzhorn have mastered to perfection. They do not use prongs in the invisible settings making metal vanish beneath a ‘veil’ of gems. The stones are tightly pressed against one another and form a mosaic pattern, which almost seems to have formed by itself.

Usually, in jewellery with an invisible setting, a single rigid frame is used to hold a number of gemstones that compose a design element. However, Klaus Stenzhorn found that the mobility of such items was insufficient. He decided to go further and thought up a way to create supple pieces with elements created in invisible setting. In order to take away their immobility, Klaus changed the unified construction of the pieces to a composition of a myriad of separate little “compartments” made of gold. It is precisely theses that hold the gemstones in the Ovidio jewellery and allow them to follow the curves of the body like the softest fabric.

«It was a real challenge to reach the flexibility and softness of our Second Skin collection and simultaneously maintain the look of the invisible setting which is one single piece. We had to create special tools particularly for this technique and of course set all stones by hand,” explains Stenzhorn’s founder.

Despite the large size of the jewellery made from diamonds and sapphires, they tenderly embracing the neck and wrist. The necklaces and bracelets lie on the skin, emphasising the contours of every bend of the body. The triangular neck jewellery softly adorns the neckline, and from its tip drops an emerald-shaped Muse diamond form. This element is a composition of 9 baguette diamonds, held together in an invisible setting to create the illusion of one large diamond. If desired, the Muse diamond can be removed, leaving a laconic collar without any additional elements. 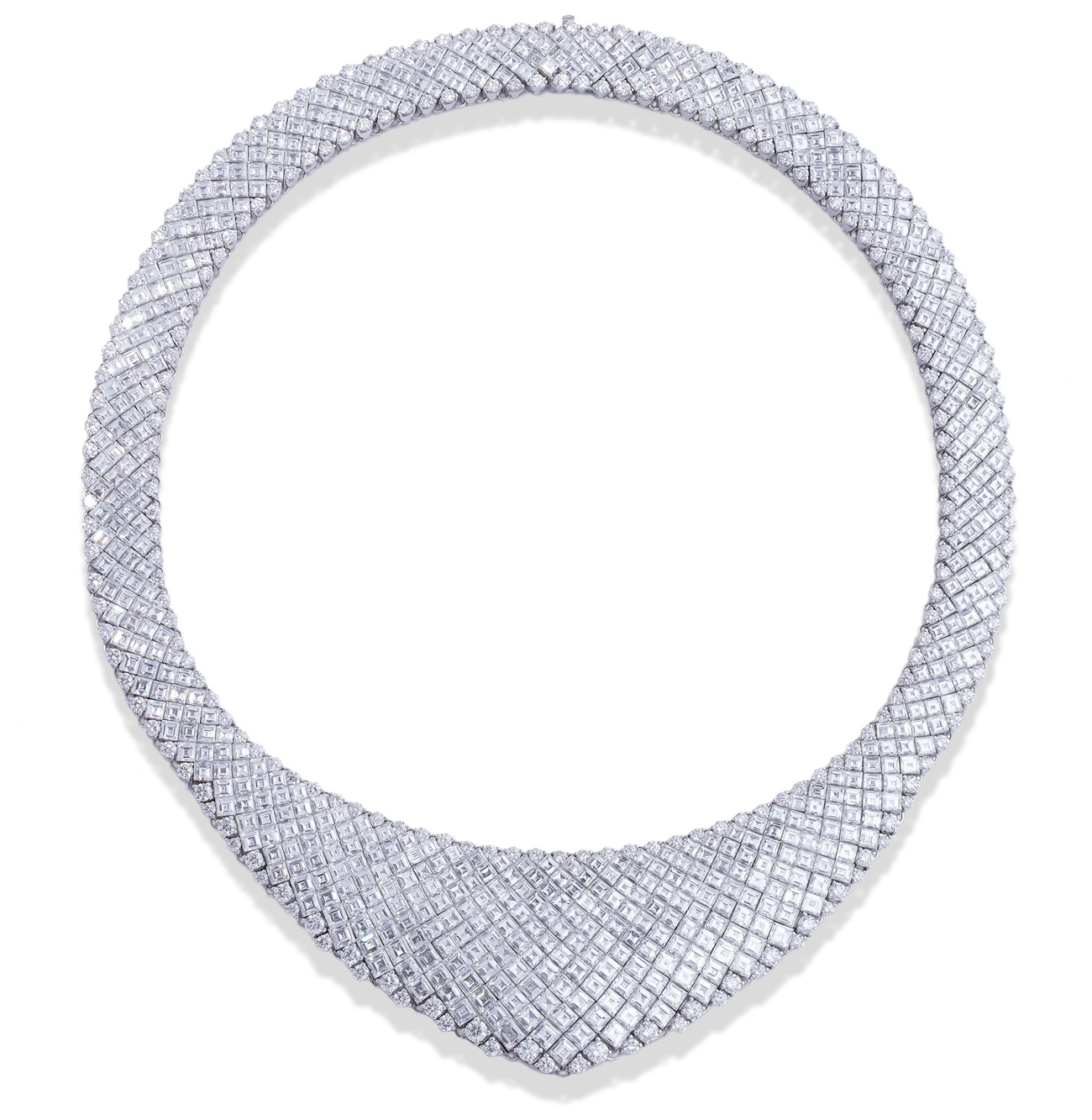 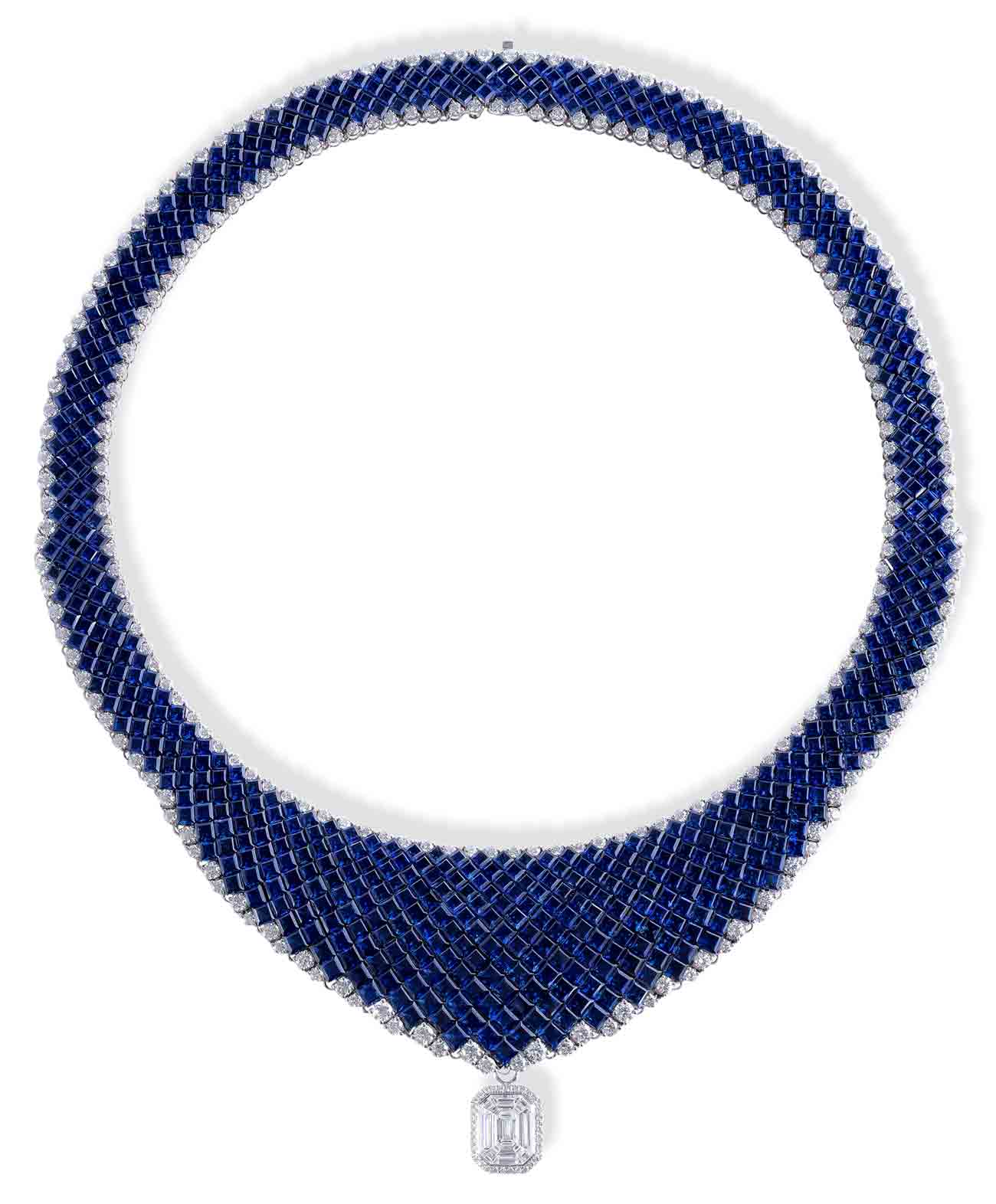 Klaus always liked to challenge himself to discover new techniques of mastering jewellery, even if initially his ideas may seem unreachable. Finding answer to his biggest challenge, for the last two years Klaus and his team have worked on the creation of the Ovidio collection. “If we consider all the steps needed to complete one single piece from stone selection and cutting to assembling, it would take 6 months for a single man to make it. In each necklace, there are about 800 stones, individually set in their own compartment”, says Klaus. Now, thanks to him, the traditional invisible setting has taken on new, more perfect forms.